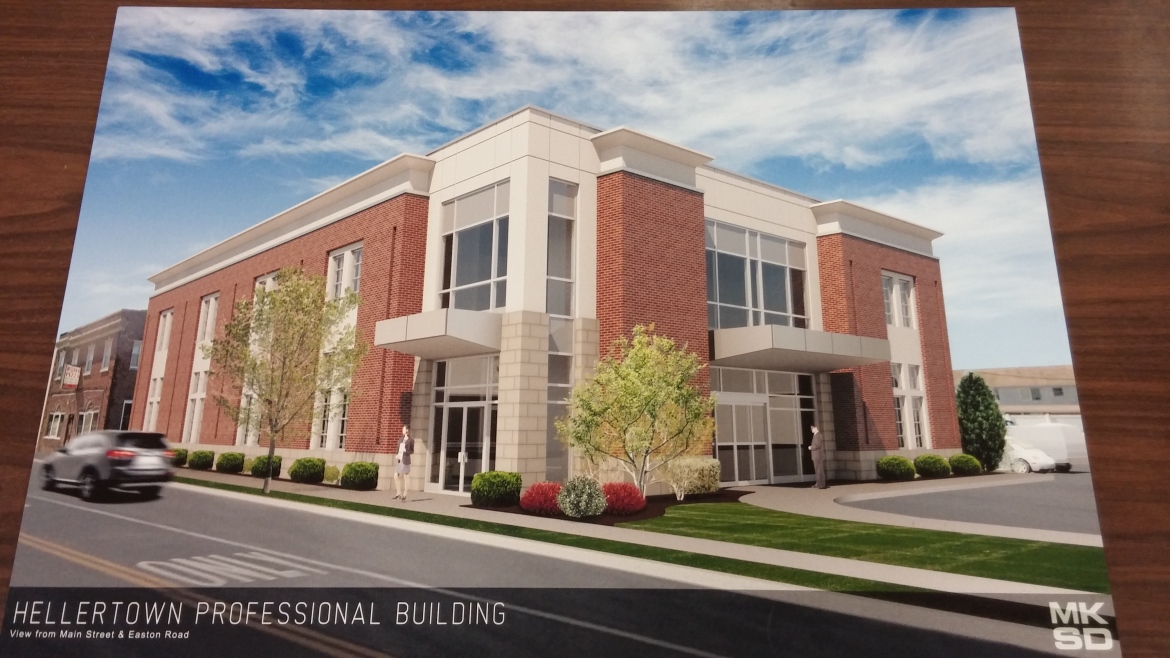 A two-story professional building is proposed for the former Murray Motors property in downtown Hellertown. 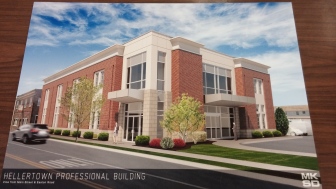 A two-story professional building is proposed for the former Murray Motors property in downtown Hellertown.

The two-story, 45-foot-long building would be built on the site of the former Murray Motors, which is in the heart of the borough’s Town Center Zoning District.

Planners complimented Pektor on the overall proposal, and called the building attractive, although several raised concerns about specific aspects of it.

“I like the fact that your building is coming up to the sidewalk…because what we’re trying to get is more of that street edge. And I like the fact that it has height and presence,” said planning commission member Maria Diaz-Joves. However, a driveway that would allow one-way access from Main Street on the north side of the building “is kind of like no man’s land at this point,” she commented.

Pektor responded to Diaz-Joves’ concern by promising to return “with some ideas on buffering” the driveway area.

“I’m a strong proponent of heavy landscaping,” he added. “As much as we can…we’ll buffer that with vegetation in our next plan.” 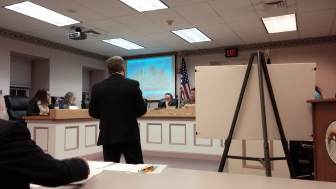 Pektor said the building’s proposed height is approximately 30 feet, which would make it six or seven feet higher than the top of the Roma Pizza building next door and somewhat comparable with the Wells Fargo bank building on the other side of Main Street.

The Wells Fargo building has an eave height of 25 feet and a ridgeline height of 40 feet.

“The effort was to try to tie everything together [with the surrounding architecture],” he said.

A parapet wall designed to conceal HVAC units on the building’s roof from street-level view could be lowered by one or two feet, Pektor explained.

Weber said he is concerned about traffic flow around the building–particularly during the morning rush hour, when there is a lot of traffic exiting the Dunkin Donuts next door via Harwi Street–an alley located just west of both properties–and Water Street.

“I’m not against the project. I’m just—I’m not convinced that the traffic flow is going to be good,” Weber said.

Mayor Richard Fluck, who was in attendance at the meeting, thanked Pektor for choosing Hellertown for his next project.

Fluck, who said he regularly visits Dunkin Donuts, also commented that he has “never had a problem getting out of there.”