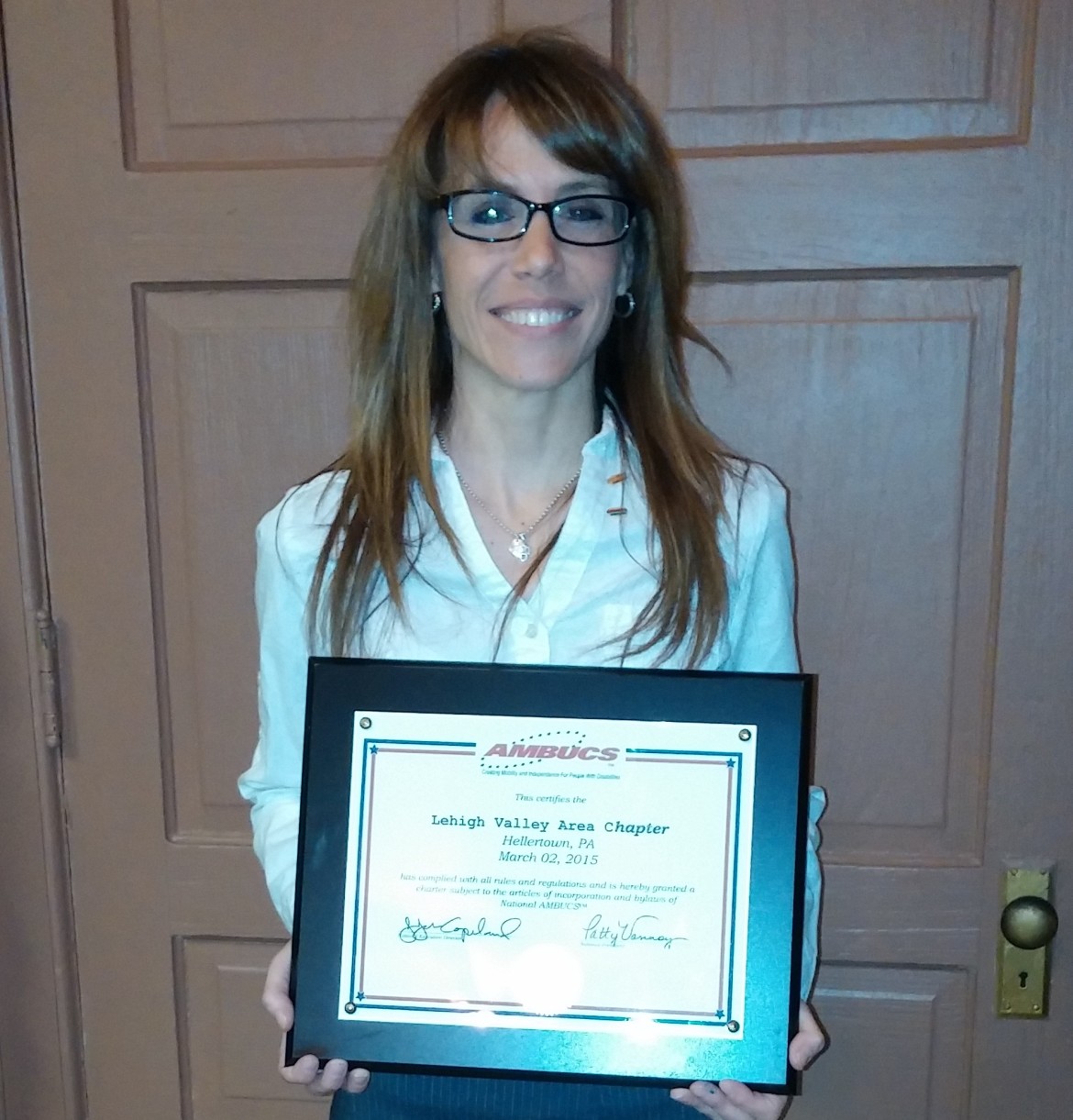 Lehigh Valley Area AMBUCS President Lori Jardel holds the charter certificate for the newly-formed chapter. Jardel is leading the group during the transition from being the Saucon Valley Jaycees to AMBUCS, which is another service organization.

A well-established area service organization–the Saucon Valley Jaycees–is beginning life anew under a different name, but its leader promises that the group’s commitment to serving the residents of the Saucon Valley will not waver. 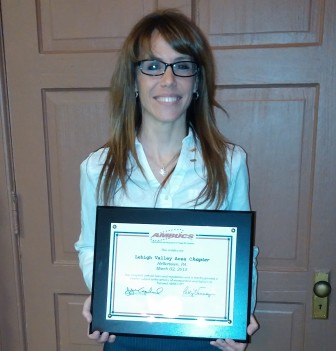 Lehigh Valley Area AMBUCS President Lori Jardel holds the charter certificate for the newly-formed chapter. Jardel is leading the group during the transition from being the Saucon Valley Jaycees to AMBUCS–another organization committed to community service.

Lori Jardel was ensconced as president of the newly-formed Lehigh Valley Area AMBUCS chapter at a dinner held Monday night at the Edward H. Ackerman American Legion Post 397 in Hellertown.

“The Lehigh Valley AMBUCS will continue the same events our community has grown to love,” she said.

Among those events are an annual free Thanksgiving dinner for Hellertown and Lower Saucon seniors, Breakfast with Santa, Dial Santa, an Easter Egg Hunt for families in Dimmick Park and a Yankee candle fundraiser.

Under AMBUCS, these events will also help raise funds to help purchase therapeutic bicycles for disabled kids (the AmTryke program), provide aid to veterans, and financial aid in the form of scholarships to therapy students.

Jardel explained that in recent years the Jaycees have struggled to maintain their membership rolls, due to the organization’s age limit that requires members to step aside when they turn 40.

The population demographics of Hellertown trended considerably younger, forty was considered older than it is today, and family structures were different when the local chapter was founded more than 50 years ago, she noted.

Representatives from other area AMBUCS groups–including the Indian Valley chapter–were on hand to facilitate the inauguration of the Lehigh Valley Area chapter Monday, and several spoke about what participation in the organization has meant to them.

National Big Hat President John K. Davis said he became “hooked on AMBUCS” when he learned about the tricycle program, which allows children who otherwise might not know the freedom of riding a bicycle to experience what other kids perhaps take for granted.

He recalled that when he first witnessed one of the unique AmTrykes being given to a child, “there wasn’t a dry eye in the place. It was awesome.”

That family became a little bigger Monday, and the expectation is that it will continue to thrive and grow in the years to come.

The new Lehigh Valley area chapter is on Facebook. 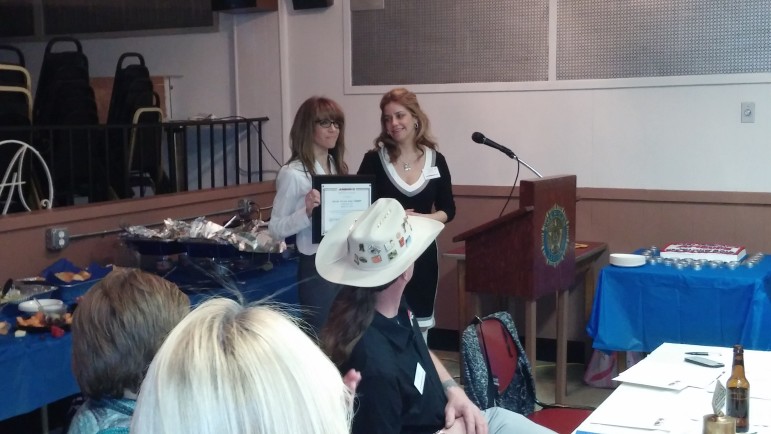 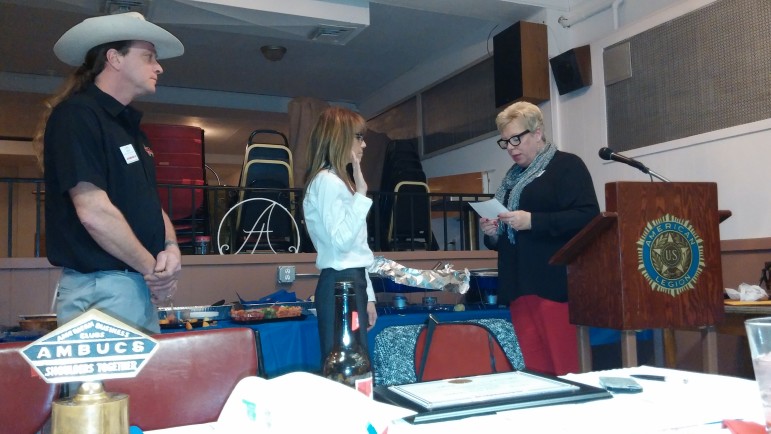 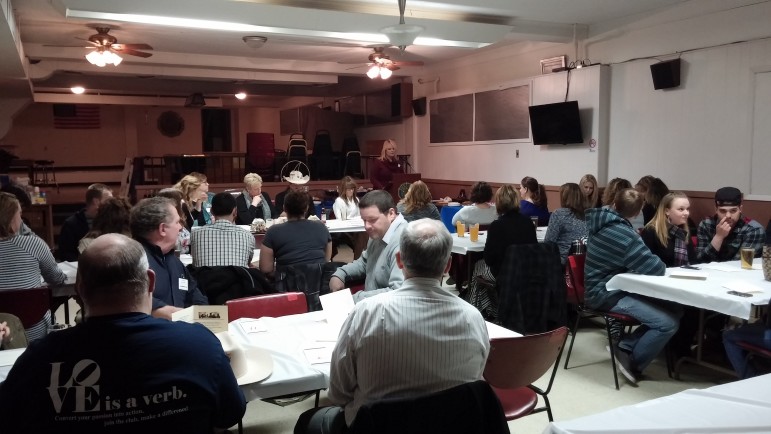