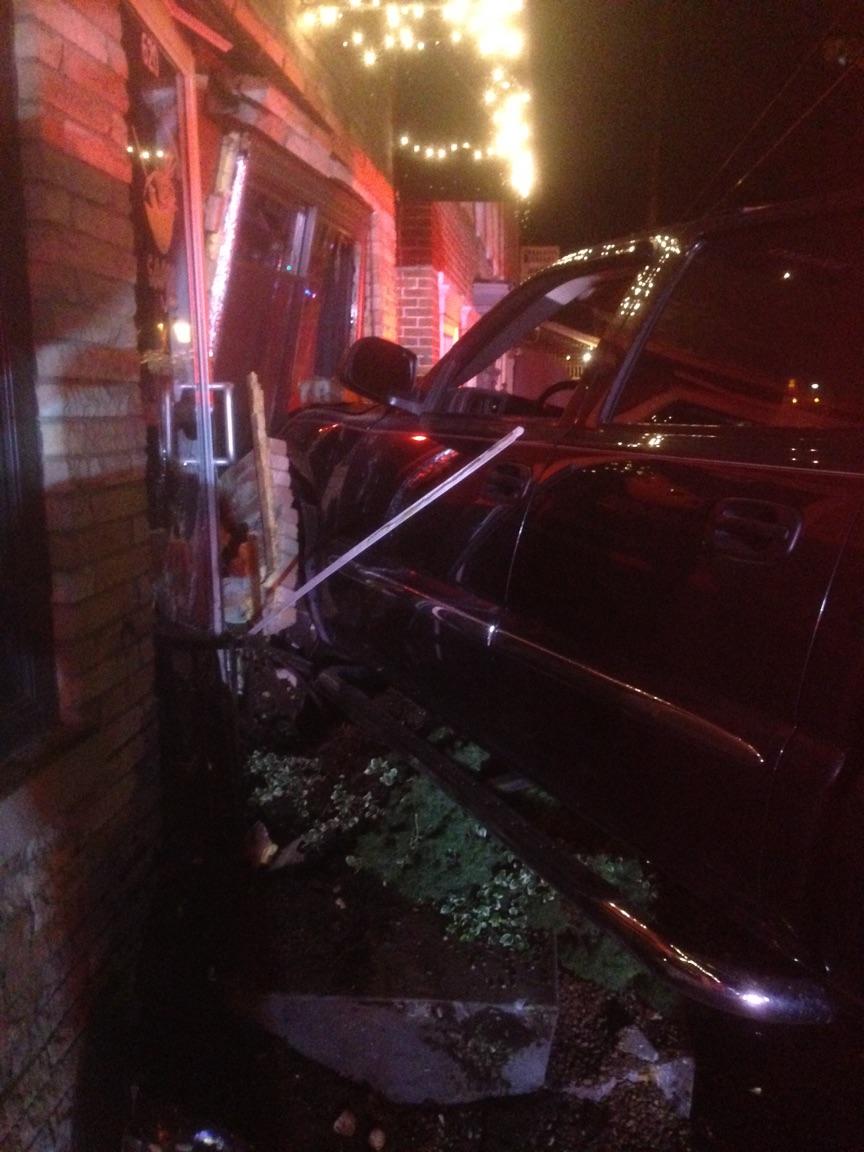 A pickup truck crashed into a popular Main Street, Hellertown restaurant shortly after midnight Sunday, drawing emergency responders to the scene and resulting in the temporary closure of Main Street–which is Route 412–at Water Street. 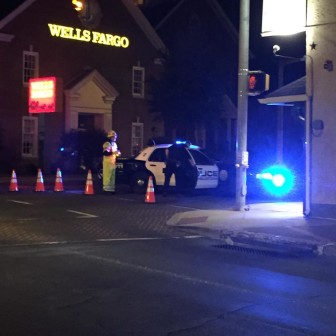 Photos taken by a reader at the scene showed a dark-colored truck embedded in the front wall of Sagra Bistro, which is located at 620 Main Street.

Bricks from the building are clearly dislodged in one of the photos, and a front window is askew.

A resident of nearby Penn Street reported that the sound of the collision was heard around the corner.

Several readers reported that a second vehicle that may have been a parked car was involved in the accident and was pushed north on Main Street when it was struck by the pickup.

Photos shared by a reader on Facebook show that car–a PT Cruiser that appears to be either silver or grey, with heavy front end damage–resting on the sidewalk on the east side of the street.

It is not yet known if there are any injuries as a result of the crash, or what caused it in the first place. However, eyewitnesses reported that a woman was taken away from the scene in an ambulance.

Lehigh Valley Breaking News on Facebook reported that advanced life support was requested and that the borough zoning officer was asked to respond to the scene.

The following photos are contributed 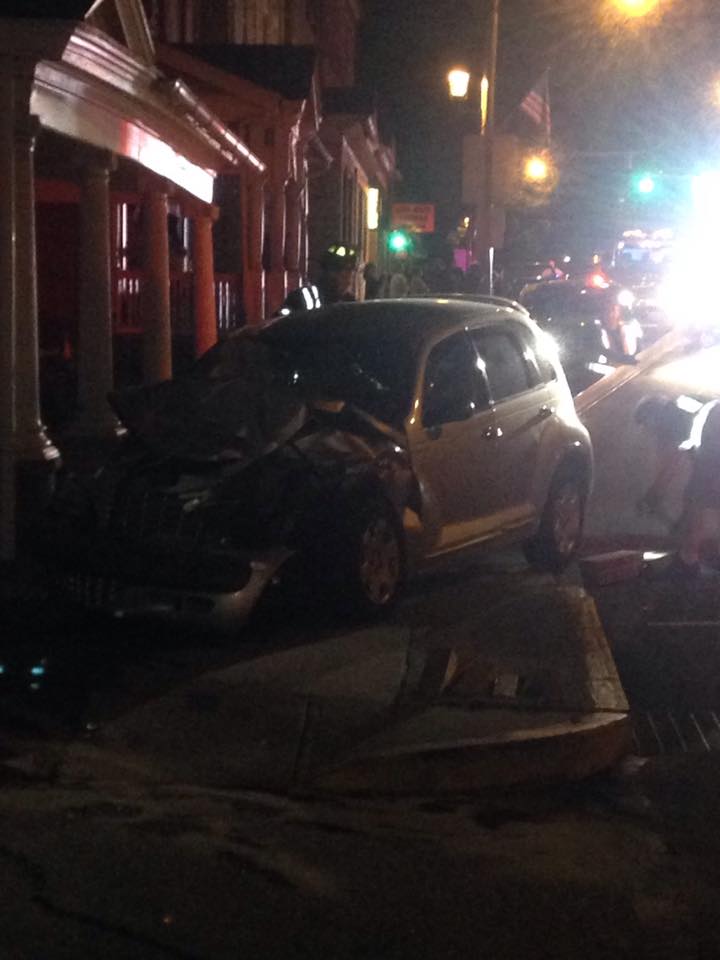 A second vehicle was propelled north on Main Street after it was apparently struck by the pickup truck that crashed into Sagra Bistro in Hellertown. 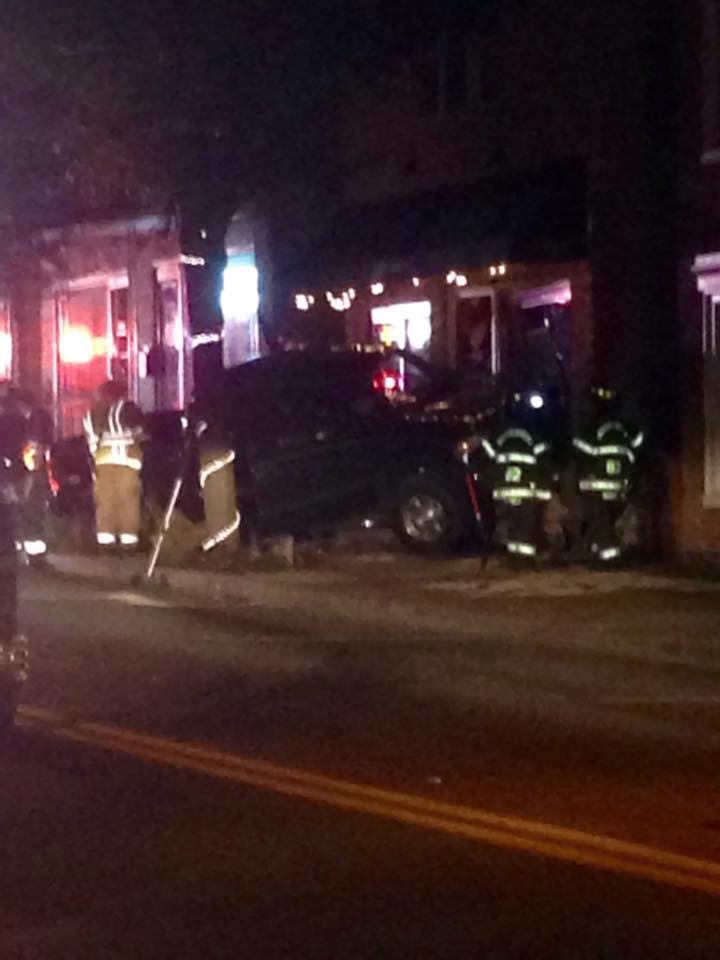 A pickup truck is embedded in the front of 620 Main St., Hellertown, following an accident early Sunday morning. 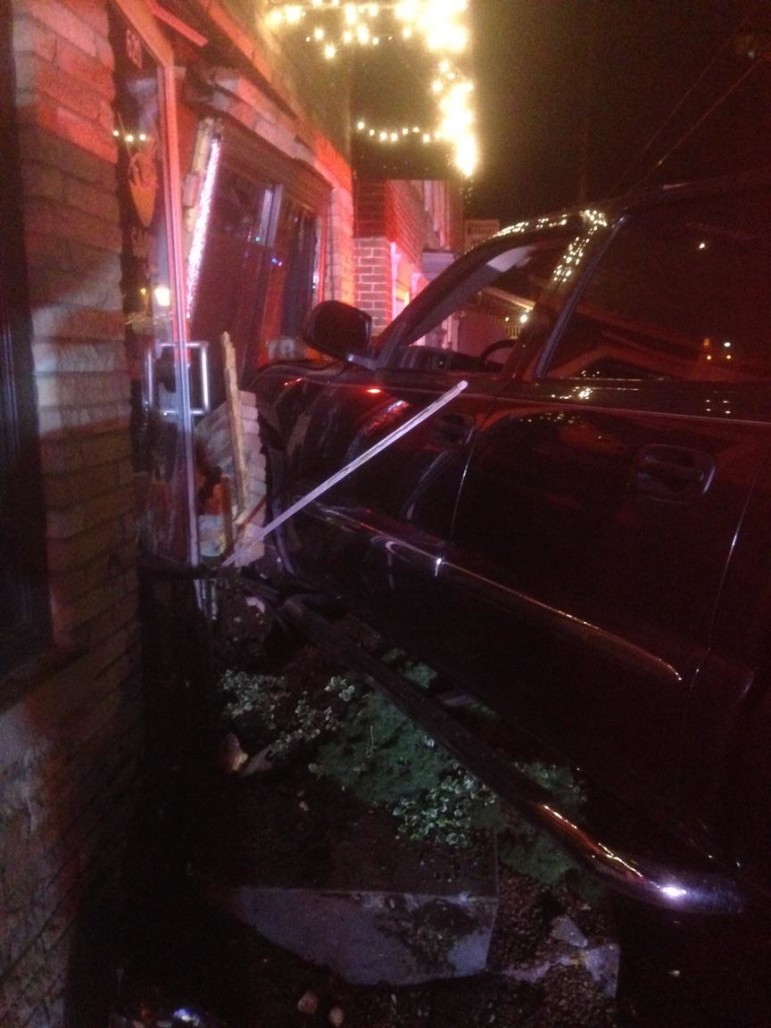 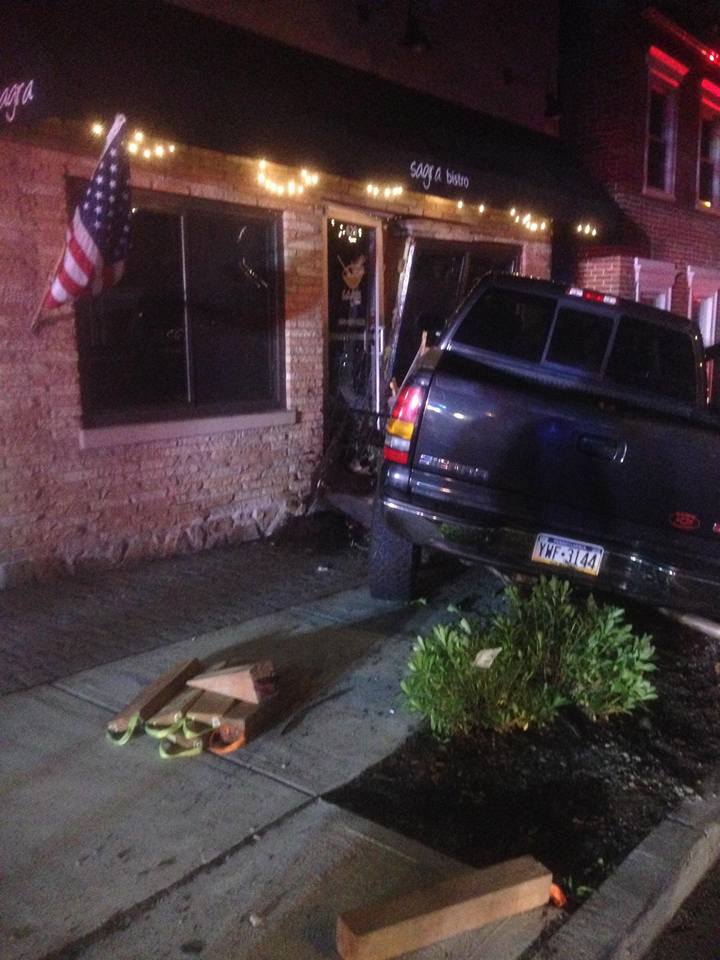