Riding ATVs is a fun hobby for many Pennsylvanians. State police, however, are not amused by their use on quieter-than-normal public roads in the midst of the coronavirus pandemic. (FILE PHOTO)

A Center Valley man is facing numerous charges after police say he drove an ATV on a borough street last week. 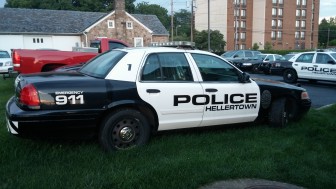 In a news release issued Thursday, the Hellertown Police Department said Taylor C. Fost, of the 5300 block of Lanark Road, was “recklessly” riding the ATV on Whitaker Street on the afternoon of July 30 when police attempted to stop him.

“(Fost) fled and after a foot pursuit was taken into custody on the 1600 block of Main Street,” police said.

During the pursuit, police reportedly blocked access to streets at the north end of Hellertown, prompting residents to speculate about a “stand-off” in a post on the Saucon Source Facebook page.

Police said Fost has been charged with fleeing or attempting to elude escape, driving under suspension, reckless driving and failure to stop at a stop sign.