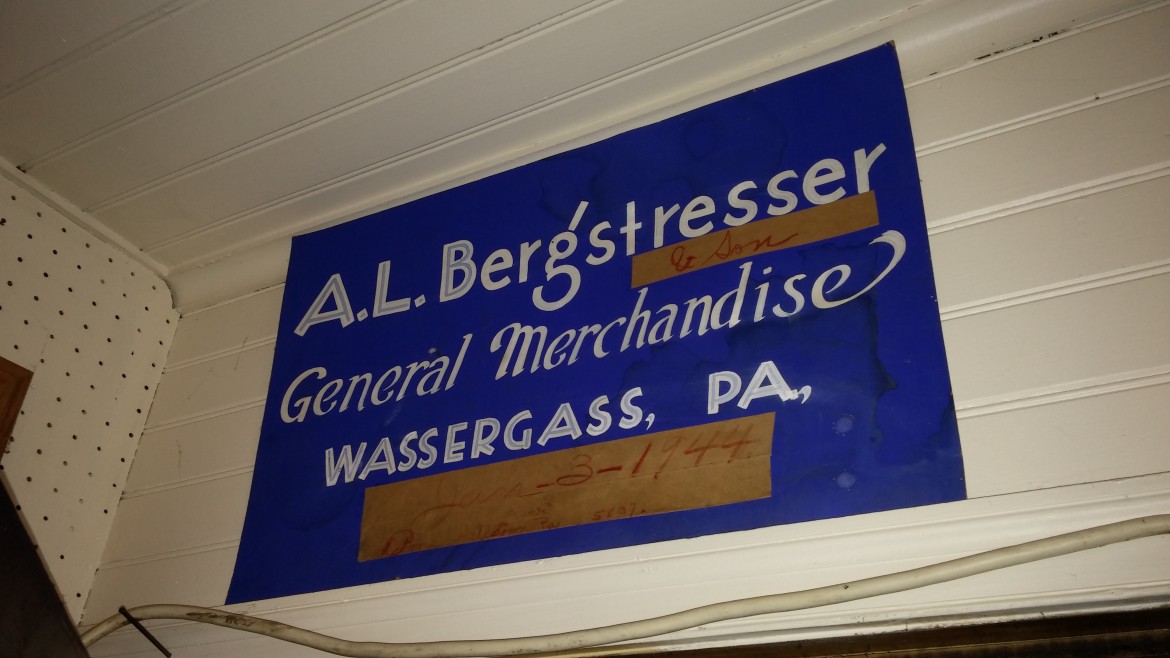 Bergy’s Mall, a landmark Lower Saucon Township country store which closed Oct. 16, will have a swan song of sorts on Oct. 30 when local PBS station WLVT-TV Channel 39 airs a segment about it on its FOCUS program; a 30-minute magazine-style show that focuses on Lehigh Valley stories. 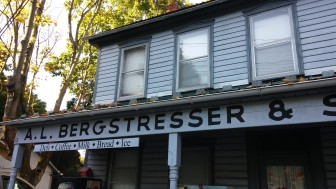 The exterior of Bergy’s Mall in Wassergass, Lower Saucon Township, has essentially remained unchanged since the late 19th century.

Charlotte O’Donnell, who ran the store for four-and-a-half years, confirmed that the recently-filmed segment will be aired in spite of the fact that the store is now closed.

She said viewers will be notified of that fact at the conclusion of the story, which is expected to include excerpts from interviews with customers.

Bergy’s was known both for its rustic decor that included store memorabilia from the past century and for its friendly, small-town atmosphere.

Residents of the township’s Wassergass section could find out about local news while picking up food staples like milk and eggs and grabbing a quick bite to eat.

FOCUS airs weekly on Fridays at 7 p.m. The show is typically re-aired twice on Sundays at 11:30 a.m. and 5:30 p.m. Be sure to check your local television listings for additional information about the upcoming broadcast.

On Friday, Oct. 23, FOCUS will feature a story about Lower Saucon’s Bechdolt’s Orchard and its commitment to preserving the land its owners have farmed for generations as part of a Northampton County open space preservation program.