It’s that time of the year again; time to visit our individual polling places and vote for the candidates we believe will deliver on their campaign promises and best serve our communities.

However, despite its importance, voting has become a scarce activity. 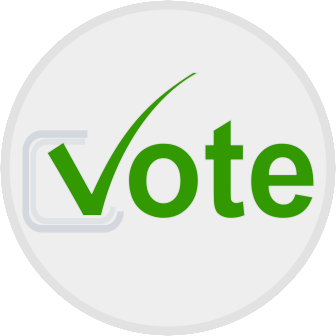 The nature of today’s politics, candidates and elected officials has led many of us to become politically apathetic. Rather than turn our frustrations and concerns with the political system and candidates into a vote, some of us opt instead to merely complain about the current political climate and those who serve our communities.

Voting certainly is not what it once was when I was a child in the 1980s. I recall visiting the polling place in Freemansburg with my grandfather and witnessing the long lines of citizens anxiously waiting to cast their vote at multiple voting machines.

Sadly, walk into any given polling place in the Lehigh Valley in more recent times and you will experience a quiet, nonactive atmosphere.

The lack of voter activism, particularly at our local levels, is troubling. The vote that should and does matter a great deal involves those running for positions such as mayor, councilperson, supervisor and commissioner, as well as county judicial positions.

The late former Speaker of the U.S. House of Representatives Tip O’Neill’s (D-MA) classic short treatise on politics sums it up best in the title of his book, “All Politics Is Local.”

Much of what we need and desire on a daily basis is delivered through our local municipal staff and elected officials. Police, fire and emergency services, as well as public works and recreation departments, work to ensure our daily lives function as smoothly as possible.

Are such services perfect? Not always, but without them life would be much more difficult.

Those who serve our individual communities at the local level generally do so with a zeal and passion to try to make a positive difference.

While individual views differ on who is the best candidate for office, many local political candidates enter politics because they are driven by a desire to serve others and address some of the deficiencies plaguing their communities.

How do we change the current atmosphere of politics?

The simplest solution is to vote. Take your disappointment and disinterest in the political process, elected officials and candidates, and make your voice heard tomorrow.

If there is an issue in the Hellertown-Lower Saucon area you feel particularly concerned about–vote. If there is a candidate or candidates you think could and will address that issue of concern–vote.

American journalist and political commentator E.J. Dionne said, “A nation that hates politics will not long survive as a democracy.”

We should all take part in ensuring the preservation of American democracy by showing up at our polling places tomorrow.

And, we should all take part in ensuring our local communities flourish by voting for those running for elected office at the local level this election day.

Bethlehem resident Mark Reccek began reporting in 2010. He is currently a distressed debt reporter for Prospect News, an online publisher of stock market and financial news. He also serves as a web reporter for WFMZ and the Lehigh Valley Press weekly newspapers. A Lehigh Valley native, Mark graduated from Lehigh University with bachelor’s and master’s degrees in political science. He also holds a law degree from the University of Detroit Mercy School of Law. He is a veteran of the United States Marine Corps, having served active duty from 1996-2000.