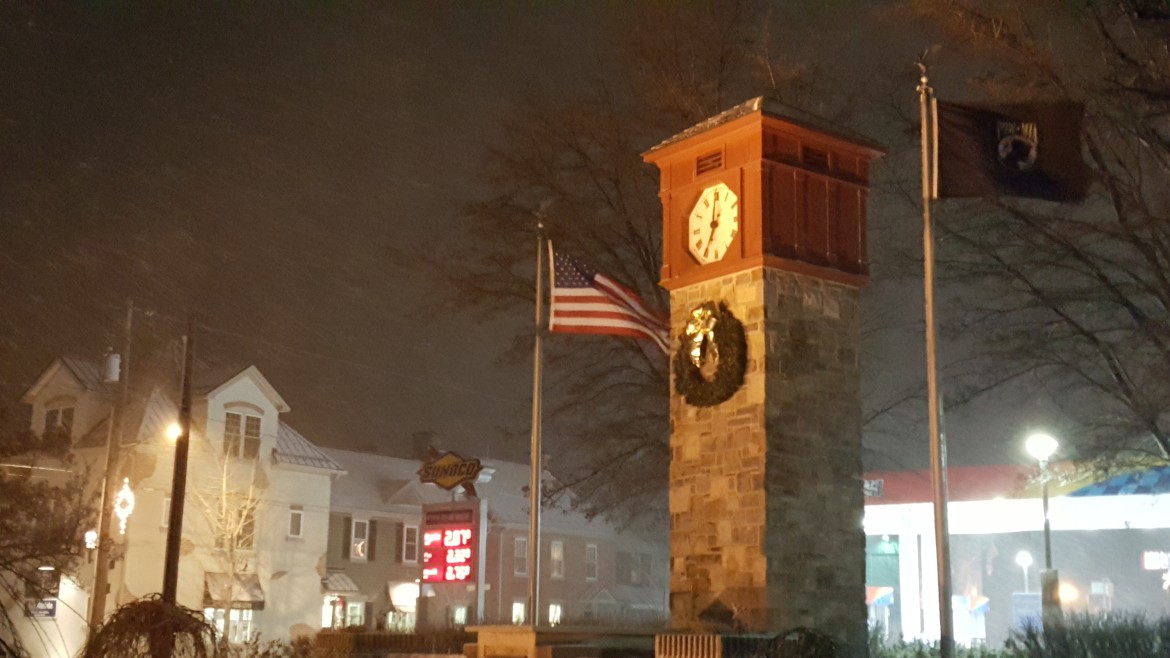 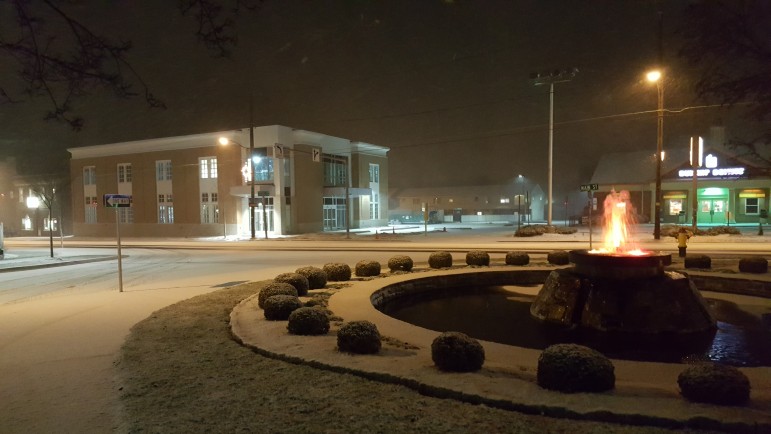 Snow covers Detwiller Plaza, as well as the intersection of Main Street and Easton Road in downtown Hellertown on Jan. 12, 2016.

The first measurable snow of the 2016 winter season fell in Hellertown Tuesday night, two-and-a-half weeks after Christmas and much later than is typical.

The snow blew into town as part of a squall line that accompanied a cold front.

Less than an inch of snow fell, but it came down in a burst, briefly dropping the visibility throughout the area and slowing traffic on local roads.

Temperatures behind the cold front are forecast to drop, although they are predicted to rebound somewhat by the weekend, ahead of another storm that could bring rain and snow. 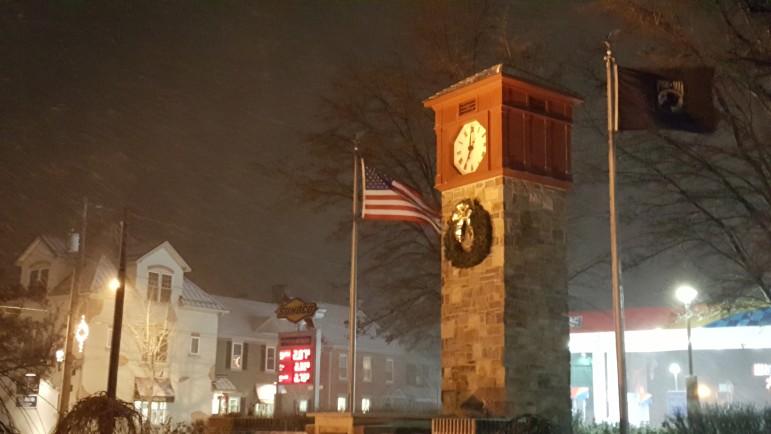 Flags on either side of the plaza clock tower flap in the stiff wind that accompanied Tuesday night’s sudden snow squall. 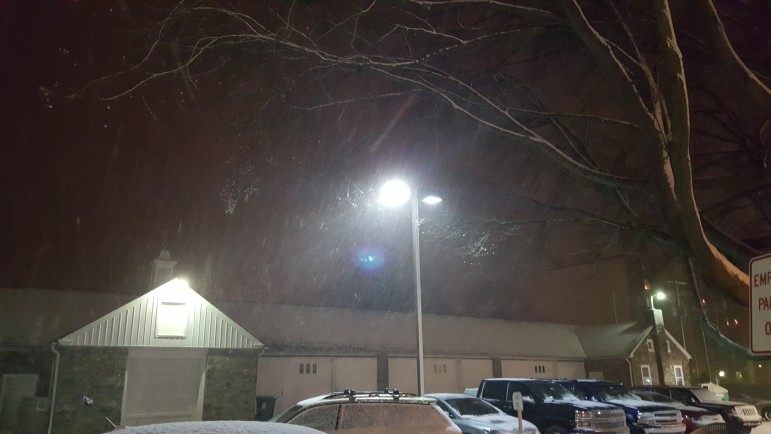 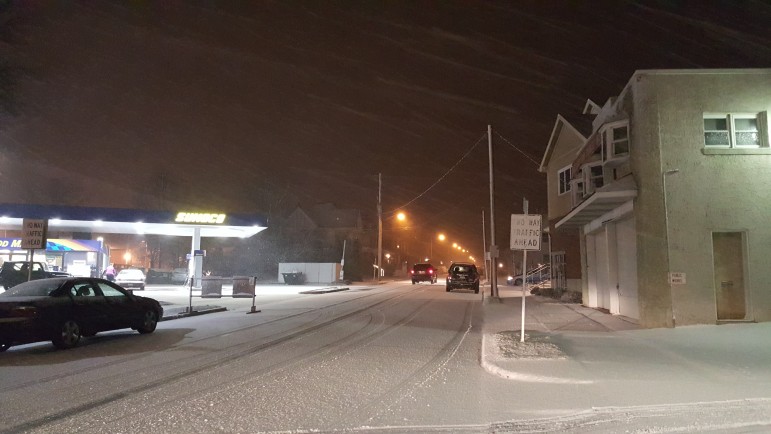 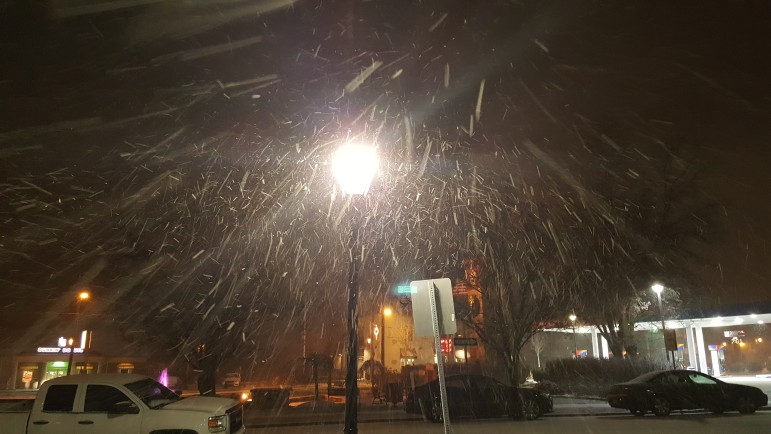 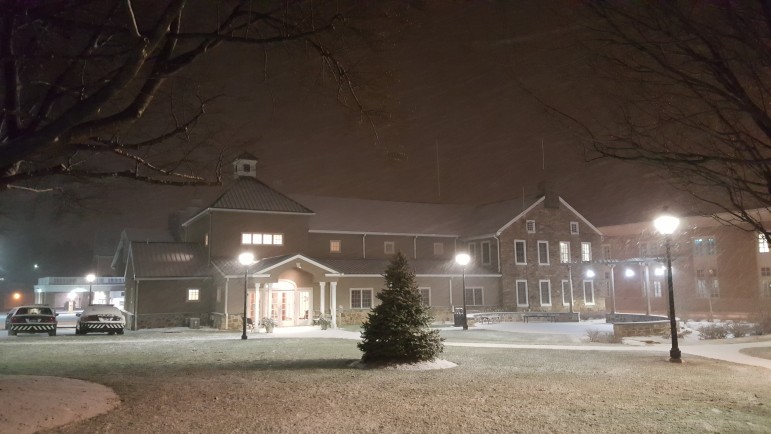