A Lower Saucon Township man has been charged with three counts of disorderly conduct and one count of terroristic threats following an incident at the Northampton County Courthouse in Easton Monday, in which authorities say he threatened to stab a sheriffy’s deputy and kill his family, and wrote an obscenity and drew a swastika on a window with his own saliva, the Morning Call reported. 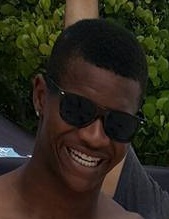 DeSean Redwine, 21, of the 1800 block of Viola Lane, was in a courtroom at the courthouse because of a protection-from-abuse case, and was ordered to leave the courthouse after he allegedly began to intimidate witnesses and an attorney involved in the case, the newspaper reported.

Redwine then allegedly engaged in an aggressive game of cat-and-mouse with the deputy from outside, making a hand gesture in the form of a gun, running off and returning in his car, before revving its engine and driving around the courthouse until he was apprehended, Lehigh Valley Live reported Monday.

Redwine has been committed to Northampton County Prison in lieu of $100,000 straight bail, which he was unable to post, according to court records.

A preliminary hearing in his case is scheduled for July 18 at 9:30 a.m. before District Judge Daniel G. Corpora.