The aunt of the 11-year-old Lower Saucon Township critically injured when a large section of a tree fell on her family’s campsite at the Knoebels Campground in Elysburg, Northumberland County, during a severe thunderstorm Tuesday, said in a Facebook update Thursday that her niece is proving to be a ‘fighter.’ 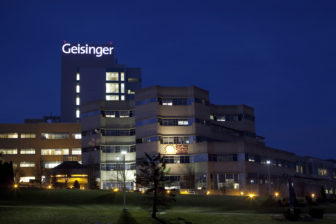 Keeney suffered a traumatic brain injury at the same time that several other family members were injured, including her 40-year-old father, St. Luke’s University Hospital trauma surgeon Scott Keeney, D.O., her brother Ryan Keeney, 8, and her sister Grace Keeney, 4. All of the other family members except for Caitlyn were released from the hospital Wednesday.

They were camping near Knoebels Amusement Park when the storm passed through the area with 50 mph winds Tuesday at about 4:30 p.m., reportedly knocking out power to more than 1,800 customers in nearby Sunbury.

WNEP Channel 16 reported Wednesday that the section of the campground where the 40-foot section of tree fell had been closed off, and that there’s an ongoing investigation into the incident by Locust Township Police and amusement park officials.

Caitlyn Keeney is a sixth-grader at Saucon Valley Middle School and there has been an outpouring of support for her and her family via social media since news of the accident broke, with hundreds of area residents sharing sympathy and offering prayers.

Caitlyn’s aunt granted permission to Saucon Source to share the update about her niece’s condition, and said she was sure her mother “would want everyone to know” Caitlyn is fighting to recover.

In her Facebook post to friends Wednesday, Jenny Canning wrote that Caitlyn’s doctors’ goal was to “maintain a reasonable pressure” in her skull to help minimize swelling over the next few days. “So far, things are as optimistic as possible,” she said. “(Caitlyn) has had some purposeful movement which is a very good indicator for a positive outcome. Still, we are in the worst waiting game of our lives. She has a long road to recovery and we will not know, for some time, what level of function she will regain. Please pray for Caitlyn and hold your babies extra tight tonight.”