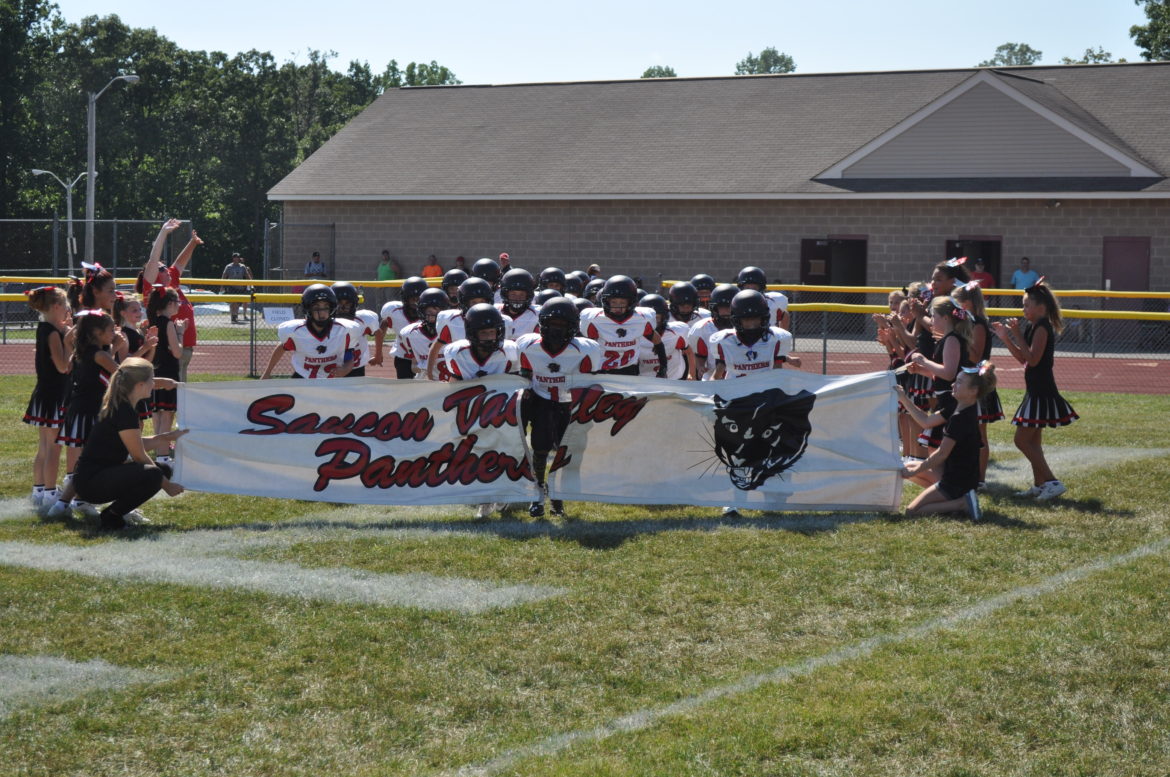 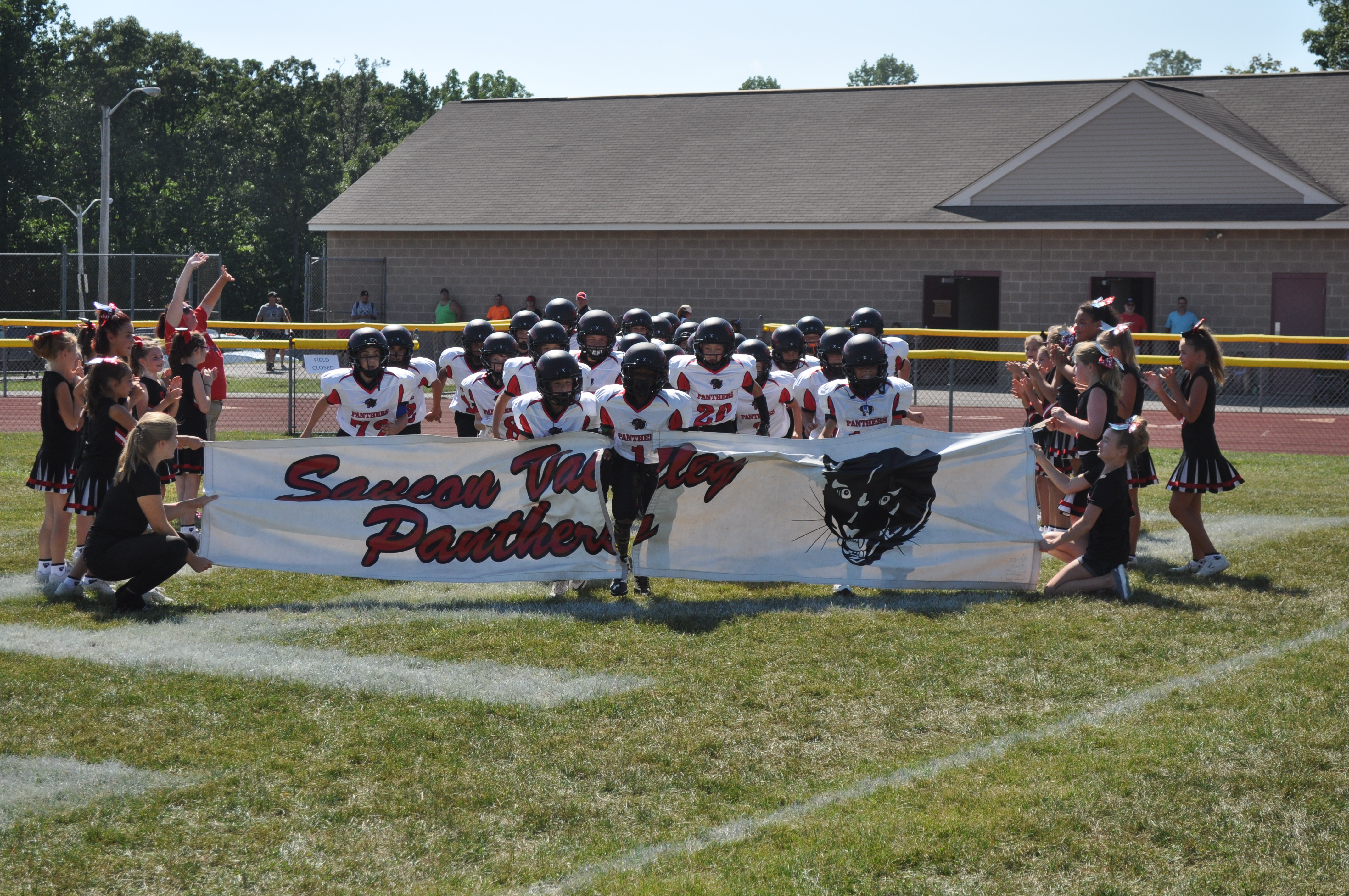 The Little Panthers officially take the field for the first time in 2016!

Sunday was opening day for youth football in the Lehigh Valley. The four levels (Flags, 90s, 110s and 130s) of the Saucon Valley Little Panthers play in the Colonial Youth Football League and started their season at Bangor. It was the first of eight regular season games.

This season the Saucon Valley youth coaches are going to recognize the efforts of their boys and girls as they participate in the football and cheerleading experience. Saucon Source is proud to be partnering with the coaches to share the kids’ successes this season with you!

Football will recognize a player or two every week with a “Panther Pride” recognition award. The cheer coaches will choose one or two of their girls and identify them with a “Panther Spirit” award.

The recognition of the kids can relate to anything from effort or enthusiasm to the acknowledgement of a great performance. Maybe the award will be for being a good teammate or volunteering their time. It can be for any number of positive things.

The recognition is a fun and special way for the coaches to show their appreciation for the hard work and dedication the boys and girls invest in the football and cheer programs. 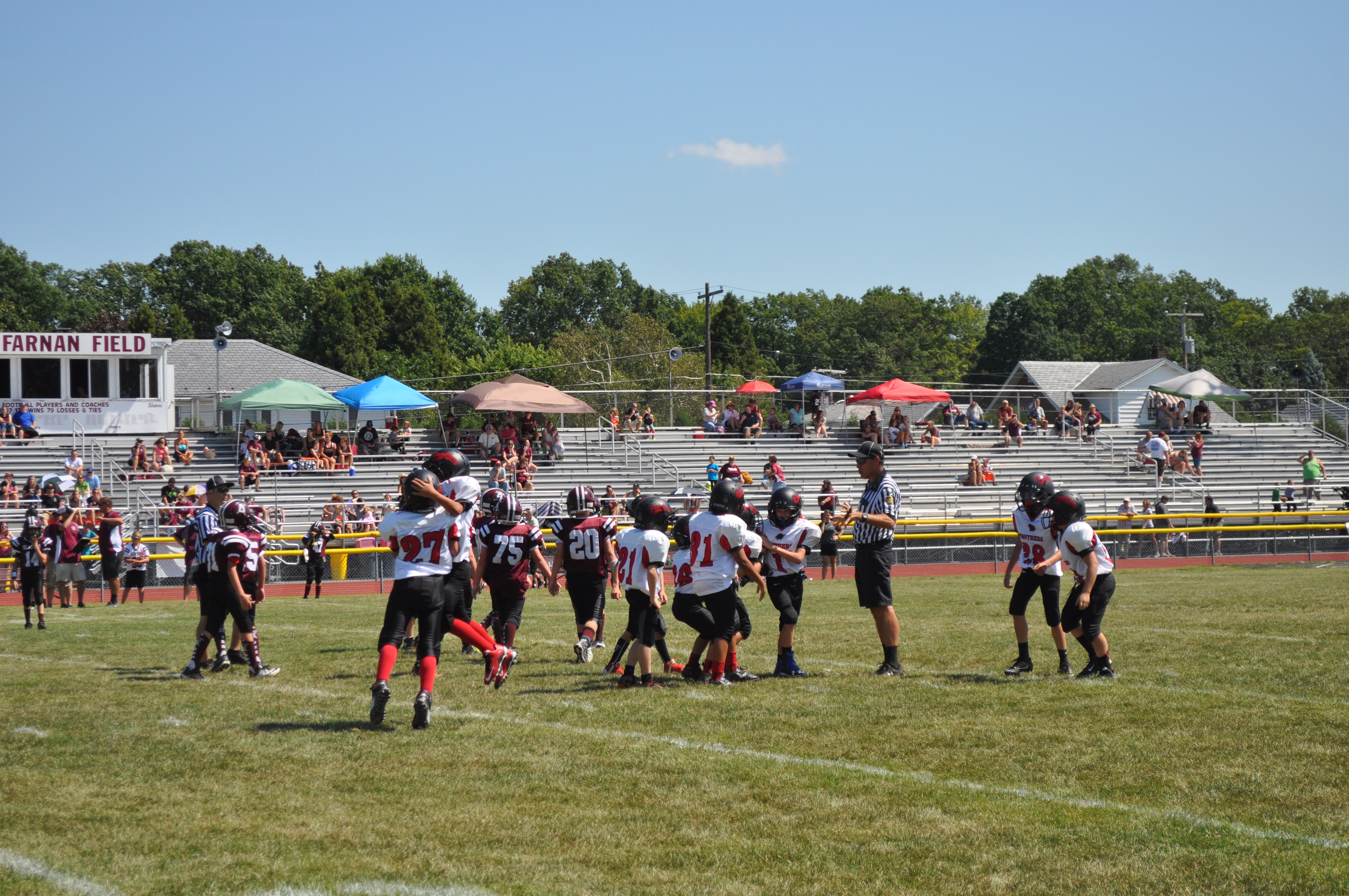 The 110s played with great enthusiasm against Bangor.

So, without further delay, let’s turn on the spotlight and see who it shines on! 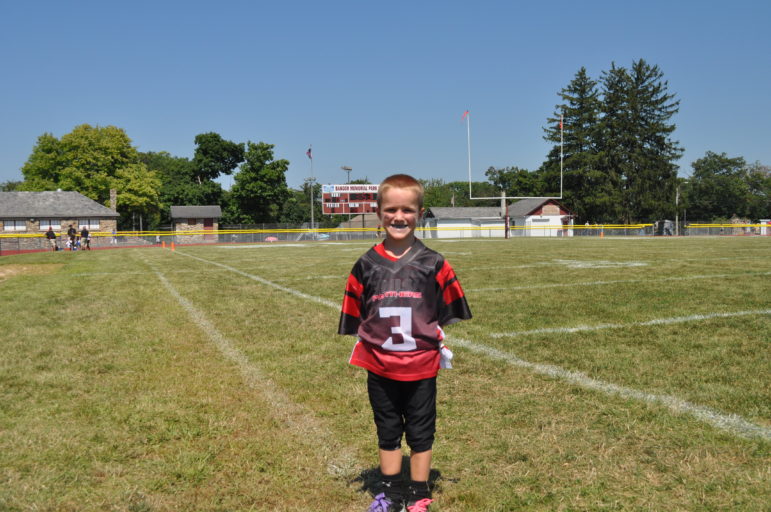 Game Summary: The 90s battled hard but came up a little short against Bangor, dropping a close one, 14-0. Joe Peterson played like a “Manster” at offensive and defensive tackle against Bangor. 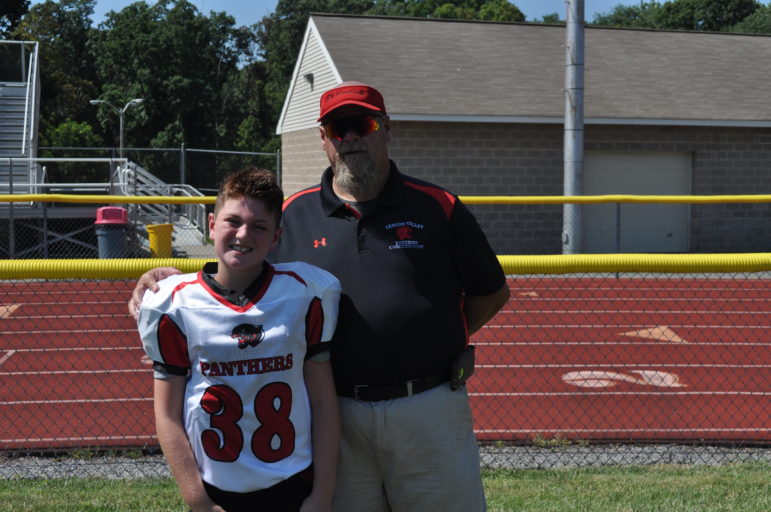 Game Summary: The 110s were hitting on all cylinders. They had multiple willing tacklers and solid runners. Constantine Donahue and Omar Torres would have made the great Chuck Bednarik proud with their standout play on both sides of the ball. Congrats guys! 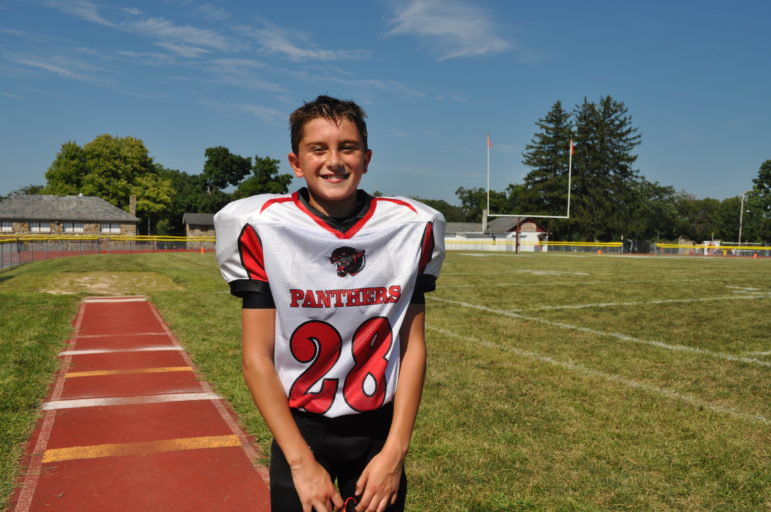 110 running back and linebacker Constantine Donahue. 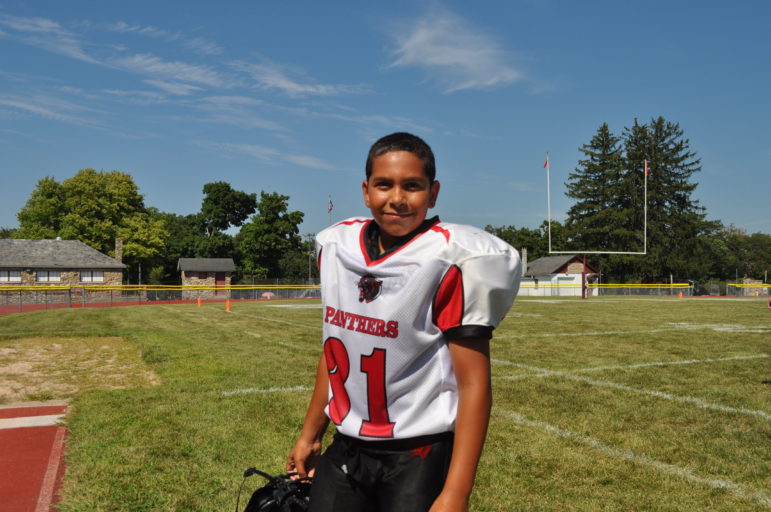 Nose-guard and fullback Omar Torres is also on the 110 team.

Game Summary: The Panther 130s got much better as the game went on. However, they lost 12-0 to a bigger and more experienced Slater team. Anthony Orlemann from his quarterback position threw the ball very well to wingback Connor Nicholas. These boys had a special connection Sunday. 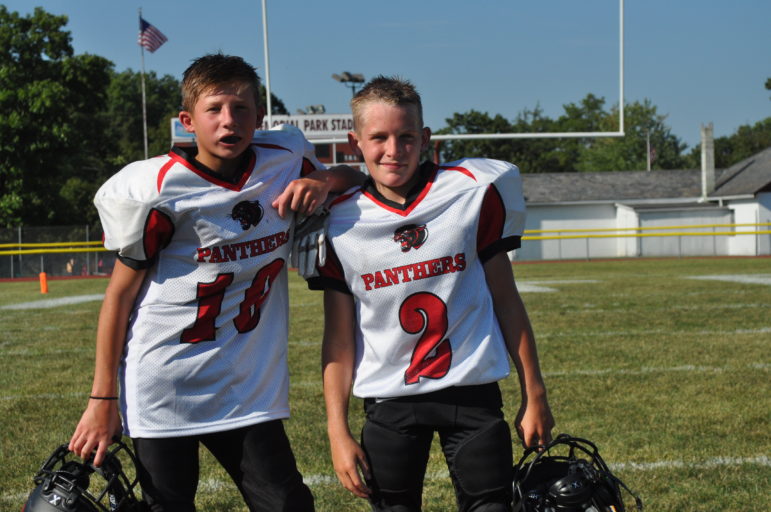 Next Sunday the Little Panthers take their talents to Williams Township to battle the Rams. The Flags are scheduled to kickoff at noon followed by the 90s at 1:30 p.m. The 110s kickoff at 3 p.m. with the 130s at 4:30 p.m.

Best wishes to all the Little Panther players and cheerleaders. The Source is with you!