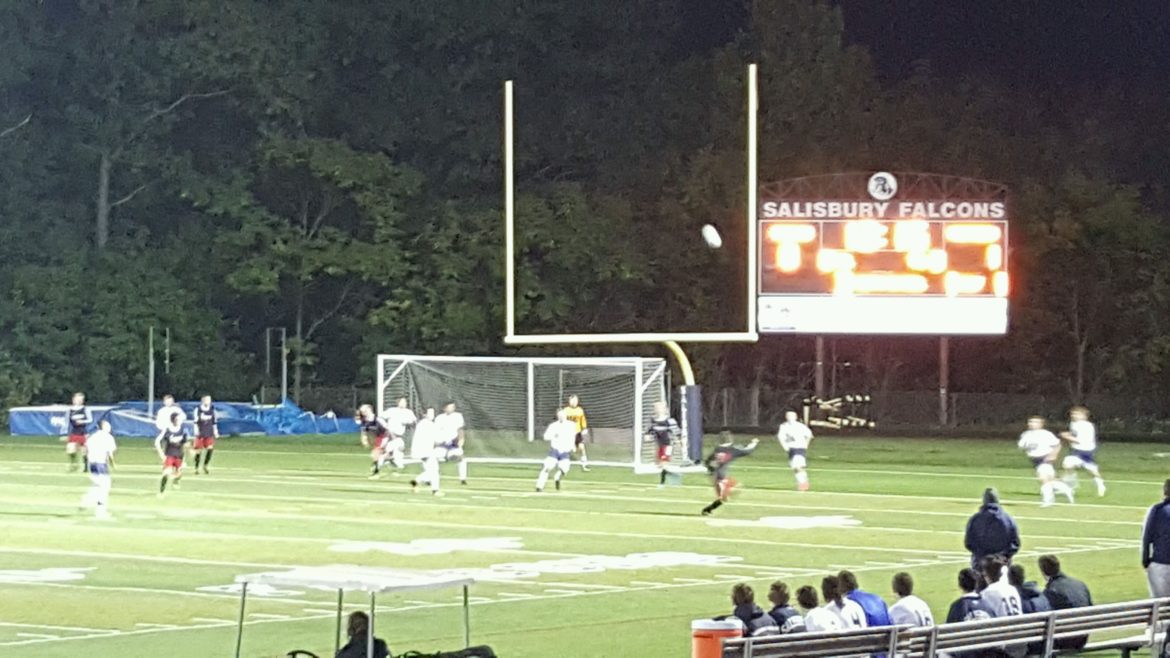 Deviating from the usual schedule of varsity playing first, Saucon’s JV team took on the Salisbury Falcons JV soccer team first. Sophomore Jakob Raven put one in the net within the first 10 minutes of the game. The Falcons then tried, but couldn’t rally. Although they had several shots on goal they failed to get one past junior goalkeeper Keaton Story. Following the win, the JV team’s record is 6-1-0 in the league.

After the JV game, the varsity boys took the field under the lights. The Panthers came out fighting and senior Ryan Smith shot a beautiful goal with 18 minutes left in the first half. After a lot of back and forth, and with only 18 seconds left in the first half, the Falcons answered with a goal of their own to tie it up 1-1.

The Falcons came out fast and furious in the second half by scoring in the first 16 seconds. Things then began to get heated on the turf and two Salisbury players received yellow cards within two minutes of each other. A referee had to address the Salisbury fans as a result of the complaints and yelling after the yellow cards.

Saucon senior Josh Snead tied up the game in the second half, leading to overtime play. The first overtime was scoreless, which resulted in the second overtime.

Neither team scored in the second overtime, and the game ended in a tie, 2-2.

The varsity boys team will next take on the Quakertown Panthers at home Thursday starting at 4 p.m. Senior Day will be Saturday, Oct. 8 at home at 10 a.m.

Note: This story includes information and photos contributed by a parent-attendee at the game. 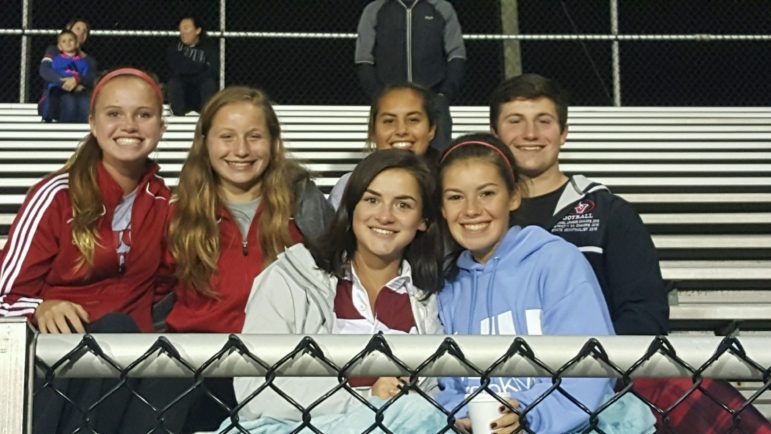 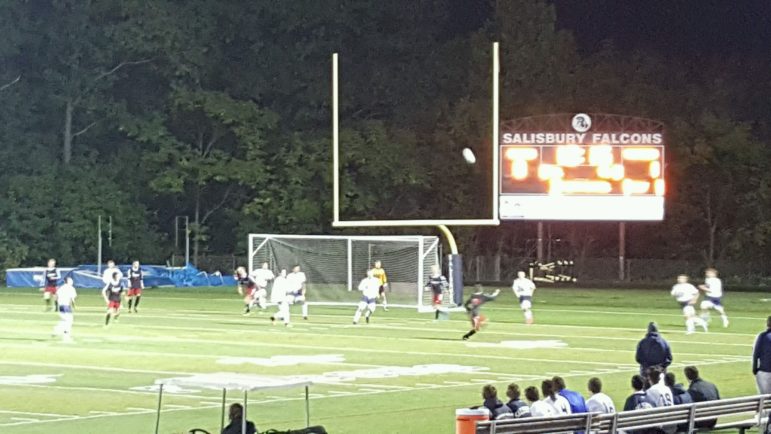 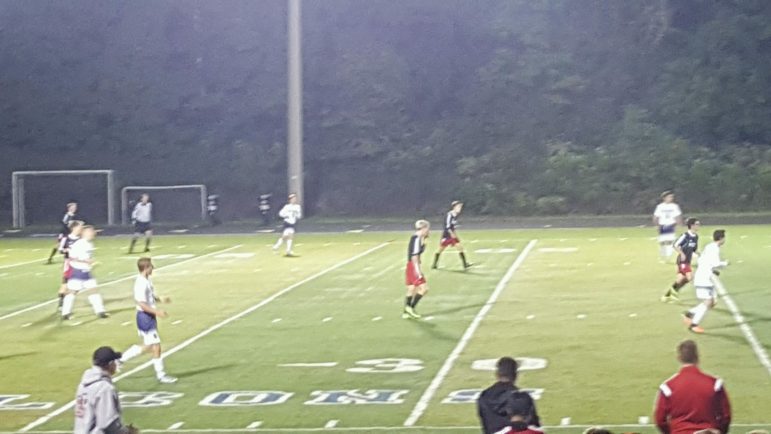 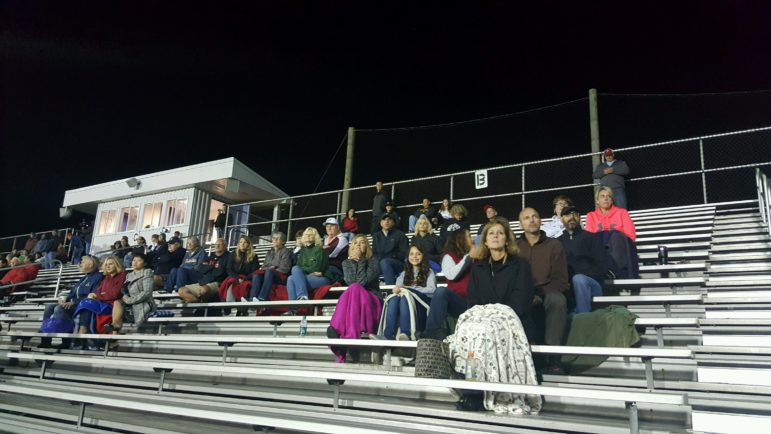 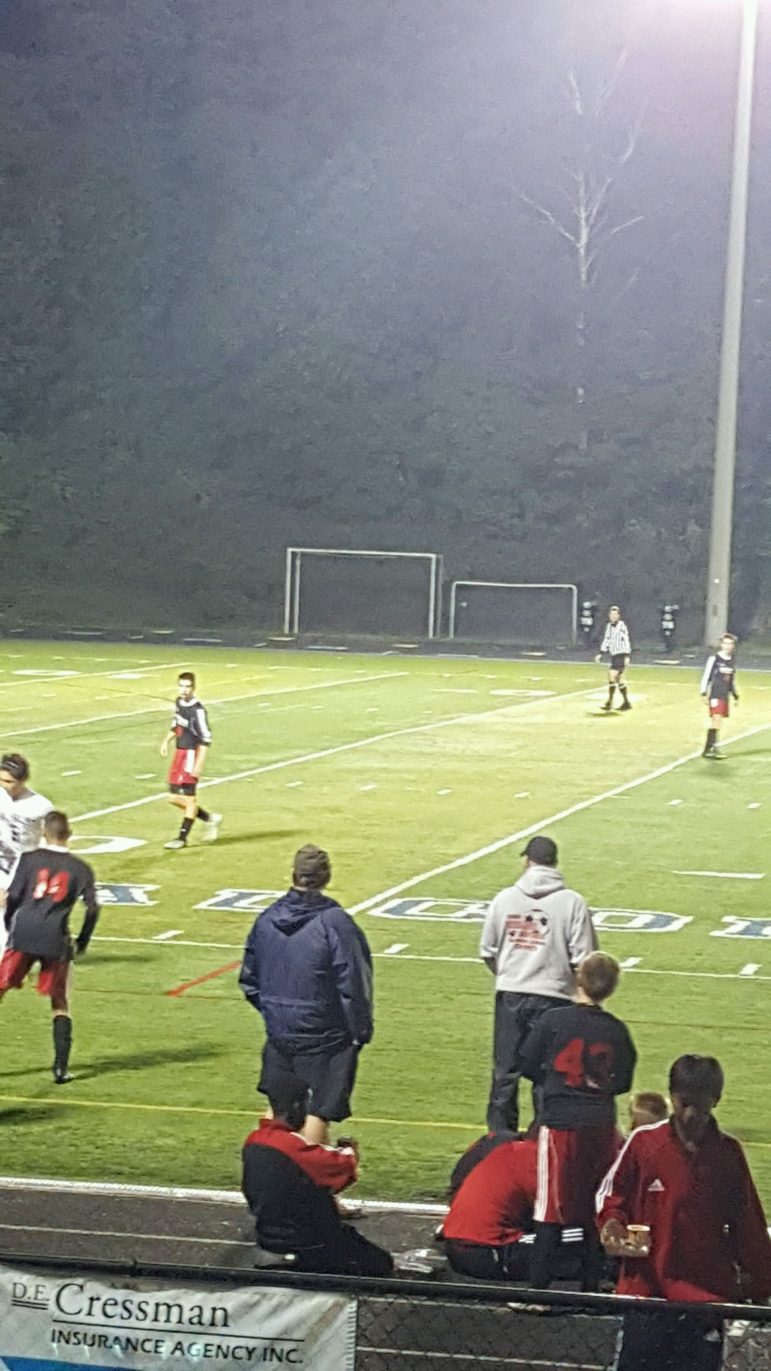