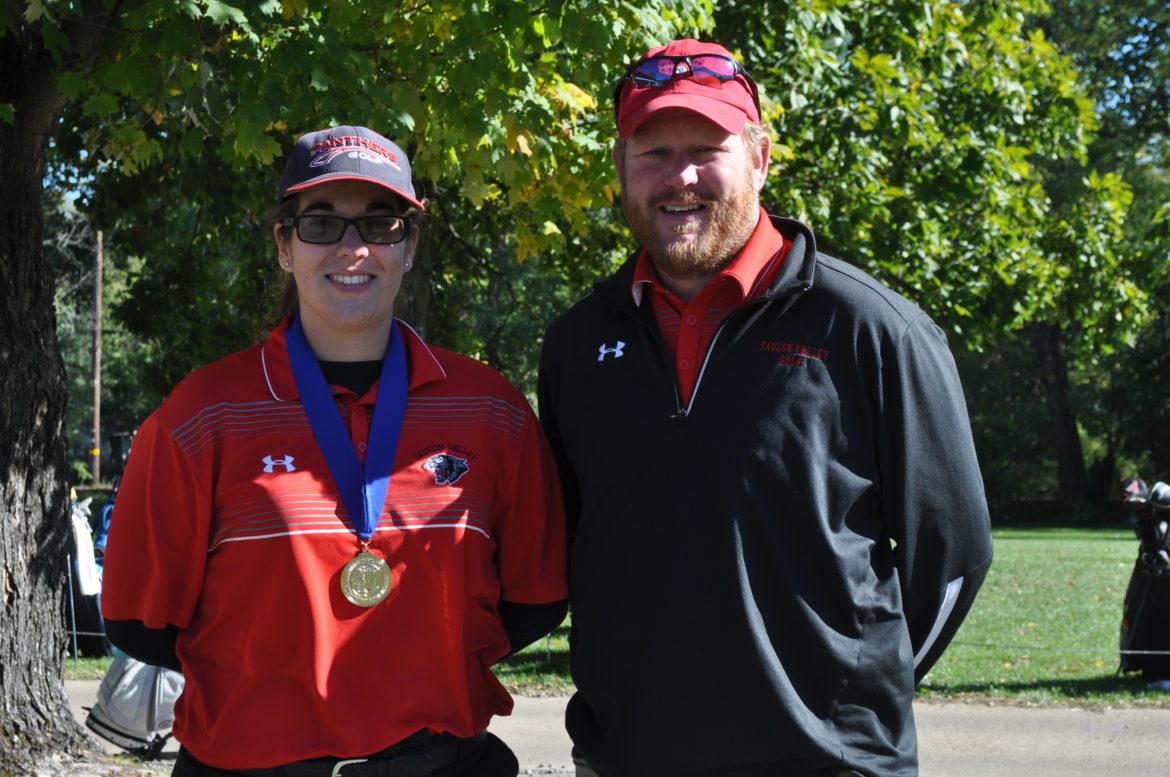 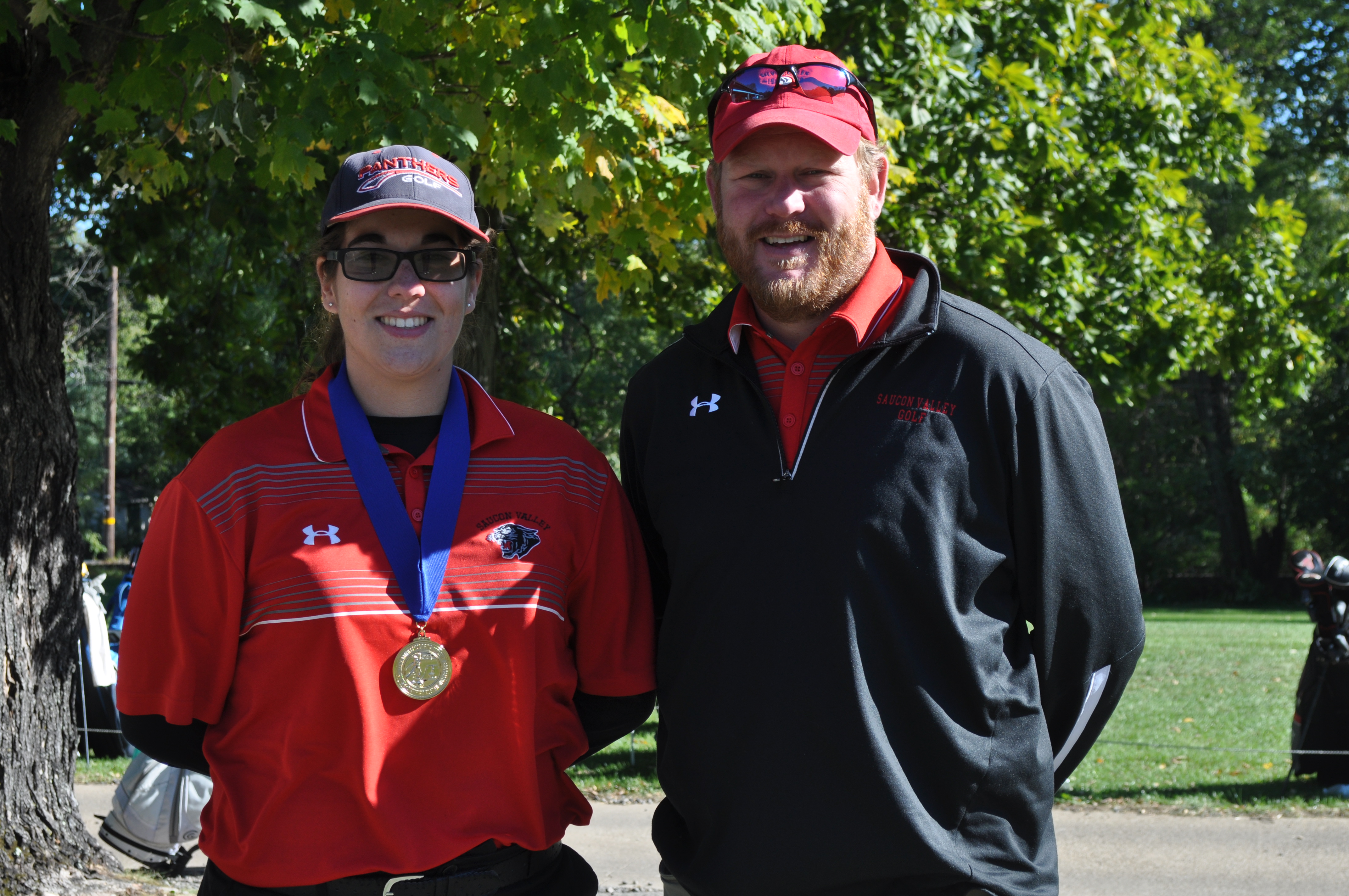 Today in Coopersburg about 80 golfers teed it up at the Locust Valley Golf Club for the PIAA District XI Golf Championships, and Saucon Valley senior Sophia Israel is one of the crowned champions. 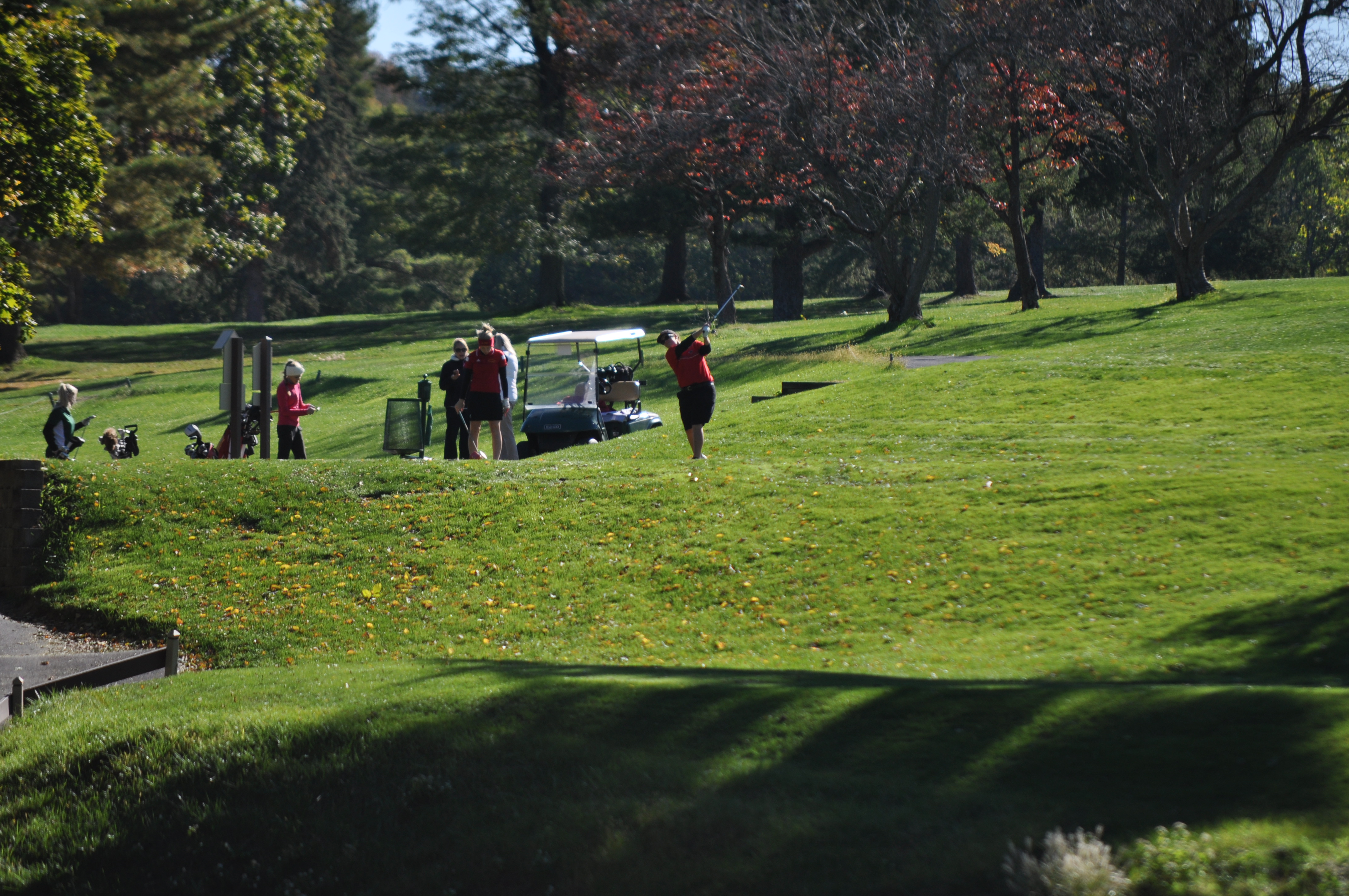 After finishing fourth in Districts the past two years, the three-time Colonial League champion finally broke through with the big win and qualified for a berth in the PIAA Regional Championship to be held at Golden Oaks Golf Club in Fleetwood next Monday. 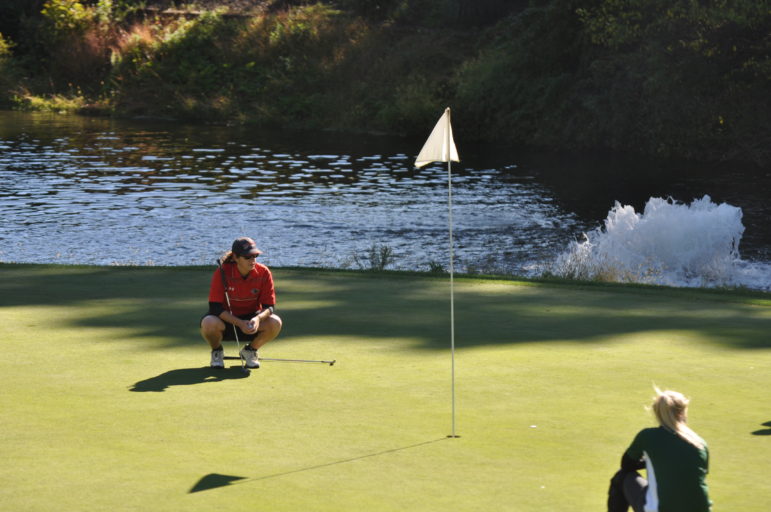 Although shooting today’s 91 is far from her career best, it was good enough on a difficult course on a difficult day. Asked what the biggest challenge of the tourney was, Sophia noted, “It was the change in the wind speed out there.” There is no doubt the weather conditions were a factor in today’s event as some very good golfers were visibly frustrated and quite a few uncharacteristically scored over 100. 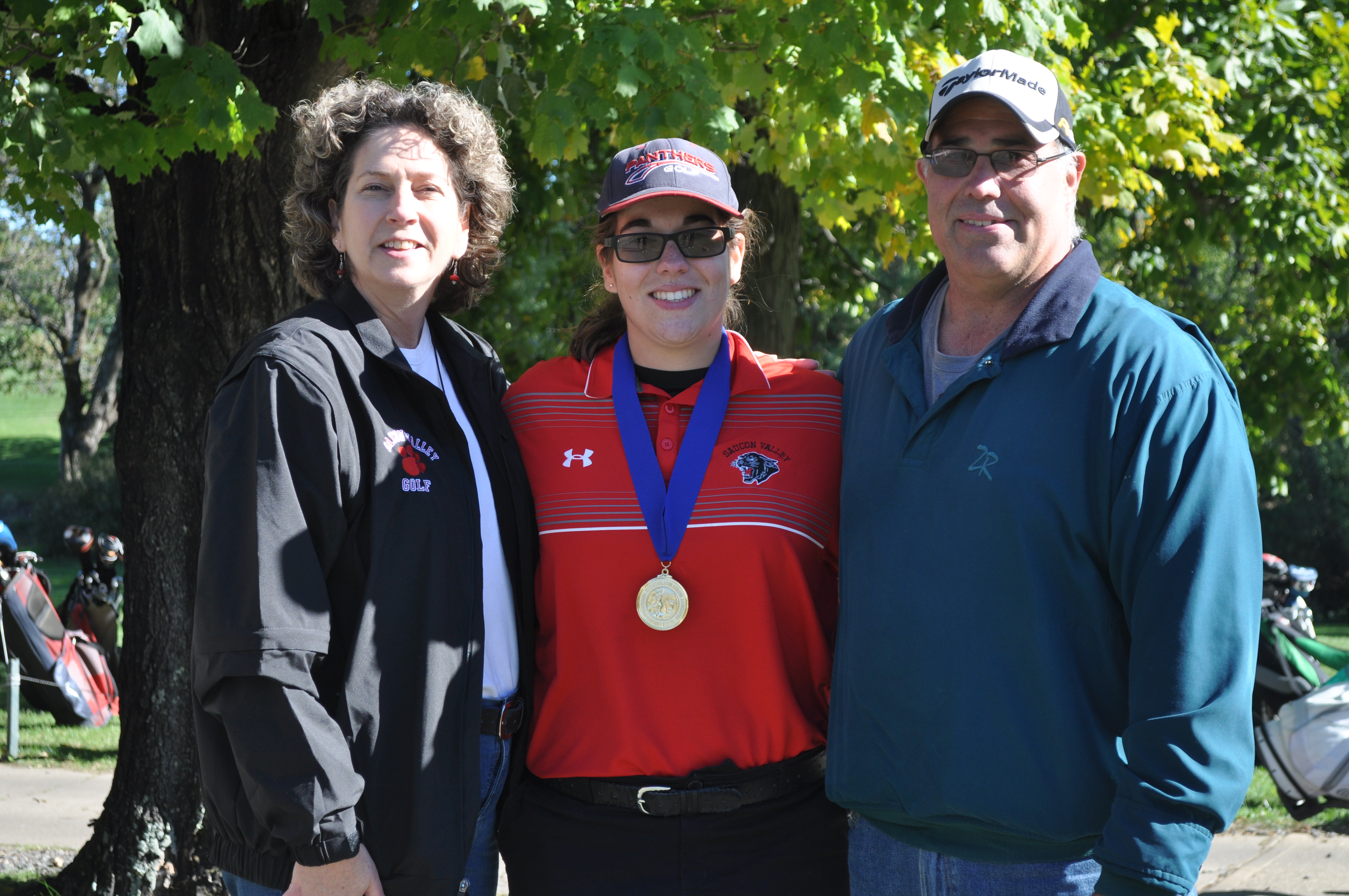 Sophia Israel with her Mom and Dad

Not Israel, however. Her trademark consistency carried her to this long-awaited District XI gold medal. Sophia’s hard work on the practice range and extra rounds of golf throughout the year have certainly paid off. Saucon Valley Golf Coach Scott Roberts remarked, “Sophia is an after-hours golfer. She can usually be found on the range working by herself after practice is over.” Sophia’s work ethic has also led her to becoming Saucon Valley’s first ever female District XI golf champion!

There’s no rest for the weary, however. Coach Roberts and Sophia will be trying to book a tee time at Golden Oaks this week to get a practice round in before Monday’s PIAA championship event takes place.

Great job, Sophia, and best wishes in the future! The Source is with you!