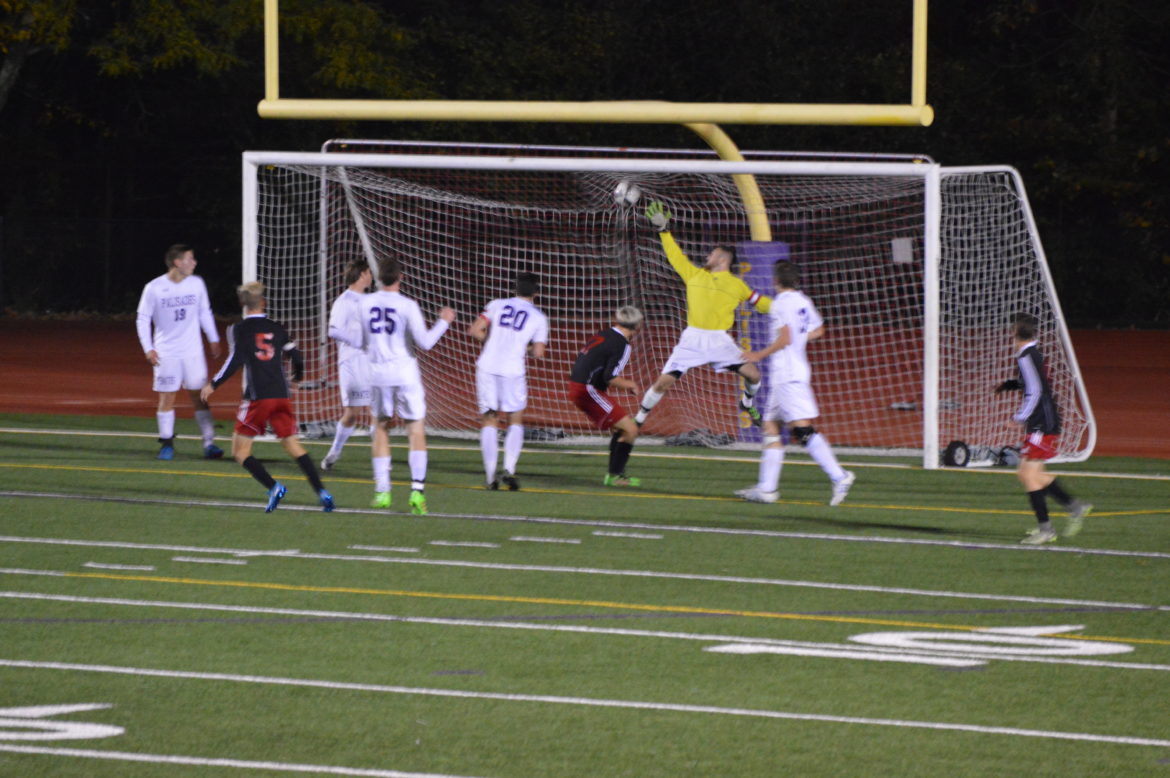 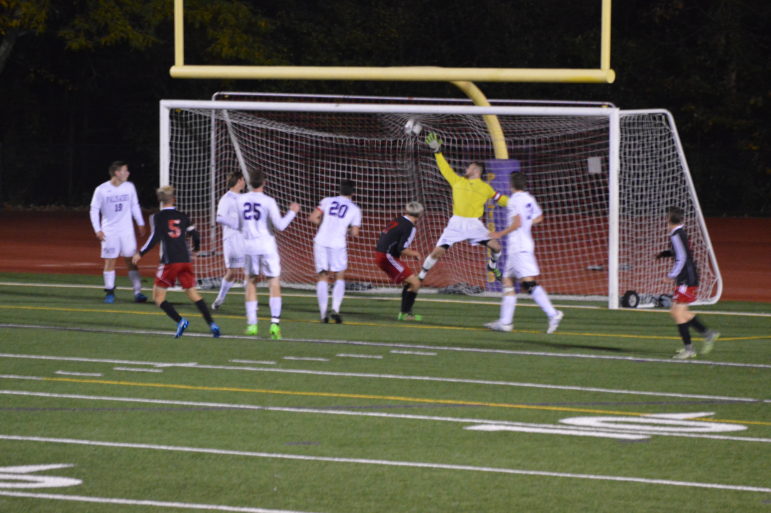 The Saucon Valley Boys High School Soccer team knew their matchup against the Palisades Pirates was a must-win Thursday night. They had to either win or tie to make it to the Colonial League playoffs. It was the Pirates’ Senior Night and they honored their 15 seniors as well as recognized the seniors on the Saucon team before the game.

Once play started it was hard and both teams were quick to the ball.

The first goal in the first half was scored by Saucon senior co-captain Ryan Smith, from an assist by freshman Zach Nicholas. The second goal by the Panthers was a beautiful shot from junior Alex Christopher outside the 18 with six minutes left in the half. Although the Pirates made attempts, they couldn’t get a ball past Saucon’s goalie, senior Noah Kriner.

The speed of play picked up in the second halfm with both teams desperately wanting the win. With a yellow card on the Palisades goalie and a field player and a yellow card on a Saucon player, it was evident both teams were giving it all they had. From an assist by senior Khoa Nguyen, senior co-captain Zach Harvey scored next, bringing the score to 3-0 Saucon. Harvey is on Saucon’s Homecoming Court and missed the community pep rally and bonfire Thursday to support his team.

A scrum in Saucon’s box led to the only goal of the night for Palisades. The final score was 3-1, Saucon.

“All the guys came together with our backs against the wall and proved that we are a top team in the league,” Harvey said.

Saucon was very proud of their win and especially proud of the fact that the All-Area Leading Scorer, Palisades’ Cooper Moyer, did not get a goal against them.