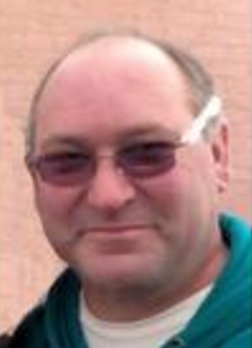 Dean Lott, 49, died peacefully on Nov. 12, 2016 at his home in Bath after a lengthy battle with hypertrophic cardiomyopathy.

Dean was born on Feb. 10, 1967 in Allentown and raised in Hellertown. He was the loving husband of Gail Taylor and the youngest of four children of the late James E. and Connie DeMoully Lott.

Following the death of his father and oldest brother Gary to hypertrophic cardiomyopathy, Dean was diagnosed with same condition at the age of 15. He never let his heart disease get in the way of living life to its fullest.

Dean received an associate’s degree from Northampton Community College in 1988. He graduated from Saucon Valley High School in 1985, where he played varsity soccer and had the opportunity to compete in Europe on a select Team USA International team following graduation. Dean was a huge sports fan and loved his Miami Dolphins. Florida was where his parents met and were married. He also was an avid Flyers fan and he and his wife were season ticketholders to the Lehigh Valley Phantoms since they began playing in Allentown.

Dean worked in the automobile sales business for most of his career and his occupation took him to several communities in the Mid-Atlantic region. Those communities included Nellysford, Va., where he met his wife Gail back in 1999. They settled in Bath in 2009.

Dean loved playing golf and was an avid fisherman. He would often go out on daylong fishing excursions and bring back fish that he would share with family and friends. He also loved tending to his garden and working around the house. Most recently, he was very proud of the brand new multi-garage addition he had built. He loved being father to his dog, Max.

In addition to his loving wife, Gail Taylor; sister: Pam Lott (Ron Ticho) of Allentown; brother: Kevin Lott (Karen Kozak Lott) of Hellertown; nieces, nephews, other relatives and many friends. He was predeceased by his parents and his brother, Gary Lott.

Family and friends are invited to a calling hour from 4 to 5 p.m. Friday, Nov. 18, 2016 at the Heintzelman Funeral Home Inc., 326 Main St., Hellertown. The calling hour will be followed by the service at 5 p.m. Online expressions of sympathy can be recorded at www.heintzelmancares.com.

His family requests that in lieu of flowers, donations be sent to the Hypertrophic Cardiomyopathy Association at www.4hcm.org.