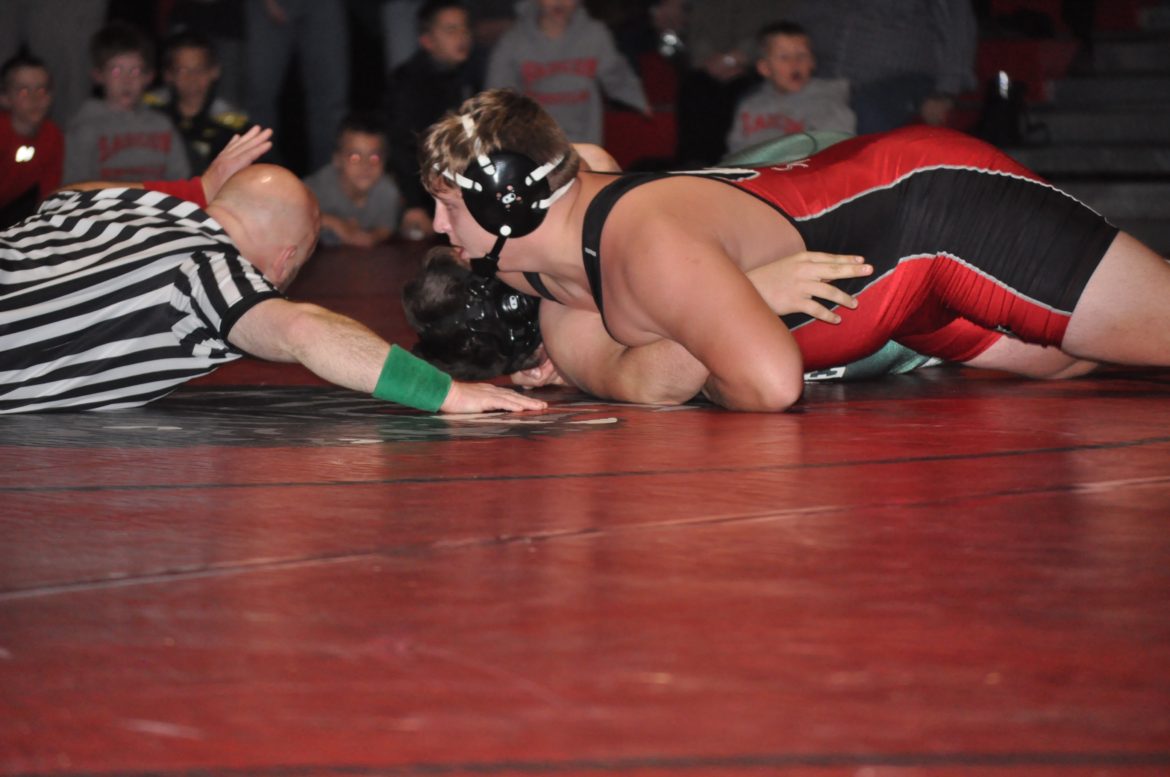 Panther Trey Polak picks up six for his team. 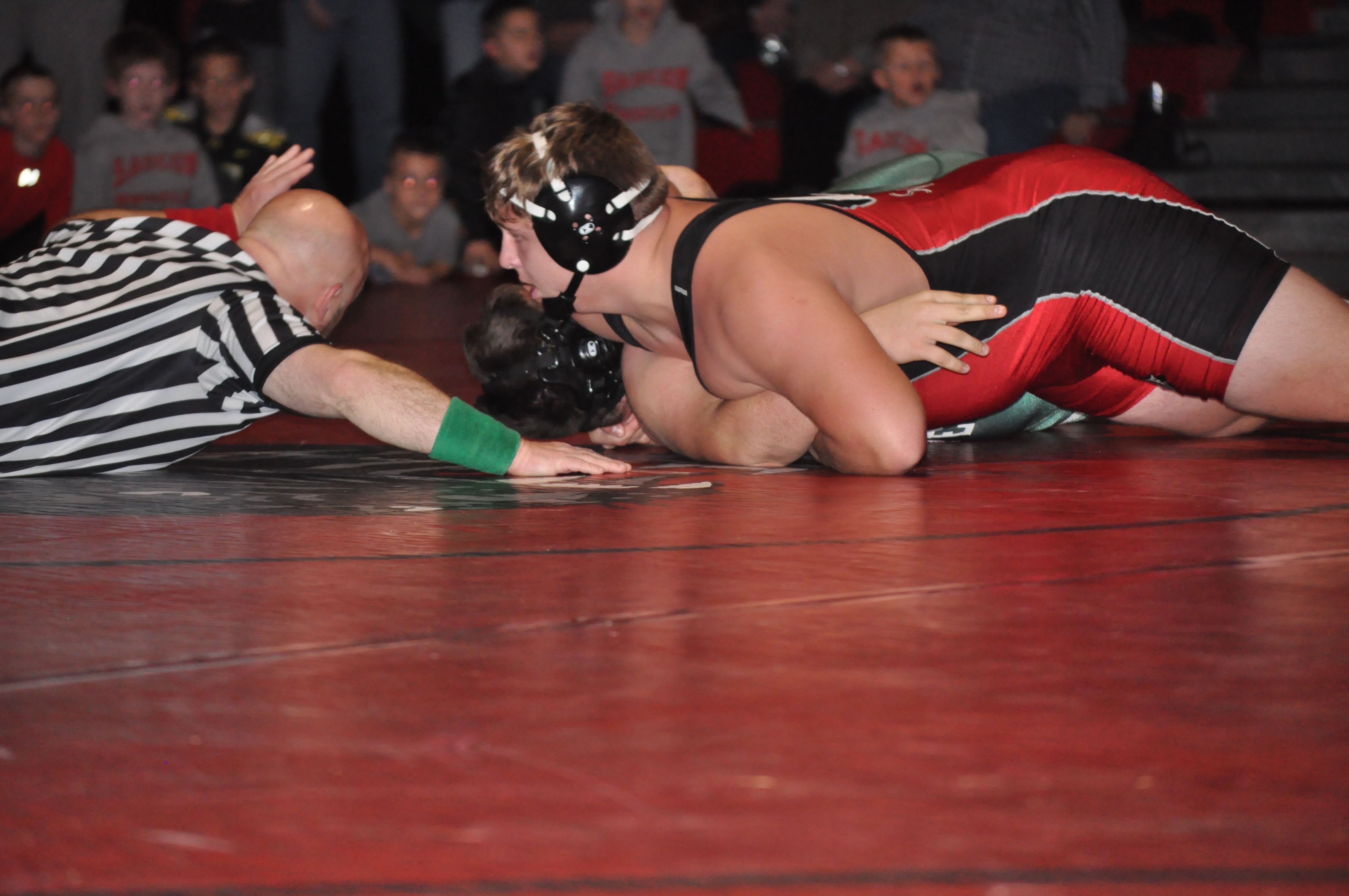 Panther Trey Polak picks up six for his team.

There was a nice crowd on hand Tuesday night in the Saucon Valley High School gymnasium for the wrestling team’s home opener against the Pen Argyl Green Knights. The Panthers were looking to get out of the starting blocks and set a good pace toward a fifth consecutive Colonial league title. In addition, the Panthers were looking to secure their 50th straight regular season Colonial League victory. Certainly, the two milestones are connected. And, certainly, the Panthers delivered. Saucon Valley pounded Pen Argyl 64-12. 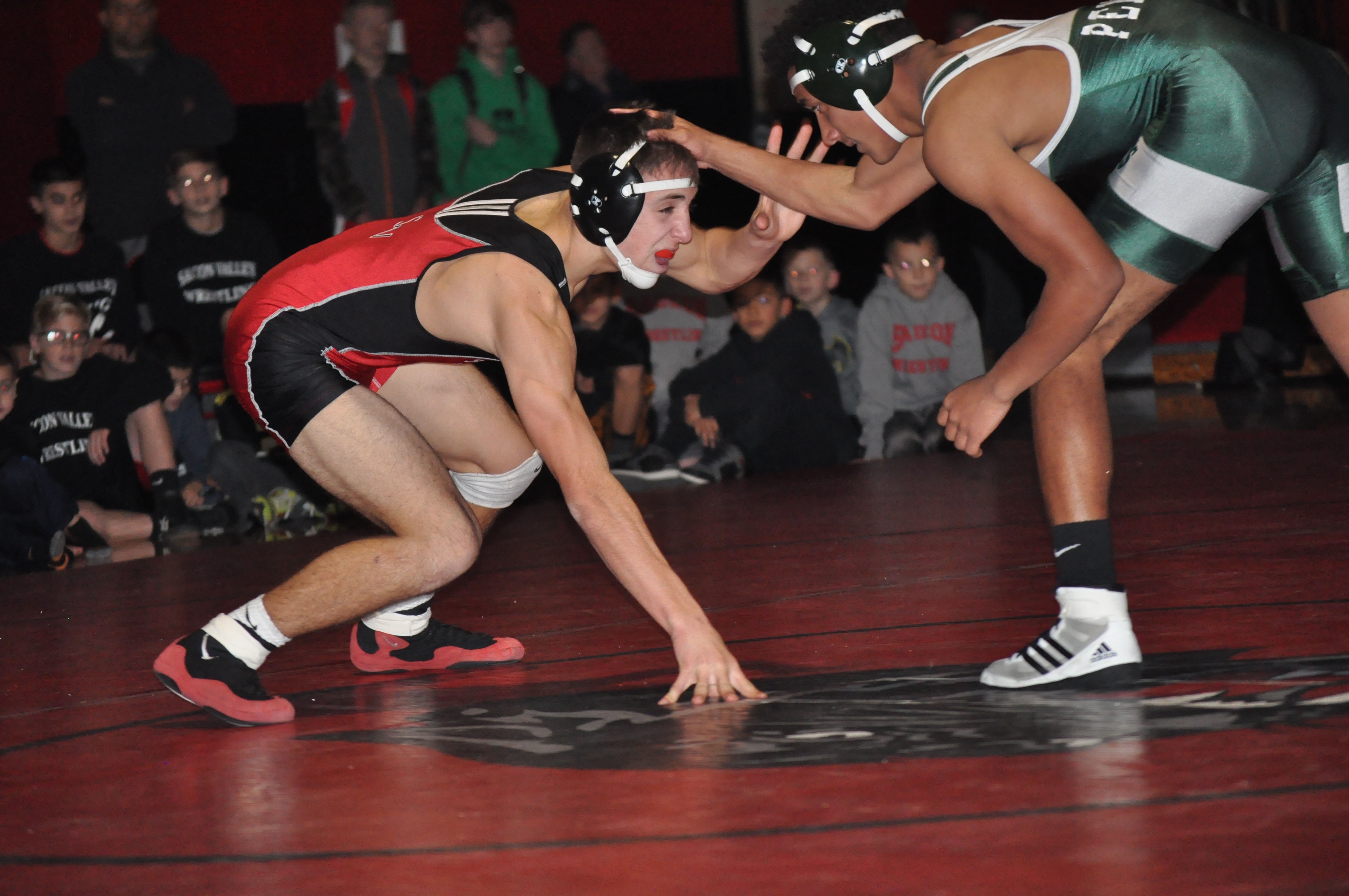 Angelo Mahaffey looking for an opportunity to take a good shot.

The bonus points piled up further for Saucon as Jason Jones (Jr.) earned a tech fall over Javon Maldonaldo in only 1:47. Kevin Dyer (Fr.) and Devin Fontanez (Sr.) each had major-decisions for the Panthers. Dyer won 12-2 and Fontanez, a 2016 PIAA state medalist, outscored Pen Argyl’s Avery Lohrman 14-5.

Finishing the scoring, Saucon senior Nate “Big Cat” Kehs battled to a 5-1 decision over Pen Argyl junior, Sawyer Beltz. The end result was a 64-12 drubbing of the Green Knights. 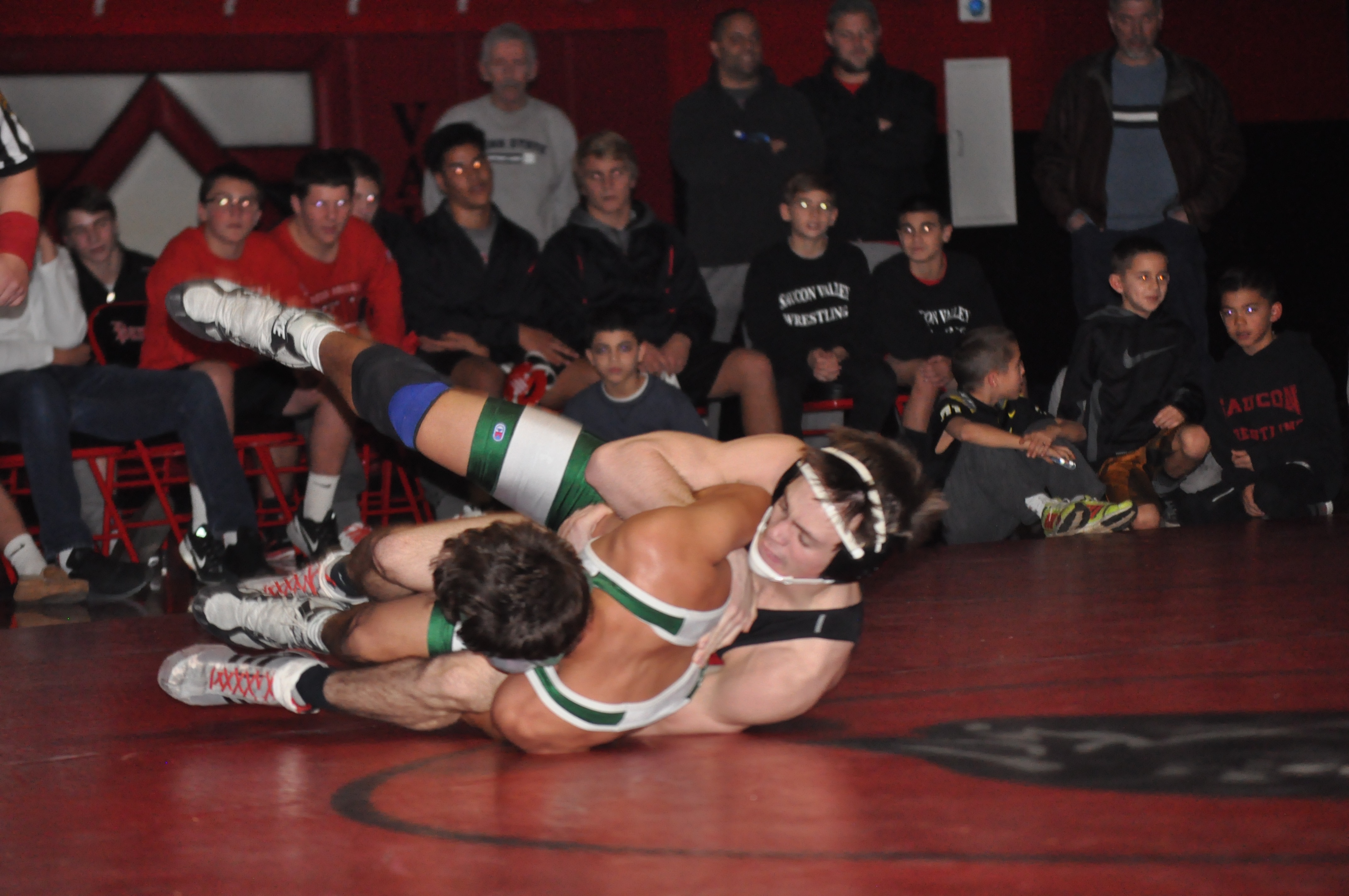 Jason Jones of Saucon Valley counting up the back points against his Pen Argyl foe.

Next up for the Saucon grapplers is a roadtrip to the University of Delaware this weekend to participate in the “Beast of the East” tournament. “The Beast” is one of the toughest wrestling tournaments in the nation.

Good luck Saucon Valley, the Source is with you!

Note: Ermal Duka was recognized as “Wrestler of the Match” by the junior high wrestling staff. Great job, Ermal! 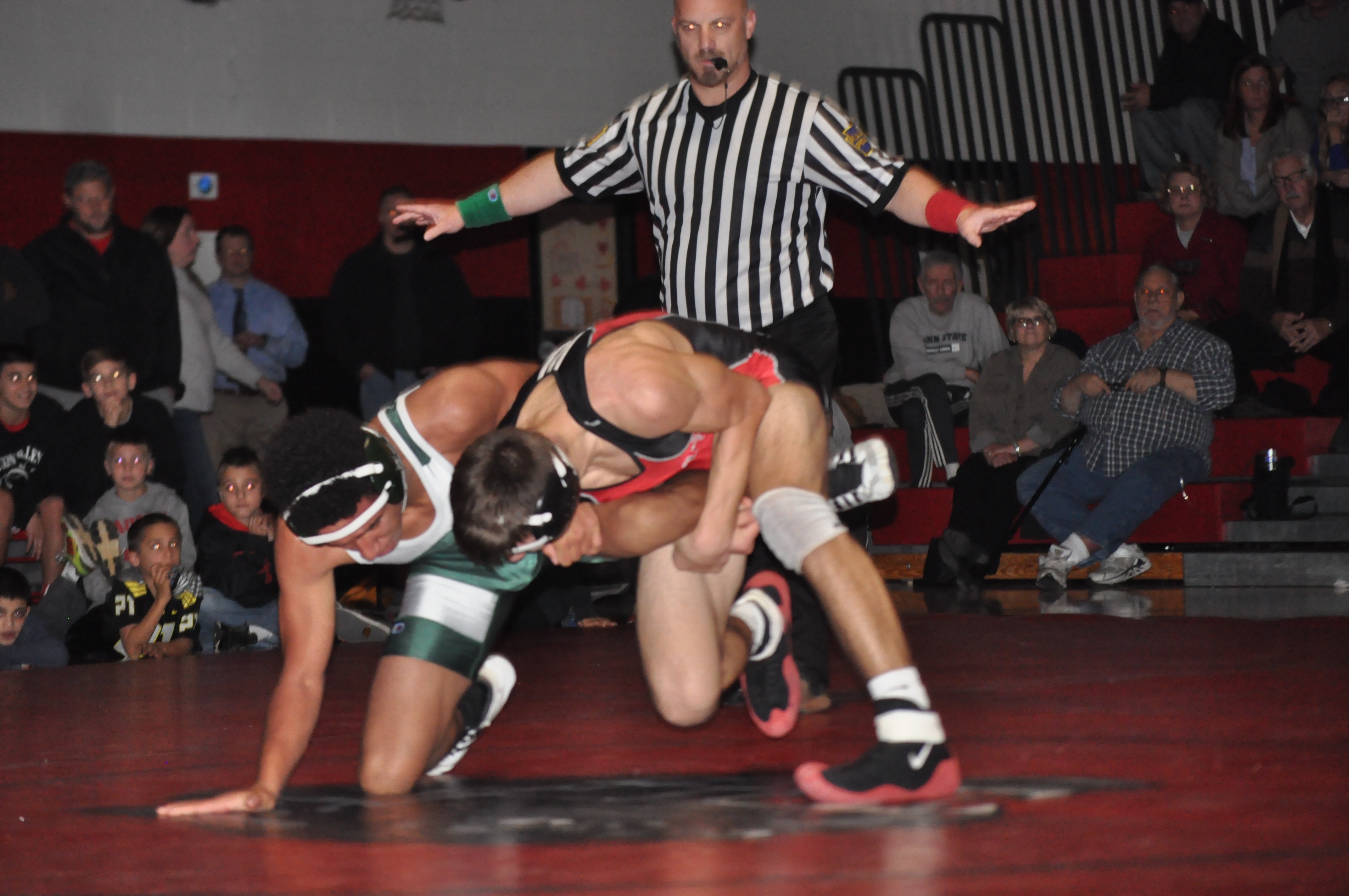