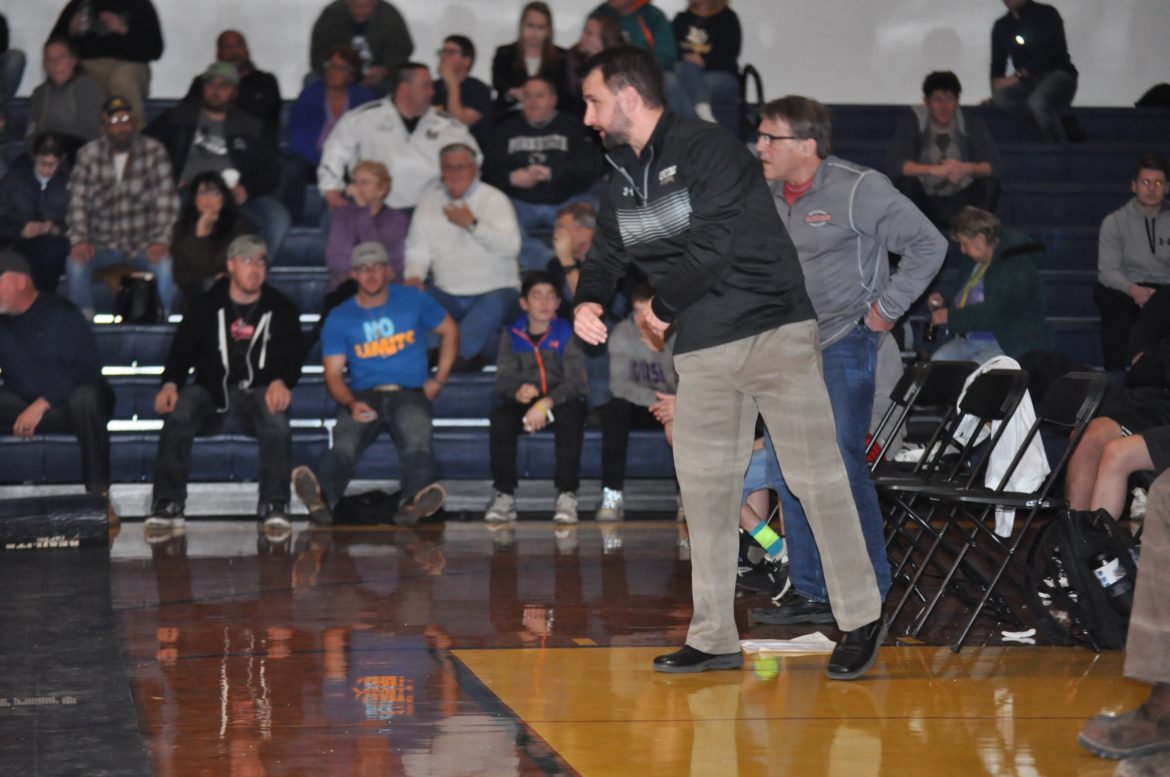 Saucon Valley wrestling coach Chad Shirk is not the all time winningest coach in SV history. 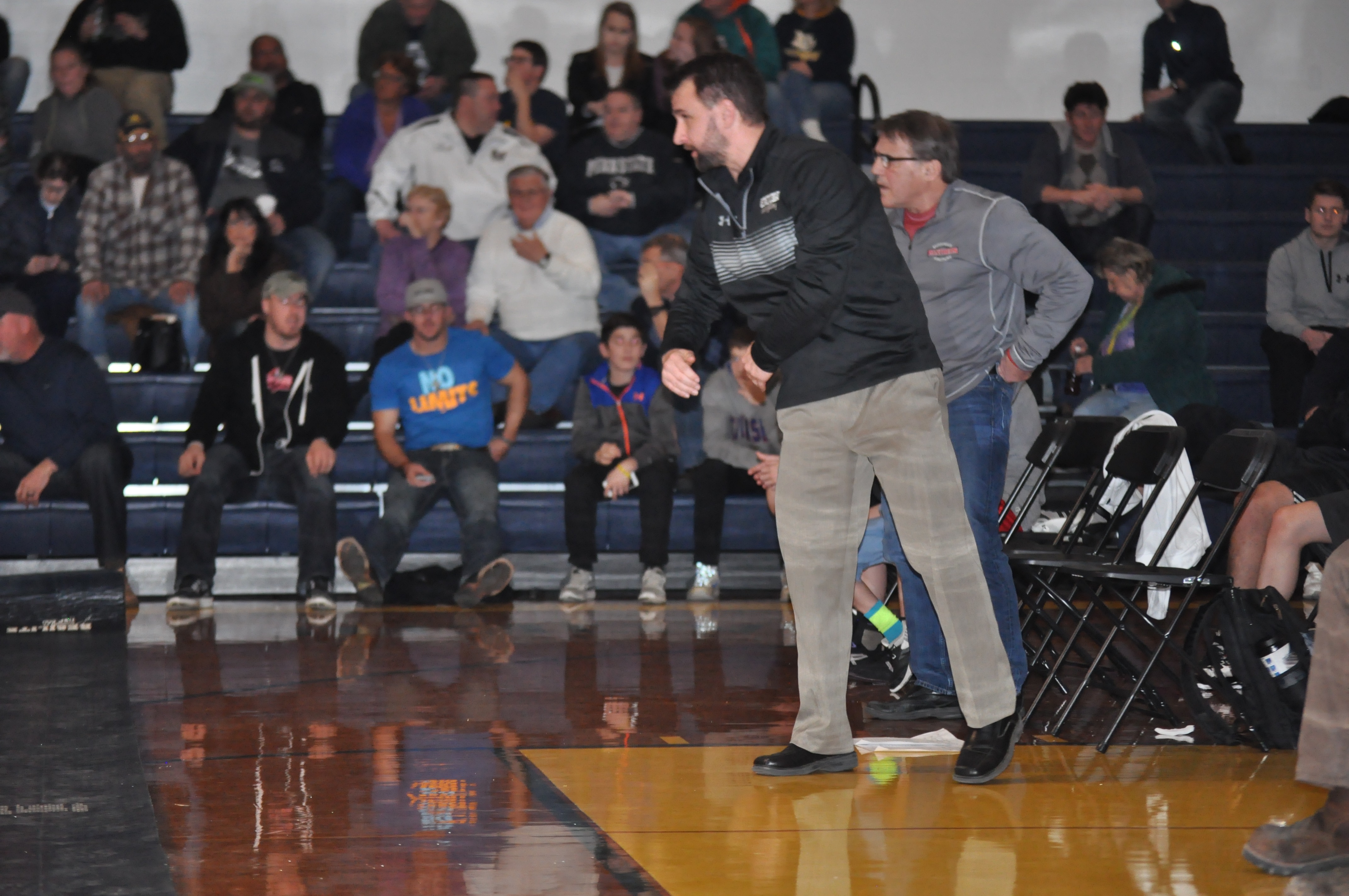 With this victory, Panther coach, Chad Shirk earned his 250th win.  Shirk’s 250-52 career record now puts him at the top of the Saucon Valley record books and one win better than the “father” of Saucon Valley wrestling, Charlie Bartolet.  Bartolet, who coached the Panthers from 1960-1985, finished his distinguished career with a 249-122-7 record.

When asked how many years he thinks he has left in him as a high school wrestling coach Shirk quipped, “You need to ask my wife.  I have an amazing wife who is very supportive, and that is an important thing.”  Shirk then assured Panther Nation. “There is no timeline.  I hope to continue coaching at Saucon Valley for many more years.”

Shirk’s milestone aside, the Panthers looked sharp going 6-1 in the matches that were actually contested last night. 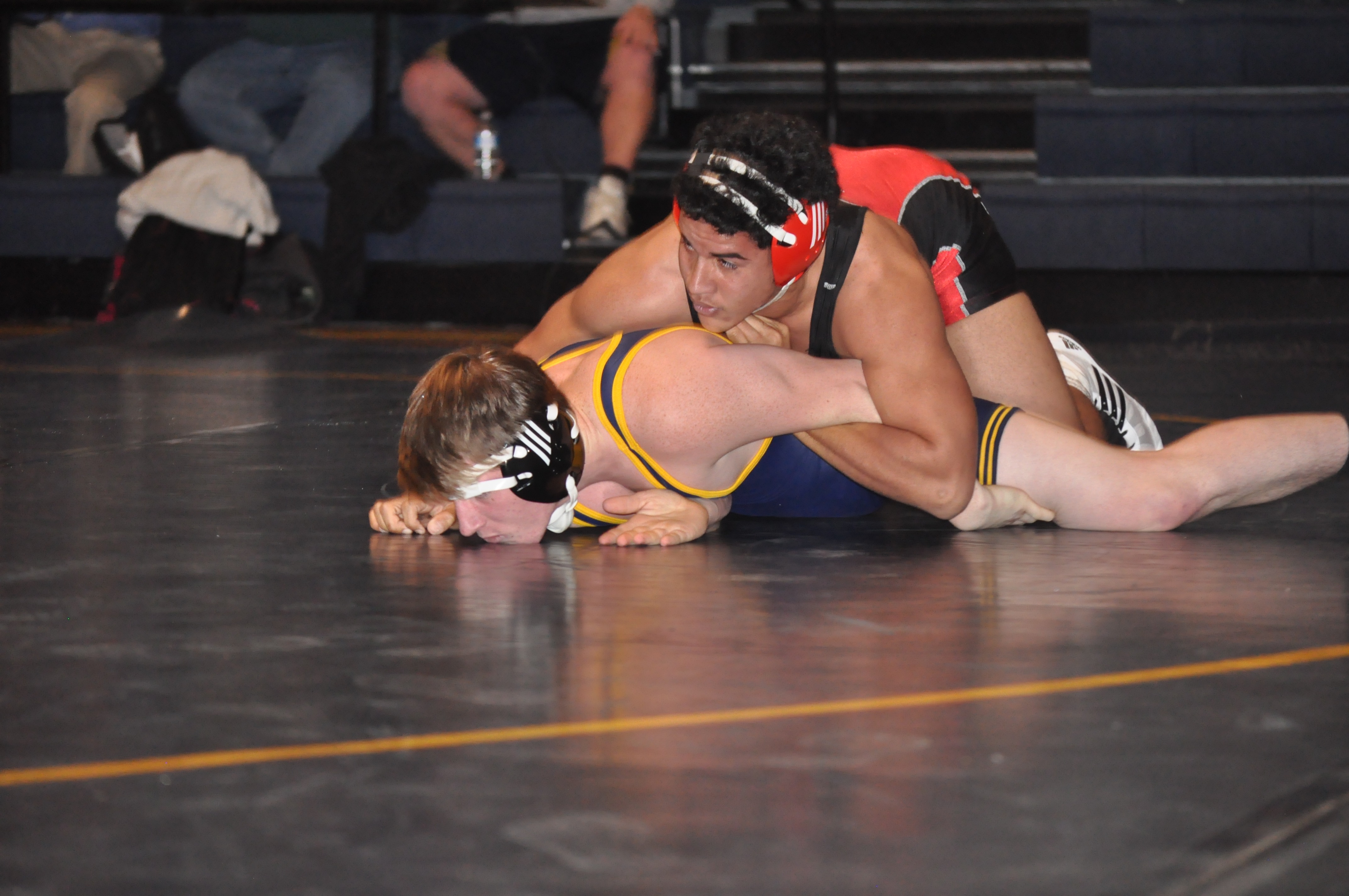 Senior Abe Lugo barring it up and looking for a turn. 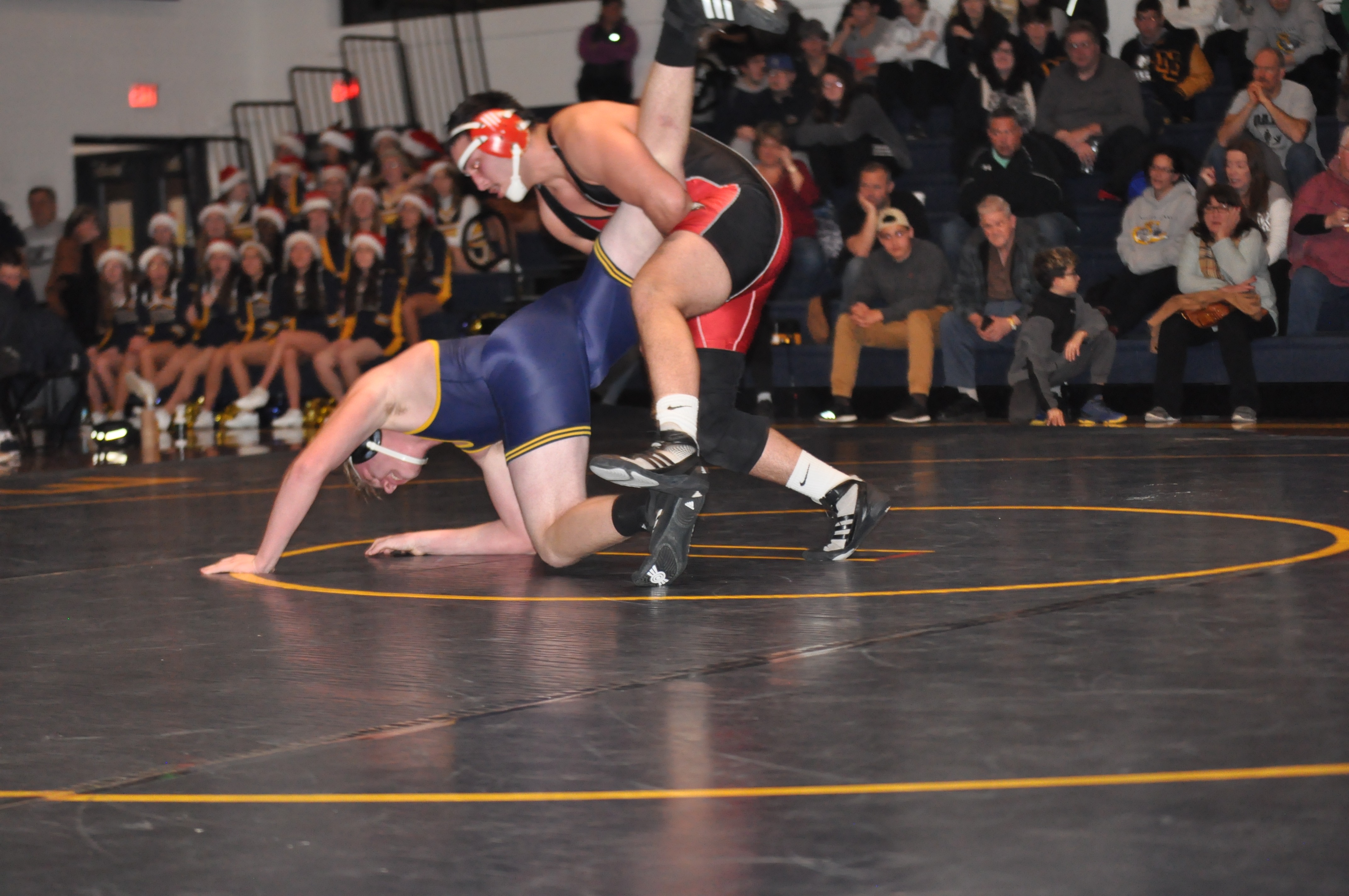 Panther senior, Devin Fontanez hitting one of his nine takedowns. 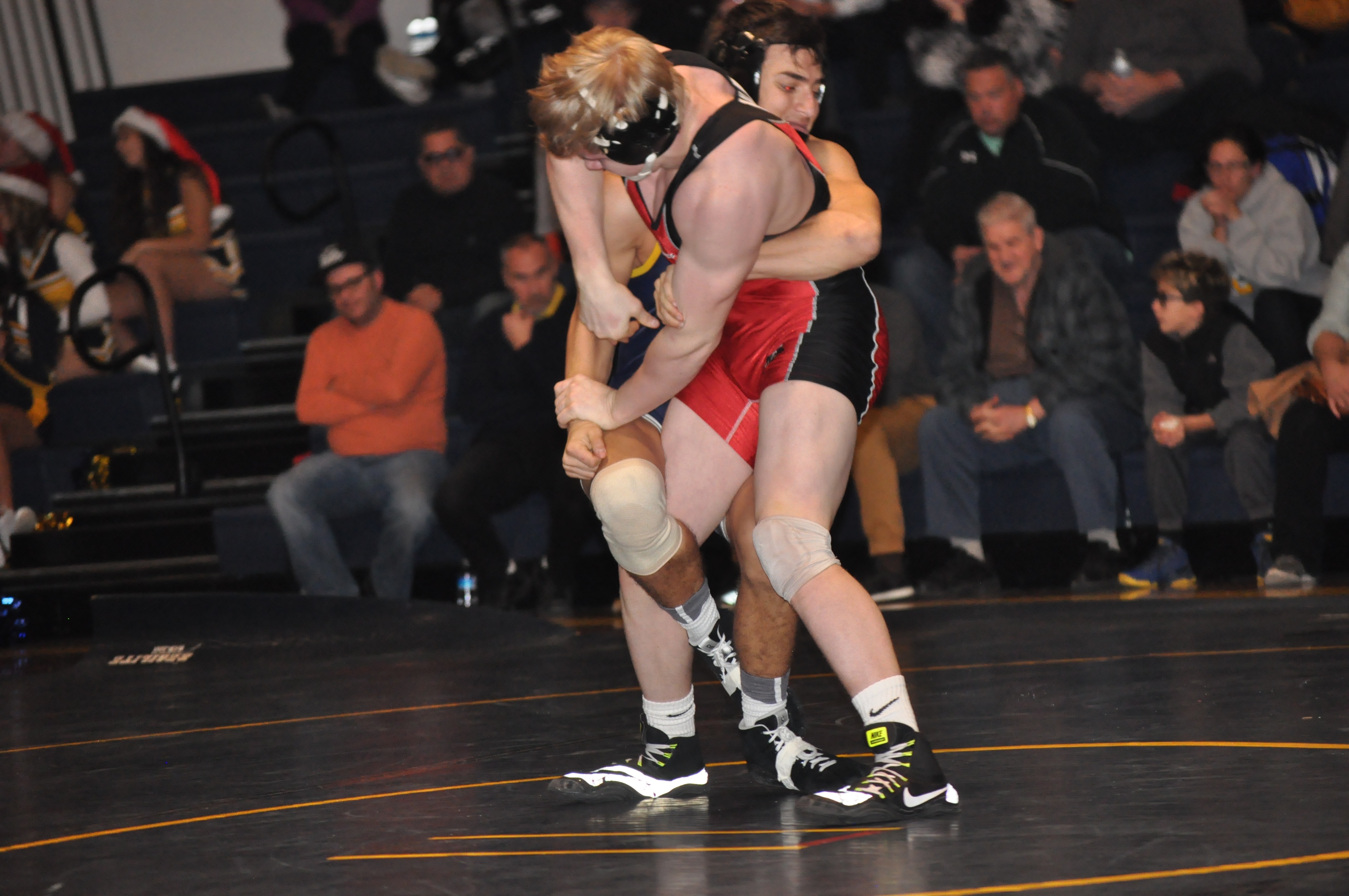 Notre Dame’s Liam Carroll could not keep the Panther’s Dane Csencsits down.

Saucon Valley’s Josh Jones (120) and Angelo Mahaffey (138) added to the Panther scoreboard with big wins over quality opponents.  Jones, a sophomore, jumped on Notre Dame junior Ryan McGuire with a first period takedown and three near-fall points.  McGuire, a PIAA state qualifier last season, could not convert any offense and Jones held on for a 5-0 decision. 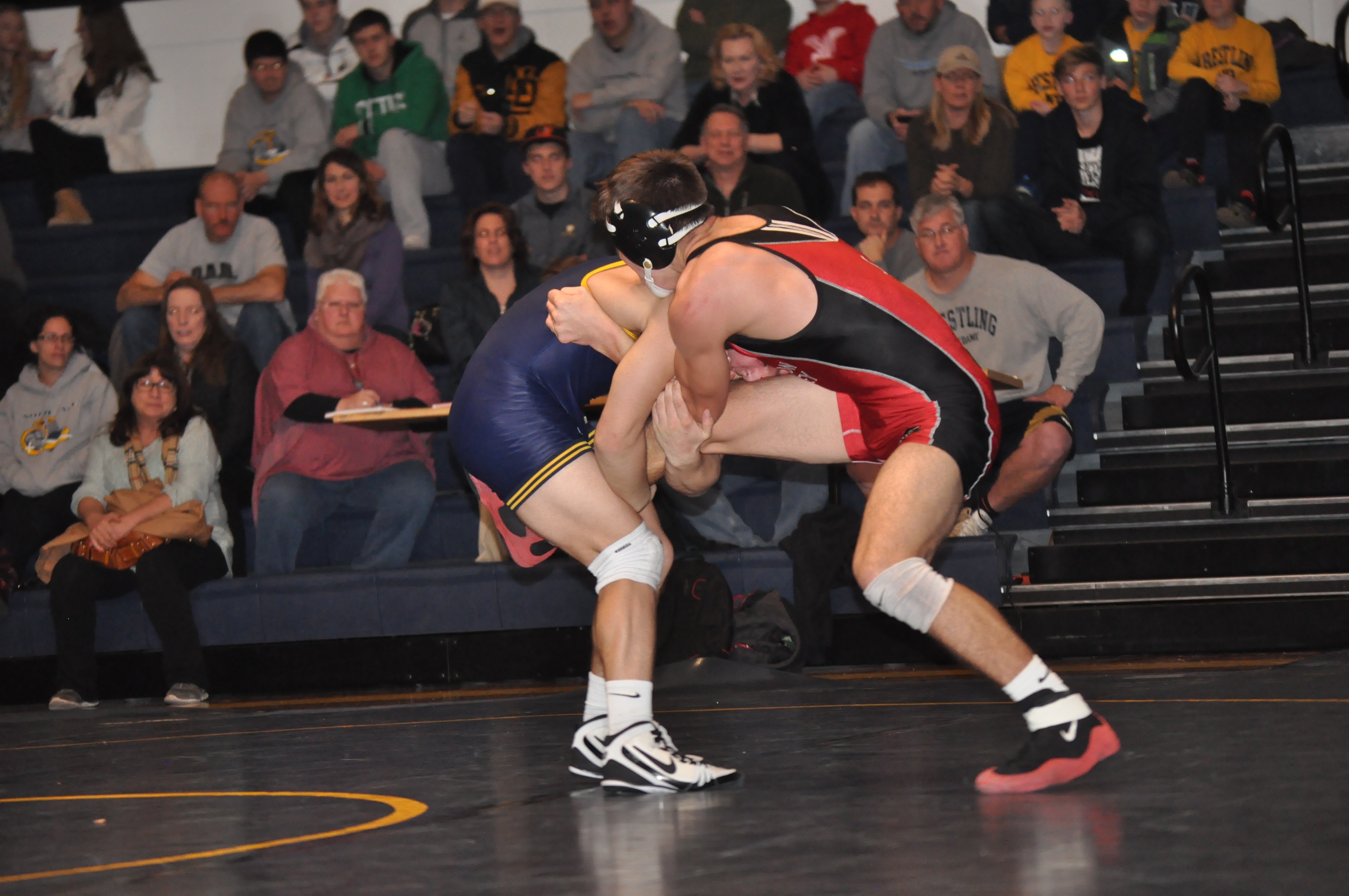 In dramatic fashion, Mahaffey was also victorious in a very competitive bout.  It was a match-up that included a lot of blood, a lot of sweat and emotional tears of joy.

Each wrestler carried a takedown and two escapes into the overtime period.  A scramble at the corner of the mat in front of the Saucon bench saw Mahaffey pop his head to win the takedown and earn the sudden-death victory.  This bout by itself was well-worth the price of admission. 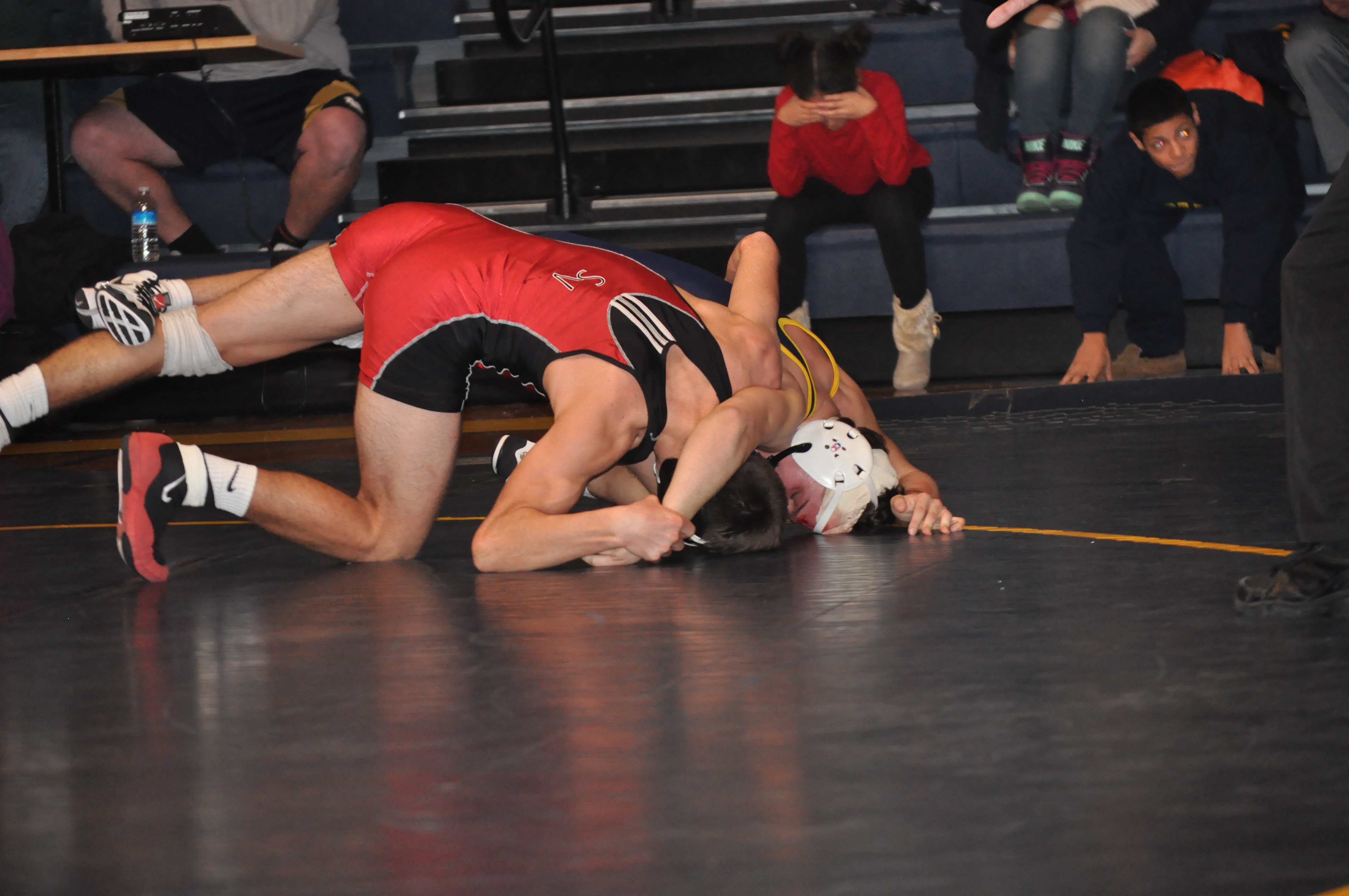 Notre Dame received their points from a Panther forfeit (113), an injury default (160) and sophomore Nicholas Vonelli’s 7-3 decision over Saucon freshman Thomas Spirk. Spirk wrestled well and was able to escape in the third period cutting Vonelli’s lead to 5-3 but Vonelli scored a late takedown to seal the decision.

It was a very good night for Saucon Valley wrestling.  However, it may have come at a cost.  Panther senior Dino Zaharakis (160), trailing 2-1 late in the first period, went down awkwardly defending a low shot by Notre Dame’s Isaiah DeJesus.  The referee immediately stopped the bout and Zaharakis could not continue. Dino was helped off the mat by Panther Athletic Director Bob Frey and the Notre Dame trainer.  Zaharakis will be evaluated for an apparent lower-body injury later today. 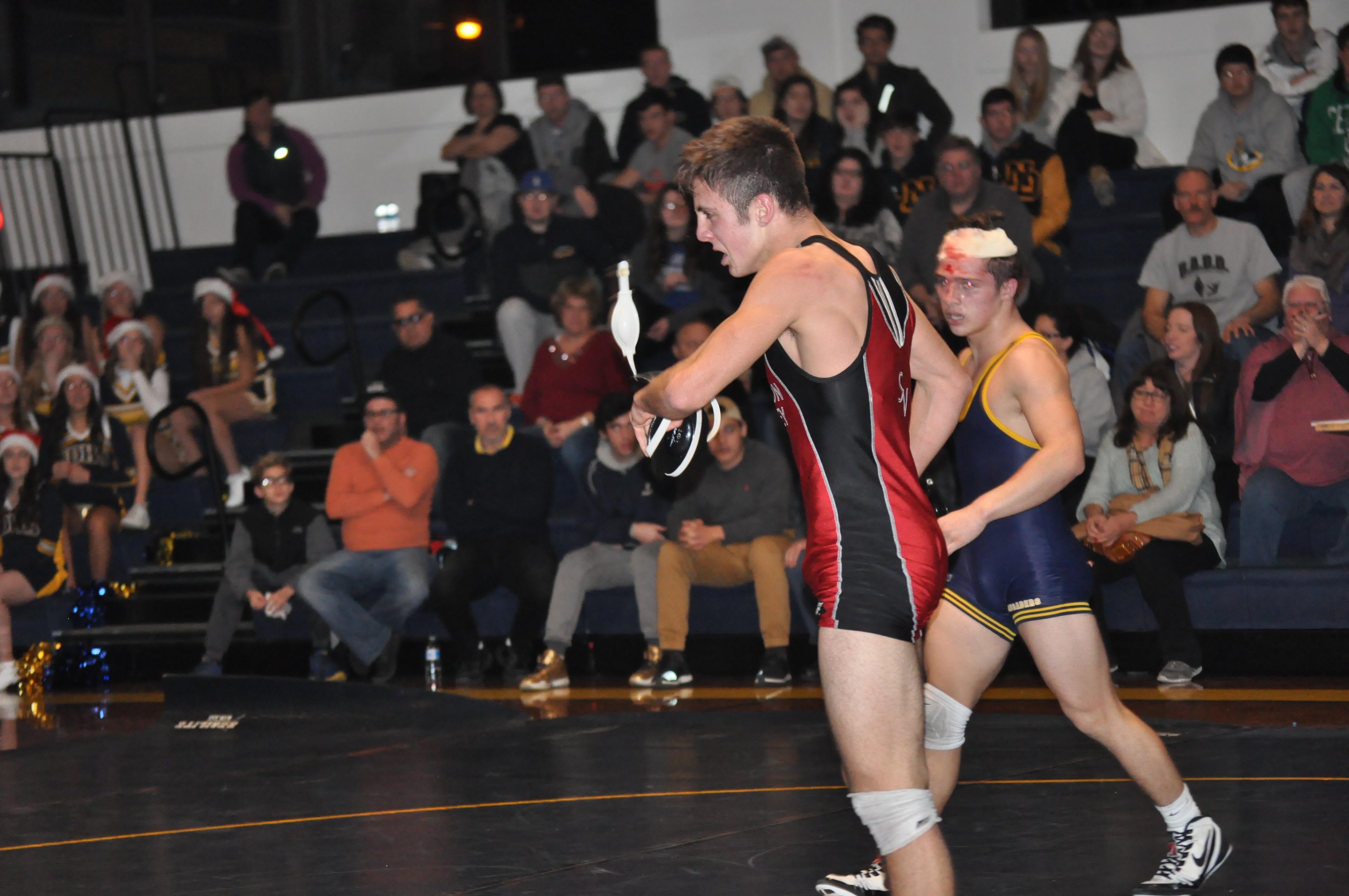 *In the most exciting bout of the night, Angelo Mahaffey scrambled to hit a takedown in overtime to defeat 2016 PIAA state qualifier, Blake Daniel.

Up Next:  The Panthers head to the ultra-competitive “Hurricane Holiday Classic” at Liberty High School on Wednesday, Dec. 28 and Thursday, Dec. 29.  Then, on Wednesday, Jan. 4, the Panthers travel to Northwestern Lehigh for a Colonial league showdown with the undefeated Tigers.

Note: Coach Shirk named junior Angelo Mahaffey “Wrestler of the Match” for his 6-4 overtime victory over Notre Dame’s  Blake Daniel.  Angelo looked great and seemed to wrestle with a “refuse to lose” mentality.  Keep up the hard work, Angelo! 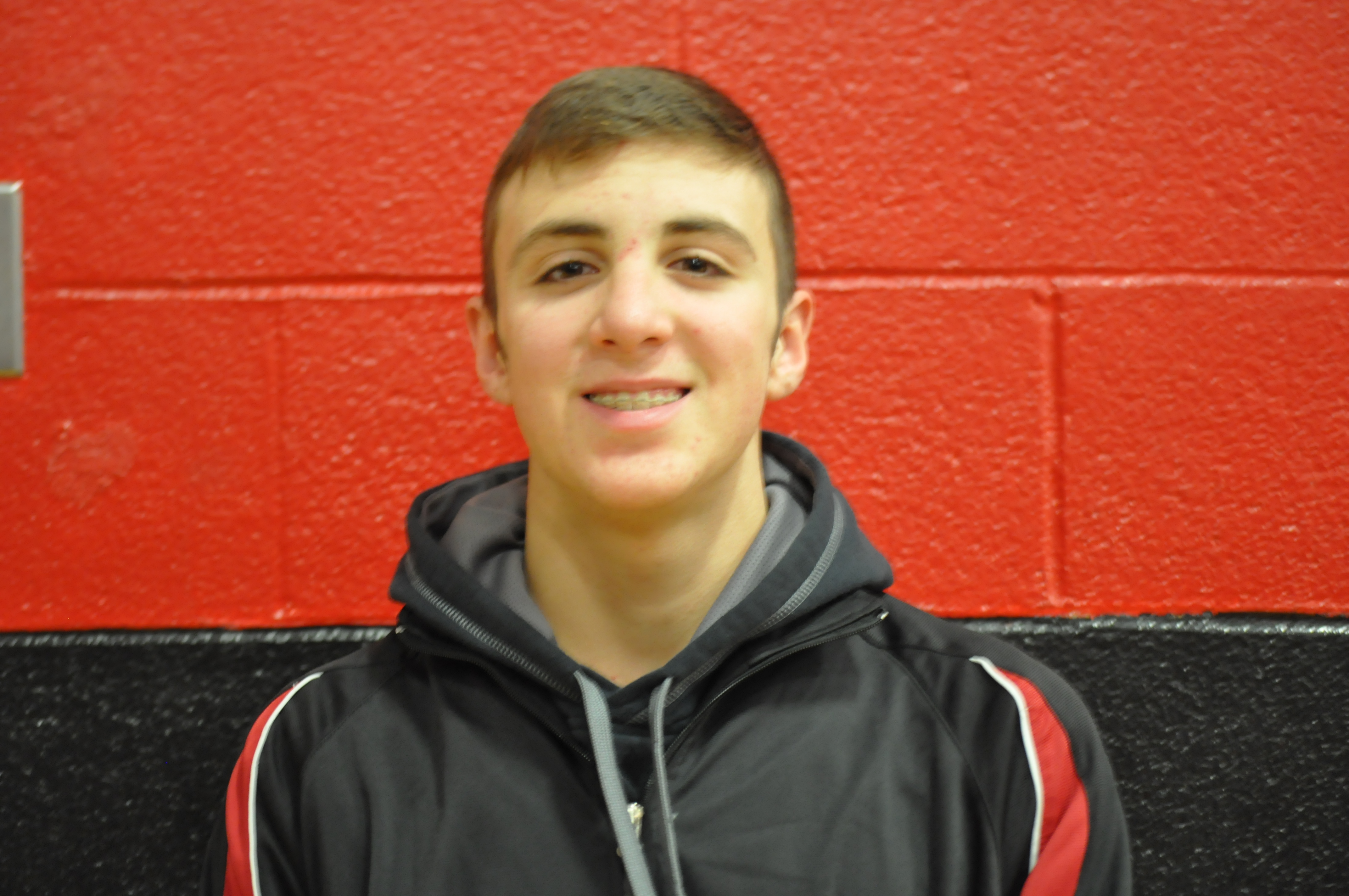