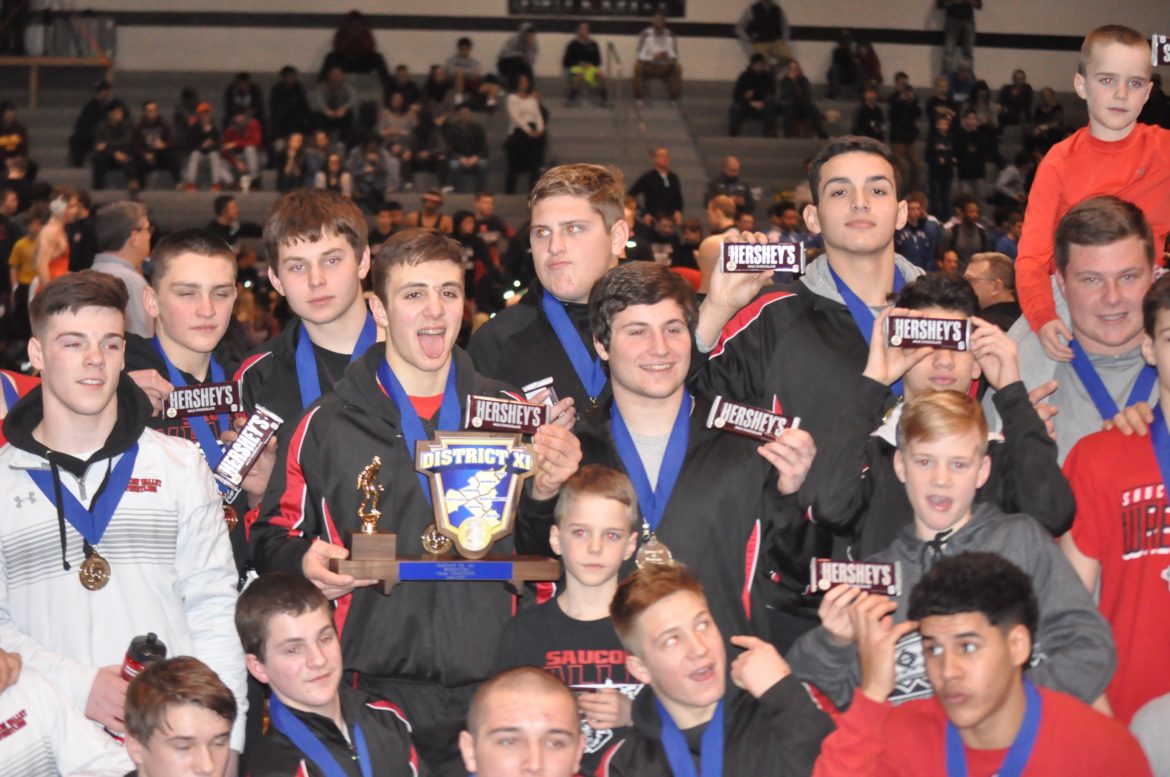 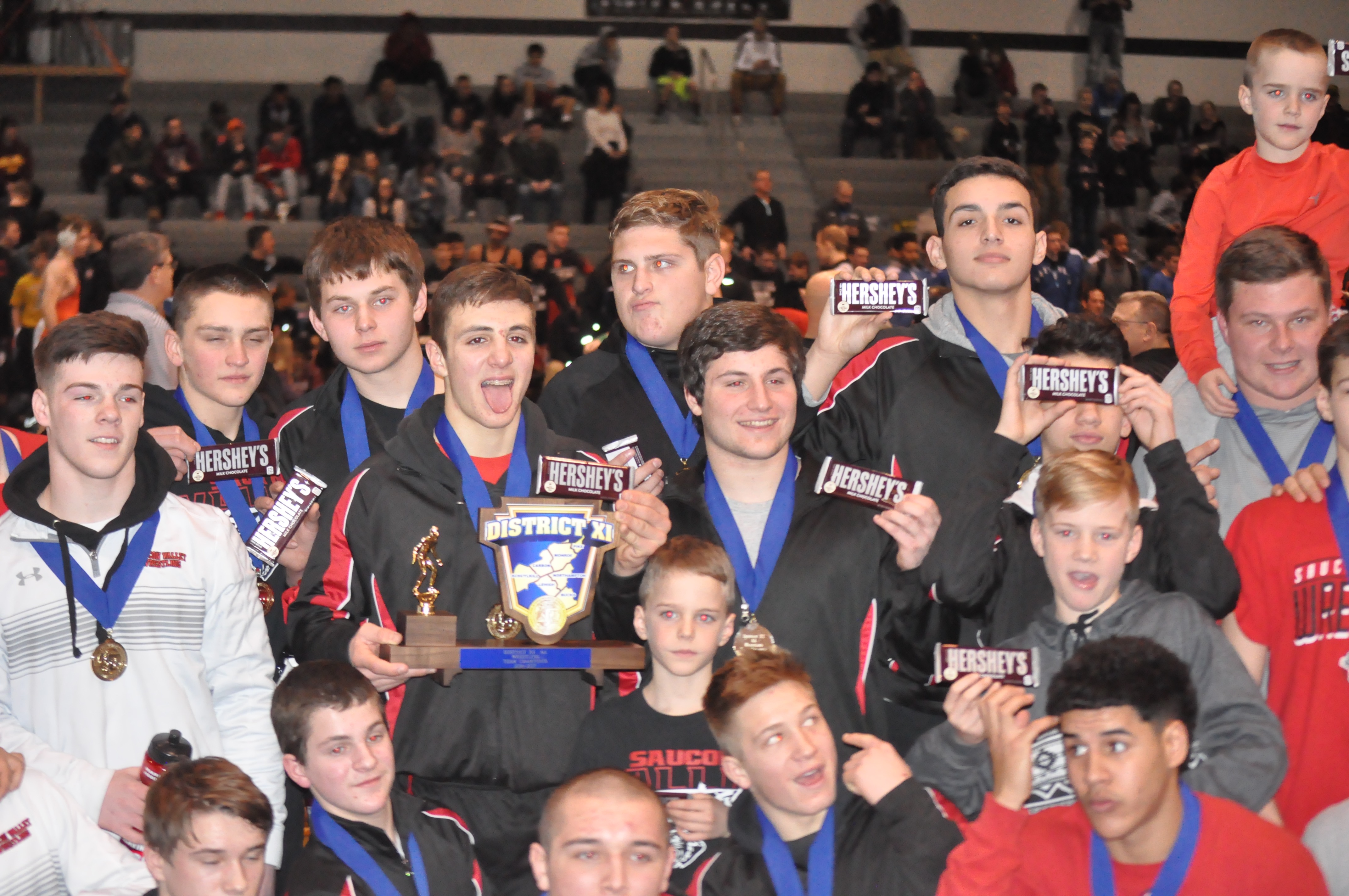 For the fifth year in a row Coach Chad Shirk & Company will be heading west on I-78 to the Giant Center in Hershey for the PIAA team championships. With all that experience and a second place finish last year, the Panthers enter very familiar territory and figure to make another deep run into the tourney.

Winning 10 of the 14 bouts Saturday night, Saucon Valley qualified for the state tournament as the #1 seed out of District XI with a lopsided 51-18 victory over the Wilson Warriors. The Panthers defeated the Warriors 51-15 earlier in the season. 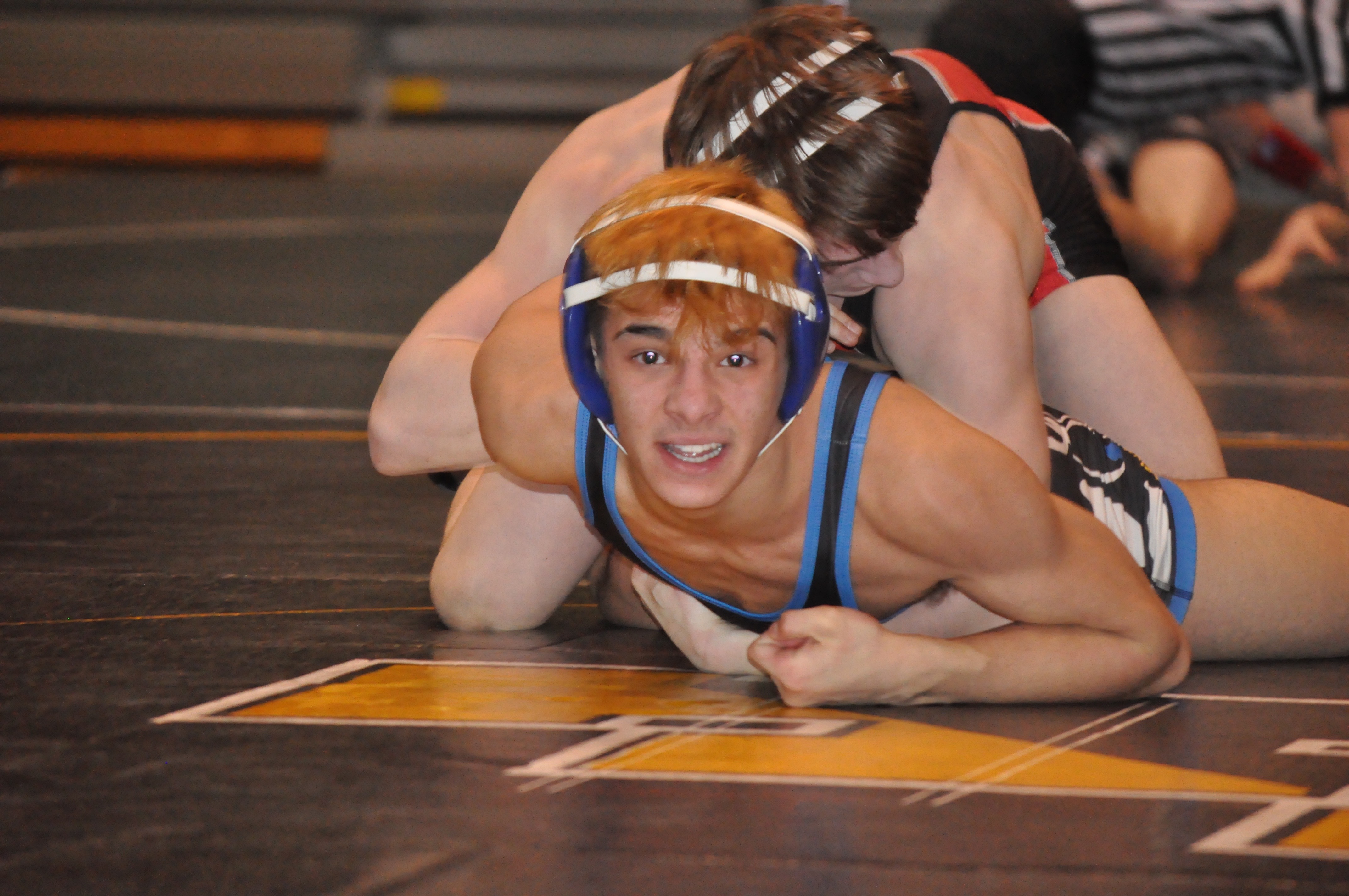 Kyra and Spirk decked their opponents in back to back bouts to get the Panther fans on their feet. Kyra, a sophomore, pounced and flattened his Warrior in 35 seconds. Spirk, a freshman, stepped into the lineup and built a 4-1 lead before finishing the job 32 seconds into the second period. 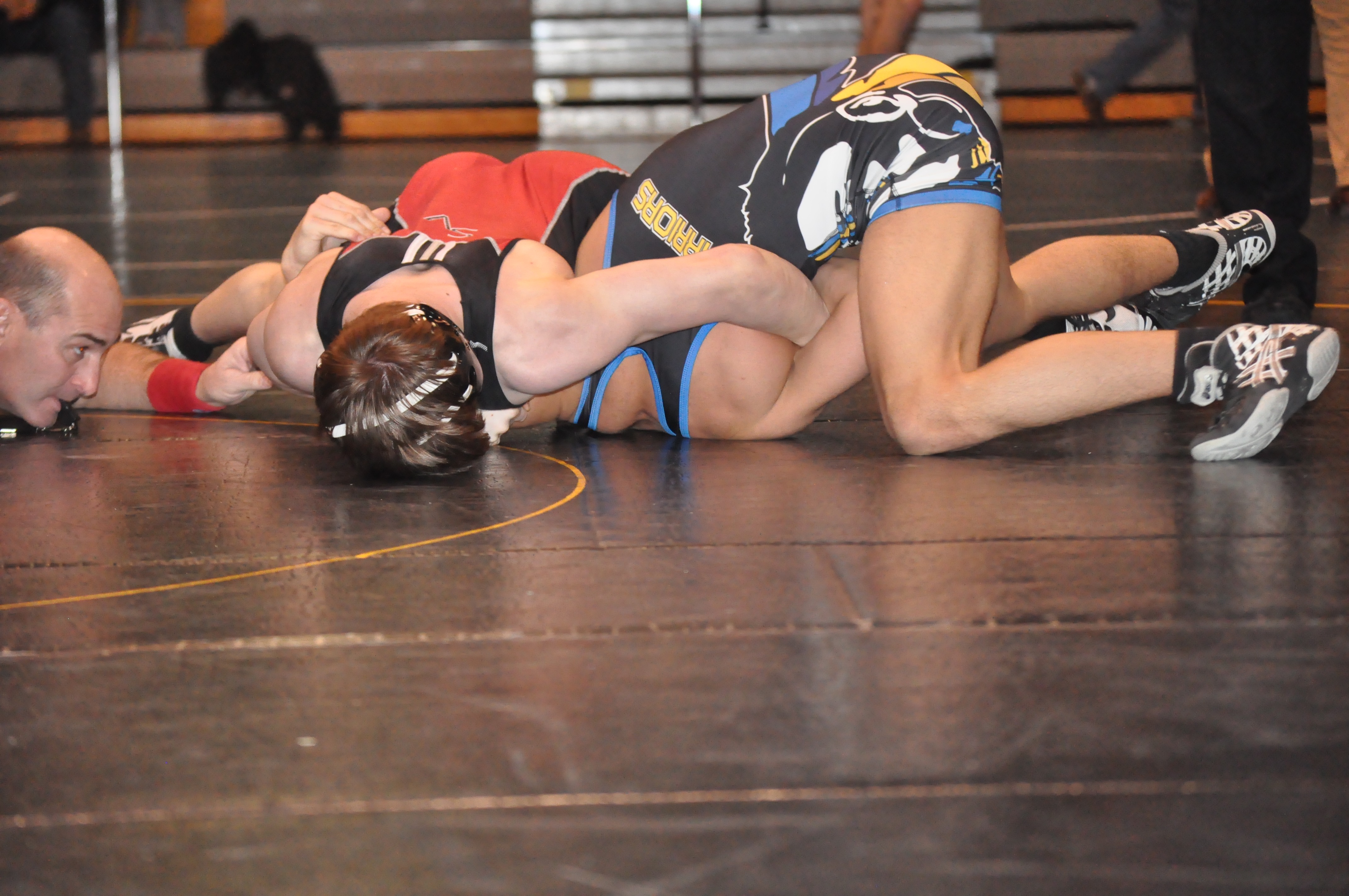 Spirk gets his fall.

Seniors Stephen Good and Trey Polak both took the quick path to victory and recorded first period falls for the Panthers. Good manhandled his opponent and finished the job in 34 seconds. Polak combined a “bear hug” with an “inside trip” for six at the 1:48 mark of his bout. 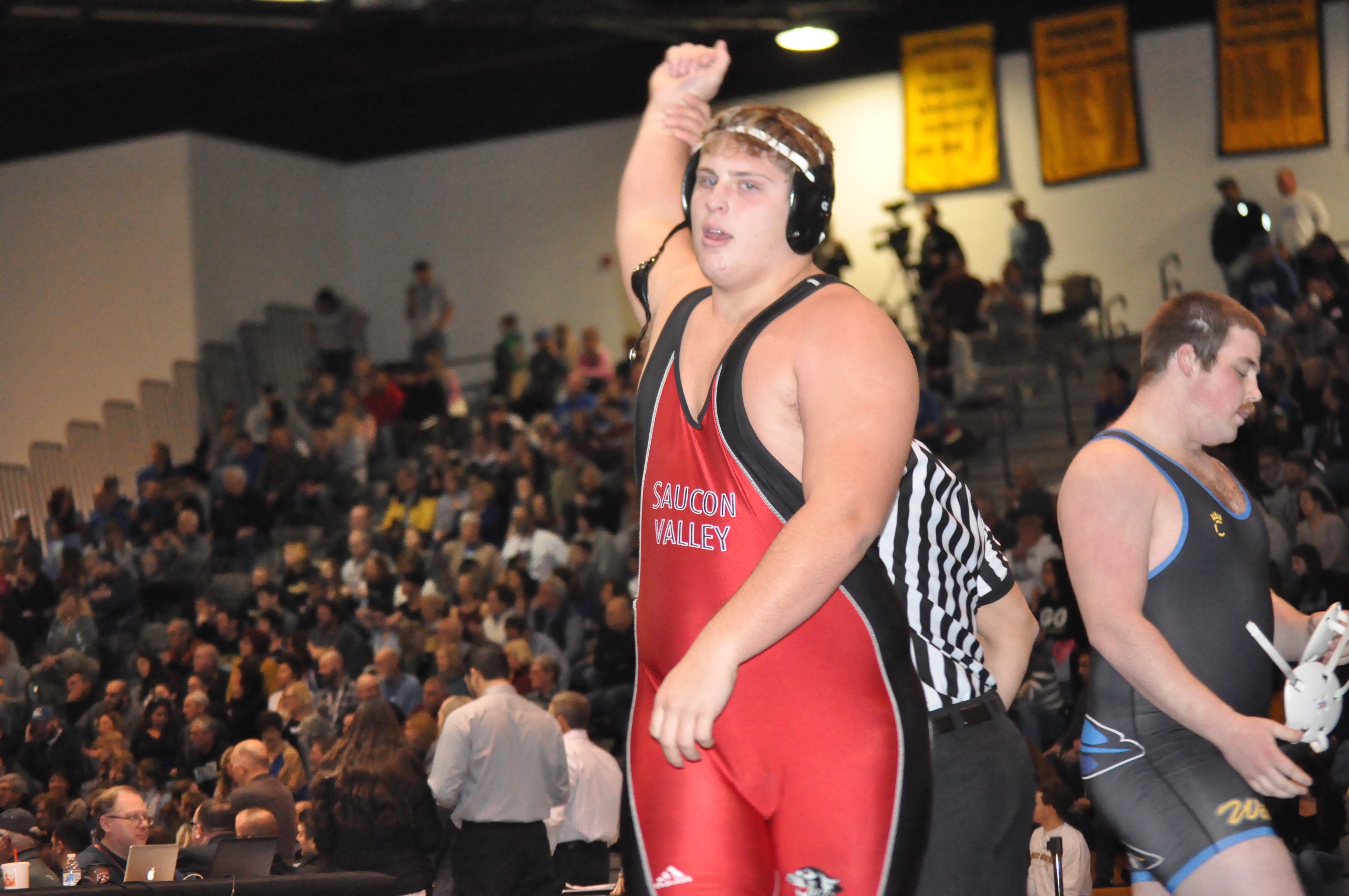 Trey Polak would agree that pinners are winners!

Lugo, also a senior, dominated and packed his opponent in 3:41.

Wilson avoided Devin Fontanez and awarded him a forfeit. Fontanez is a PIAA state medalist from last year and the Warriors must have realized the inevitable. 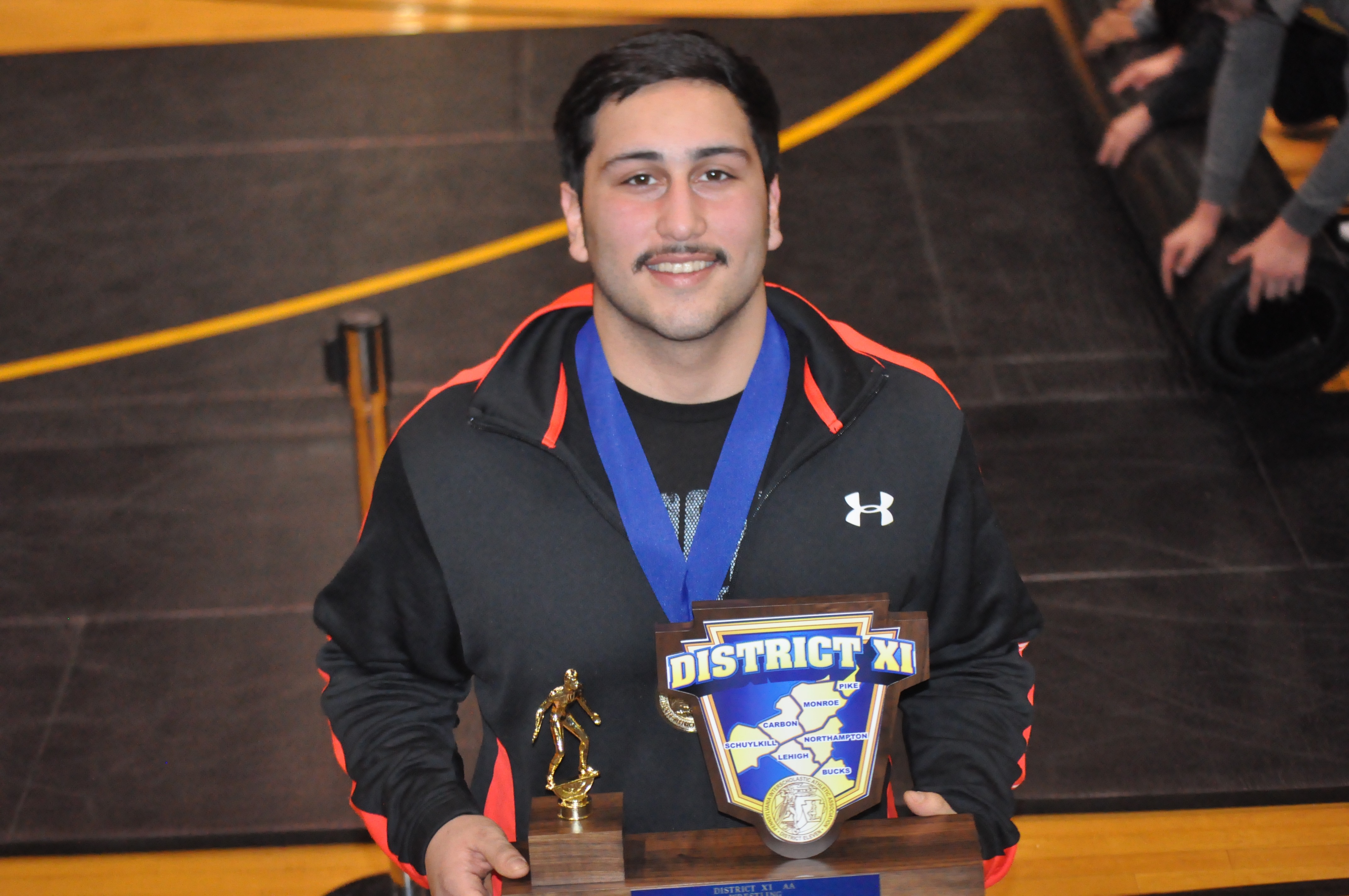 Saucon sophomore Josh Jones was impressive earning a technical-fall over Wilson’s Marckis Branford. Jones got an early takedown and turned Branford twice in the first period. Jones chose the top position to start the second and turned Branford three more times for the 15-0 mercy-rule. Branford had a 24-5 record.

Josh Jones’ older brother, Jason, also earned bonus points for the Panthers. Jason, a junior, was also tough on top and tilted his way to a 13-1 major-decision. 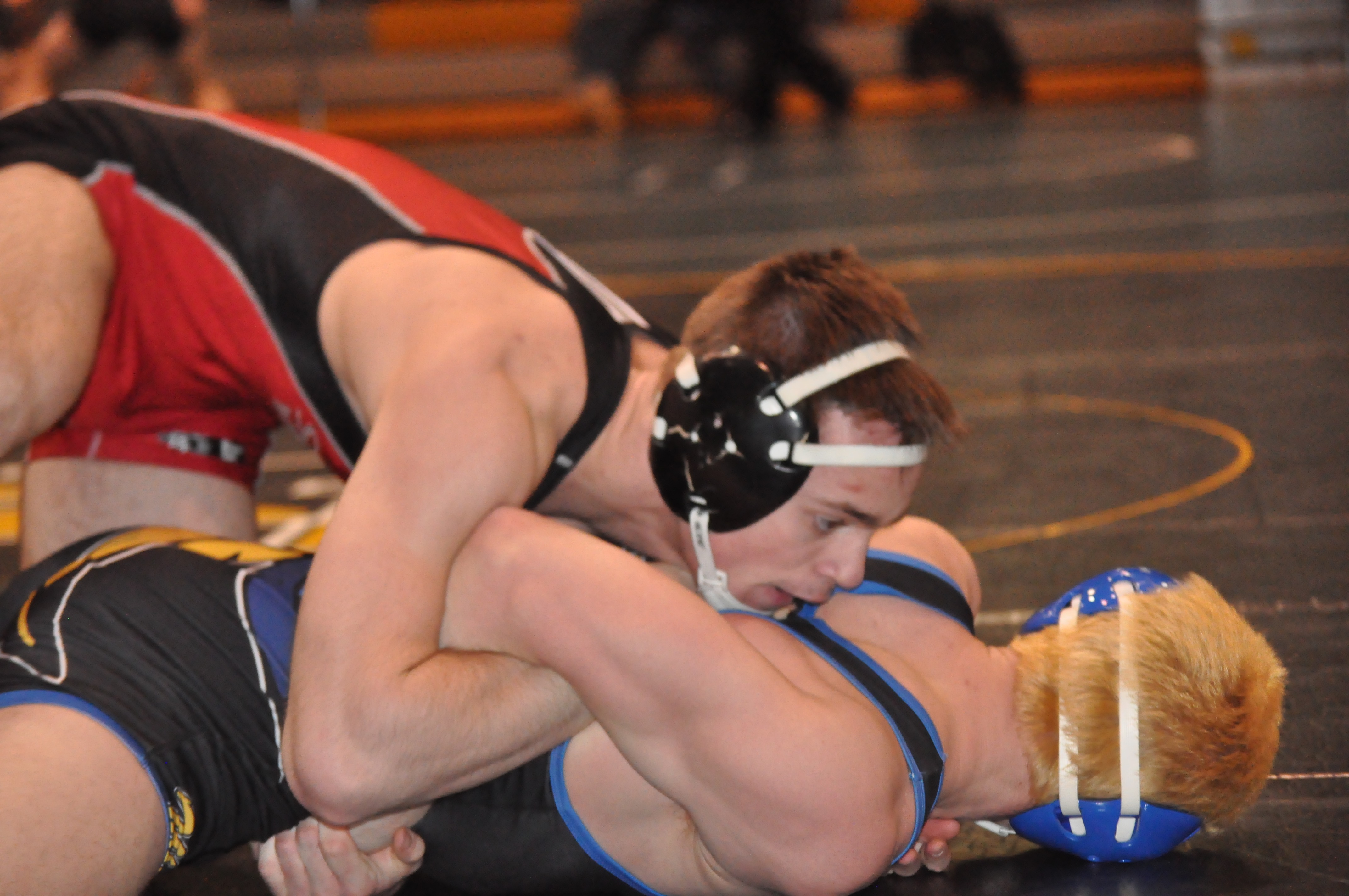 Jason Jones locks in the bar before getting a tilt.

Angelo Mahaffey (145) and Nate Kehs (170) both worked hard to receive decisions for the Panthers. After a scoreless first period Mahaffey heated up to roll to a 7-1 win. Kehs was never in trouble and earned an 8-3 victory.

Wrestler of the Match: The Team! 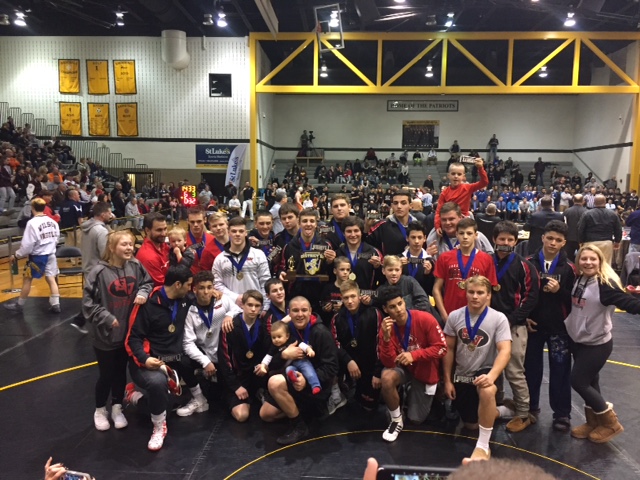 UP NEXT: As the #1 seed representing District XI, the Panthers will travel to Hershey Wednesday for the three-day PIAA state tournament. Their first match is scheduled for Thursday at 2 p.m. against District XII’s Bishop McDevitt. Last year the Panthers were perfect against McDevitt, 84-0. A likely win pushes the Panthers into Friday’s quarterfinals against Burrell, Line Mountain or Coudersport.

Note: Dewey Fire Co. will escort the wrestling team out of Hellertown on their way to Hershey Wednesday. Buses will leave the school district stadium at 1:30 p.m. and be escorted down Walnut Street to Main Street and north to the I-78 interchange. Members of the public are encouraged to come out to see the team off.

Asked what the Panthers’ approach is going to be out in Hershey, Coach Shirk said, “We’re going to enjoy these moments, step on the mat and just let it rip!” 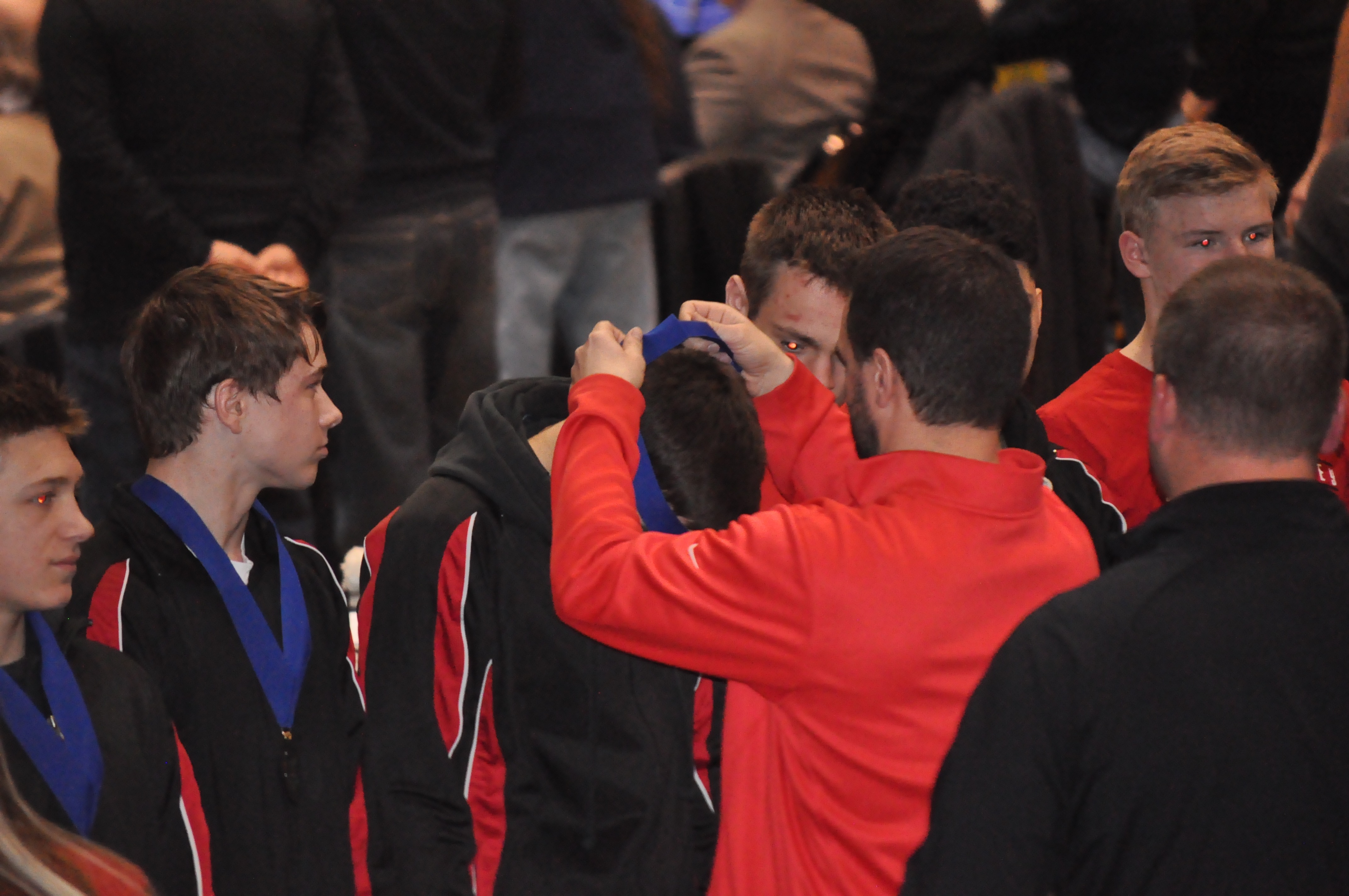 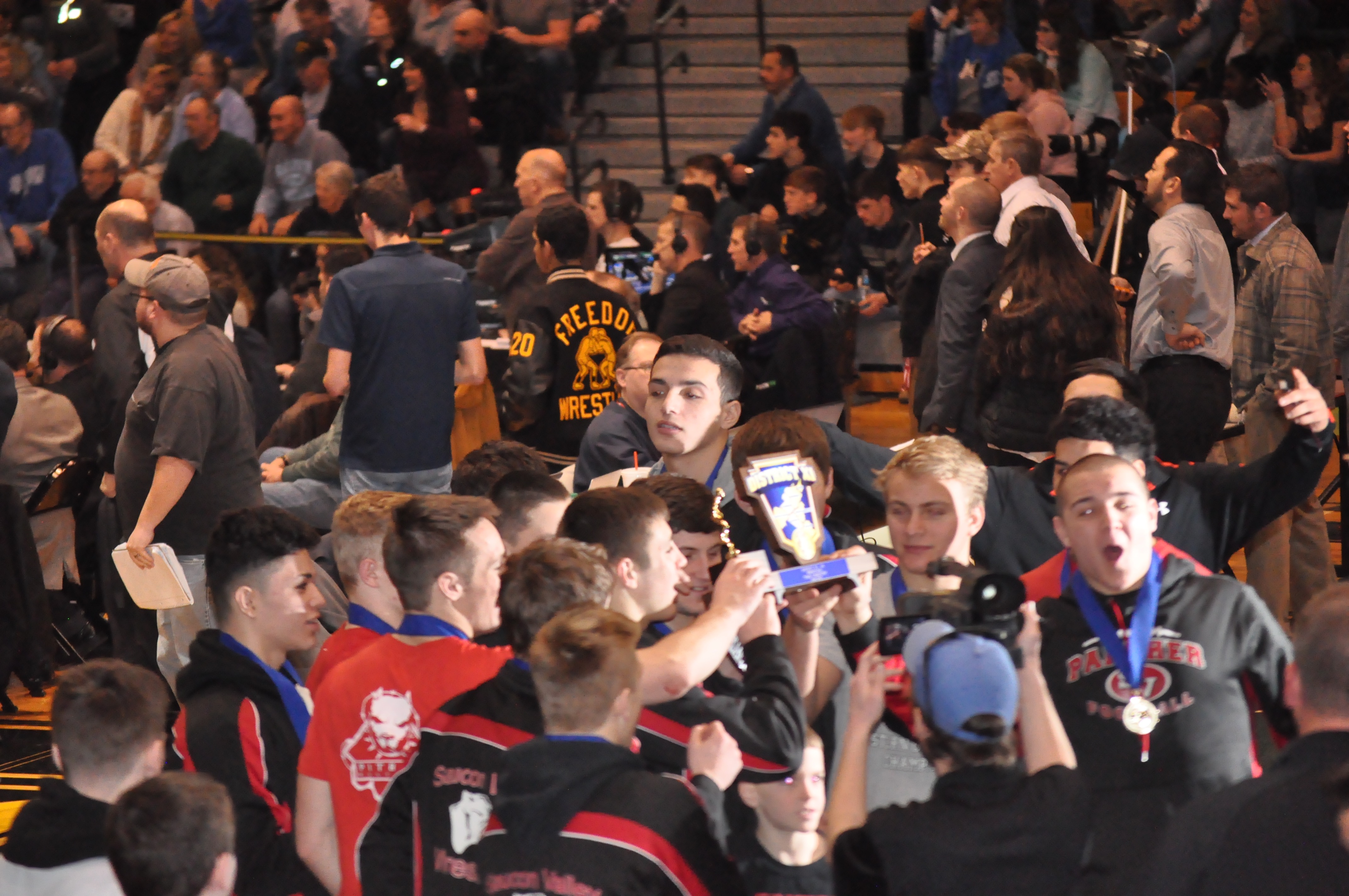