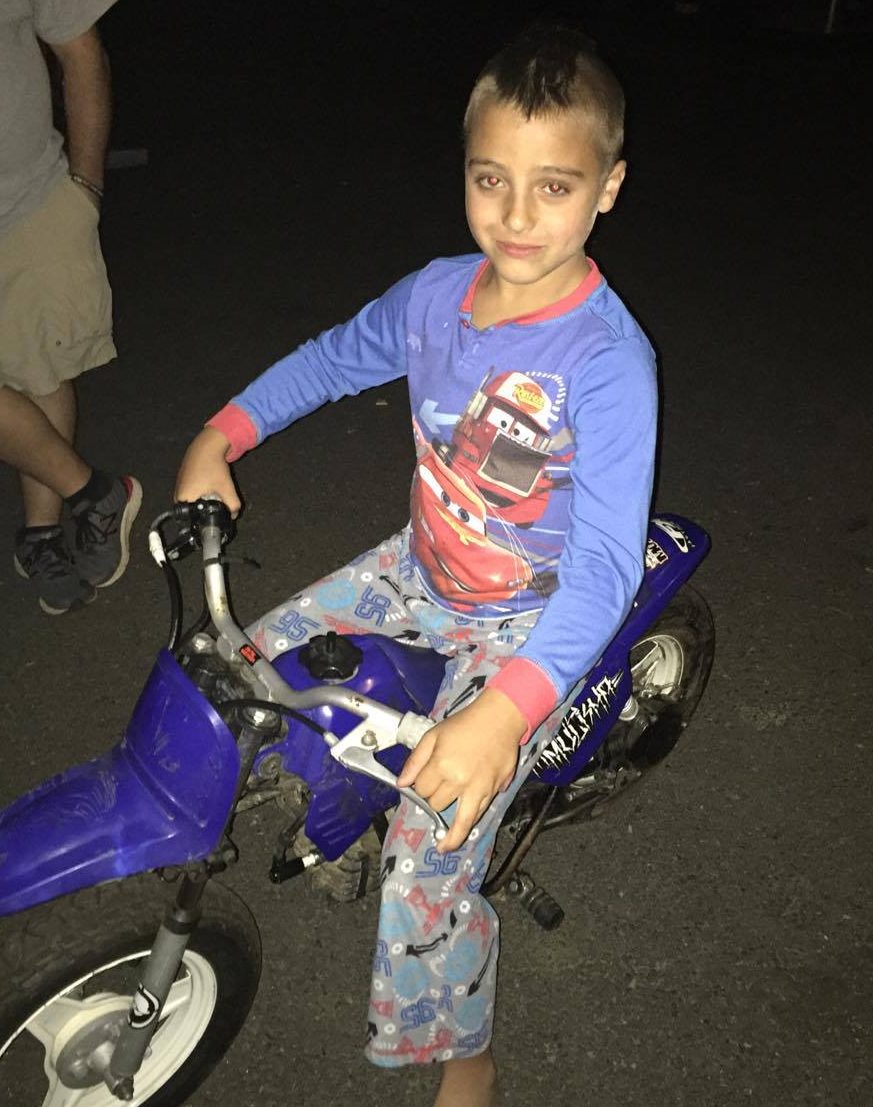 Bradon Pfanders of Lower Saucon Township was all smiles after his championship dirt bike was returned to him Tuesday night by police.

This week there was a rare happy ending to the story of a child’s championship dirt bike stolen from his family’s property in Lower Saucon Township nearly two years ago. 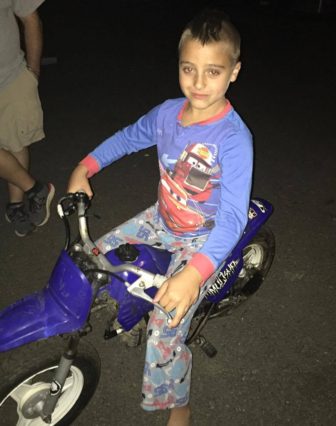 Bradon Pfanders of Lower Saucon Township was all smiles after his championship dirt bike was returned to him Tuesday night by police.

Bradon Pfanders’ 2006 Yamaha PW50–which was then valued at approximately $1,200–was taken by thieves from a locked trailer in August 2015, leaving him heartbroken.

Bradon was just 7 at the time, and had just ridden the bike in a national championship race he won in Illinois, so in addition to resale value it also had sentimental value.

Long after the Pfanders family had largely given up hope of recovering the prized dirt bike there was a surprising break in the case, when a friend of Bradon’s mom’s recently saw it listed for sale by someone in Richland Township on Facebook Marketplace–a buying and selling arena on the popular social media app.

Richland and Lower Saucon Township Police were able to verify that it was in fact Bradon’s missing bike, and to his delight it was returned to him Tuesday night.

Michele Pfanders said she and her husband Rich are grateful to both police departments for their help in investigating the theft and returning the missing bike to their son.

And although it may be difficult to uncover who actually stole it after so much time has passed, and with possession of the bike having changed hands since it was stolen, “we were just happy to get the bike back,” she said.

She shared several photos of Bradon smiling as he sat on his bike for the first time in nearly two years and one of him happily “working on it to get back to way it was!” 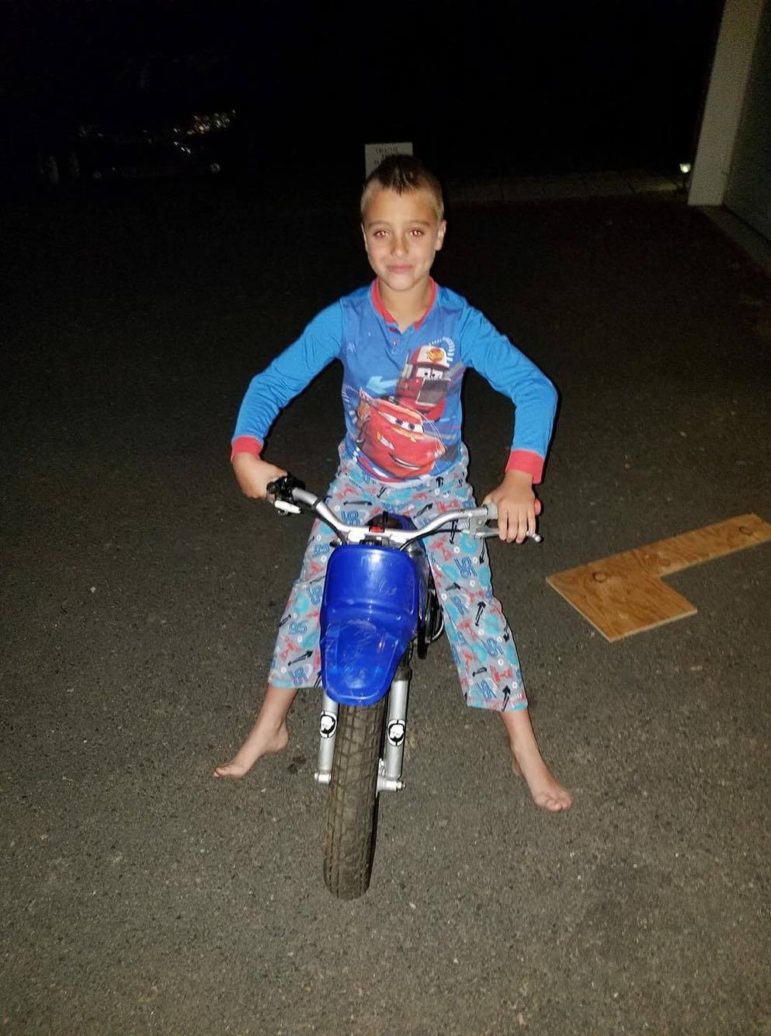 Bradon Pfanders was reunited with his championship dirt bike Tuesday, nearly two years after it was stolen from a locked trailer on his family’s property in Lower Saucon Township. 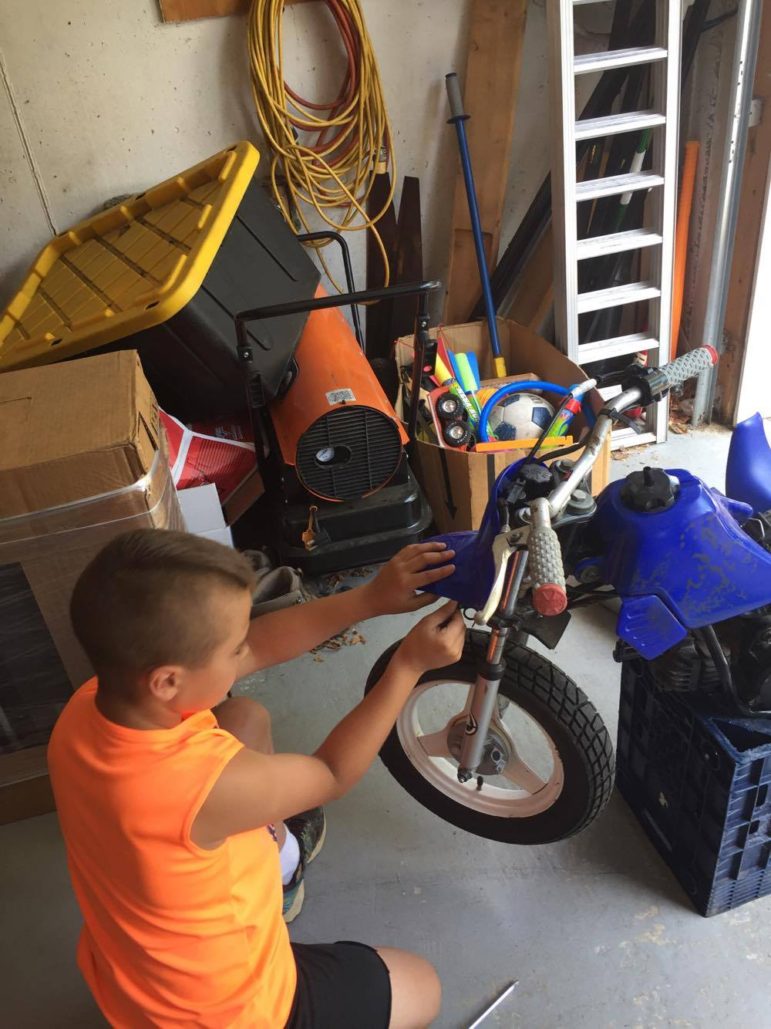 Bradon Pfanders works on restoring his dirt bike to the way it was before it was stolen nearly two years ago.