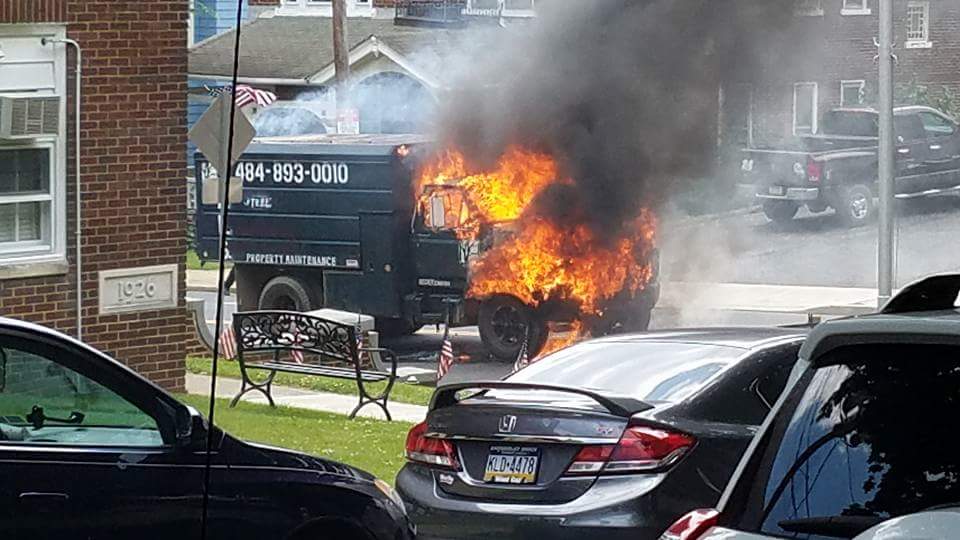 Volunteer firefighters risked heat exhaustion as they battled a truck fire on Main Street in Hellertown in nearly 90-degree temperatures on a day with high humidity. 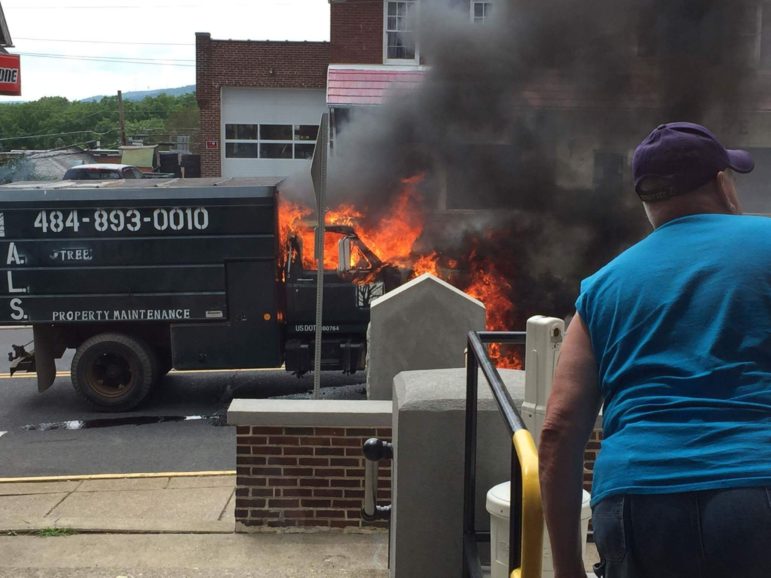 Hellertown American Legion patrons rushed outside the building at 935 Main Street to see a large truck engulfed in flames, as a result of an engine fire.

No one was hurt when a landscaping company truck burst into flames on Main Street in front of the American Legion post in Hellertown early Saturday afternoon.

Hellertown Police Cpl. Jeff Johnston confirmed at the scene that the engine caught fire, and said the front of the vehicle quickly became fully engulfed. 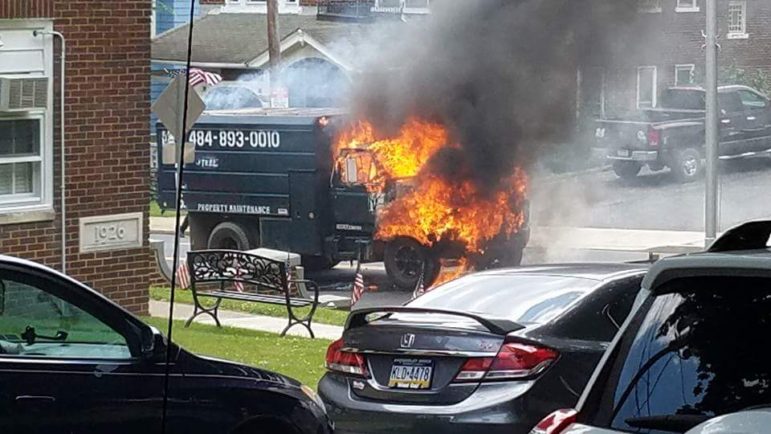 Volunteer firefighters risked heat exhaustion as they battled a truck fire on Main Street in Hellertown in nearly 90-degree temperatures on a day with high humidity.

The fire could have been worse had the truck been hauling a load of branches and other yard waste materials, he noted.

Dewey and Se-Wy-Co volunteer fire companies both responded to battle the blaze, which was brought under control by 2:30 p.m.

Main Street was closed between Sycamore and Depot streets while the fire was being contained, with traffic detoured onto Front Street.

The sight of the big truck burning in the middle of Main Street drew patrons out from the Legion as well as onlookers from the surrounding neighborhood and nearby businesses.

Saucon Source posted a live Facebook video of firefighters working to ensure that the fire was fully extinguished by opening up the truck’s cab and dousing its interior with foam.

Main Street had reopened to traffic by 3:30 p.m. 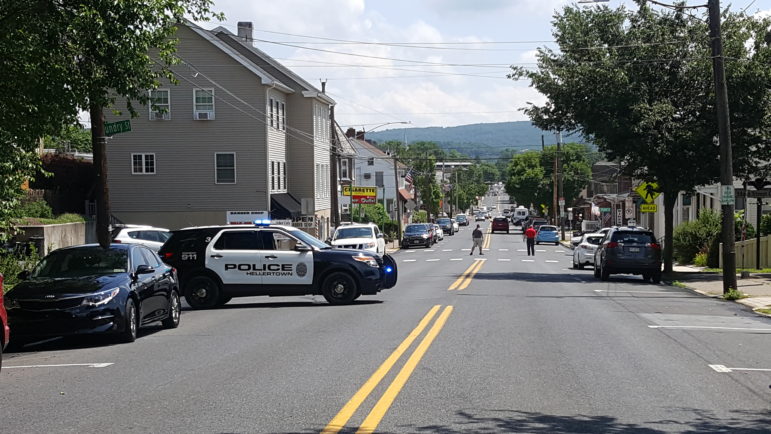 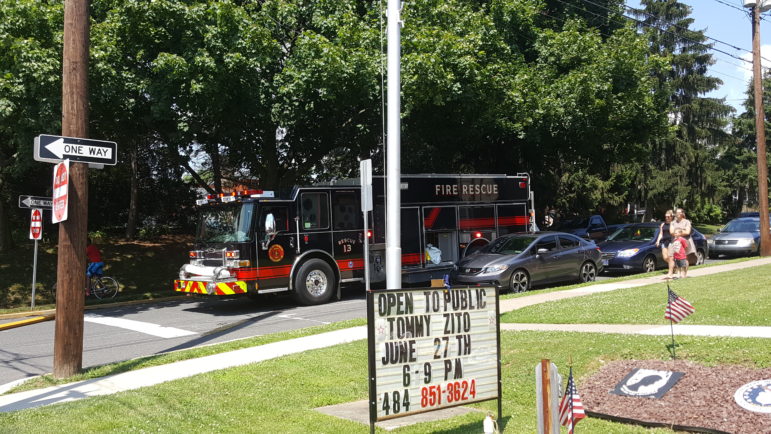 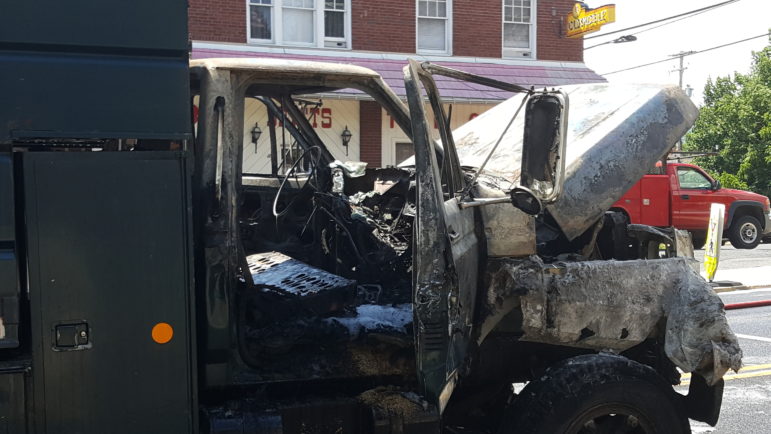 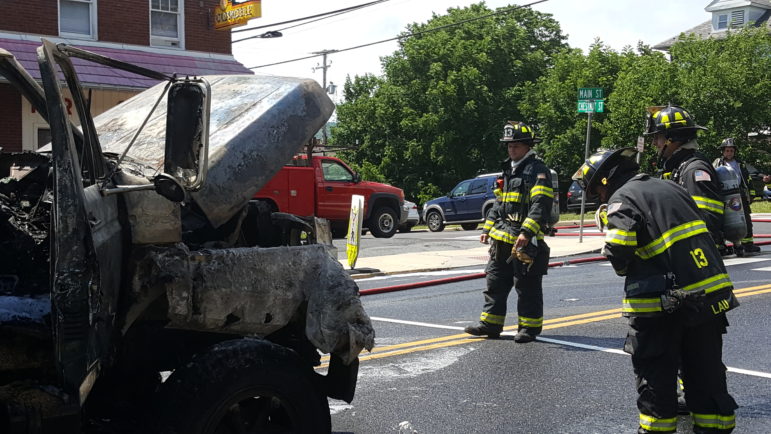 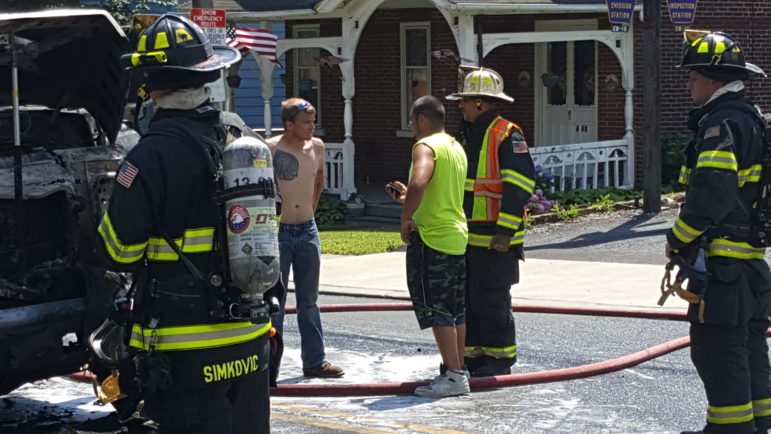 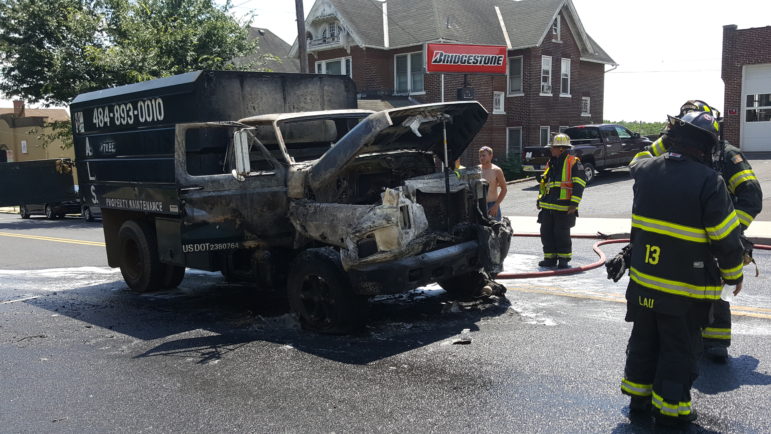 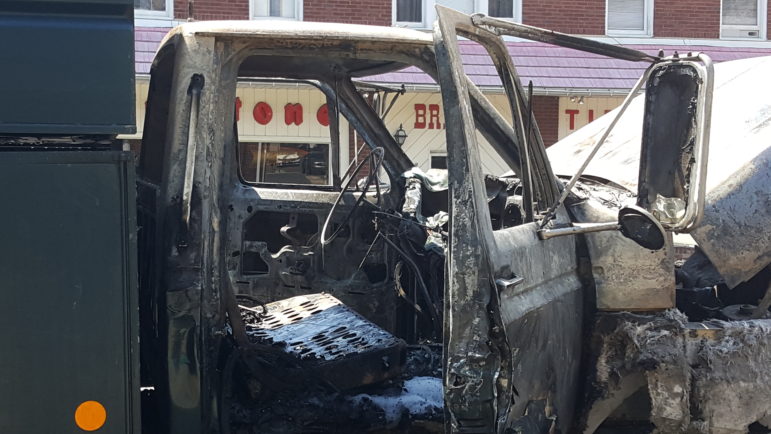 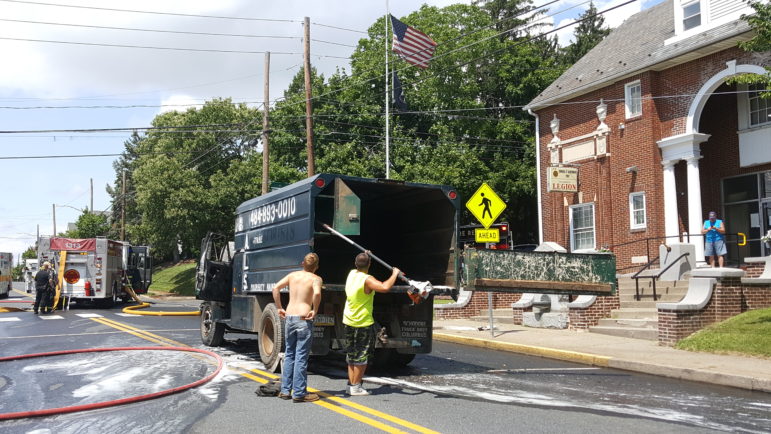