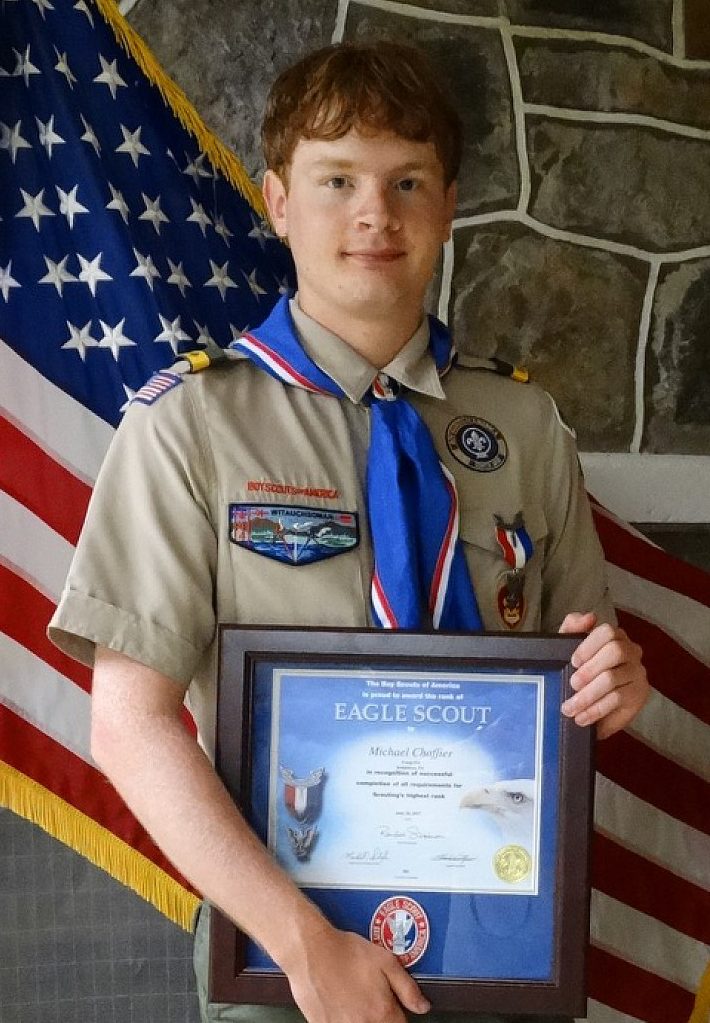 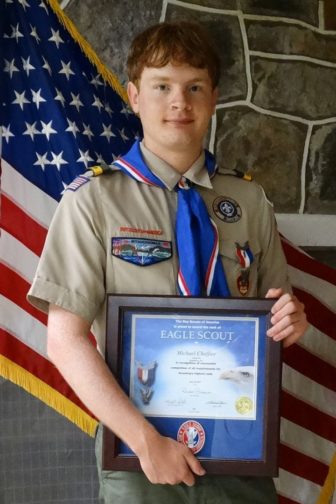 Michael Chaffier, a member of Boy Scout Troop 416 of Hellertown, has earned the rank of Eagle Scout.

He started out in the Boy Scout program as a Tiger Cub in 2005. In 2010, he earned the Arrow of Light and transitioned into Troop 416. As a member of Troop 416 Michael has held a variety of troop leadership positions, earned 26 merit badges and been inducted into the Order of the Arrow on his journey to Eagle Scout.

For his Eagle Scout project Michael built a lifeguard chair for the pool at Saucon Valley High School, where he was a member of the swim team and a lifeguard.

Michael is currently a freshman at Elizabethtown College majoring in biotechnology.