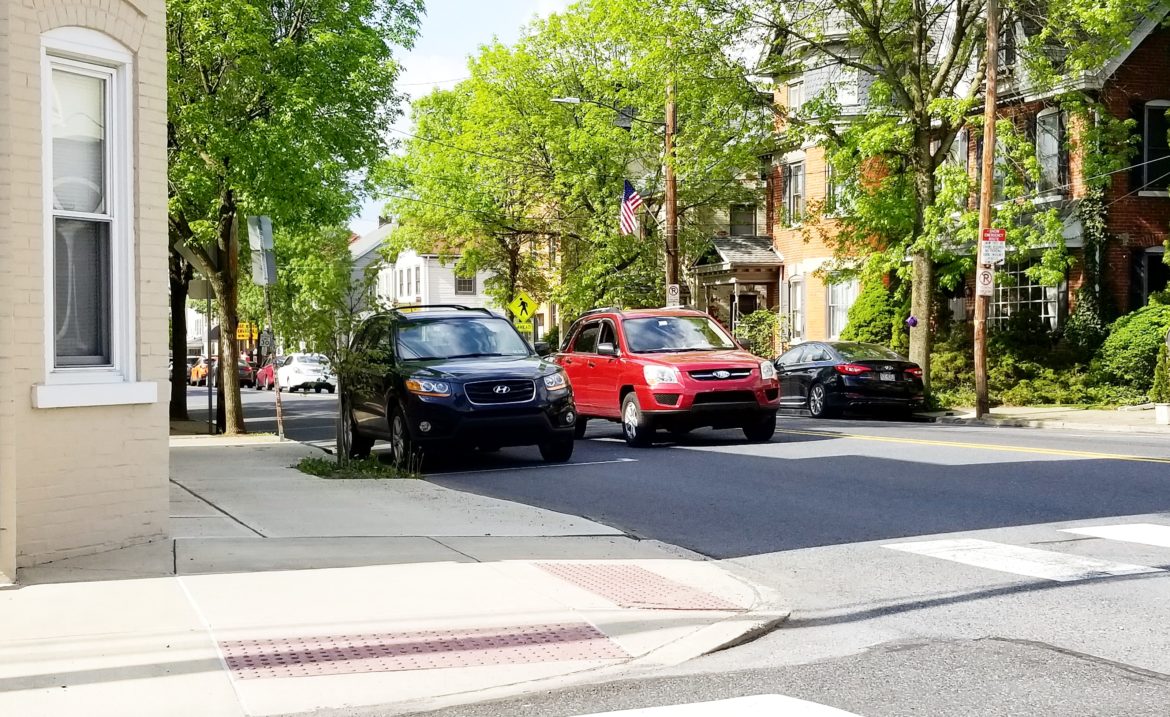 The space where the black vehicle is parked in this photo will be eliminated, after Hellertown Borough Council agreed with Police Chief Robert Shupp that it restricts visibilty for traffic on W. Saucon Street that is turning onto Main Street or proceeding straight ahead. 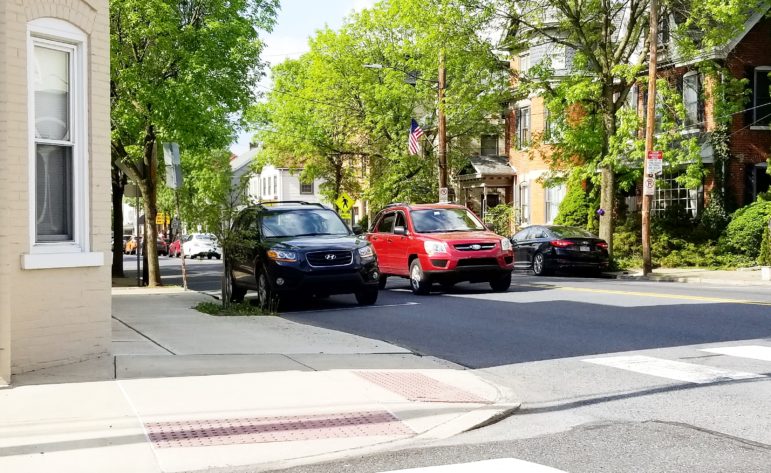 The space where the black vehicle is parked in this photo will soon be eliminated, after Hellertown Borough Council decided Monday that it restricts visibility to a potentially dangerous degree for W. Saucon Street traffic that is turning left or right onto Main Street or proceeding straight ahead. The parking space is located in front of 402 Main Street.

Shupp said he took a close look at the intersection after a resident contacted him with a safety concern.

For motorists heading east on W. Saucon Street, the view of oncoming (southbound) traffic to their left is obscured if a vehicle is parked in the space closest to the corner on Main Street, he said.

“Basically there’s one parking spot too many,” Shupp told council.

The spot closest to the intersection on that side of the street is located in front of 402 Main Street, which is an apartment building.

Shupp noted that the visibility for motorists trying to turn left or right onto Main Street or drive straight across it is even worse if a large vehice is parked in the spot.

“If you get some sort of a truck parked there you really can’t see,” he said. “You have to pull into the roadway.”

He said he conducted his own test by parking a police SUV in the space nearest the intersection.

Now that there is a rail entrance at the west end of Saucon Street, there is more vehicular and pedestrian traffic in that block, he added.

Angela Reese, a resident of W. Saucon Street, was present at the meeting and identified herself as the person who brought the matter to the chief’s attention.

As someone who crosses Main Street at that intersection as many as eight times per day, she asked if two spaces could possibly be removed in order to improve the visibility there even more.

She said she has almost been hit by a car while crossing at Main and W. Saucon streets “multiple times” when someone is parked in the second-closest spot.

“We have to go where the stop line is,” Shupp told her.

He noted that PennDOT recommends a 147-foot sight distance for that type of intersection, and said removing one parking space “gets us close” to meeting that criterion.

Council members expressed their support for the proposal, which will necessitate adding ‘No Parking’ signage where the space is now located.

Shupp said the intersection is one that has been identified as a “difficult” intersection as part of the borough’s Main Street Safety Initiative, and said additional improvements to it could be made in the future.

“I think this is a good start,” he told council.