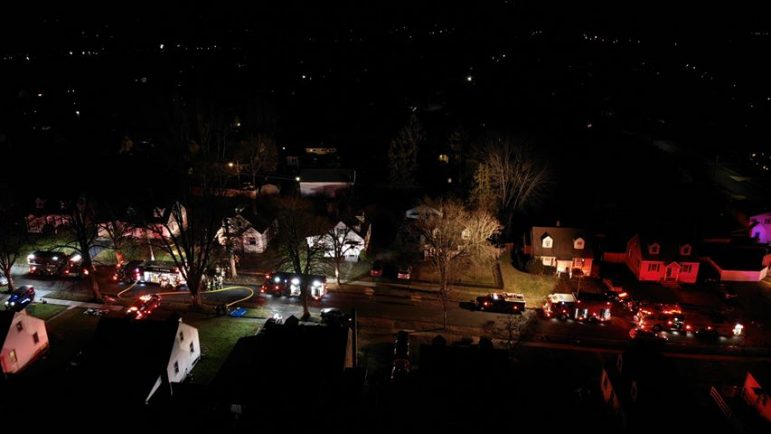 An aerial view of fire and police activity along Cedar Road in Hellertown early Wednesday, after a fire broke out in a home at 314 Cedar Road.

Local volunteer firefighters were on the scene early Wednesday of a house fire that broke out around midnight at 314 Cedar Road in Hellertown borough.

At about 12:20 a.m., the Lehigh Valley Breaking News Facebook page reported that smoke and fire were showing at the scene.

As of 1 a.m. information was not yet available about what may have caused the blaze, and whether or not anyone was injured as a result of it.

A neighborhood resident reported that the fire was under control by that time.

The house in which the blaze occurred has been unoccupied for some time, the resident said.

Note: This is a developing news story. It will be updated if/when additional information becomes known. 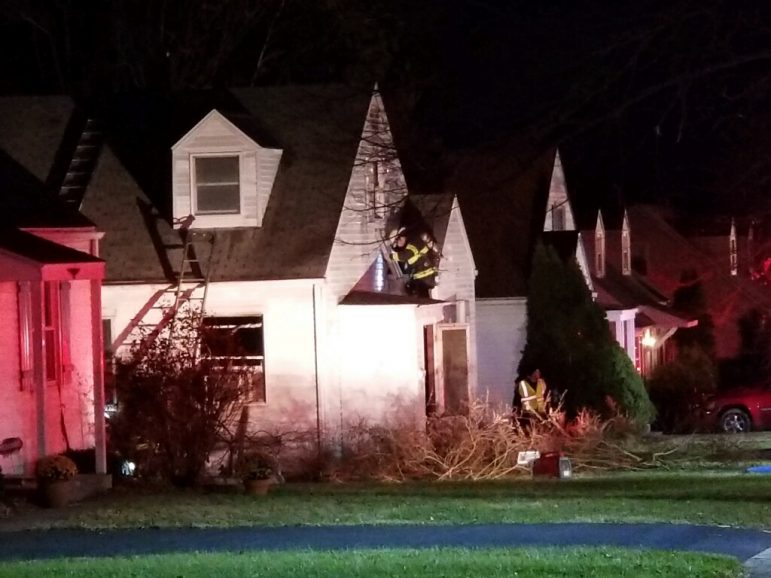 A firefighter fights a blaze in the 300 block of Cedar Road in Hellertown borough early Wednesday. 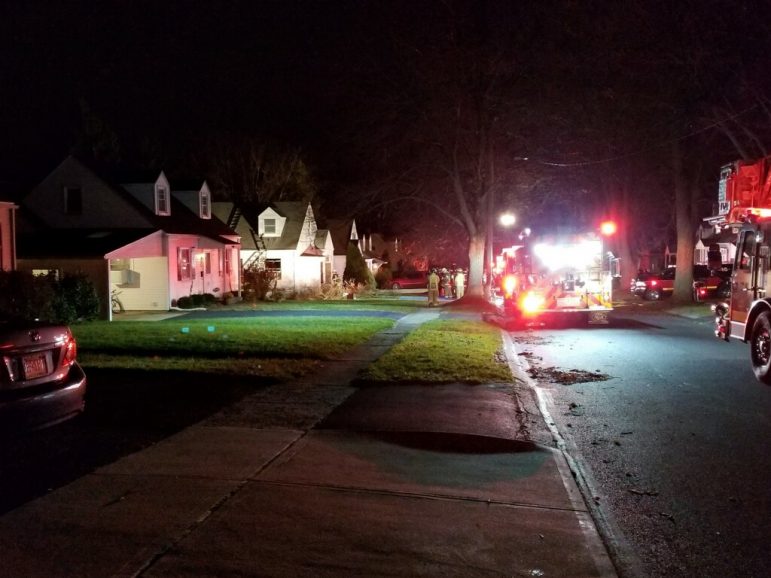 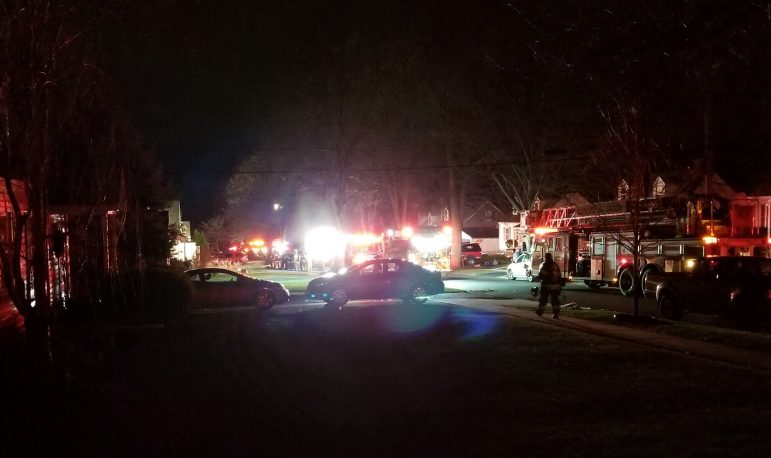 Cedar Road runs from south to north between Walnut Street and Magnolia Road. The residential street was lit up by the lights of firetrucks Wednesday night, as crews arrived to battle a blaze at 314 Cedar Road.