Lower Saucon Township Police said Monday they are investigating an unusual hit-and-run accident that occurred in the 2400 block of Applebutter Road on Friday, Feb. 1 at about 2:50 p.m.

In a post on their Crimewatch site, police said the van’s driver struck a wall along the road, which caused the van to roll onto its side.

As a result, multiple boxes filled with drywall screws, nails, bolts and an electrical box spilled onto the roadway, police said.

“A witness observed the vehicle on its driver side in a yard, and when she went outside to check the van was now on the roadway and then fled the scene,” police said.

Police released a photo of the gray van they say was involved in the accident (below), and are asking for assistance in identifying its owner.

Anyone with information about the owner or the crash can submit an anonymous tip online or call police headquarters at 610-317-6110. 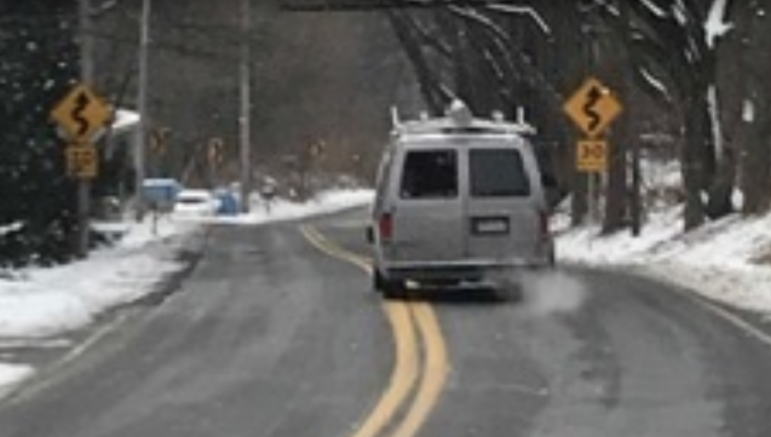 Lower Saucon Township Police Monday released this photo of a van they say was involved in a hit-and-run accident in the 2400 block of Applebutter Road Feb. 1. Police are asking for help with identifying the van’s driver.