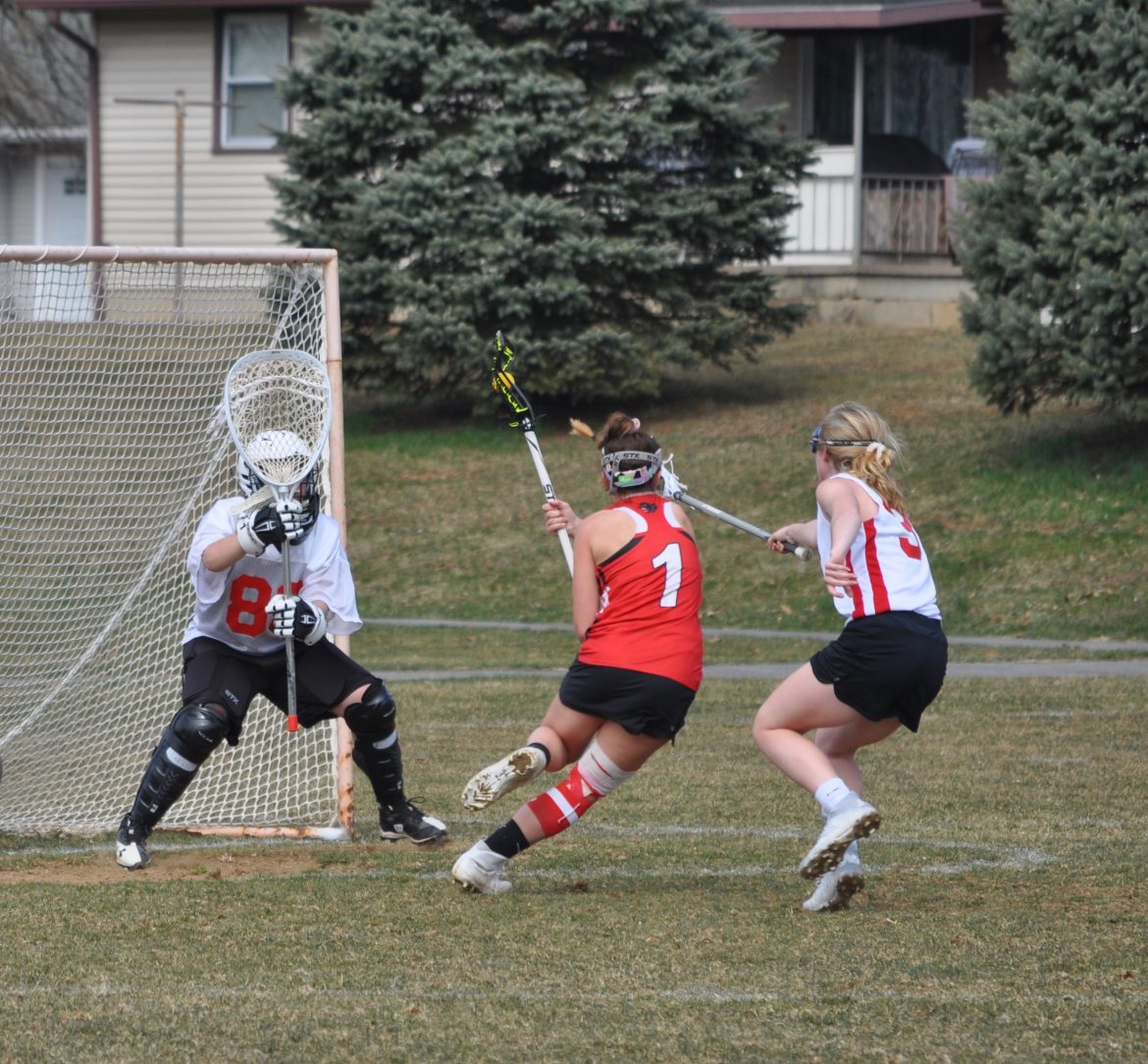 Saturday morning the Lady Panthers loaded up their gear and travelled to Easton for what figured to be another knock-down, drag-out lacrosse competition against the Red Rovers.  Easton and Saucon Valley are considered among the frontrunners to capture 2019 District XI titles.  Easton, having settled for silver the past two seasons, is in the conversation along with Parkland to take the 3A title.  Saucon Valley is looking for to 3-Peat as the small-school, 2A champions. Last season, the Panthers and Rovers needed sudden-death overtime to determine a winner.  This matchup, once again, was well-worth all the hoopla. 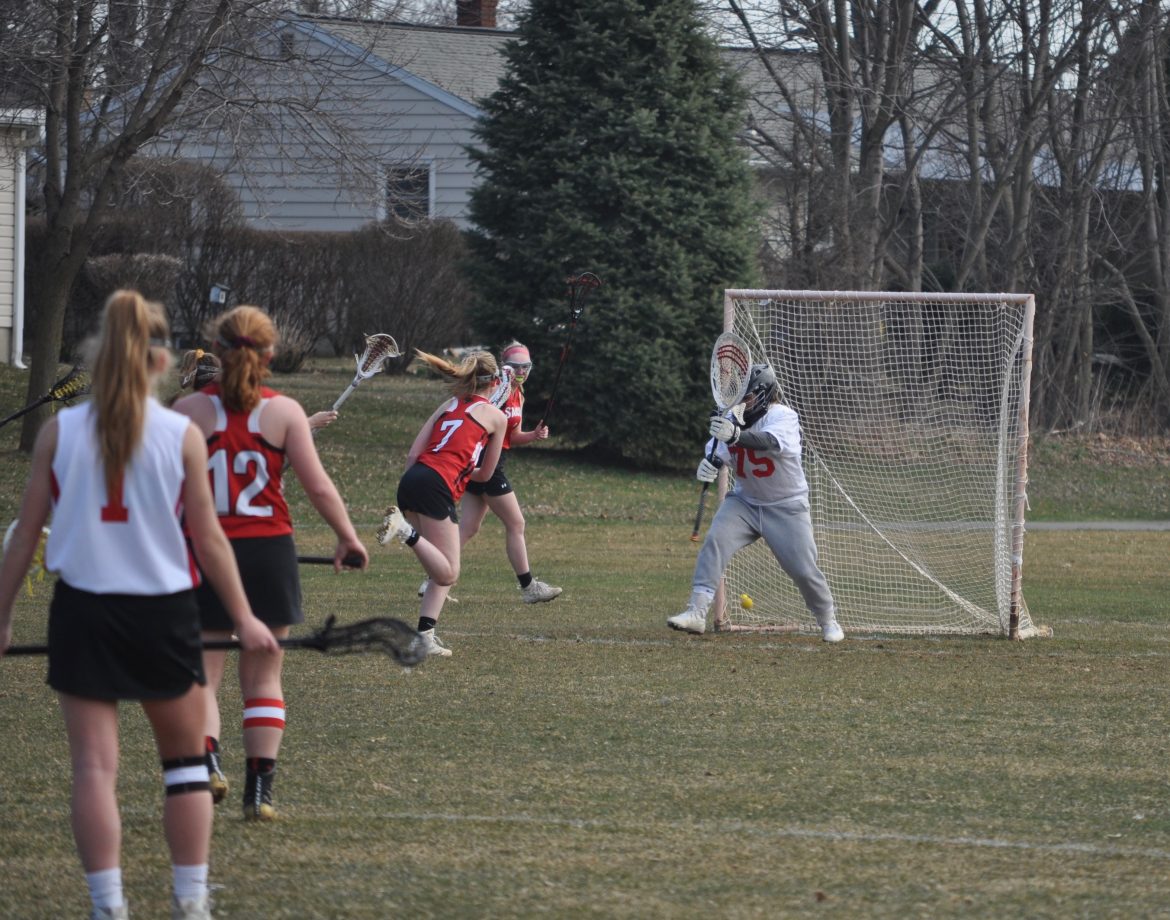 The first half was a tale of two halves. Easton struck first two minutes into the game.  But, the Panthers roared back with an inspiring seven unanswered goals.  Senior Kat Naiburg along with sophomores Maria Donahue and Katie Marker each found net twice, while junior Camryn Zavacky added a single.  Saucon Valley held a 7-1 lead with under eleven minutes left to play in the first half. 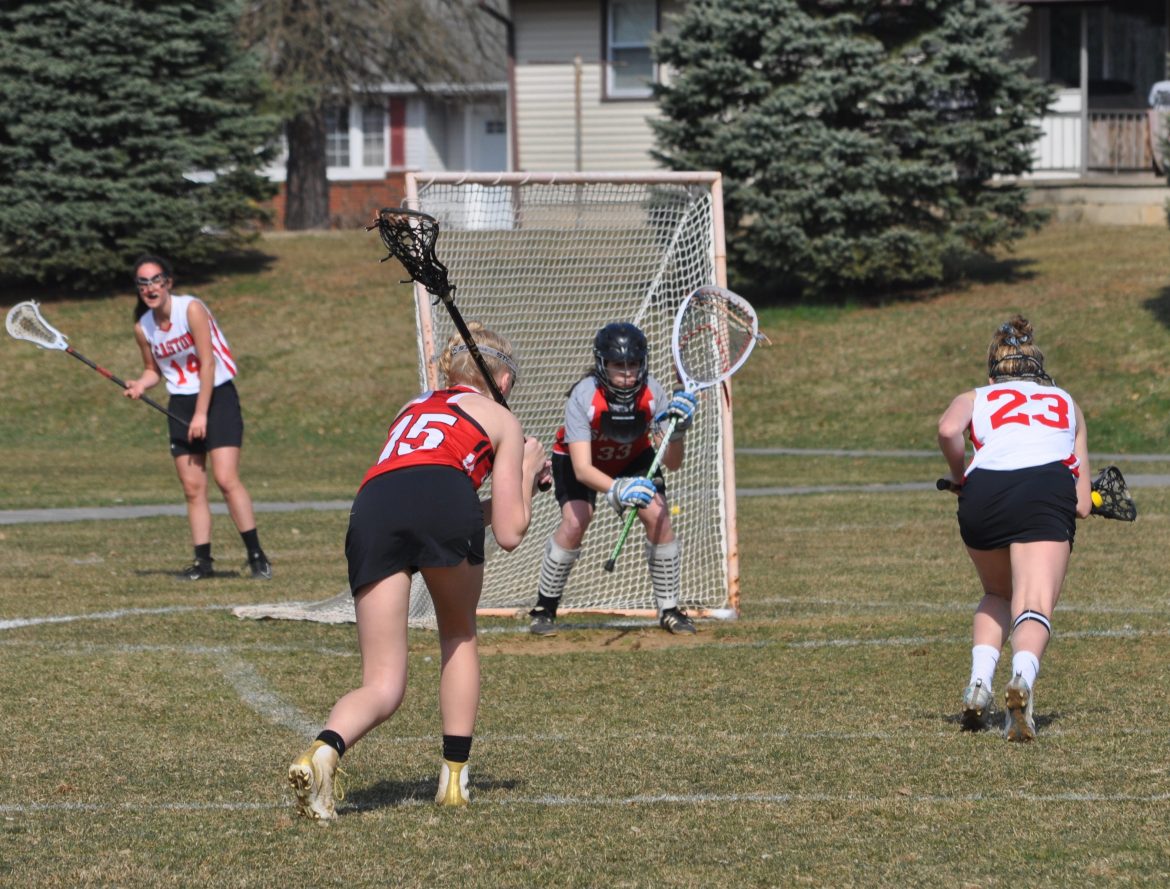 Panther goalkeeper, Audrey Holland, looked good with five big saves, but Easton answered the Panther challenge with four consecutive scores.  However, Maria Donahue, with just a few precious seconds left on the clock drove hard to the goal and was fouled.  With no time left in the half, Donahue took advantage of a free-start from the 8-meter arc and scored to lead her side into the halftime break with an 8-5 lead. 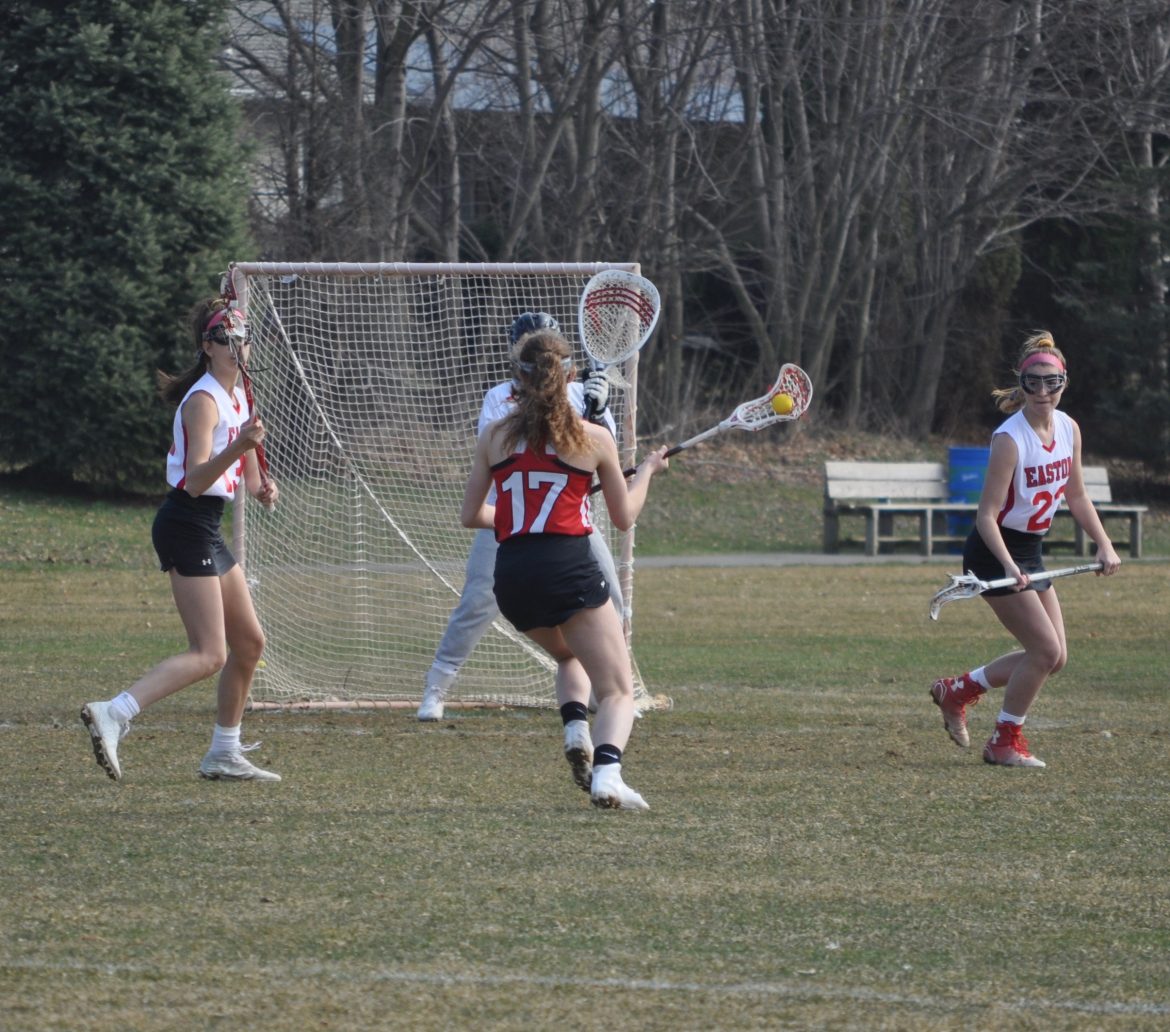 Maria Donahue (17) on her way to another big game for Saucon Valley.

Easton came out of halftime and immediately recaptured the momentum.  The Lady Rovers rattled off three straight scores and tied it up 8-8  with 22:25 left to play. The Panthers were, no doubt, in a dog-fight against the Red Rovers and battled back with goals by Maria Donahue and Kat Naiburg to jump back on top 10-8.  Easton answered with a pair of goals and with 16:44 remaining the score was deadlocked at 10-10. 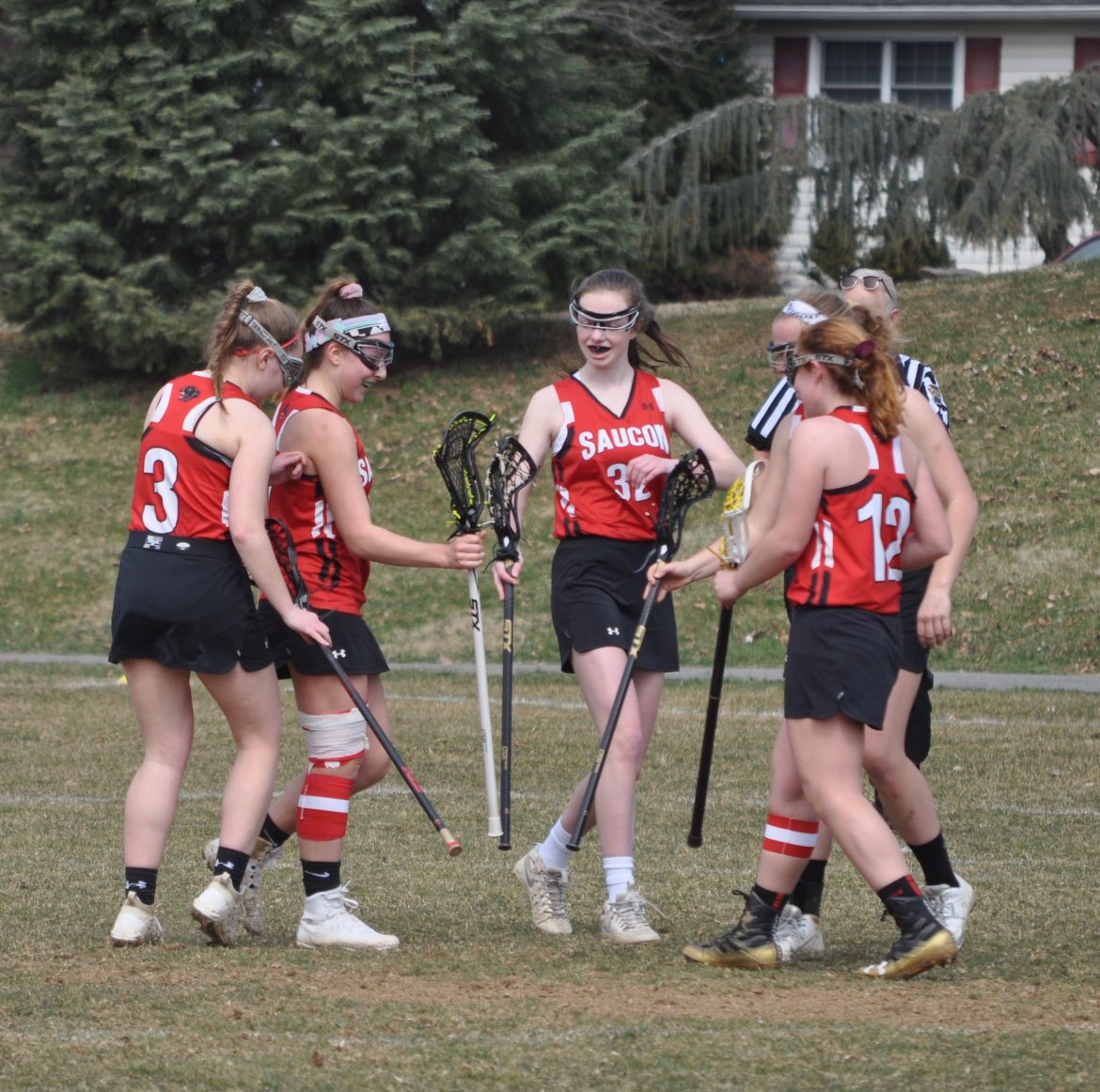 Senior Siobhan Coakley hit net off a feed from Donahue to reclaim the lead, but Easton battled right back to make it 11-11 with just under thirteen minutes left to play.  Saucon’s Cam Zavacky broke the tie with a goal and “Battle-Kat” Naiburg added two more.  With just over ten minutes remaining the Panthers went up 14-11. 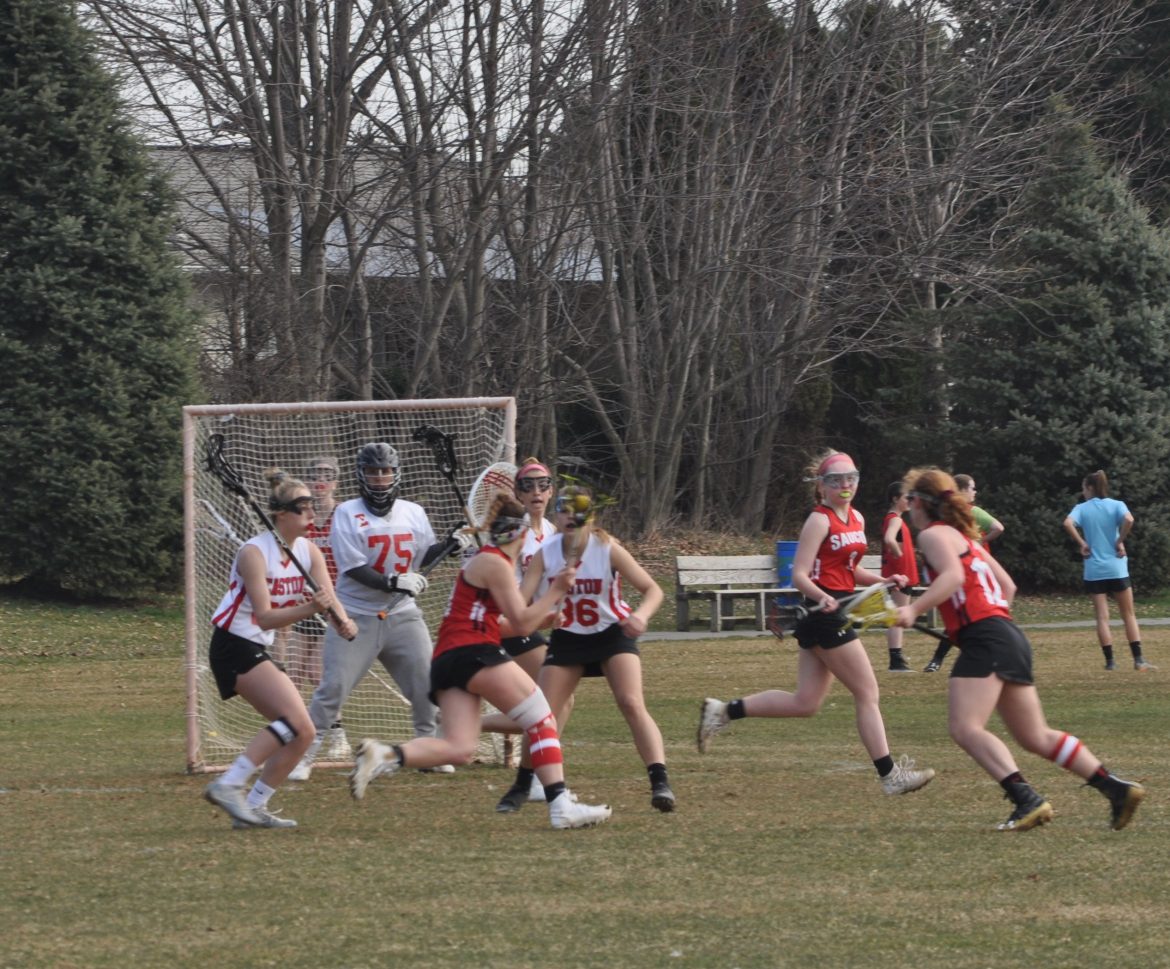 At 8:55 Easton found net again, but Zavacky and Naiburg put on an offensive show that led to three more Panther goals; two by Zavacky and one by Naiburg.  With 4:04 remaining, Saucon Valley pulled away to their biggest lead of the second half at 17-12. Easton hit paydirt at 3:06 and 1:25 to close the deficit, but the Panthers did a good job playing keep-away and bleeding the clock while holding on for a huge 17-14 victory over the Easton Red Rovers. 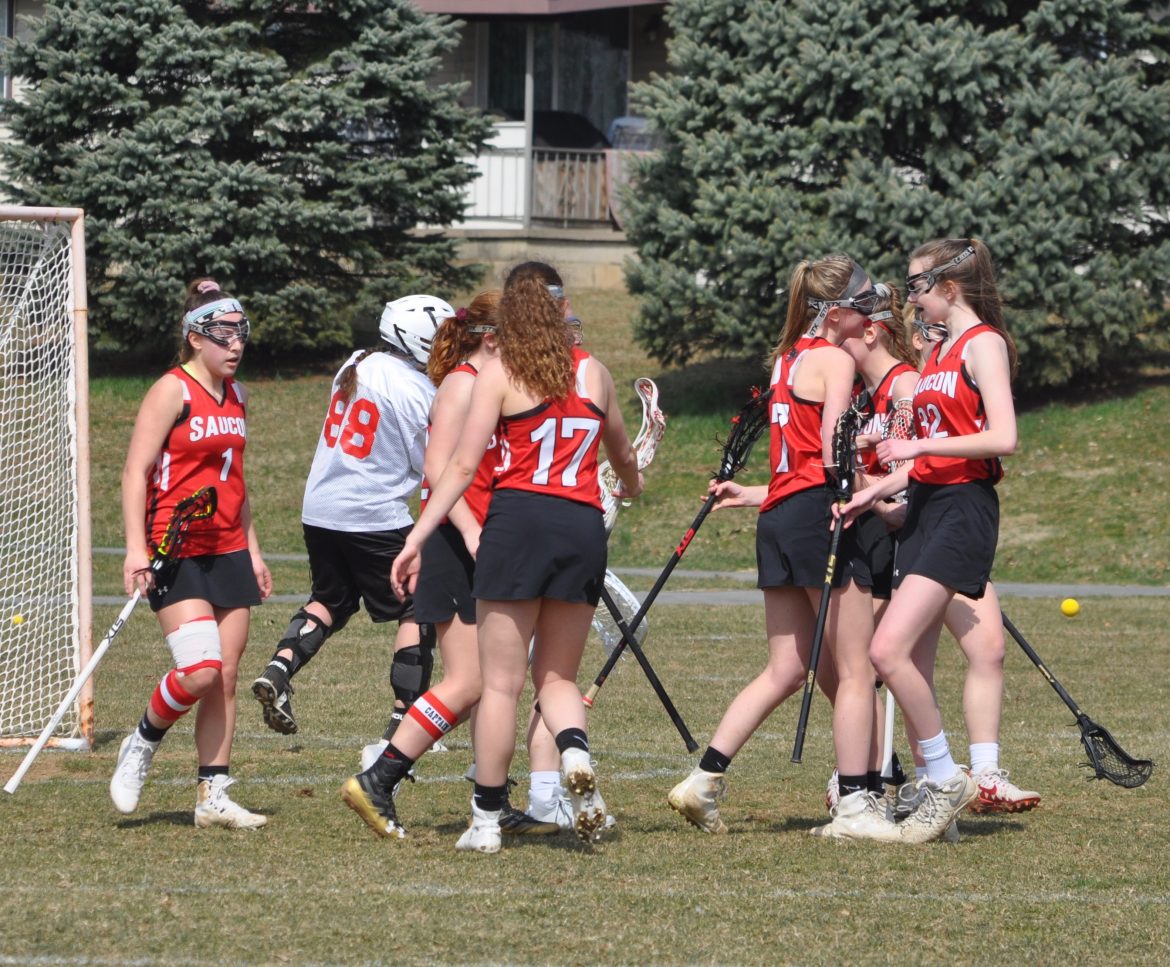 The Panthers swarm to celebrate what proves to be Katherine Naiburg’s game-winning goal.

It was an inspiring team effort for the Panthers.  They played with the heart of a lion.  The only time Saucon trailed was 1-0.  Easton evened the score at 1-1, 8-8, 10-10 and 11-11.  Saucon Valley, however, was able to maintain their poise and absorb the powerful Red Rover attack.  The resilient Panthers were always able to answer and reclaim the lead against a very good Easton Red Rover squad. 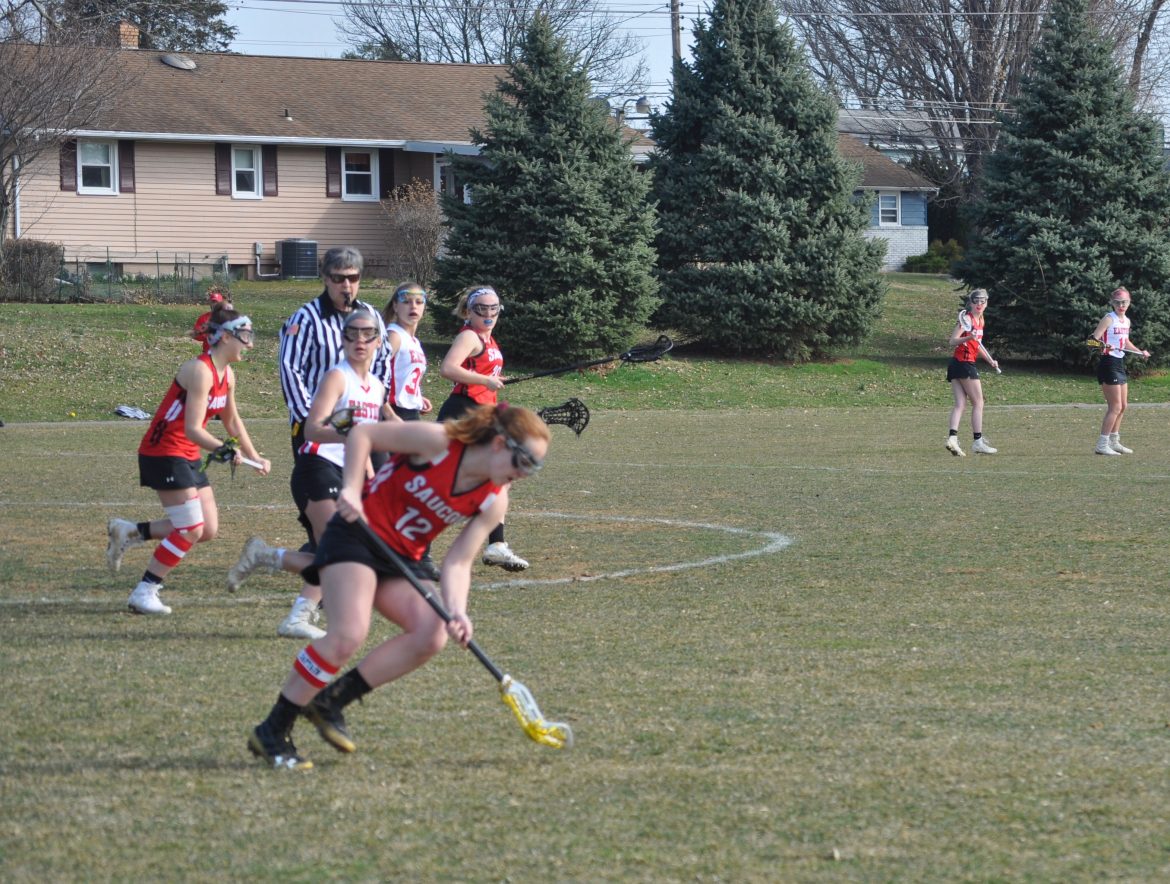 Saucon Valley senior ‘Battle-Kat’ Naiburg (12) came up big for the Panthers in their 17-14 victory over Easton. 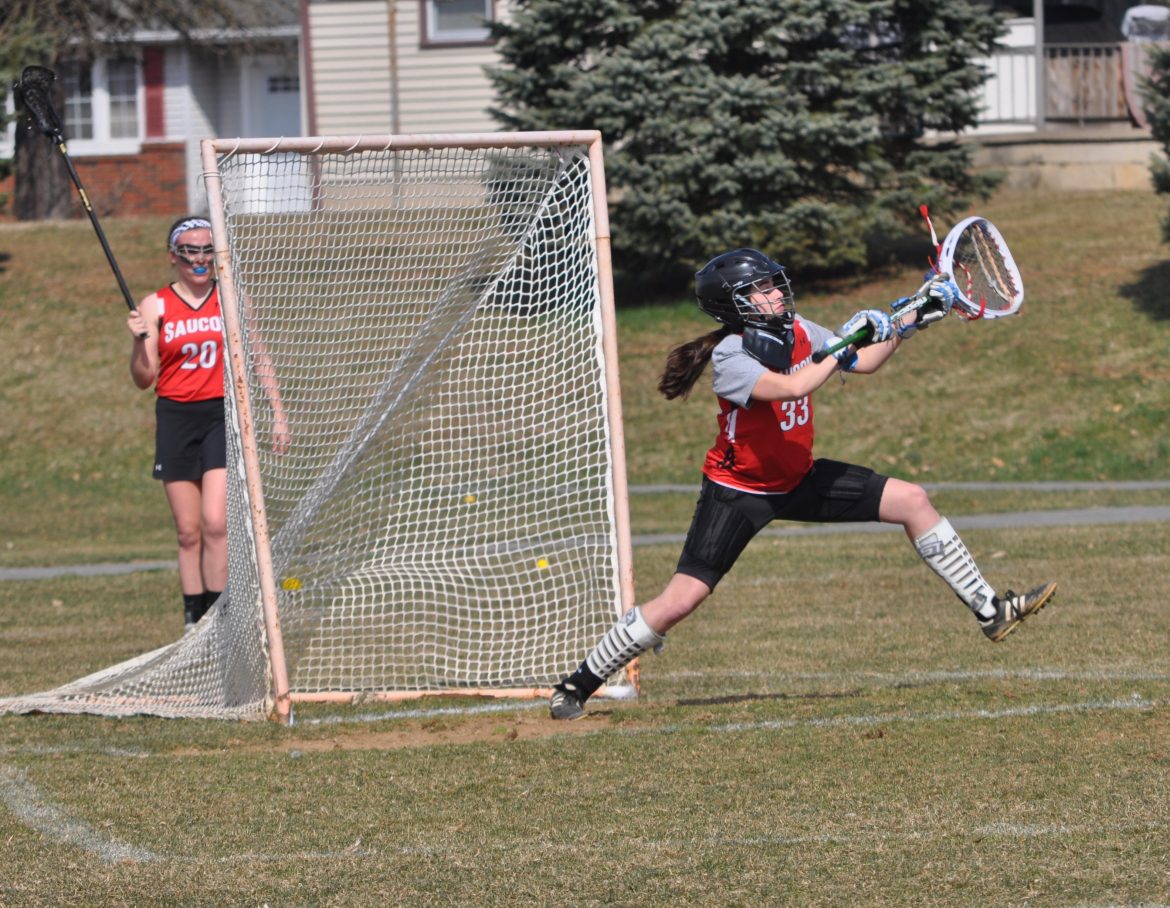 Holland came up big for the Panthers with her ten saves. 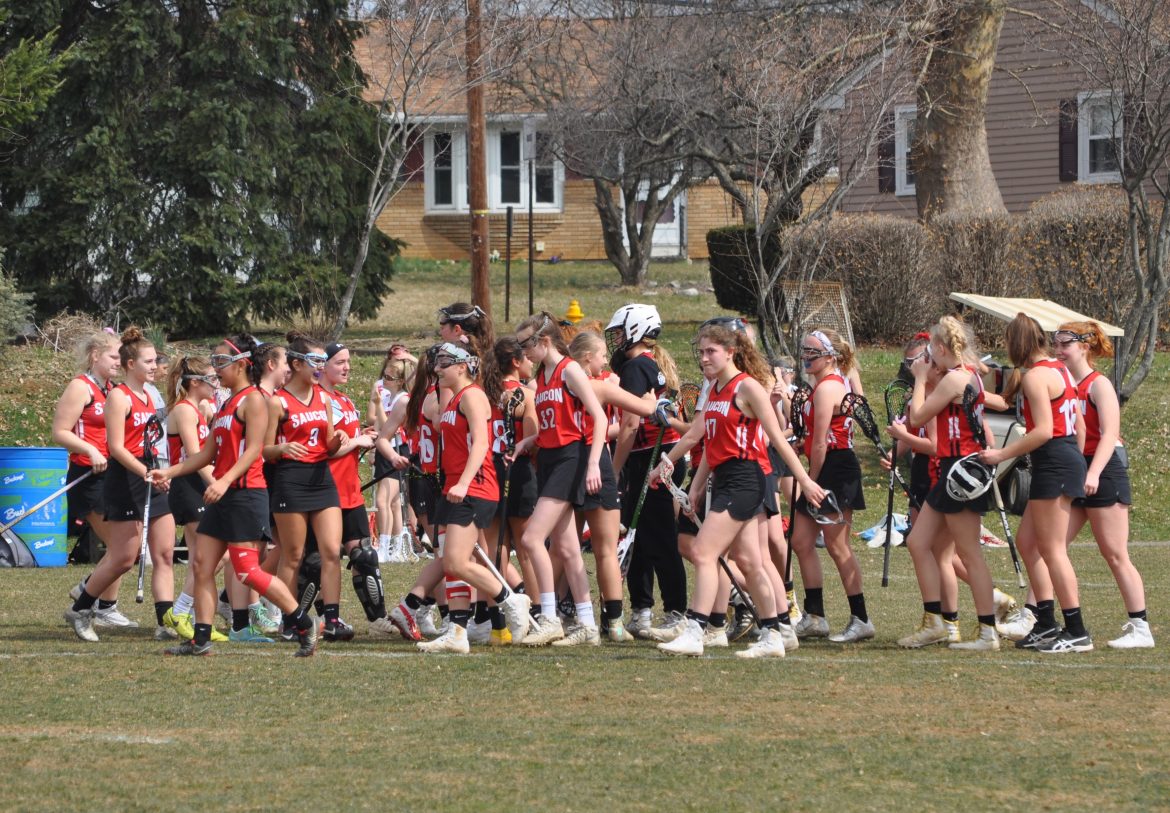 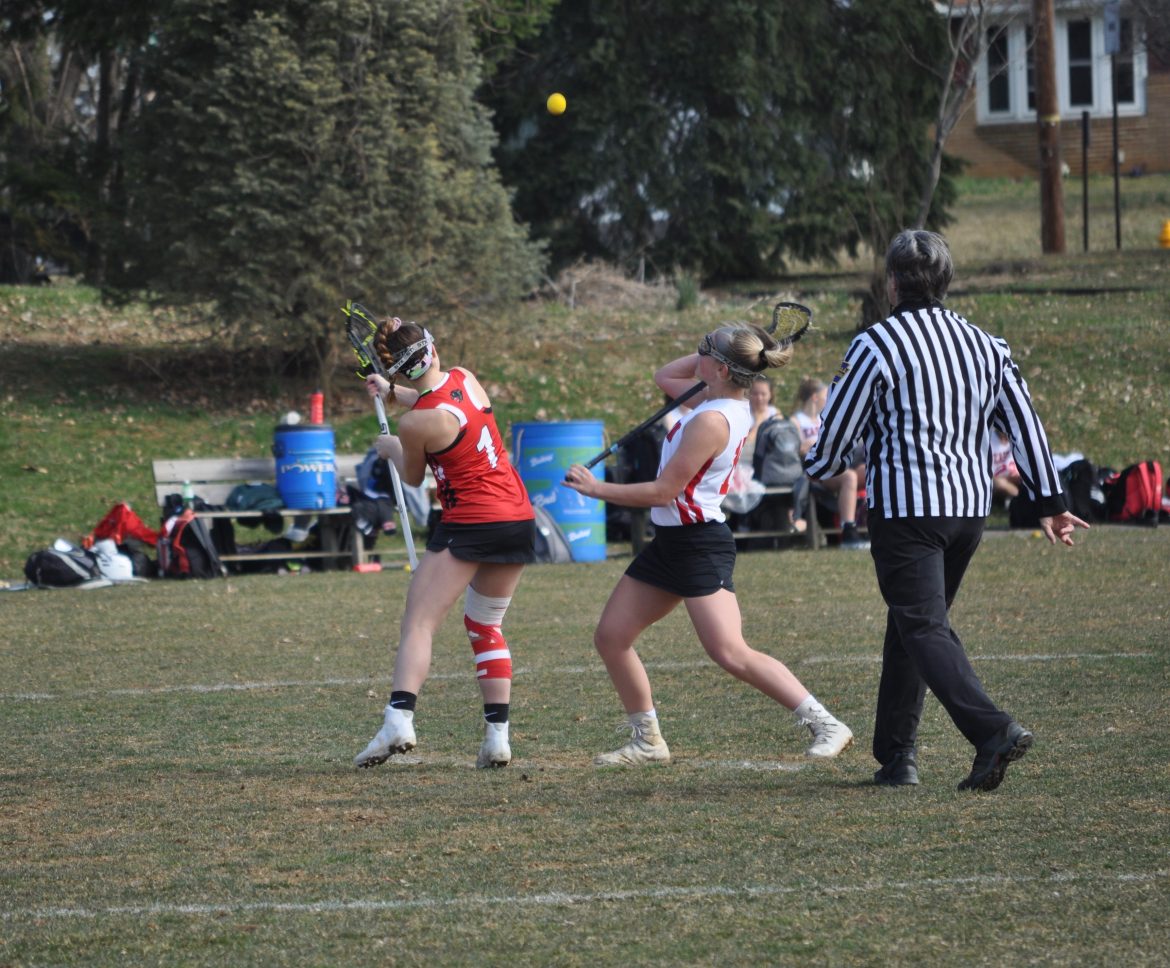 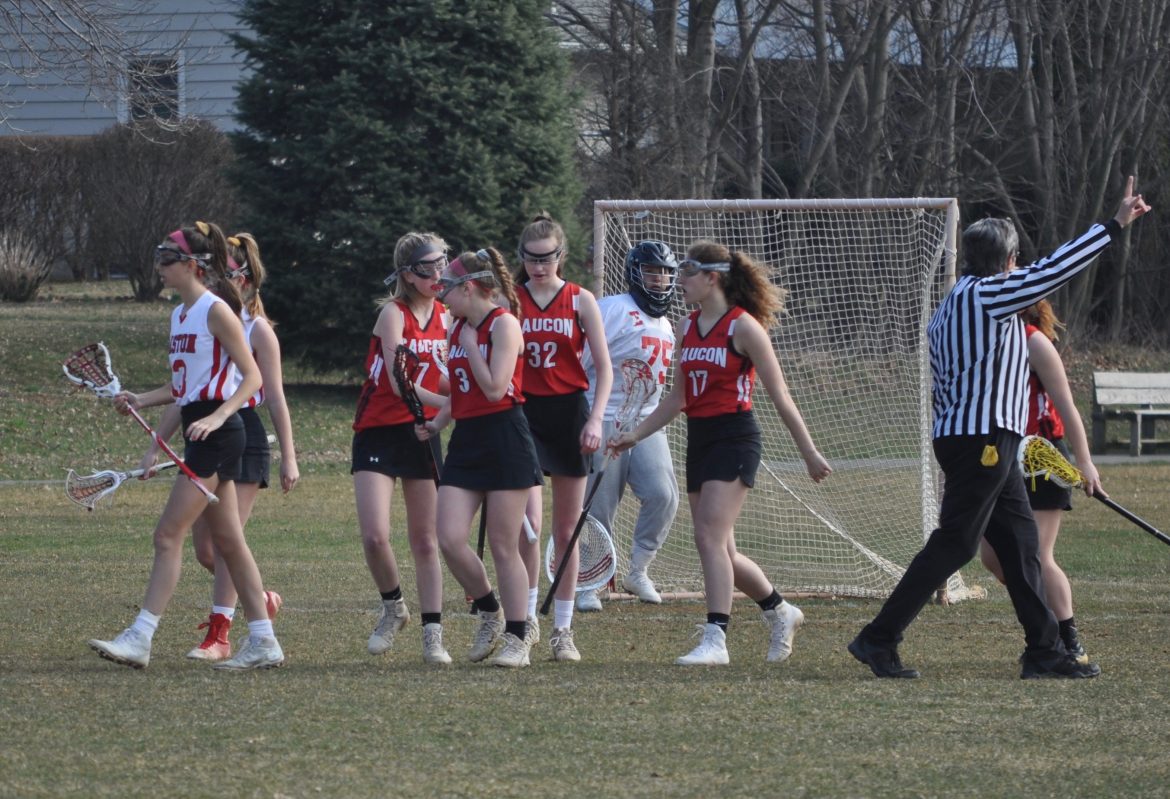 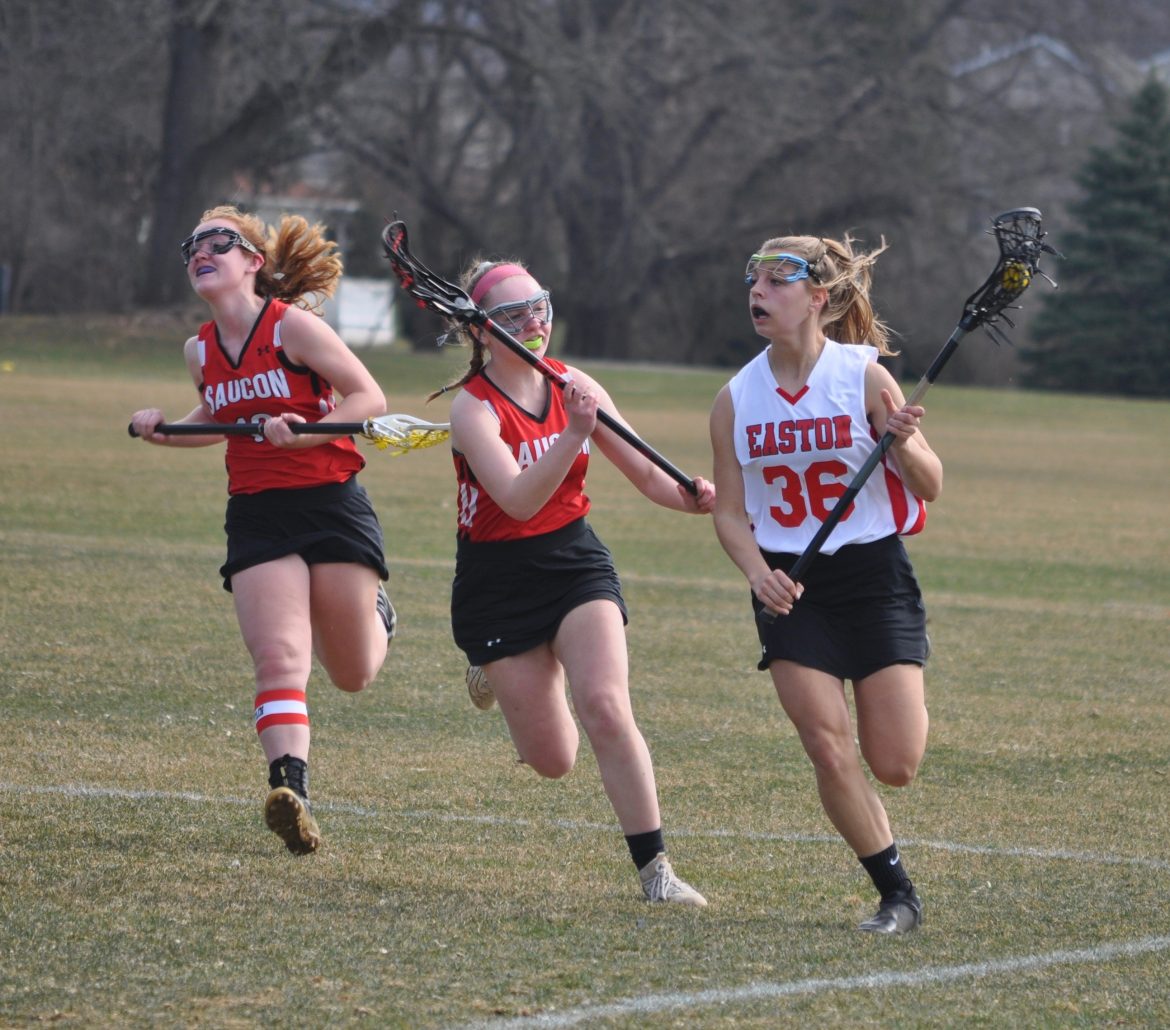 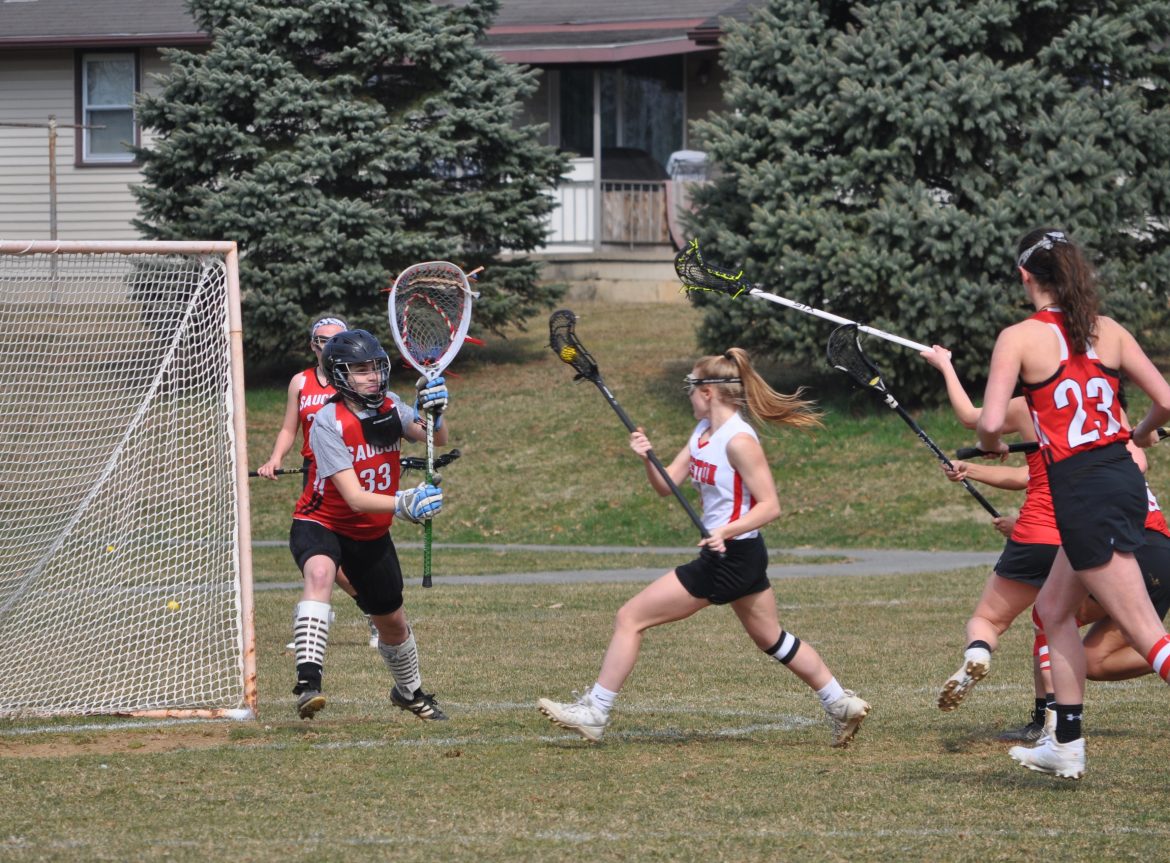 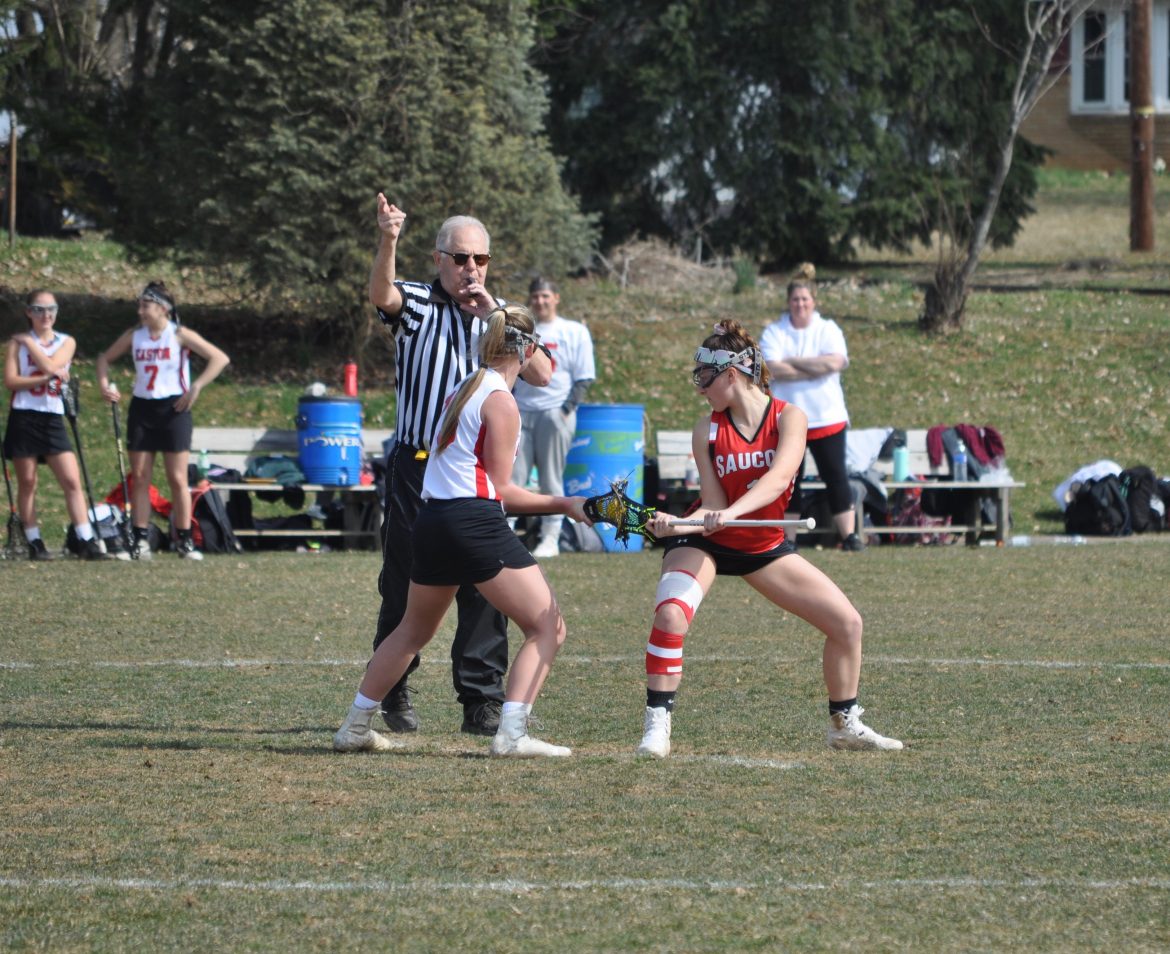 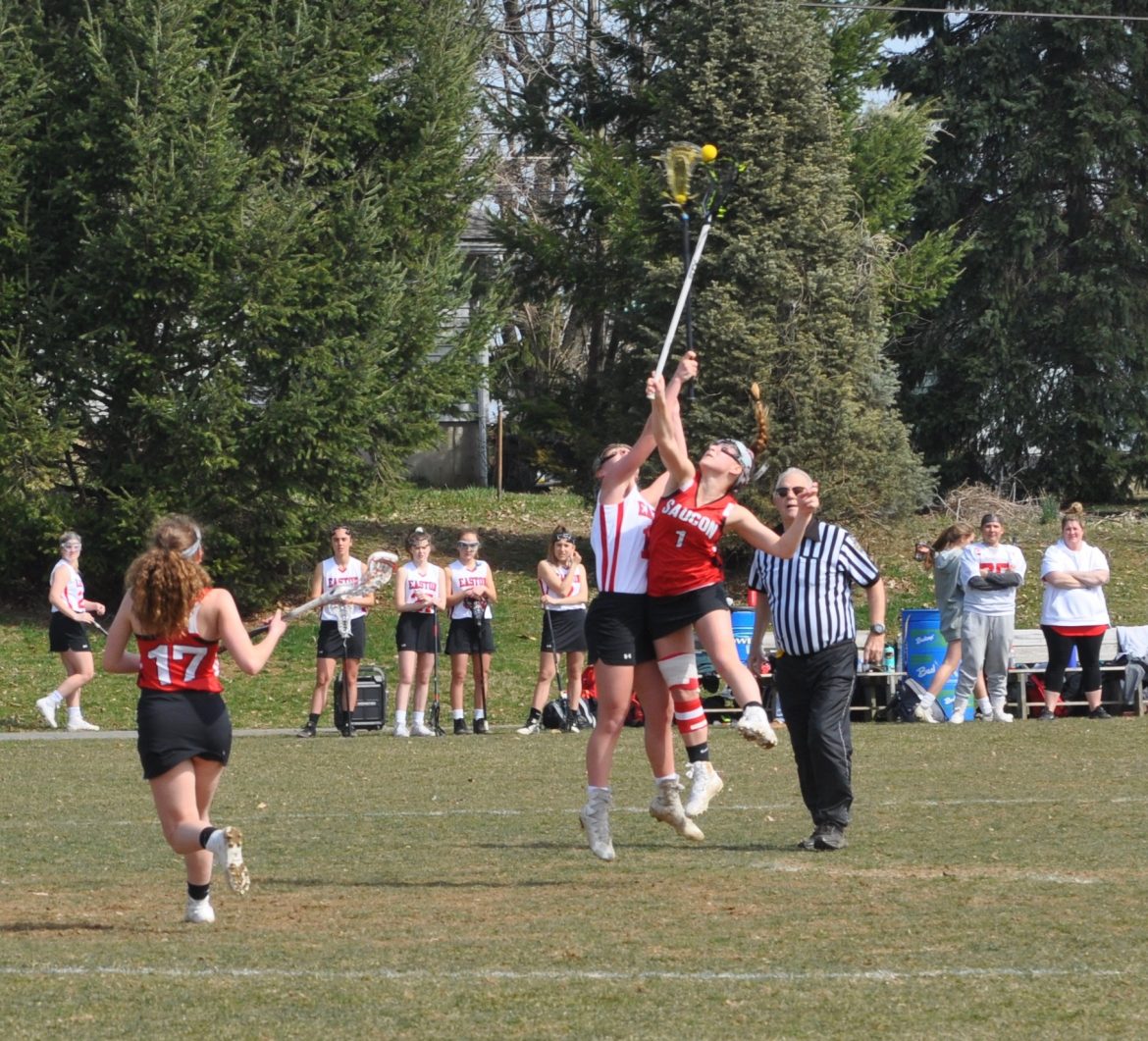 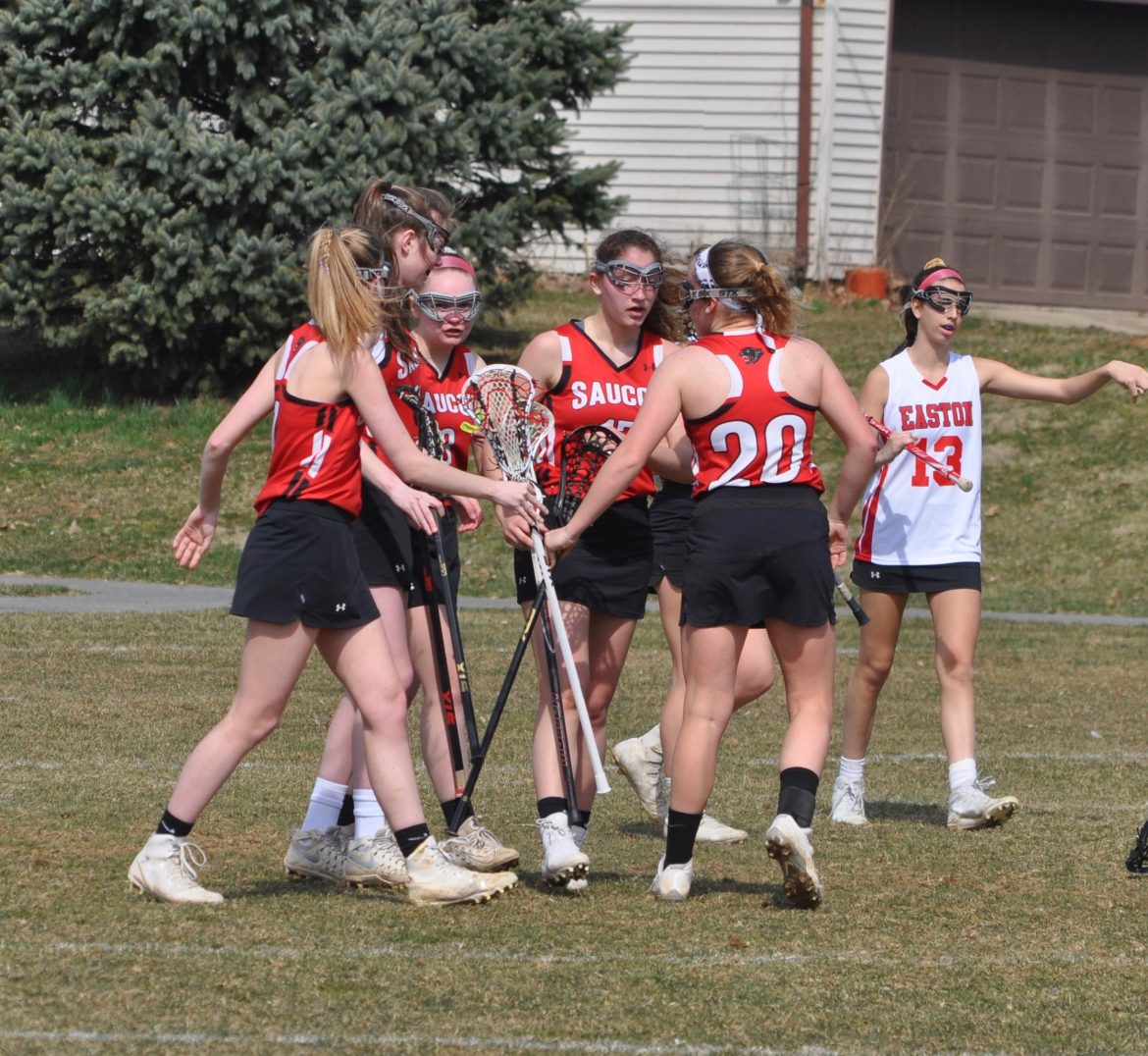 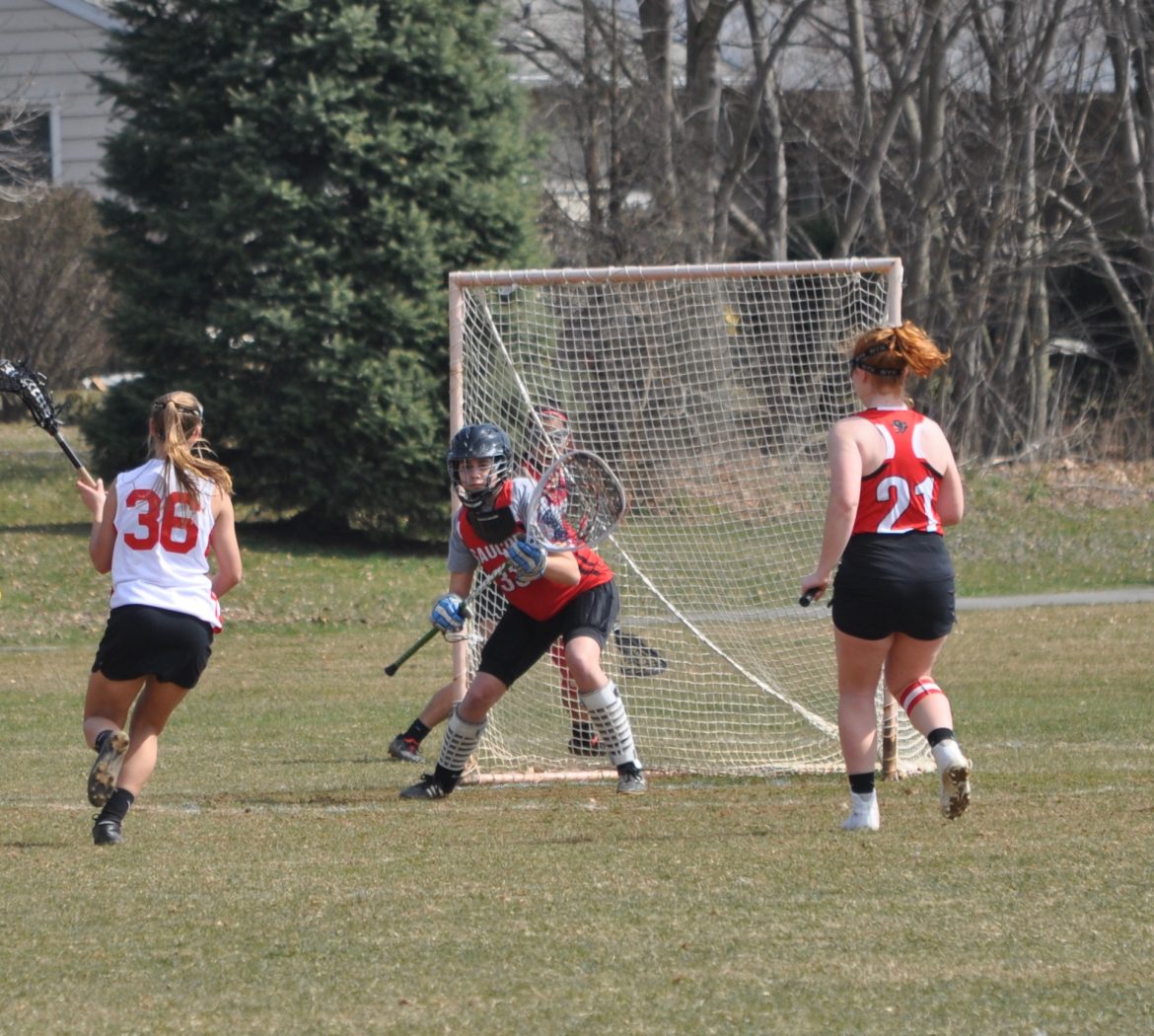