Elinor LaDue doesn’t sing rock ‘n roll but she does have at least one thing in common with Mick Jagger, frontman for the Rolling Stones. She and Jagger both have had a non-surgical heart procedure to implant an artificial aortic valve, replacing their original “native” valves.

On Feb. 5, LaDue, an 80-year-old Allentown mother, became the 500th patient to undergo a TAVR (transcatheter aortic valve replacement) procedure at St. Luke’s Hospital, Bethlehem. TAVR is a non-surgical alternative for patients with advanced aortic stenosis or narrowing of the aortic valve opening.

Stephen Olenchock, DO, Chief of Cardiovascular Surgery, and Christopher L. Sarnoski, DO, Medical Director of the Structural Heart Program, performed the procedure.

Jagger reportedly had his aortic valve replaced in early April in a New York City hospital. The Rolling Stones have postponed touring until Jagger has recovered from his treatment. 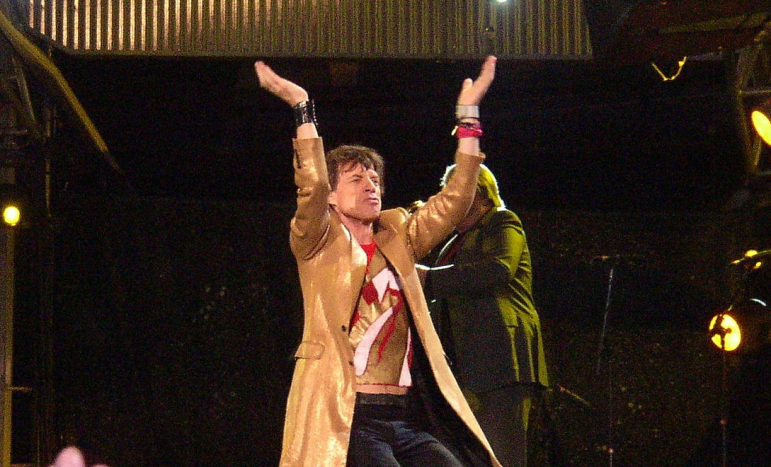 Mick Jagger performs with the Rolling Stones in concert.

TAVR is a fairly new procedure in which an artificial valve is fitted onto a catheter and inserted into the patient’s groin artery, then moved into the aorta and opened inside of the patient’s own failing valve. This is often caused by aortic stenosis, the buildup of calcium on the valve that narrows it and restricts the blood flow out of the heart to the brain and the rest of the body. As the stenosis worsens, a person may experience lightheadedness, fainting, chest pain, irregular heartbeats, stroke and cardiac arrest. Severe aortic stenosis can be life-threatening.

For some patients, advanced age or medical complications prohibit them from undergoing open heart surgery, making the less-invasive TAVR a safe and effective option. Research shows that TAVR is superior to conventional aortic value surgery because it offers a better survival rate, has fewer complications and has greater patient satisfaction.

LaDue spent two nights in the hospital following her procedure and missed just one trip to the Sands casino, her favorite weekly pastime. If her valve had been replaced with a conventional open-heart approach, her stay in the hospital might have been much longer, and recovery likely would have taken weeks, or possibly months.

She said she is grateful her new valve was implanted at St. Luke’s.

And while she’s not singing any rock ‘n roll, LaDue is happy to sing the praises of her heart doctors and all the St. Luke’s staff who took care of her during her short stay.

“I was really impressed with everyone there,” she said. “They all were friendly, considerate and polite.”

Hopefully Mick Jagger’s experience was just as good as hers was.