A 26-year-old man from Long Island is incarcerated there while awaiting extradition to Pennsylvania on charges related to the alleged sexual abuse of a girl half his age, a Bucks County police department announced Monday. 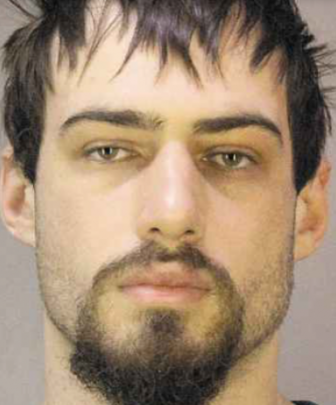 In a post on their Crimewatch site and in court records, Hilltown Township Police said officers worked in conjunction with investigators from the Nassau County Police Department and the Nassau County District Attorney’s Office to arrest Matthew C. Veltri, of the 100 block of Ocean Avenue in Massapequa Park, N.Y., on charges of involuntary deviate sexual intercourse with a person less than 16 years old (two counts), unlawful contact with a minor-sexual offenses (three counts), indecent assault of a person less than 16 years old (three counts), corruption of minors by a defendant age 18 or above (three counts) and criminal use of a communication facility (three counts).

“After an investigation, Hilltown Police obtained an arrest warrant for Veltri after evidence showed he had driven to Bucks County, Pa., on three separate occasions in early March to meet a 13 year-old for sex,” police said in their post.

Police said Veltri and the girl allegedly met via a social media app.

When Nassau County police executed a search warrant at Veltri’s home, they found child pornography, for which he is also facing charges, Hilltown Township police said.

Veltri was arrested Wednesday and following an arraignment in Hempstead, N.Y., on Friday, was remanded to jail on the charges he is facing in New York, the post indicated.

All of the charges filed against Veltri are felonies except for the corruption of minors charges, which are listed as second degree misdemeanors.