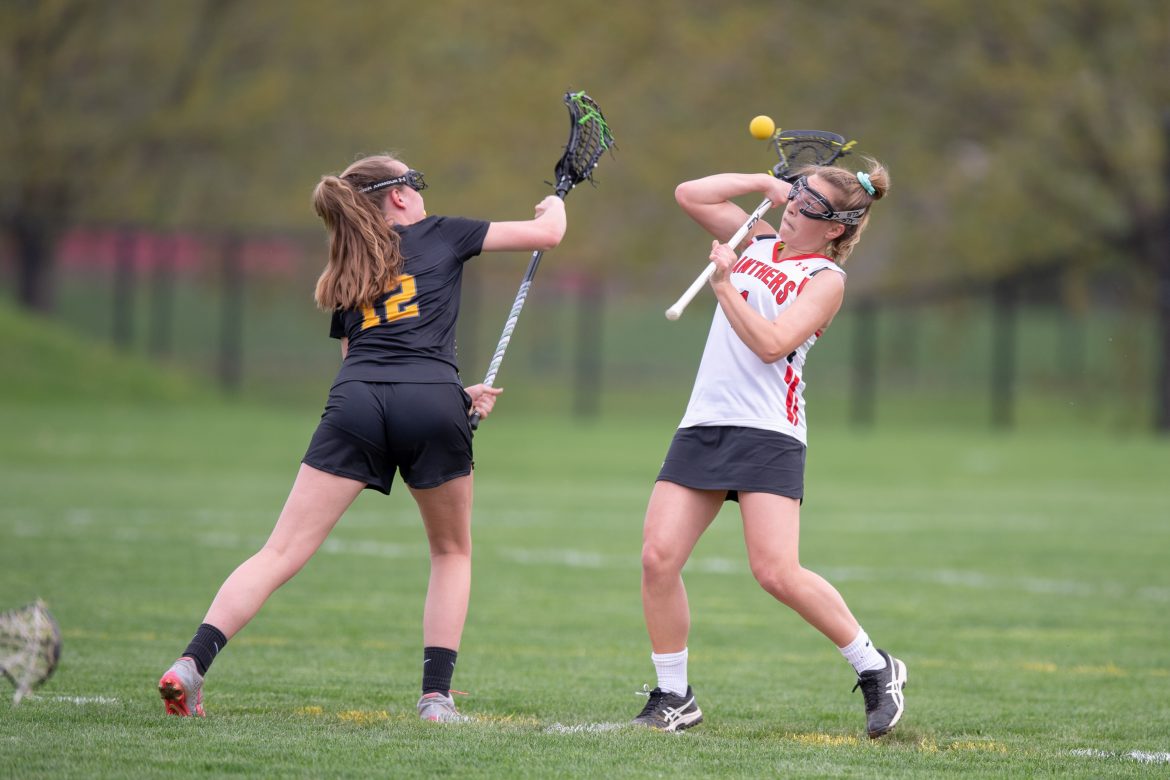 The Panthers faced off against the Northwestern Lehigh Tigers on Tuesday.

After Monday’s victory over the Pleasant Valley Bears, it was a quick turn around for the Lady Panther lacrosse team when they welcomed the Northwestern Lehigh Tigers to town.  With only two weeks remaining in the regular season, these powerful Panthers were looking to polish their skills and prepare for the home stretch of their 2019 season. 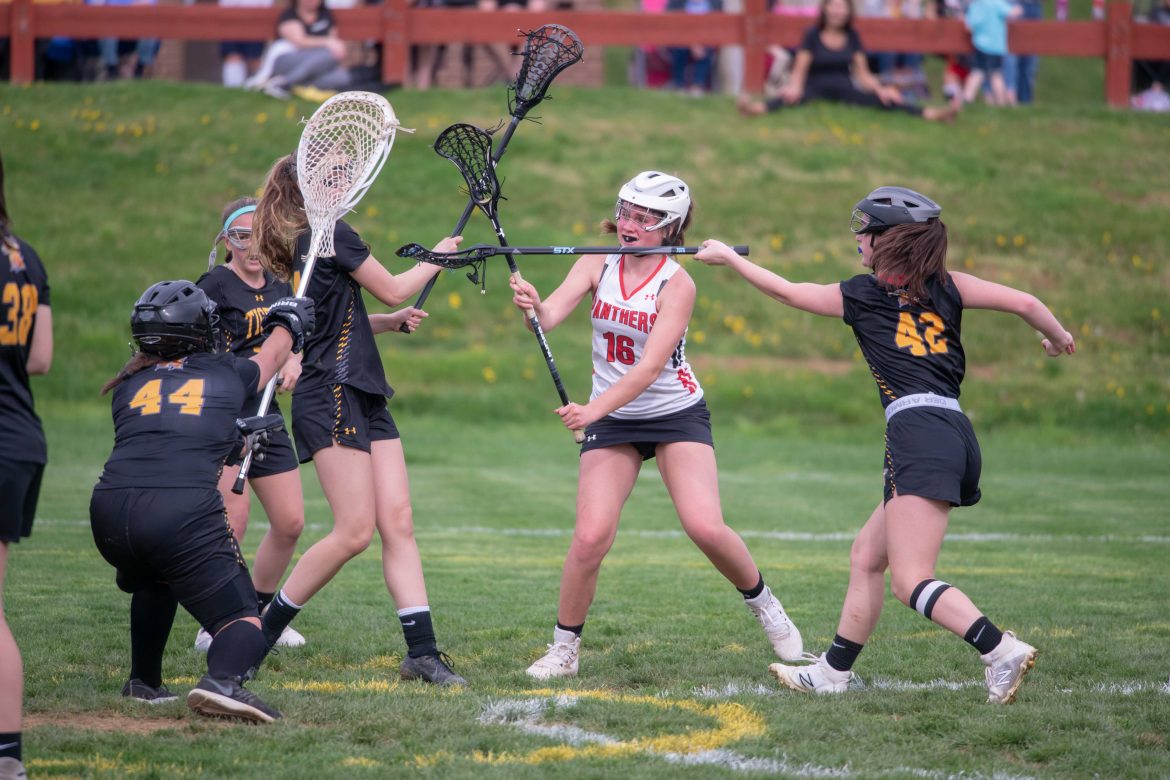 Saucon sophomore Kerry Lannon (#16) has been outstanding for the Panthers.

It wasn’t the best of starts for the Panthers as they could not capitalize on a couple of early chances and secure a score.  Northwestern Lehigh, however, was able to connect with the back of the net at the 21:50 mark and take a 1-0 lead.  The Tiger score may have been a blessing in disguise as it may have served as a wake-up call to the Panthers.  Saucon Valley answered Northwestern Lehigh’s opening score with a 9-goal barrage over the next fifteen minutes of play.  Sophomore, Katie Marker got things kick-started for the Panthers with a pair of goals and created a little momentum.  Kerry Lannon (2),  Makenzie Shimko, Emerson Shauger, Ava Albano, Maisie Leidich and Camryn Zavacky all chipped in for Saucon Valley’s scores.  With 5:48 left to play in the first half, the Panthers worked to build a 9-2 advantage. 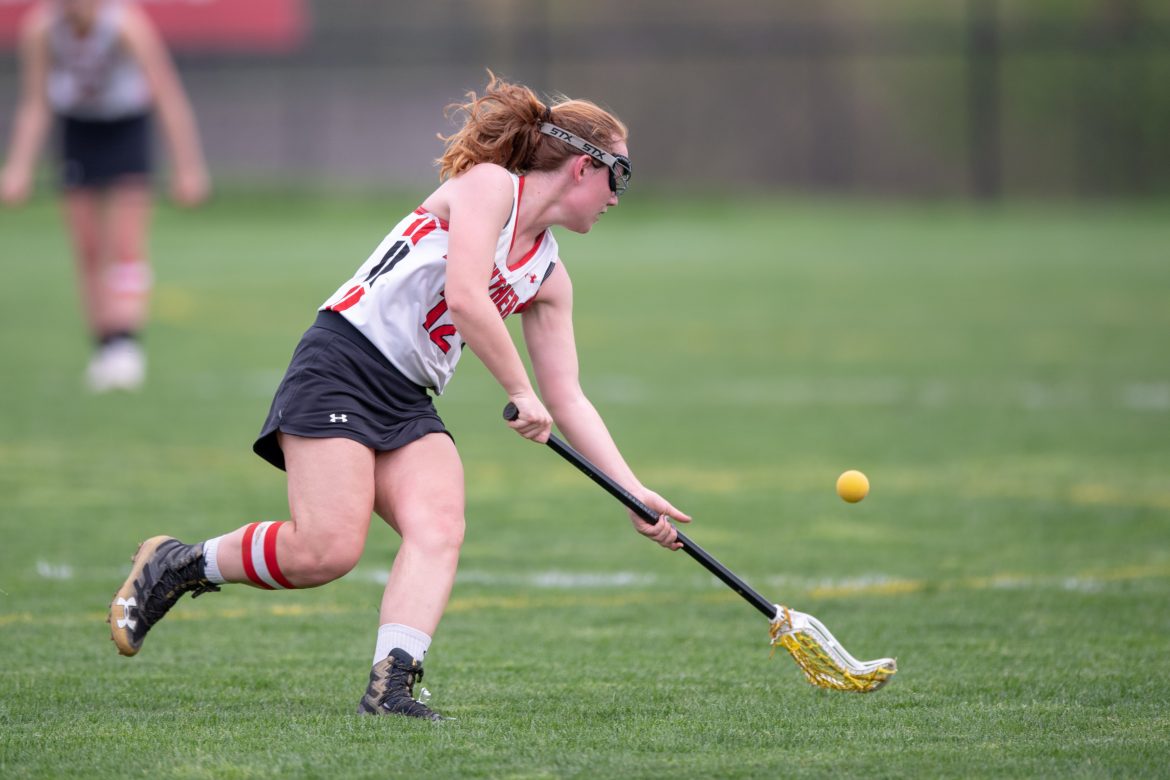 ‘Battle-Kat’ Naiburg scoops a ground ball for the Panthers on the way to a 21-2 victory over the Northwestern Lehigh Tigers.

The Tigers punched back at 4:27 with a goal, but Saucon immediately answered with four more unselfish scores.  The Panthers racked up points from Makenzie Shimko (2), Kimmy Polefka and ‘Battle Kat’ Naiburg. Shimko’s first career hat-trick led the Panthers into the halftime break with a commanding 13-2 lead. 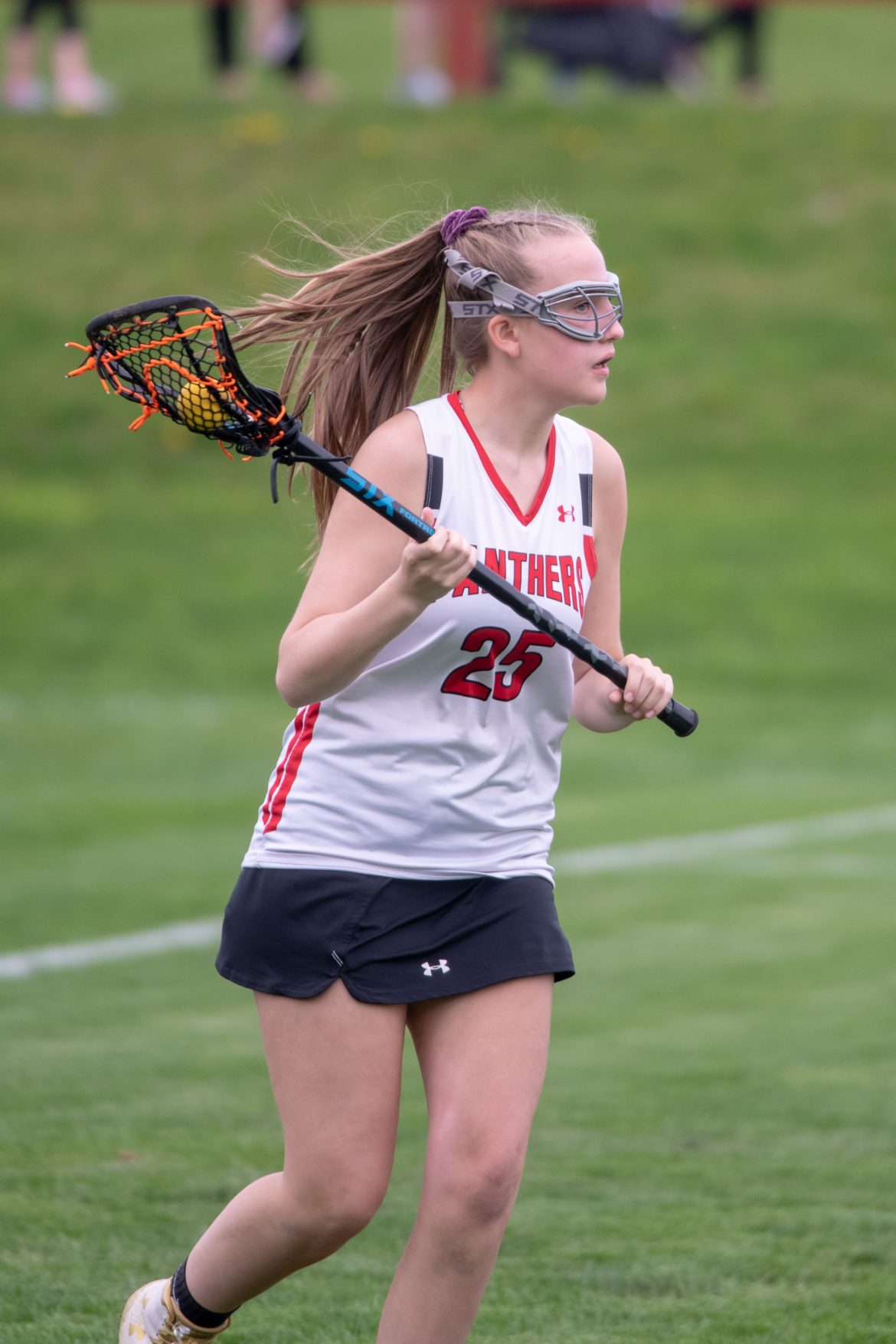 With the mercy-rule clock already started to begin the 2nd half, any remote hopes of a Northwestern Lehigh comeback were quickly put to rest.  The Panthers scored eight unanswered goals to close out the game.  Saucon Valley spread the wealth and received scores from Maisie Ledich (2), Emerson Shauger, Katie Marker, Katherine Naiburg, Camryn Zavacky, Ava Albano and Seri Johnstone.  The offensive bombardment of the Tigers allowed the Panthers to come away with a 21-2 triumph. 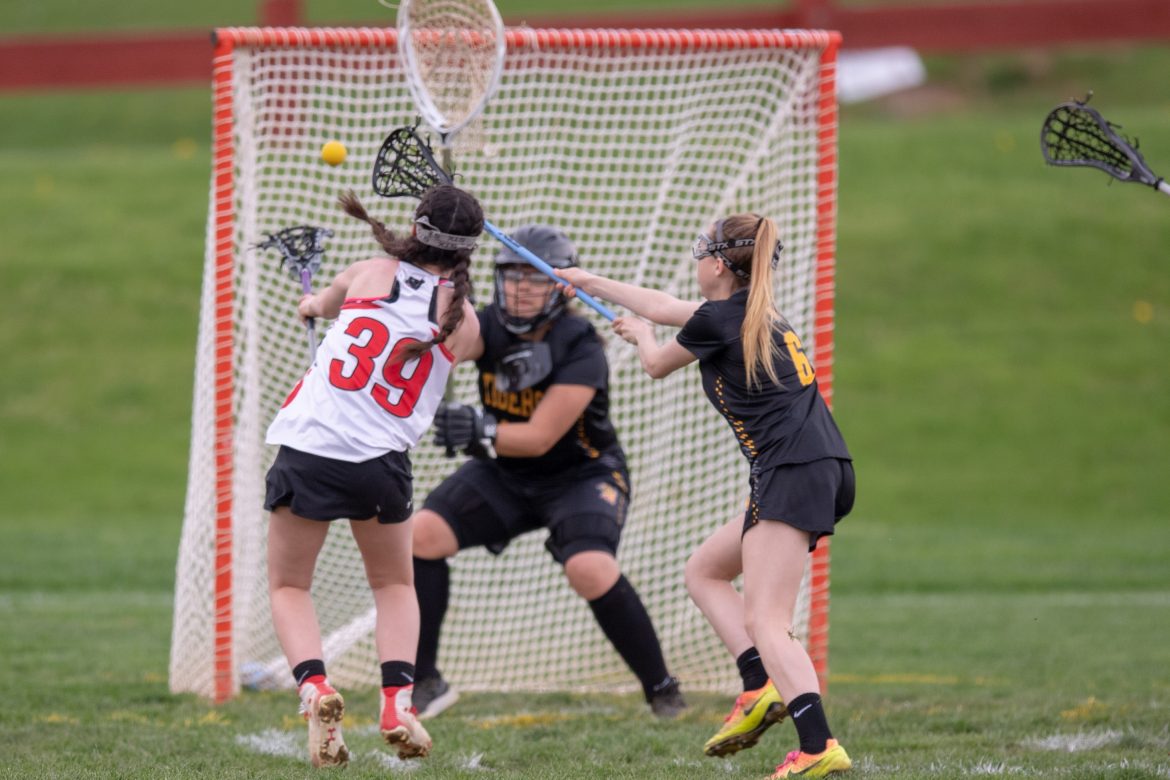 Freshman Ava Albano (#39) had a great day for the Panthers. 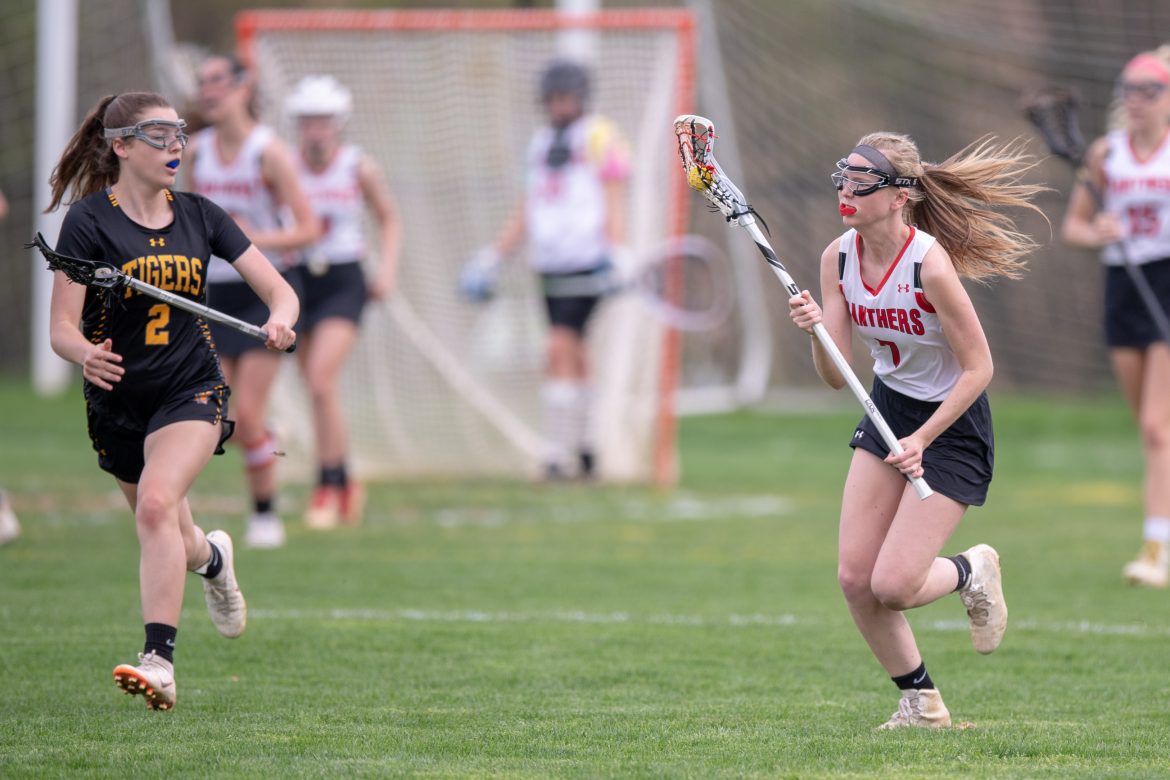 Panther sophomore Katie Marker pushing the pace and on the attack.

UP NEXT:  The Panthers (8-1) will reload and, for the third consecutive game, defend their home field on Thursday.  The Panthers will battle the Moravian Academy Lady Lions (2-5) tomorrow at 4 p.m. 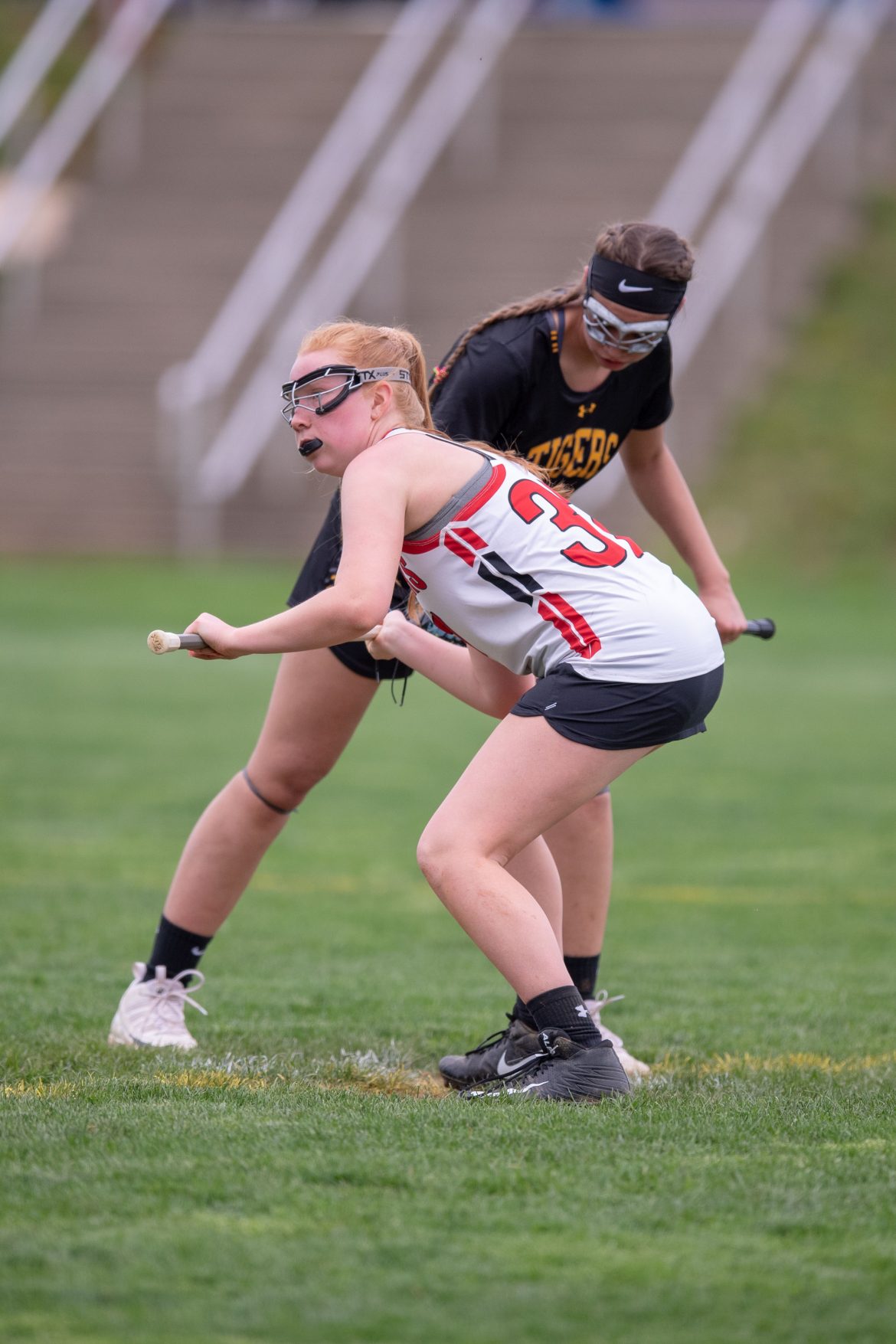 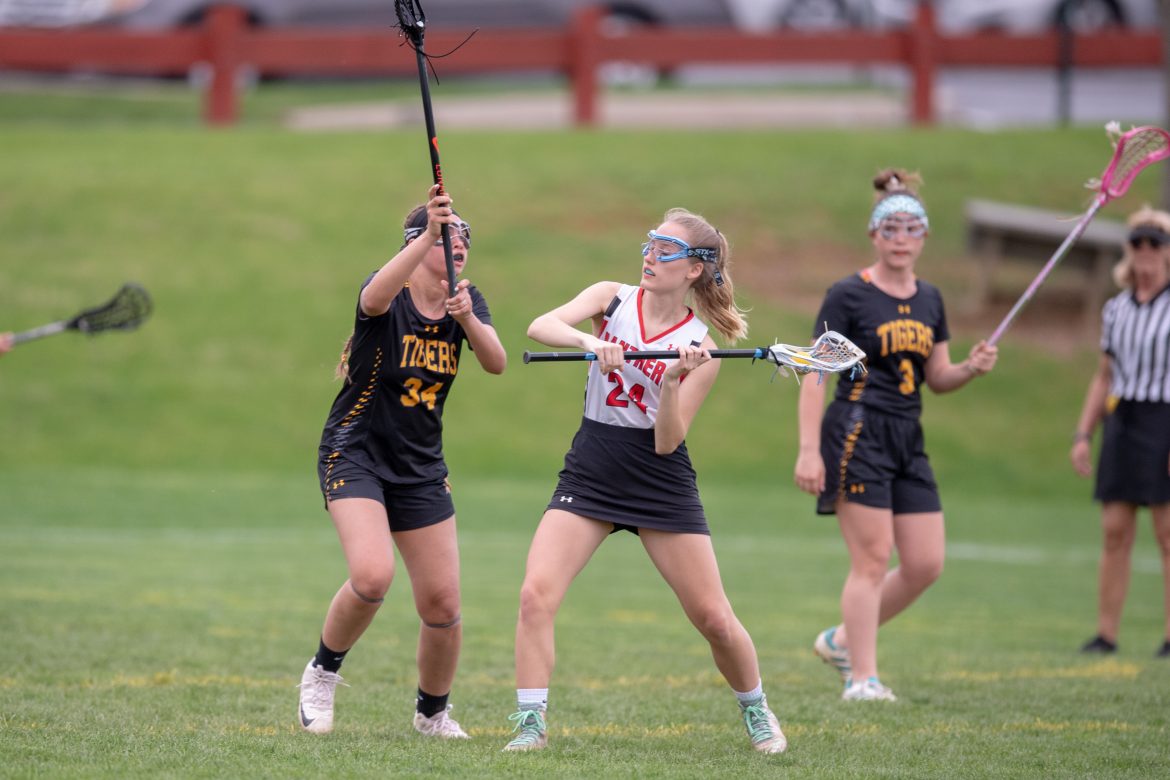 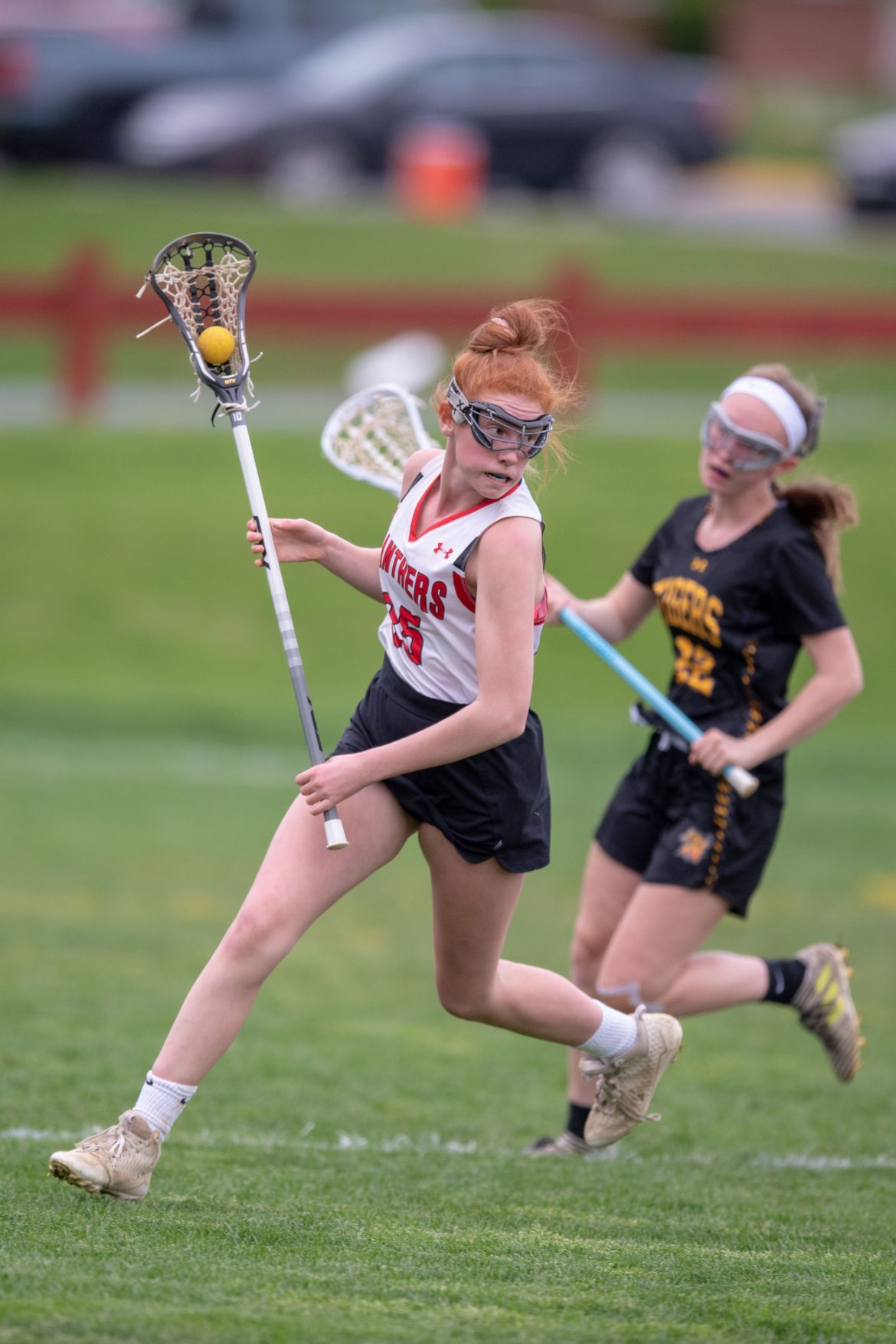 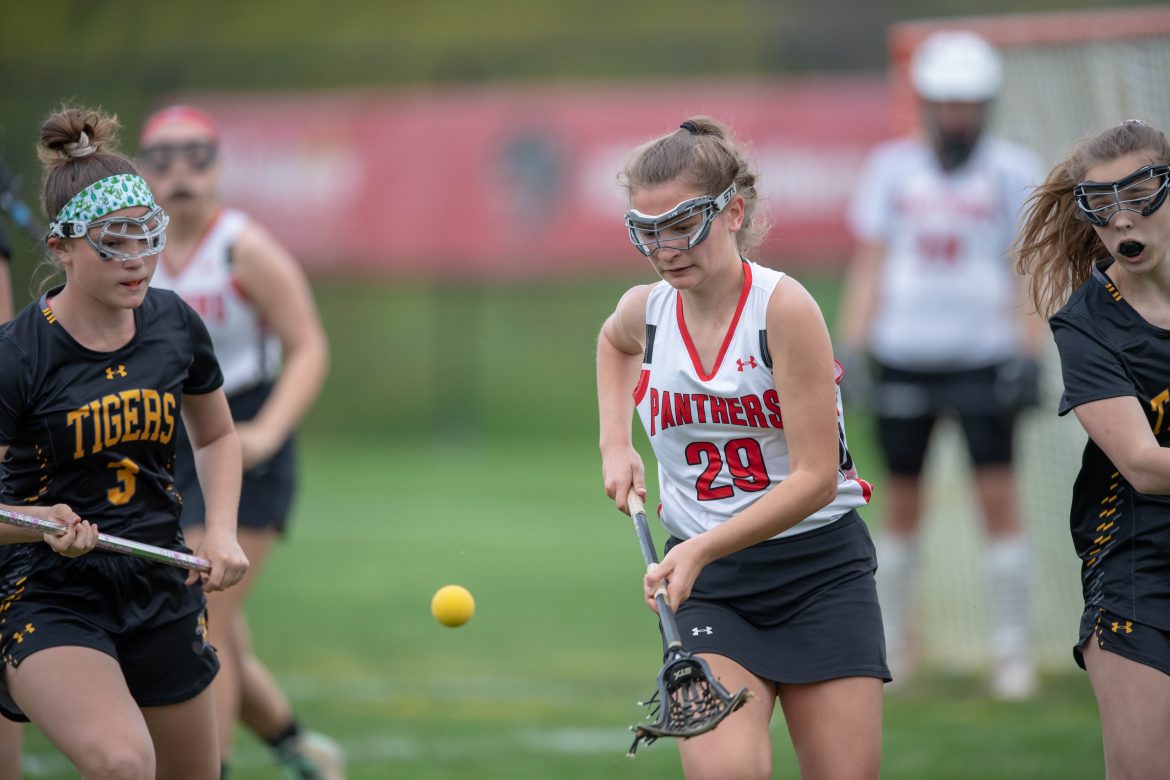 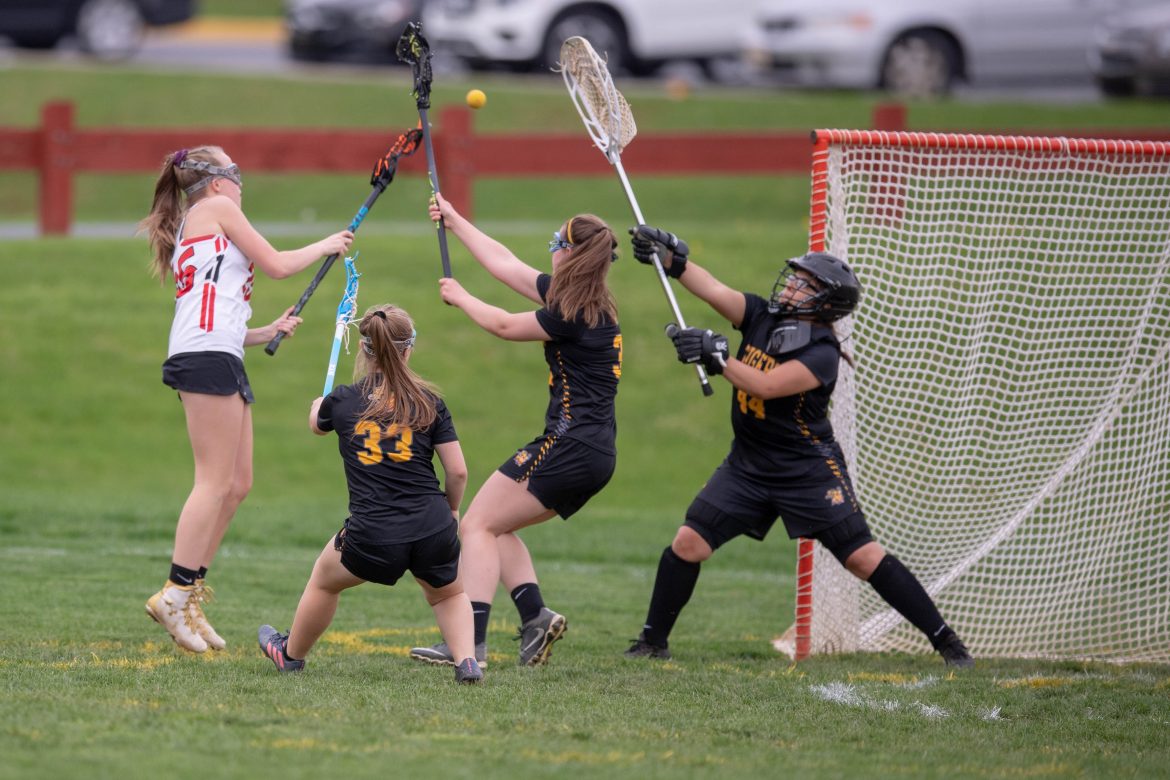 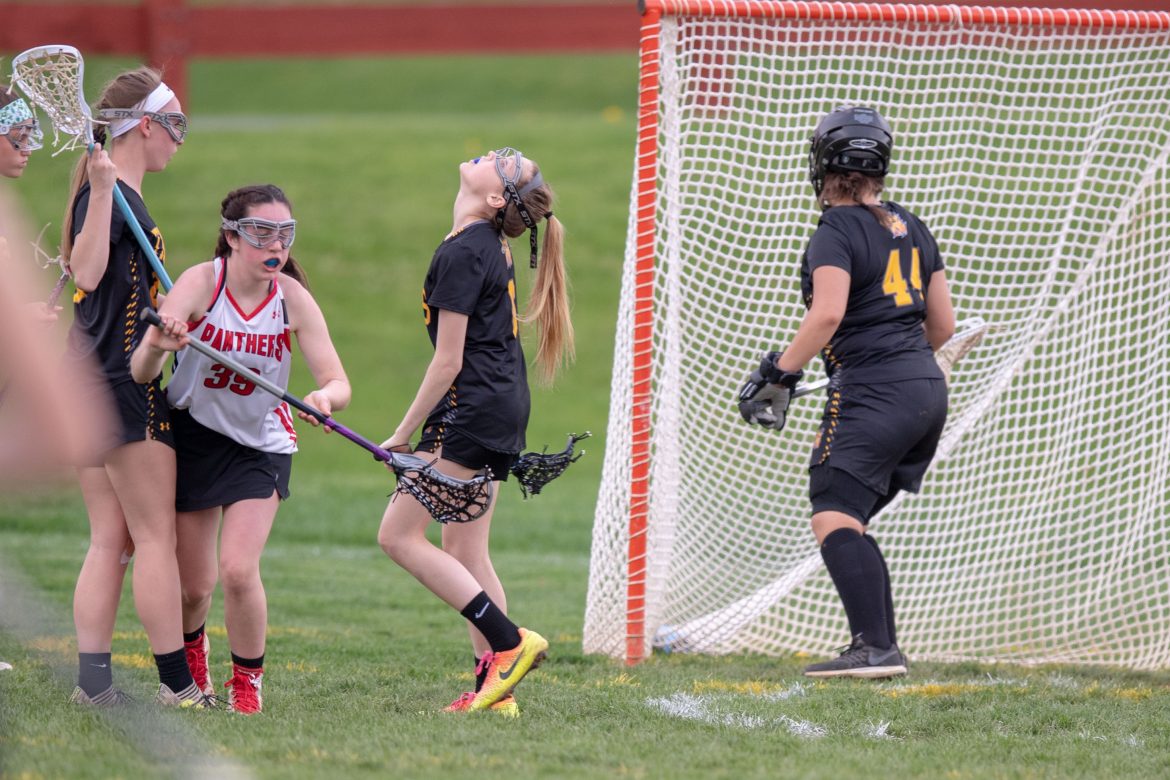 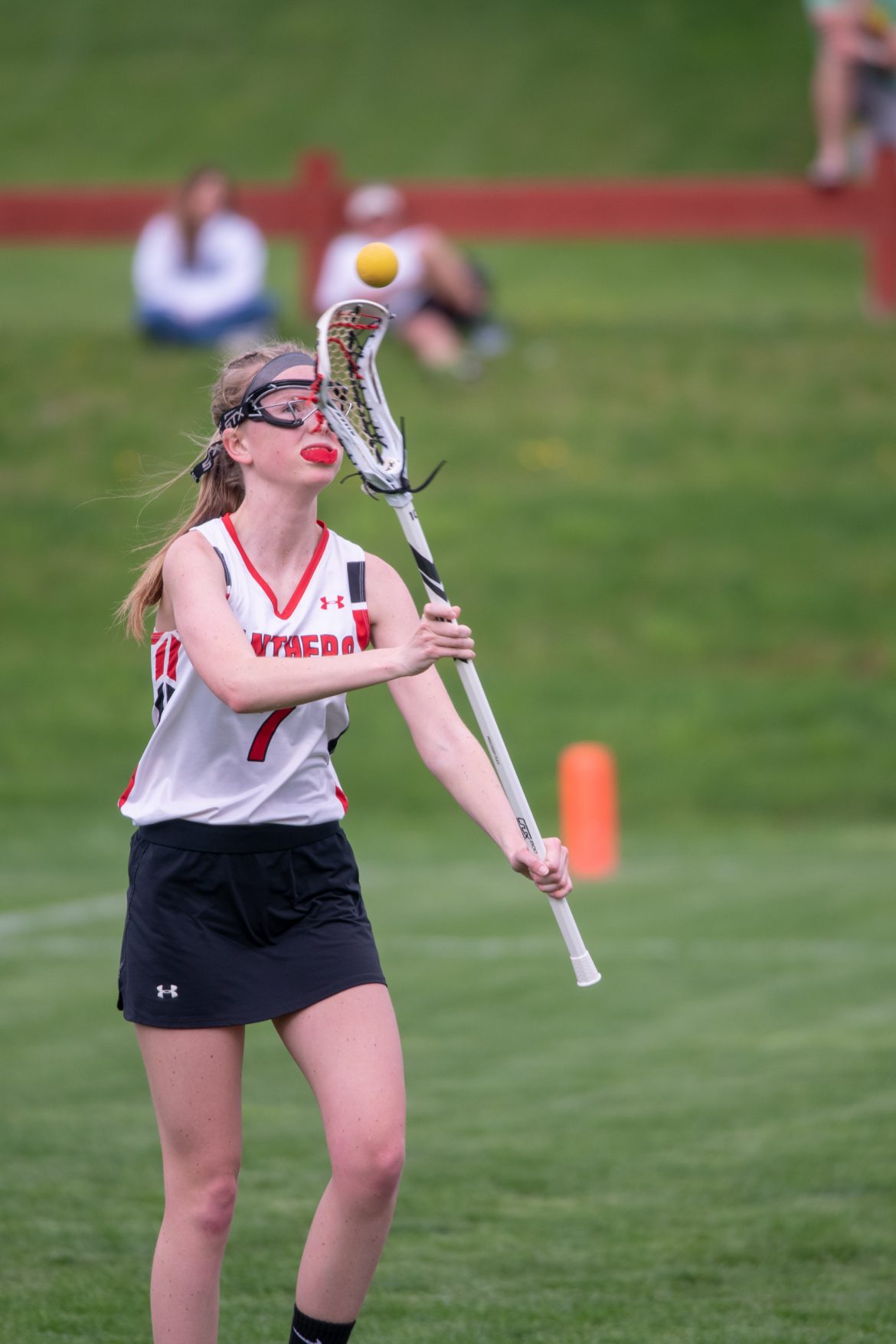 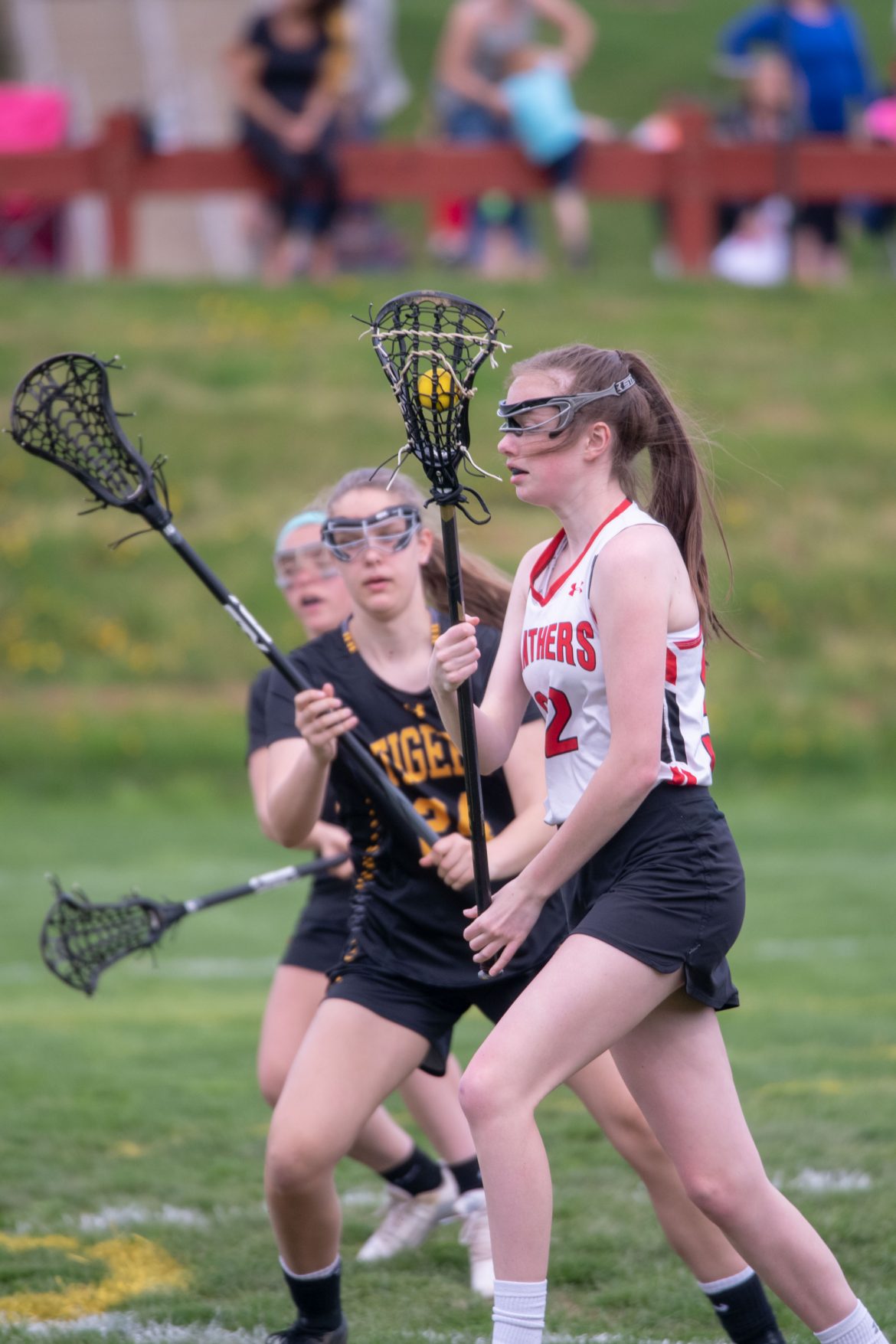 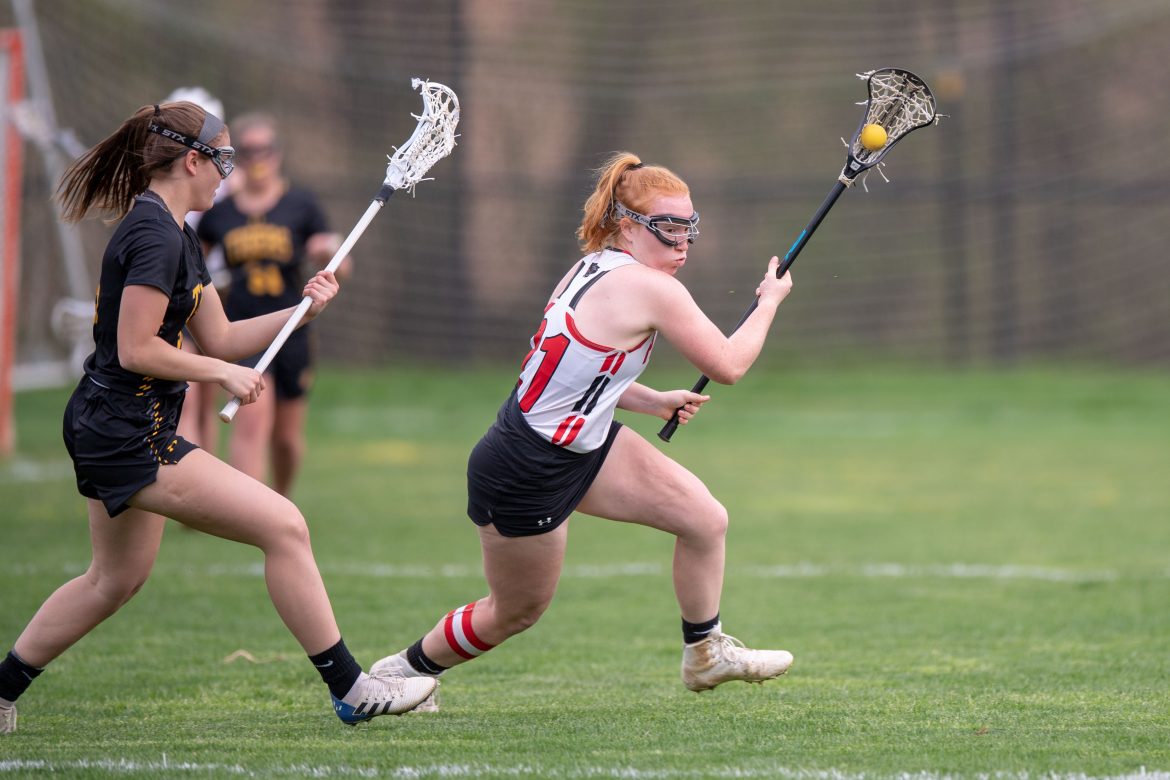 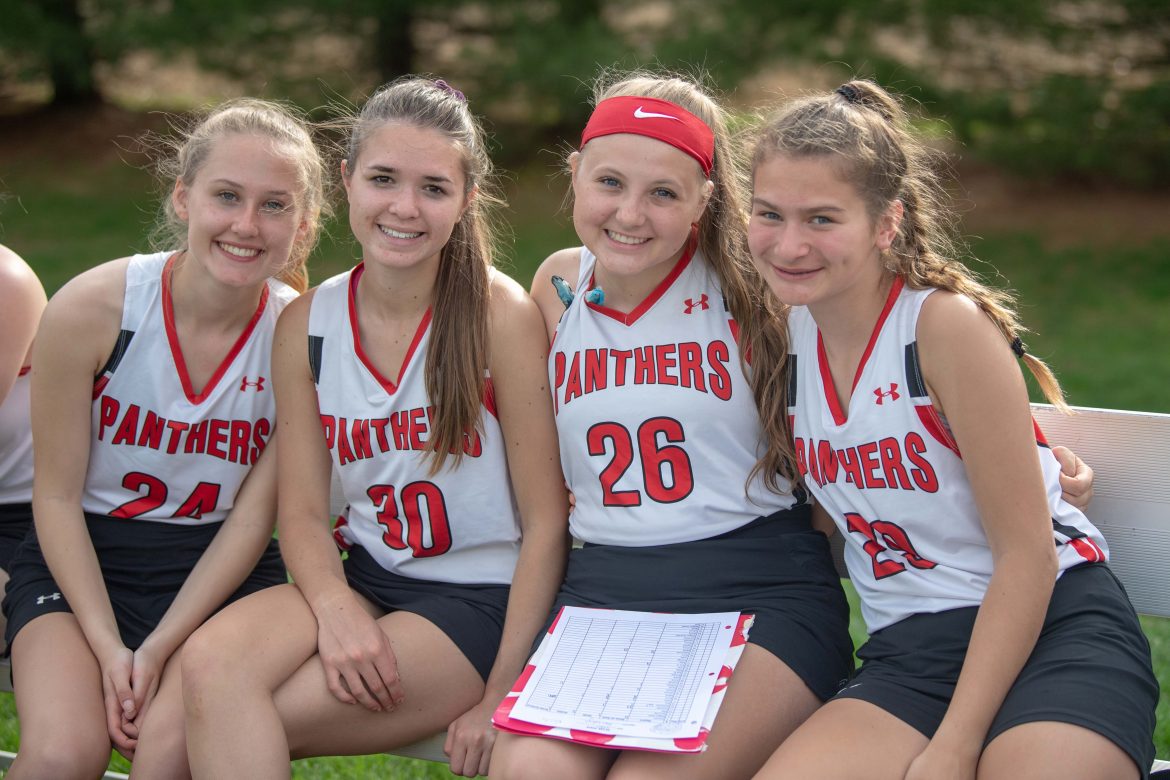