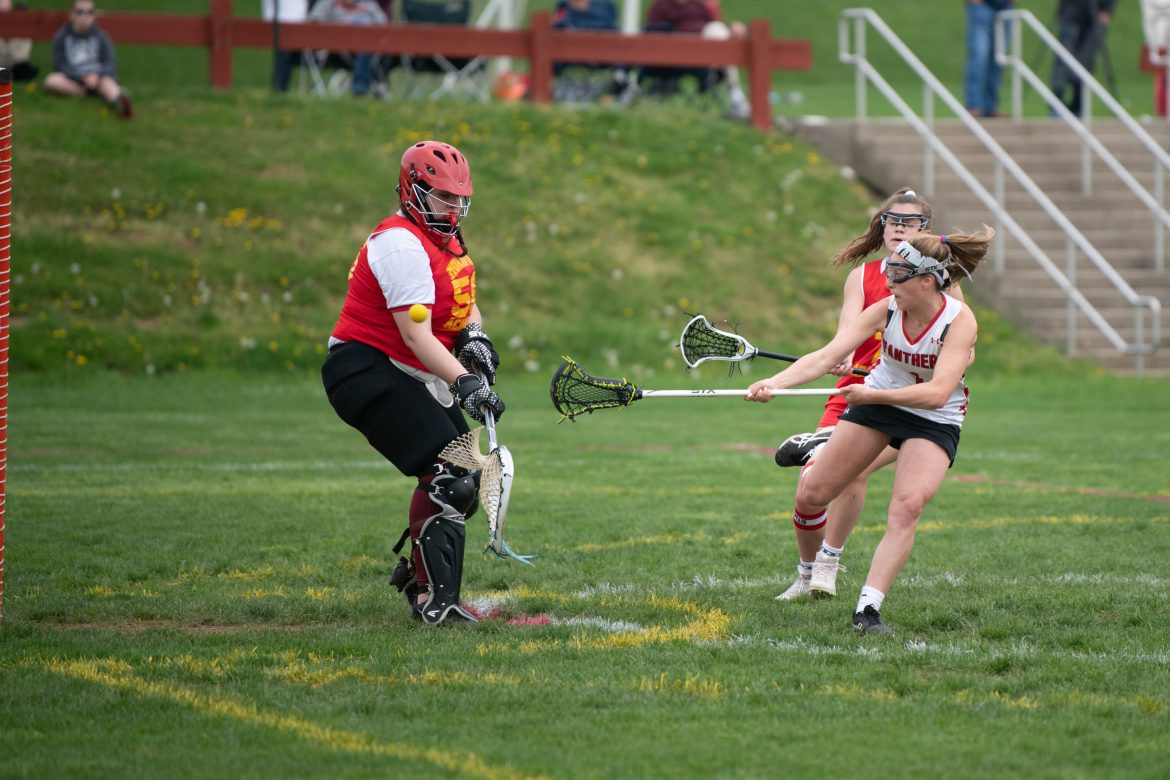 The Lady Panthers are back on a roll.  After falling to Freedom on April 18, Saucon Valley has now won three straight games.  During that three-game stretch the Panthers have outscored their opponents by a 57-19 advantage.  On Thursday, Saucon Valley defeated Moravian Academy 16-6.

It wasn’t the best of starts for Saucon Valley.  They did get a few chances early on, but they could not close the deal on a score.  The Lions, however, were able to break through for the opening goal a little over two minutes into the game at the 22:48 mark.

One minute later, ‘Battle-Kat’ Naiburg made good on a low-liner into the bottom right hand corner of the goal to even things up.  Moravian Academy answered only fifteen seconds later.  With 21:31 to go in the 1st half Moravian was back on top 2-1. 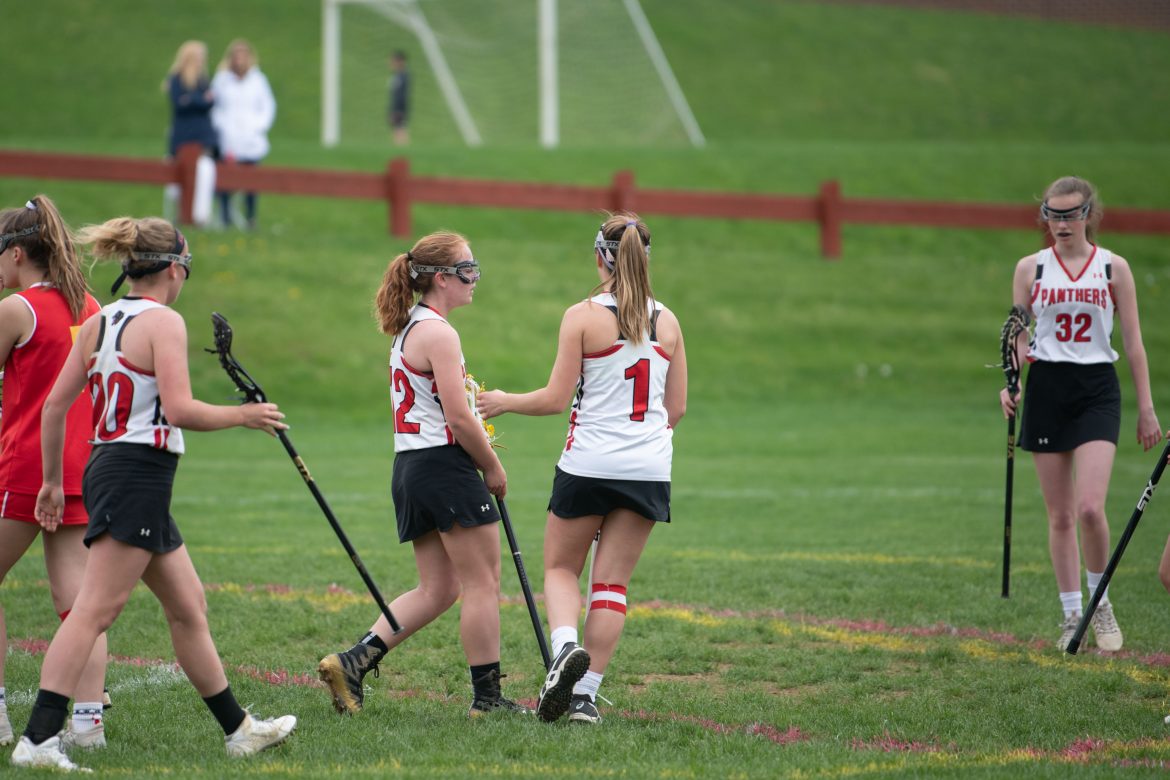 It was the Cam (#1) and Kat (#12) show for a spell during the Panther victory over Moravian Academy.

Saucon Valley hit a little burst of offensive productivity.  First Kat Naiburg assisted Cam Zavacky at 16:25.  The favor was quickly returned at 16:08 when Cam assisted Kat.  For good measure Kiele Riefenstahl scored off a free start to extend the Panther lead to 4-2 with 14:39 remaining. 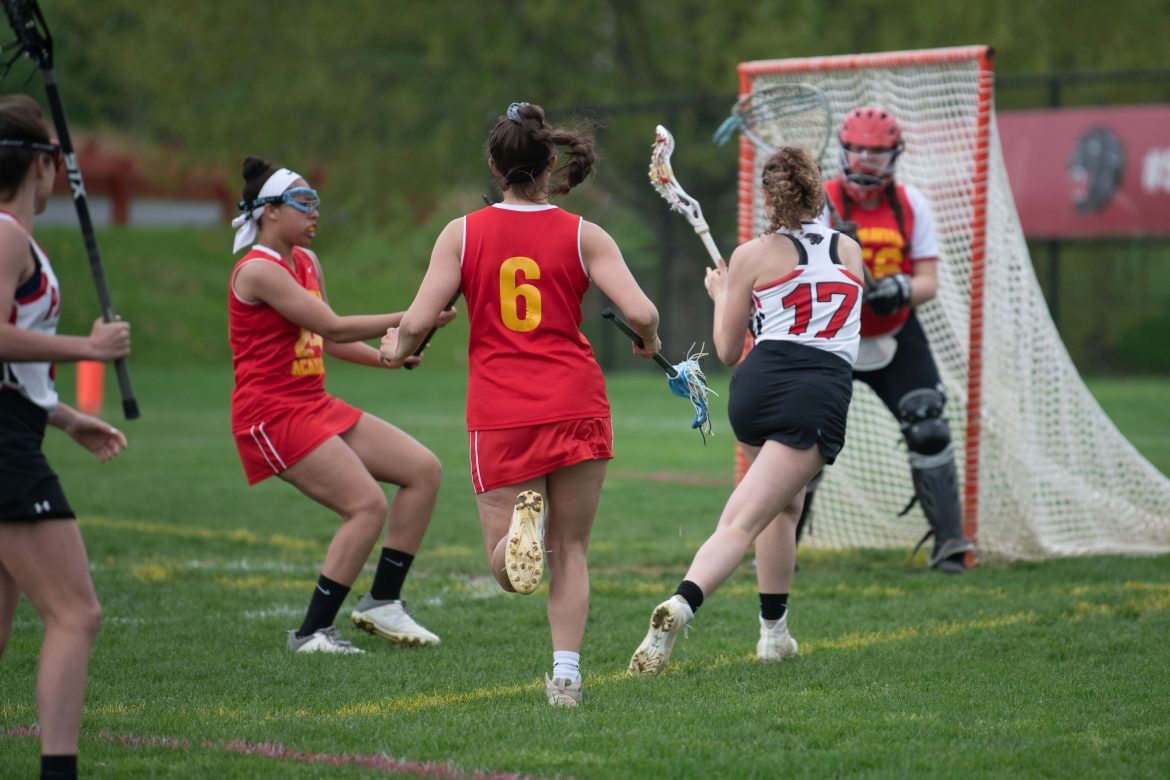 Maria Donahue (#17) powers toward the Lion goal looking for a score.

It was early in the game and Moravian Academy still had some life in them. The Lions battled back with a score at 12:57. However, Saucon was just getting warmed up.  Six different Panthers scored six goals over the next nine minutes of play.  Zavacky, Naiburg and Kiele Riefenstahl were joined by Maria Donahue, Katie Marker and Siobhan Coakley as the Panthers exploded for a 10-3 lead to take control of the game. 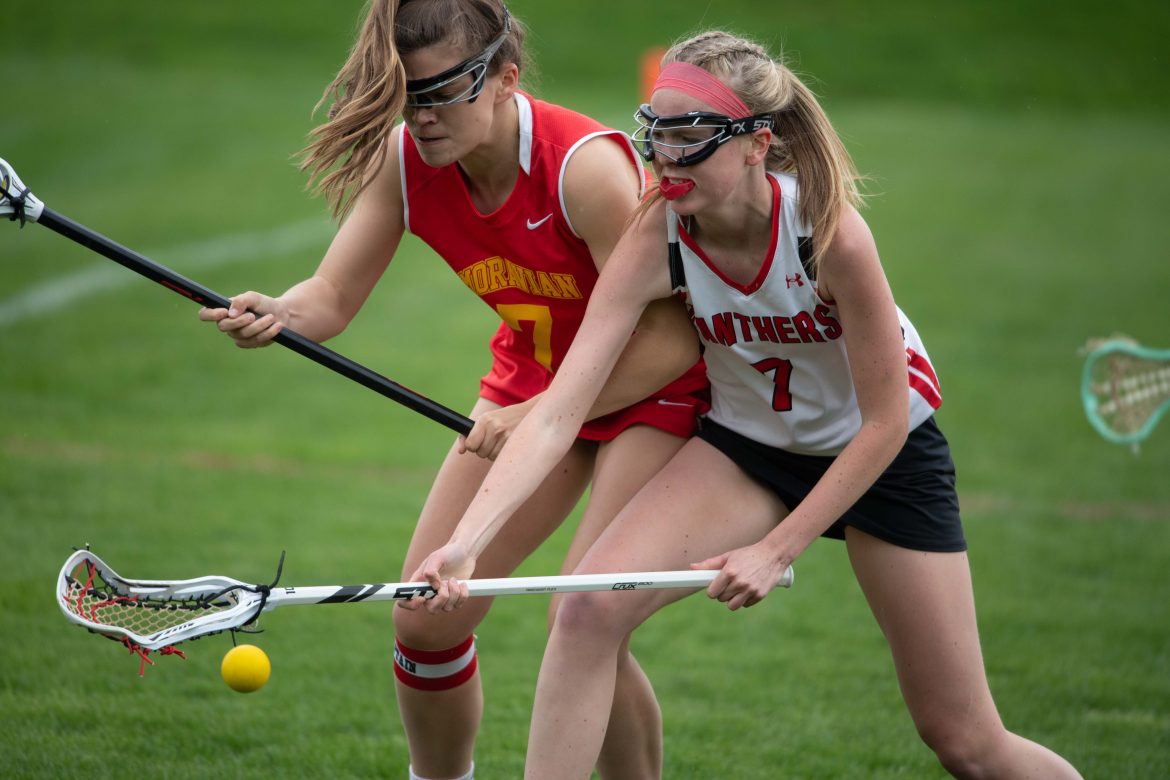 Moravian did not quit and scored with :21 seconds remaining in the half, but that still left enough time for Camryn Zavacky and the Panthers to get one more.  Saucon quickly worked to get possession and went on the attack when Zavacky raced across the face of the goal and hit a beautifully executed backhand scoop shot that beat the goalkeeper to her stick side with only nine seconds left on the 1st half clock.  The Panthers would take an 11-4 lead into the halftime break and refuel. 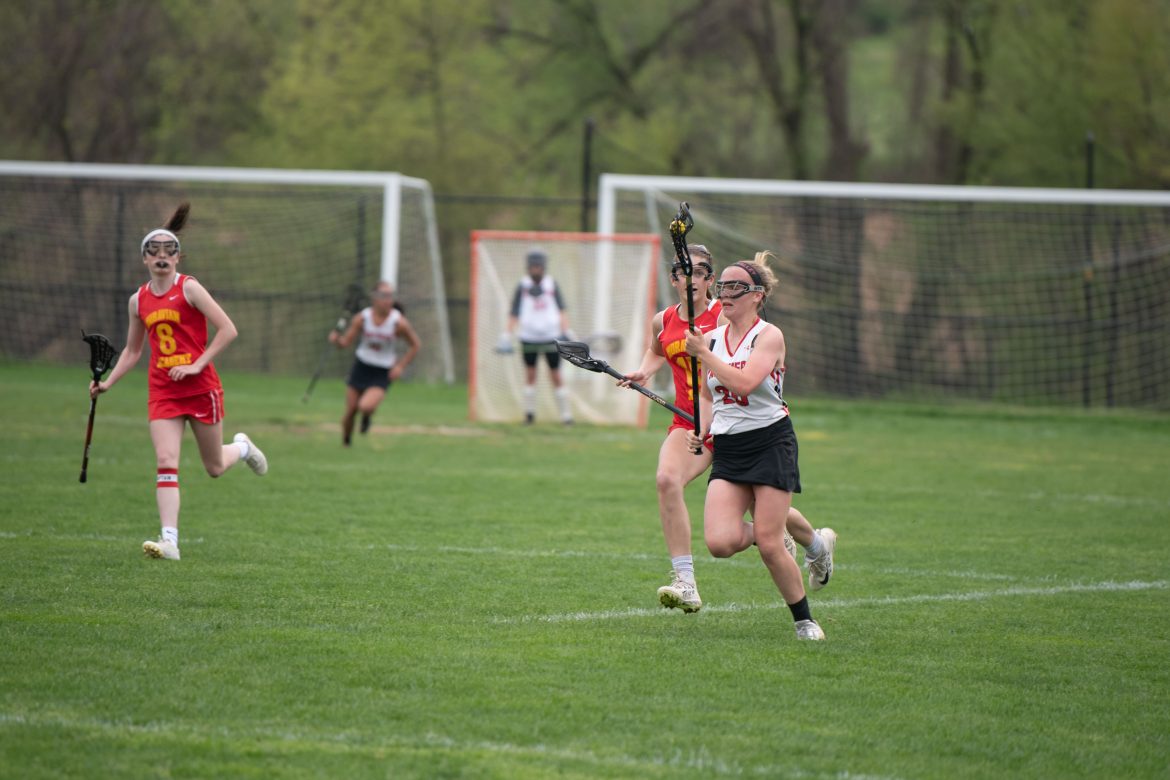 In the first minute of the 2nd half Kat Naiburg got the Panthers out of the gates with a goal off a free start.  Moravian answered at 22:57, but Saucon Valley responded with four unanswered goals from Camryn Zavacky, Brooke Riefenstahl (2), and Emerson Shauger.  Riefenstahl’s second goal of the half at the 16:33 mark made the score 15-5 and activated the mercy-rule clock due to the ten goal differential. 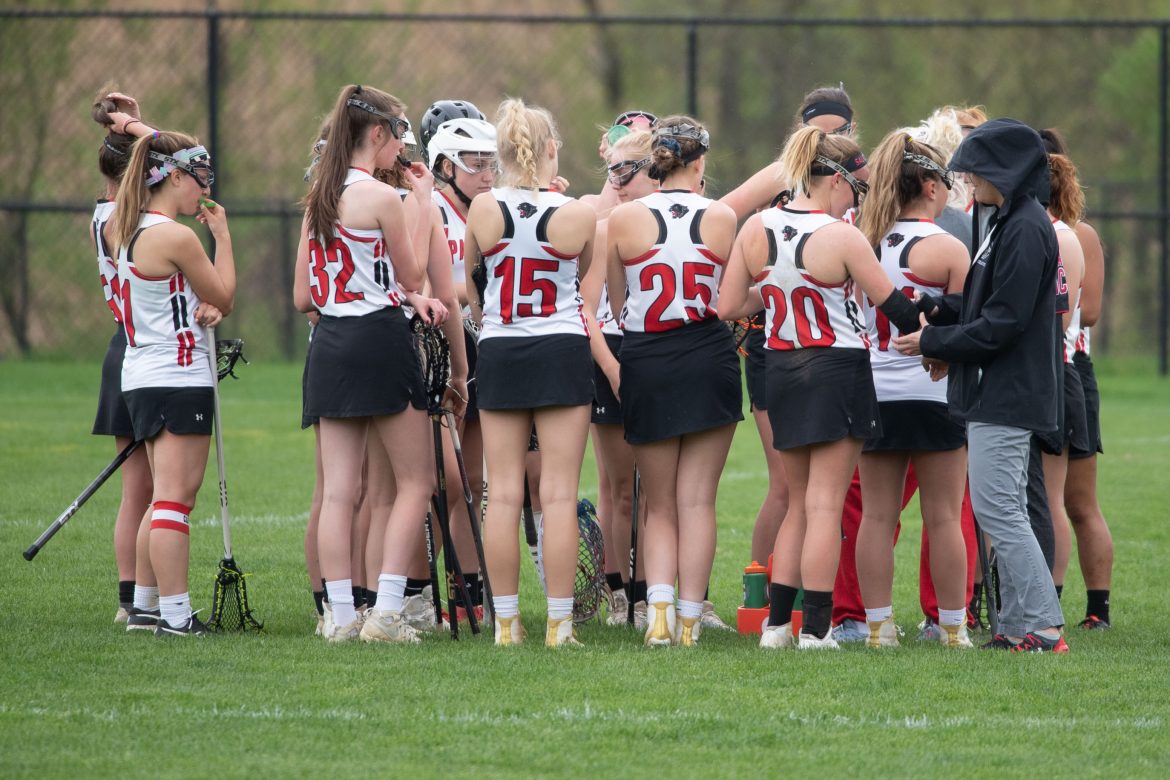 It was another great team victory for the Panthers.

UP NEXT:  The Panthers (9-1) will reload for a rematch with the Lions (2-6).  Saucon will travel to Moravian Academy on Tuesday, April 30.  This contest is scheduled to start at 4 p.m. 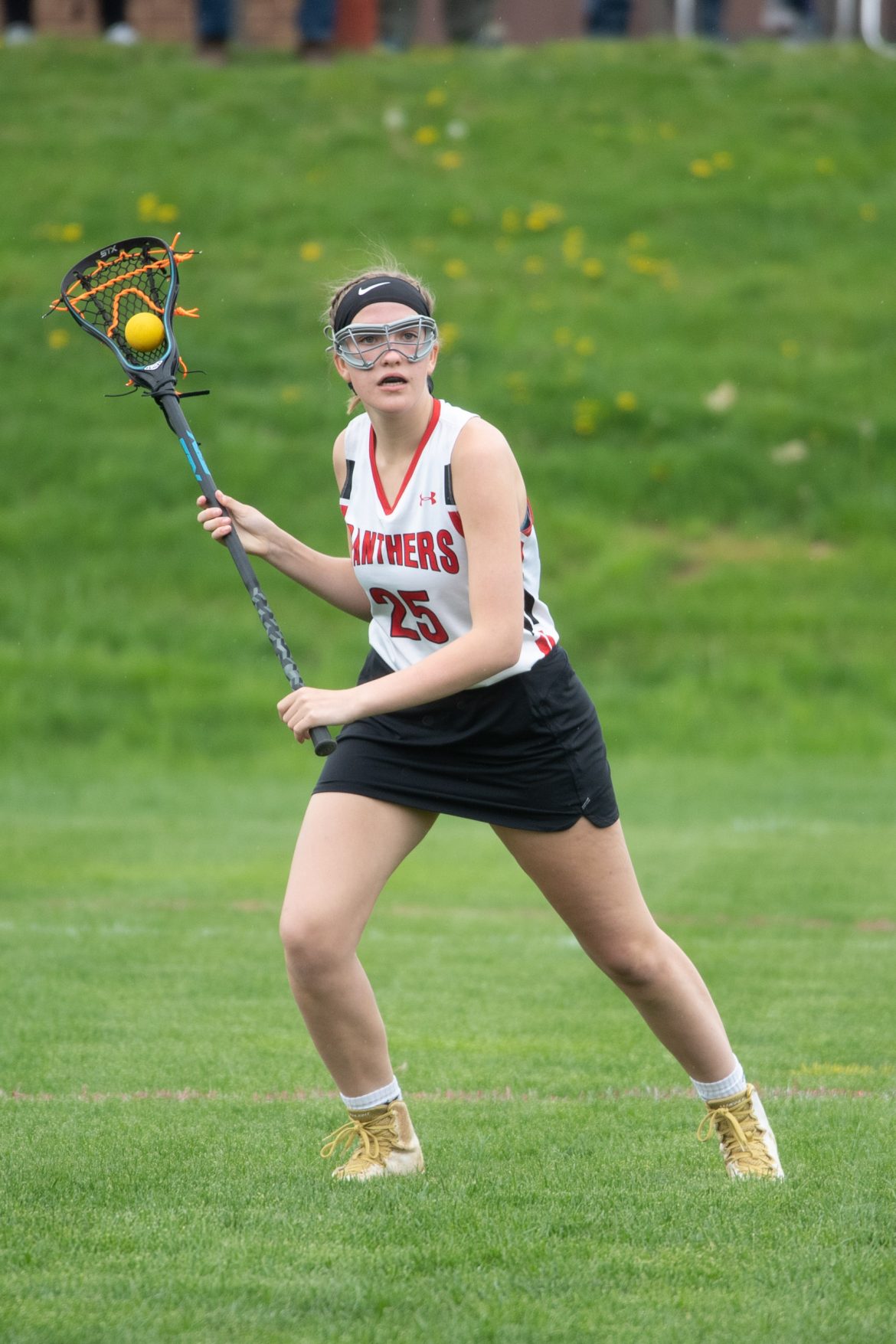 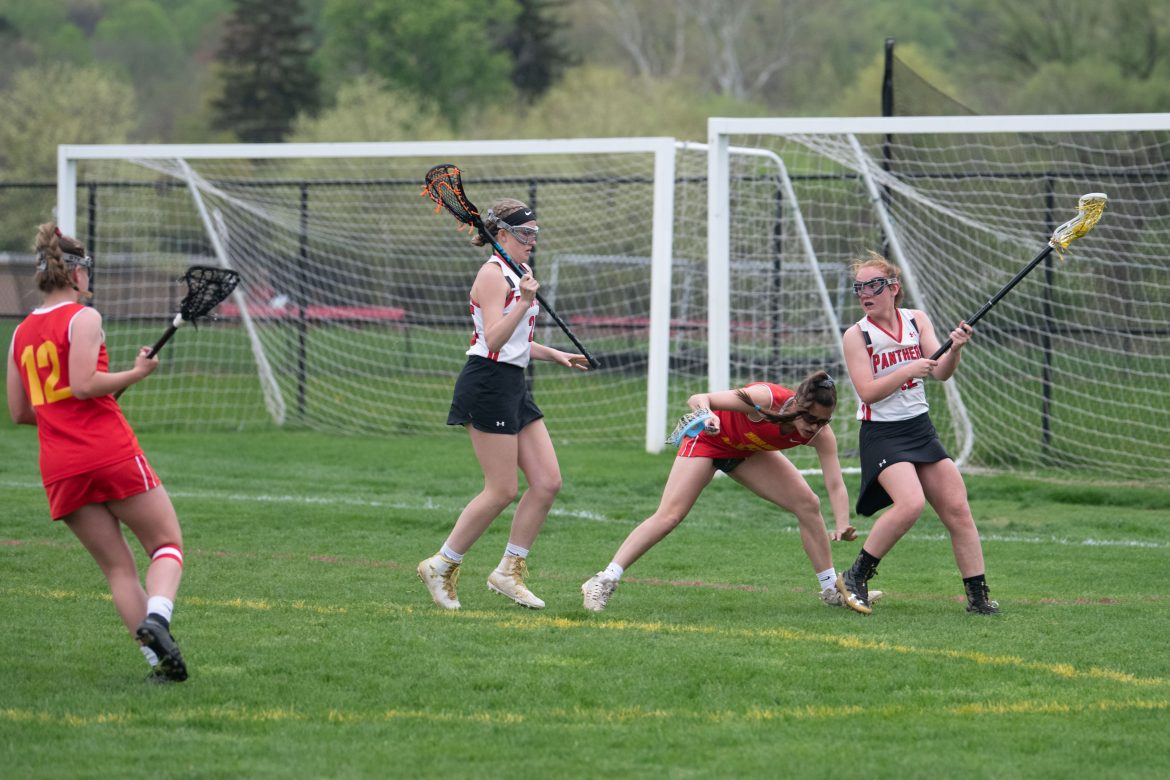 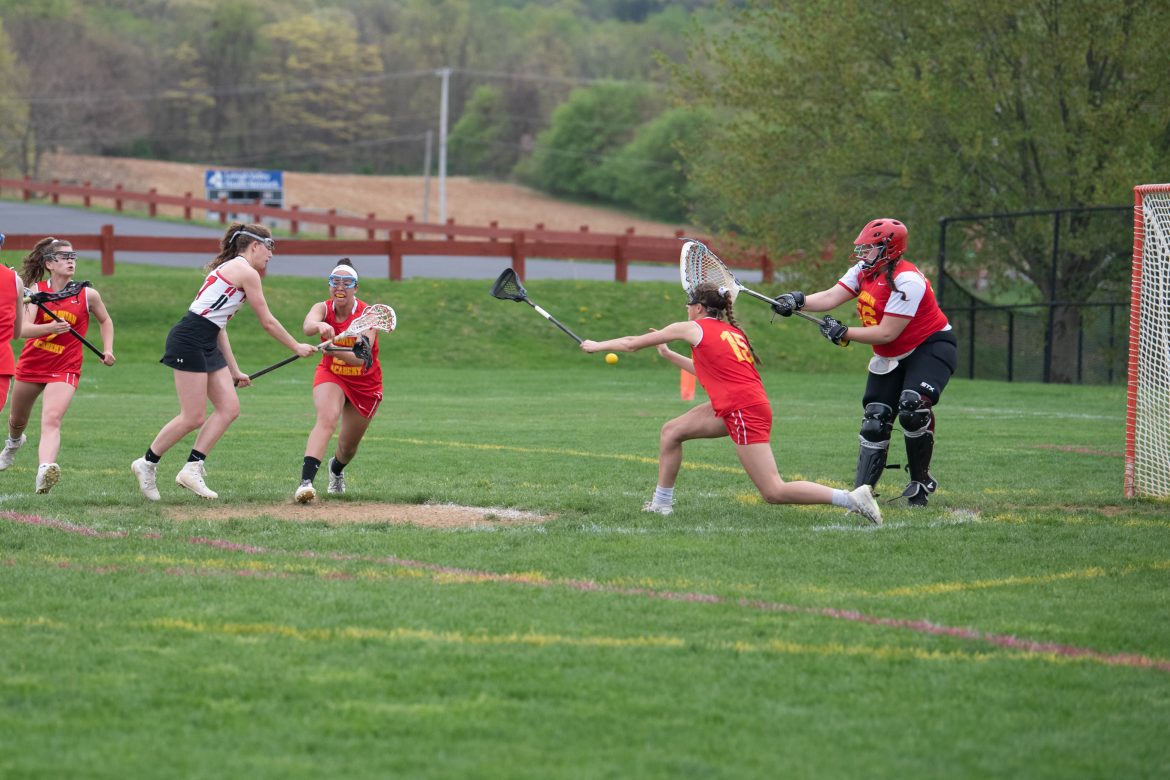 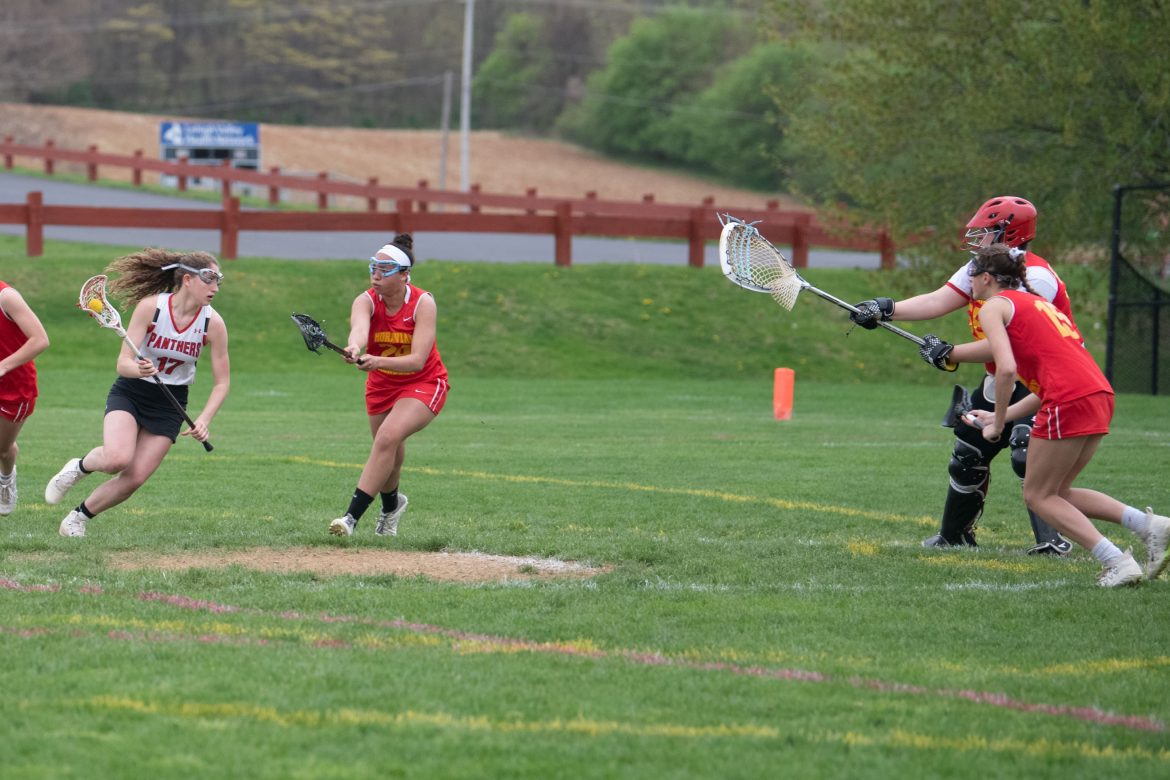 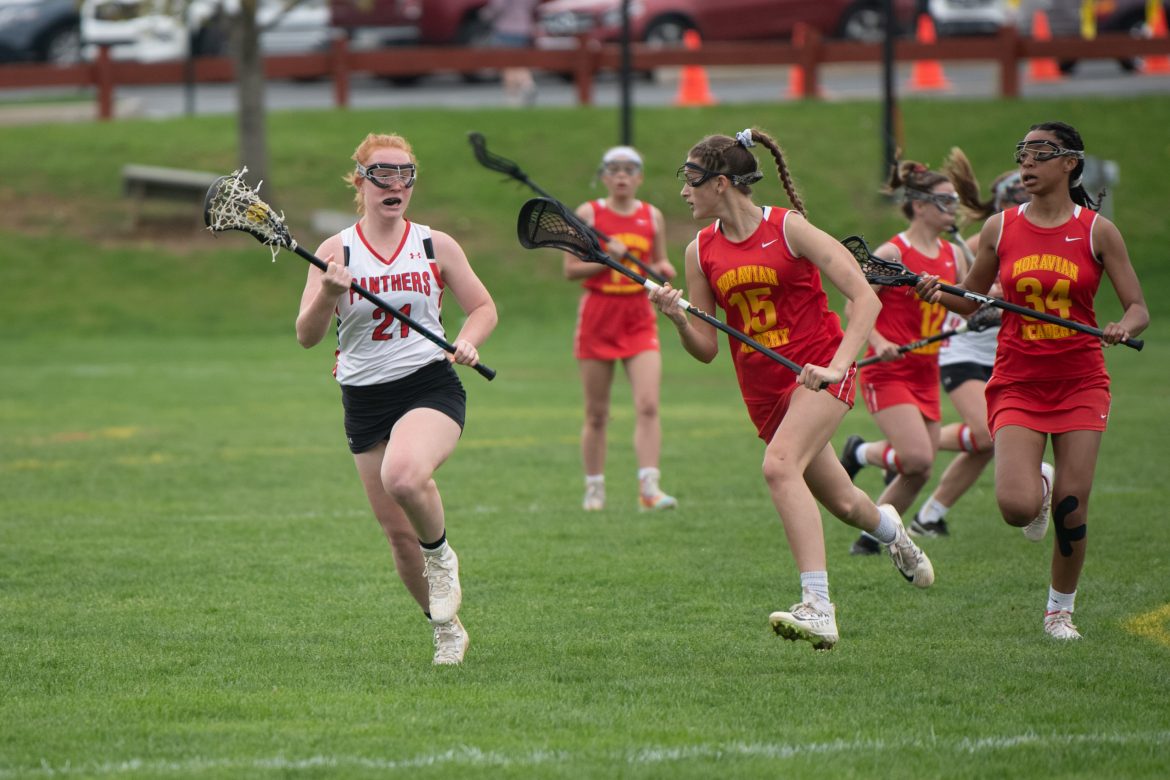 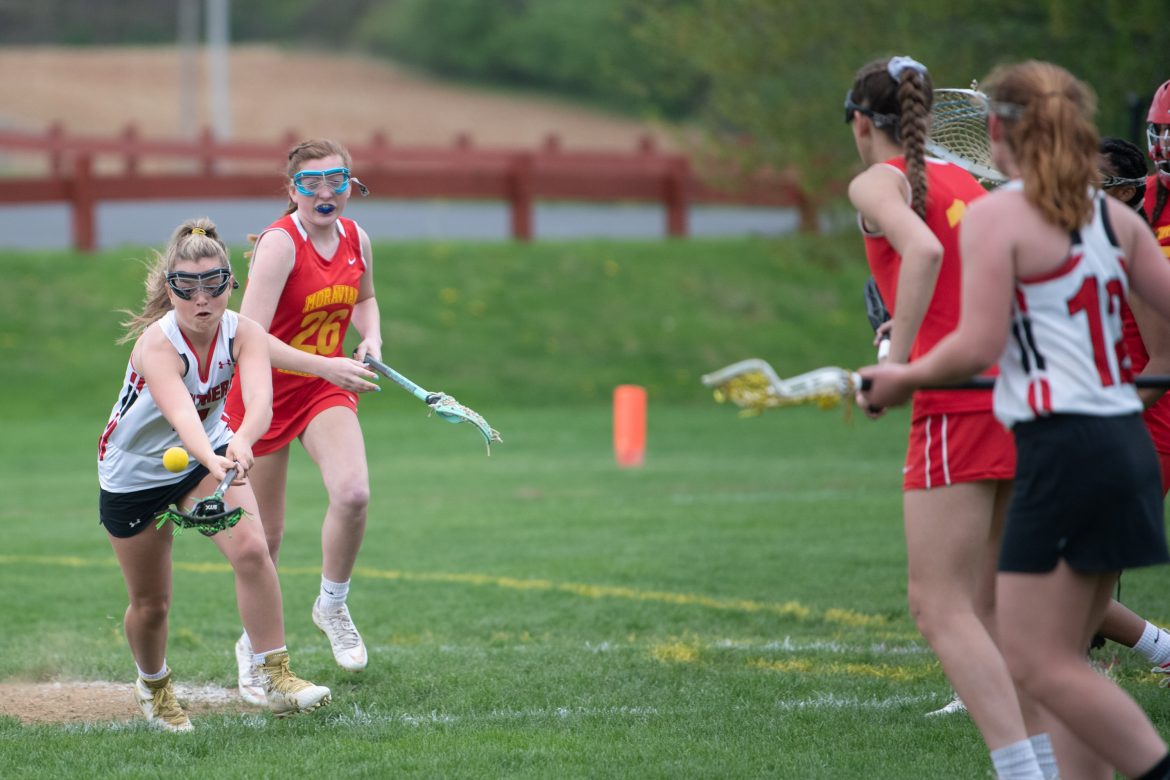 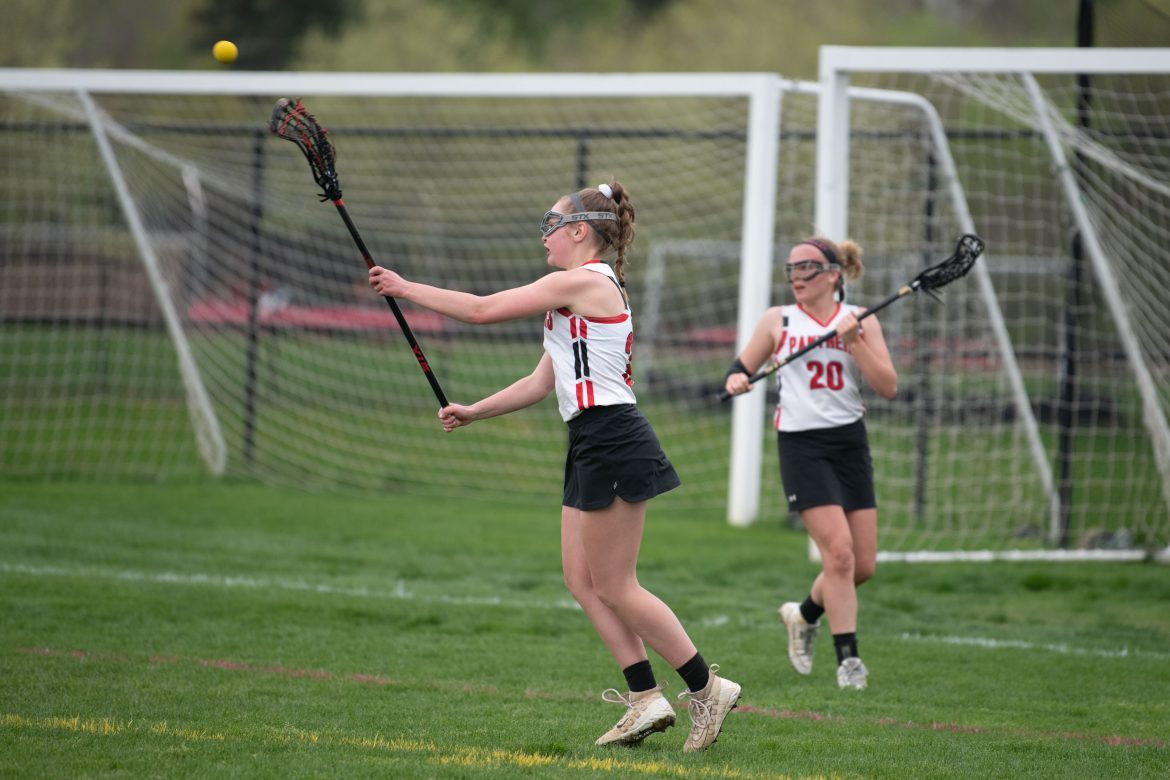 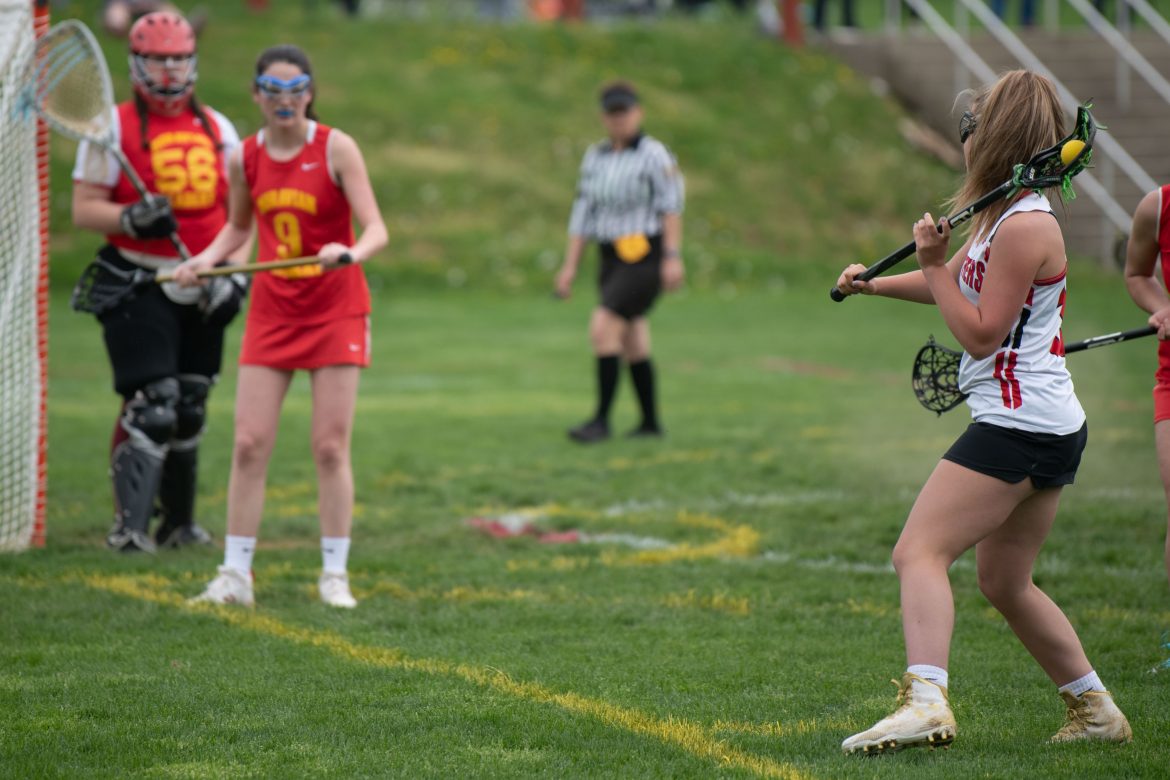 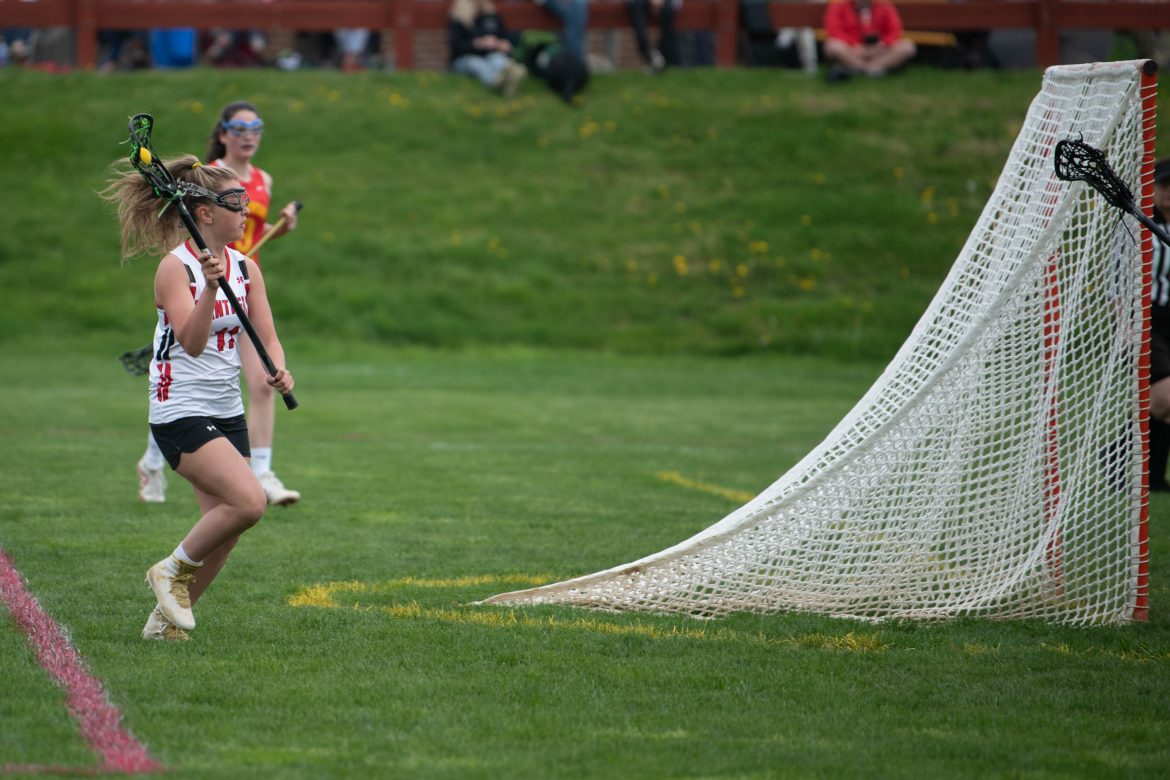 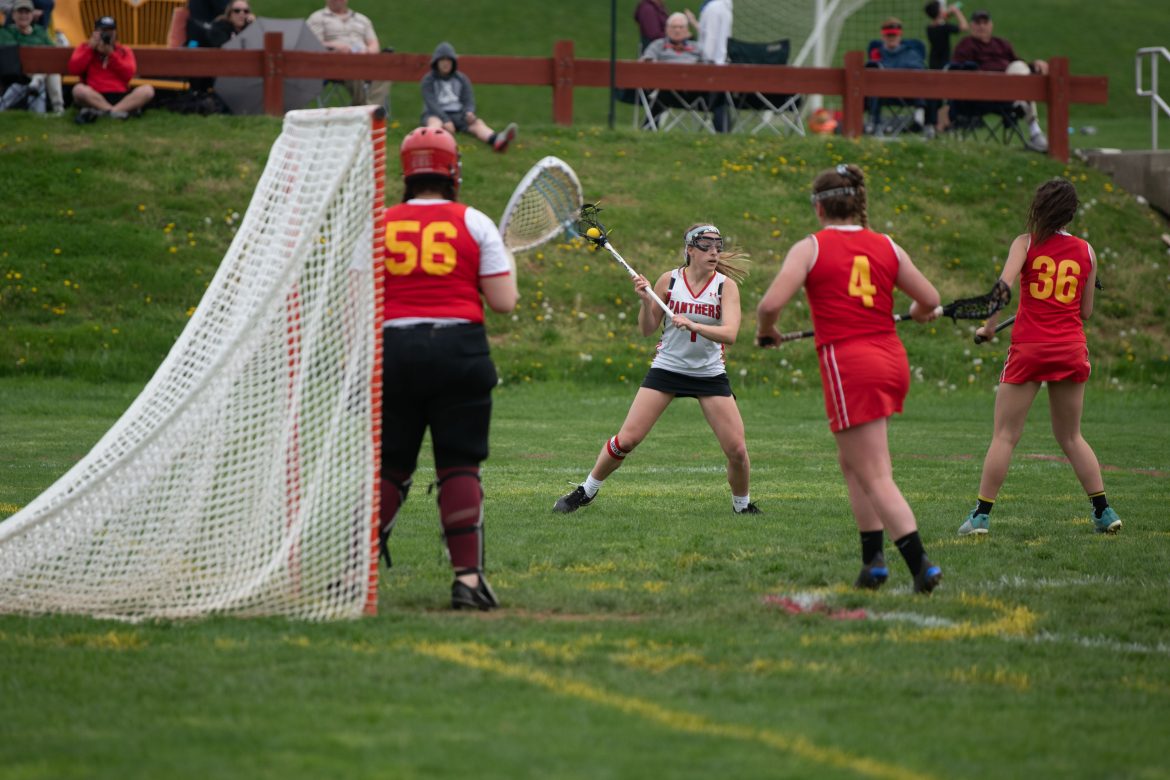 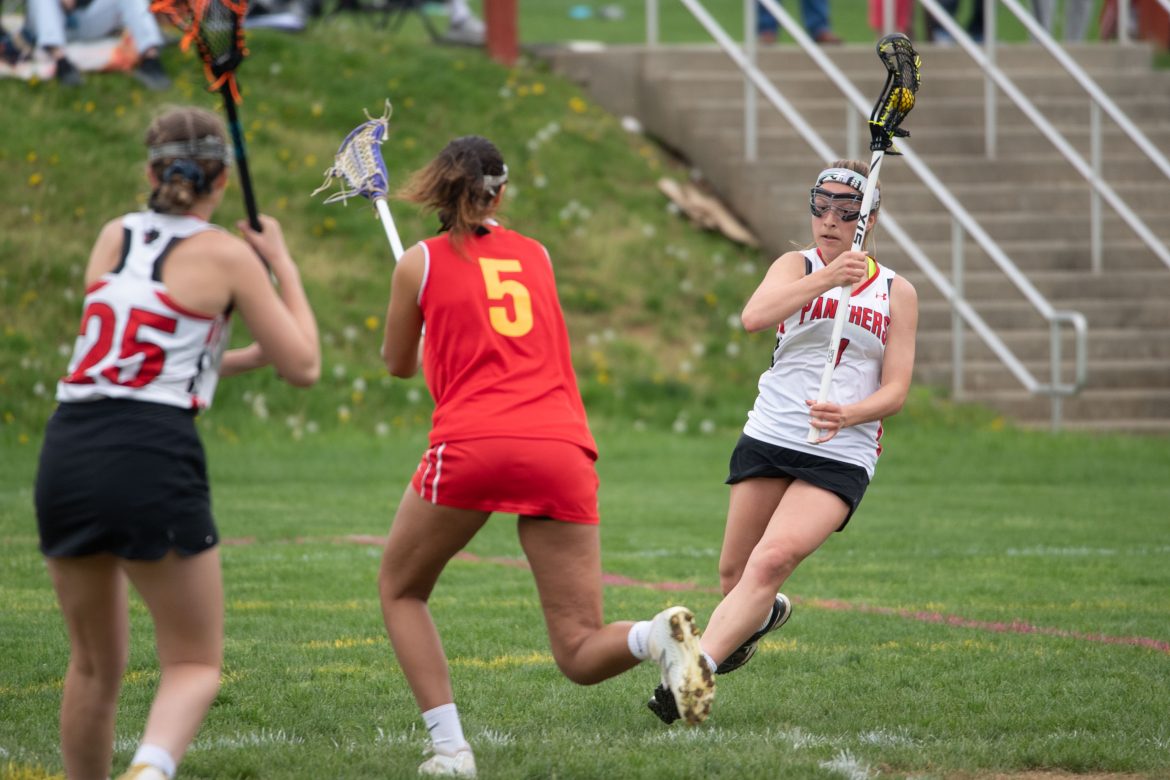 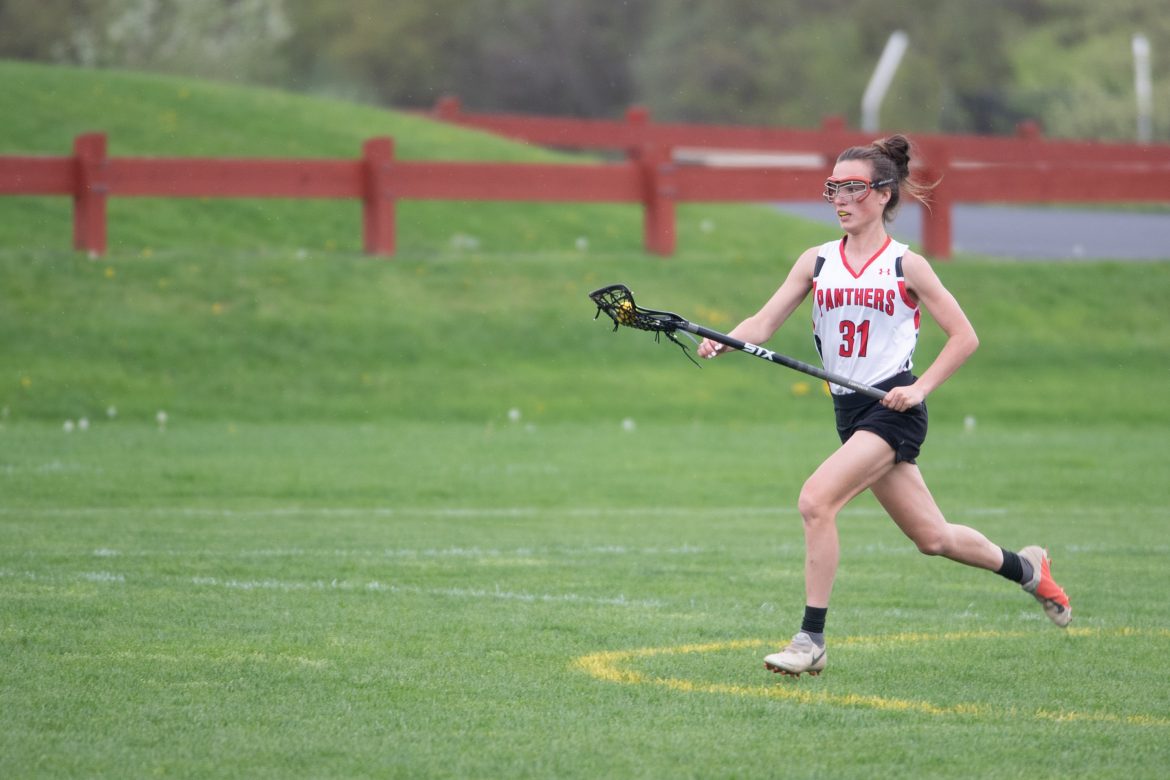