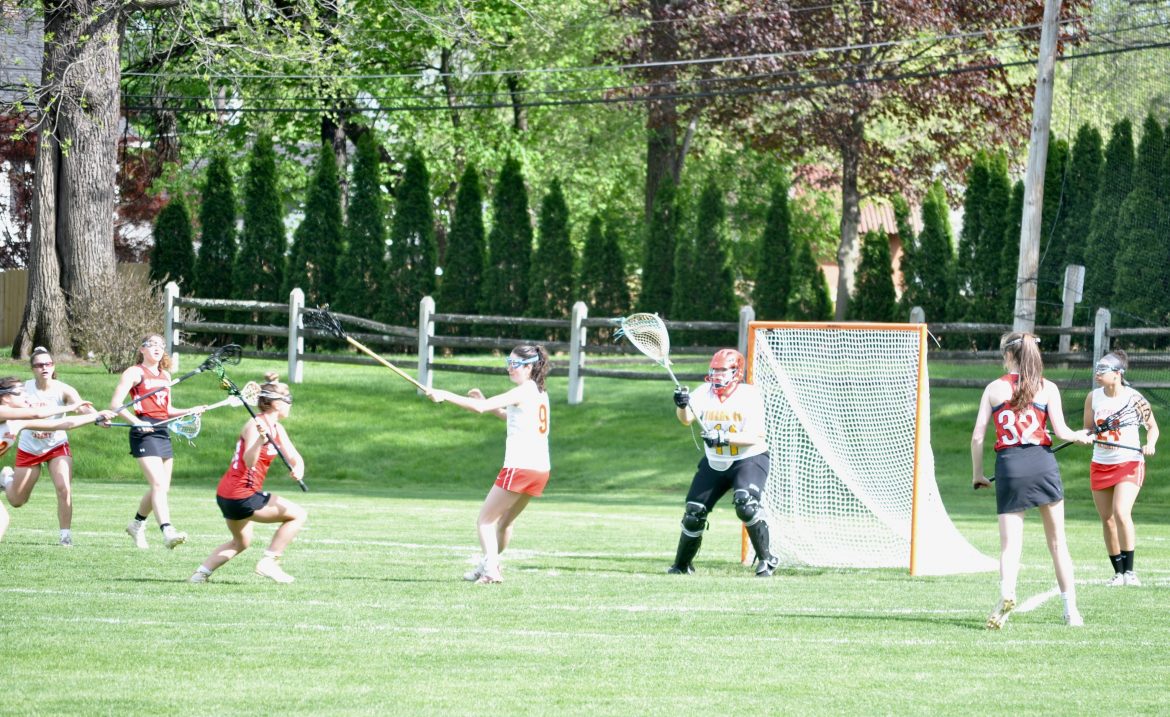 Emerson Shauger (#11) along with the rest of the Saucon Valley Panthers cranked up the pressure on the Moravian Academy Lions.

Just like in their first meeting this season, it was Moravian Academy who struck first.  And, just like in the first game, a minute later Saucon senior, Katherine Naiburg hit the equalizer for the Panthers. 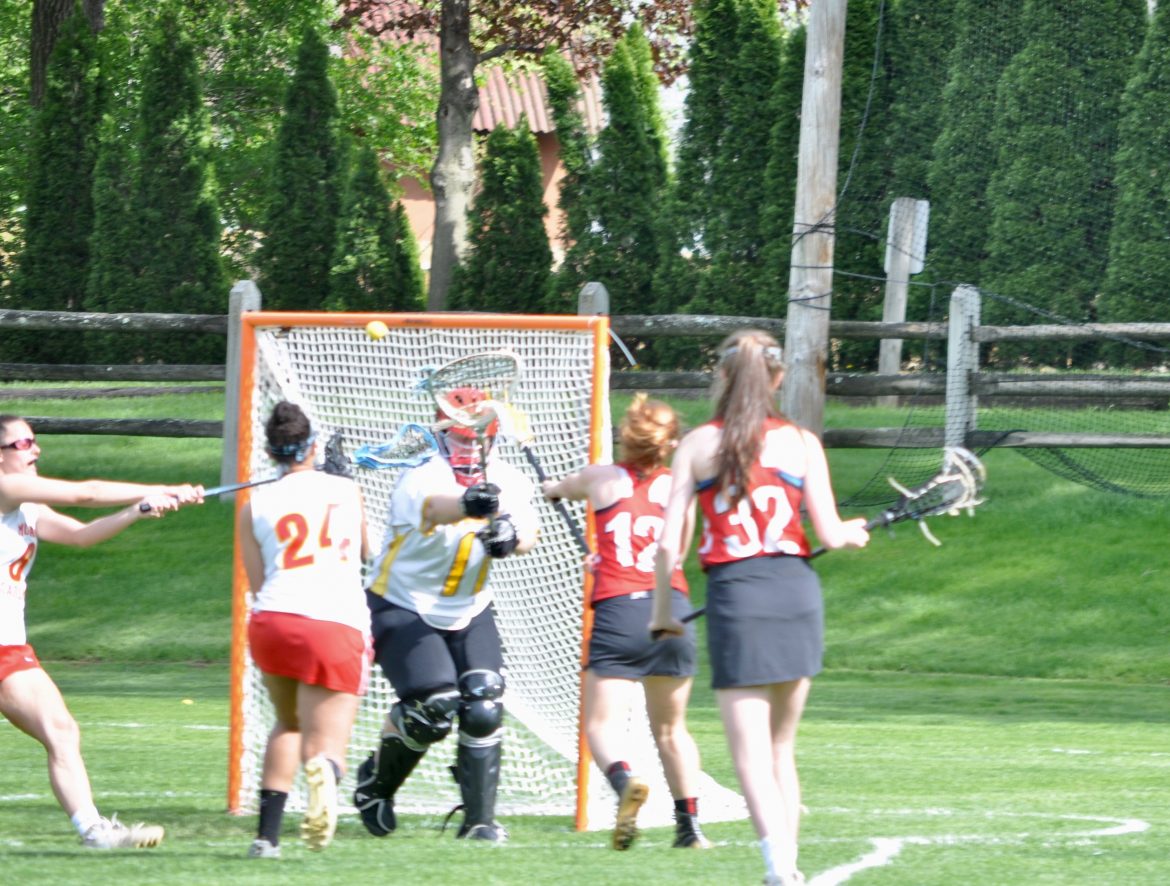 Saucon senior Kat Naiburg (#12) powers in for a score.

Naiburg got Saucon Valley started and classmate Siobhan Coakley followed Naiburg’s lead.  Coakley received a crafty feed from Maria Donahue who was behind the Moravian goal.  Coakley cut to the doorstep of the goal and quickly one-timed Donahue’s offering into the Lions’ net for a score.  With 21:30 yet to play in the 1st half Saucon Valley took the lead from Moravian and would never give it back.

About three minutes later Saucon Valley junior Camryn Zavacky assisted on a Naiburg score with another pass from behind the Moravian goal.  Similar to the Panthers previous point, Naiburg received the pass and scored as she cut through the arc toward the goal.  Moravian Academy answered right back about a minute later to make it a 3-2 game with just over seventeen minutes left to play in the 1st half. 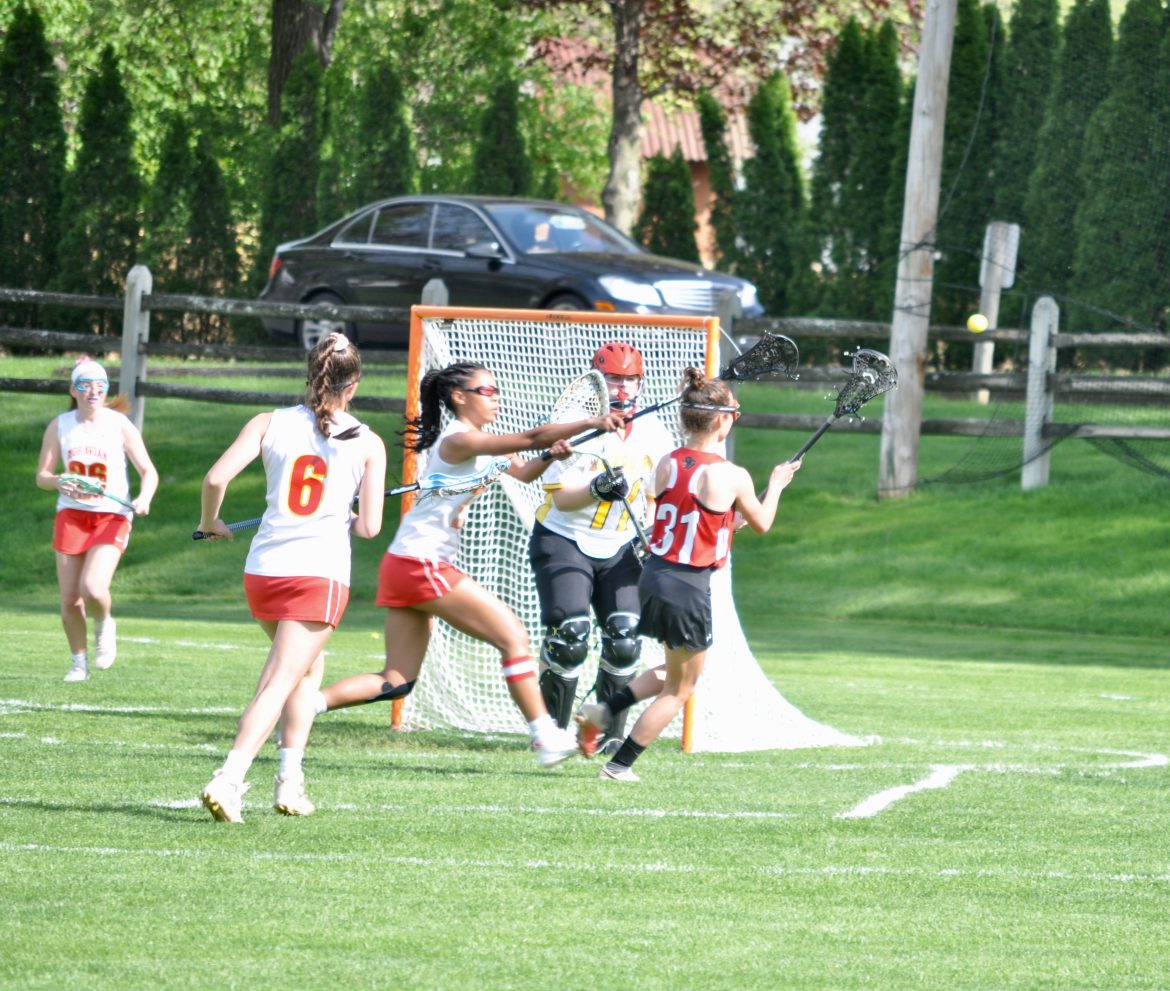 Kiele Riefenstahl (#31) drives and dishes for the Panthers. 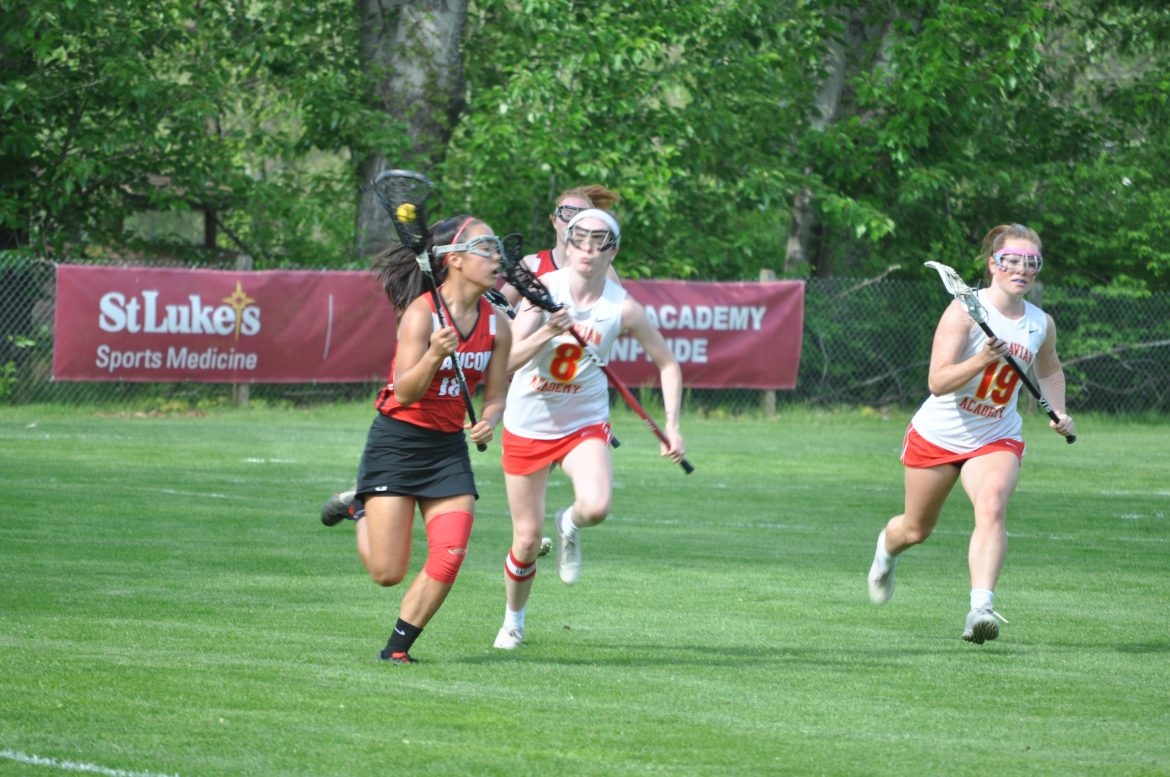 Salome Carr making a run from coast to coast.

After the brief intermission, Saucon Valley picked up where they had left off in the 1st half.  The Panthers scored the first five goals after the break.  Saucon received their 2nd half, offensive firepower from Katherine Naiburg, Camryn Zavacky, Maria Donahue (2), and Makenzie Shimko.  Naiburg’s goal at 22:18 started the mercy-rule which activated the running clock that would shorten the game.  Nonetheless, it was a community effort and the Panthers built a commanding 16-2 advantage over the Lions with 10:22 left to play. 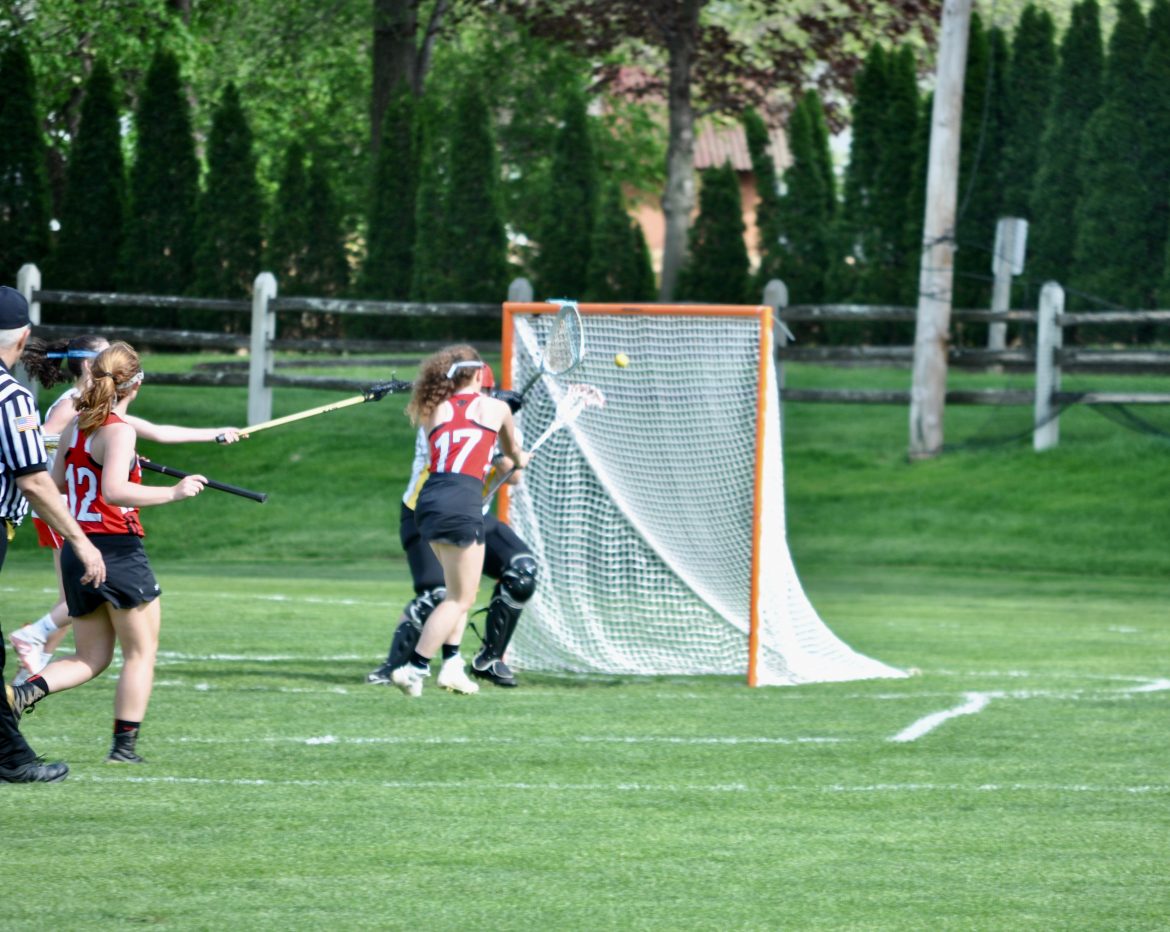 From her midfield position, Saucon Valley’s Maria Donahue drives and dunks for a score.

Moravian Academy did finish strong with four unanswered goals during the last ten minutes of play, but too much damage had already been done.  Saucon Valley defeated Moravian Academy by a 16-6 score. 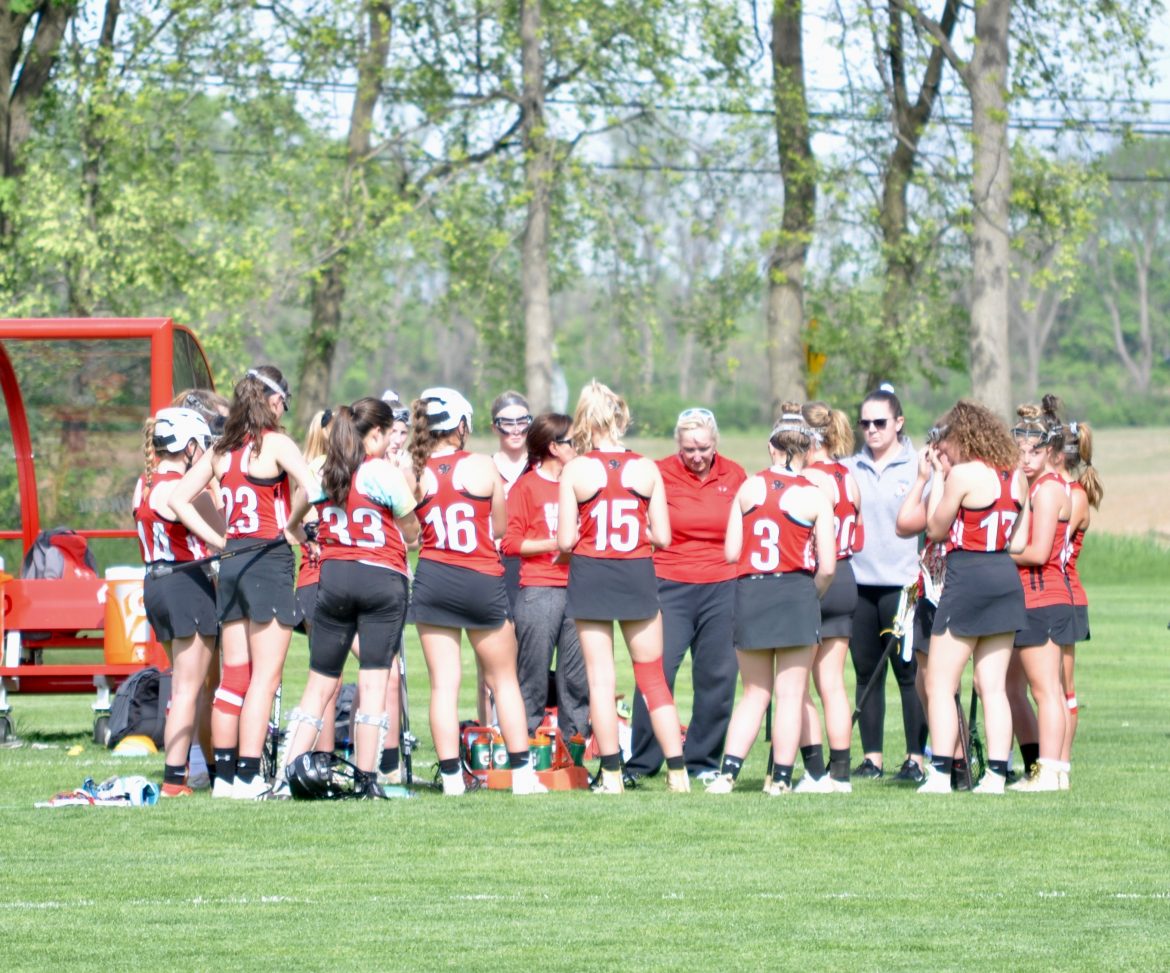 It was another great team victory for the Panthers.

UP NEXT:  The Panthers (10-1) will load the bus and head to the far north for a clash with the Crestwood Comets (Wilkes Barre) on Thursday May, 2.  This contest is scheduled to start at 5:30 p.m. 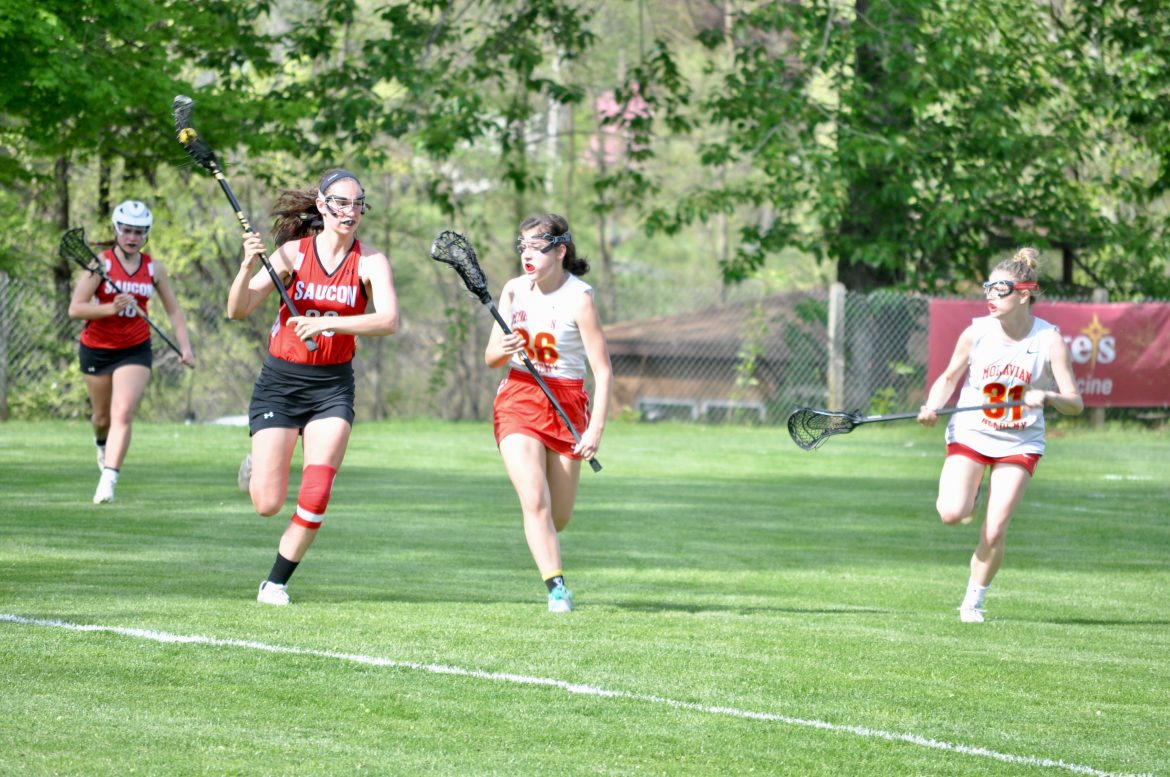 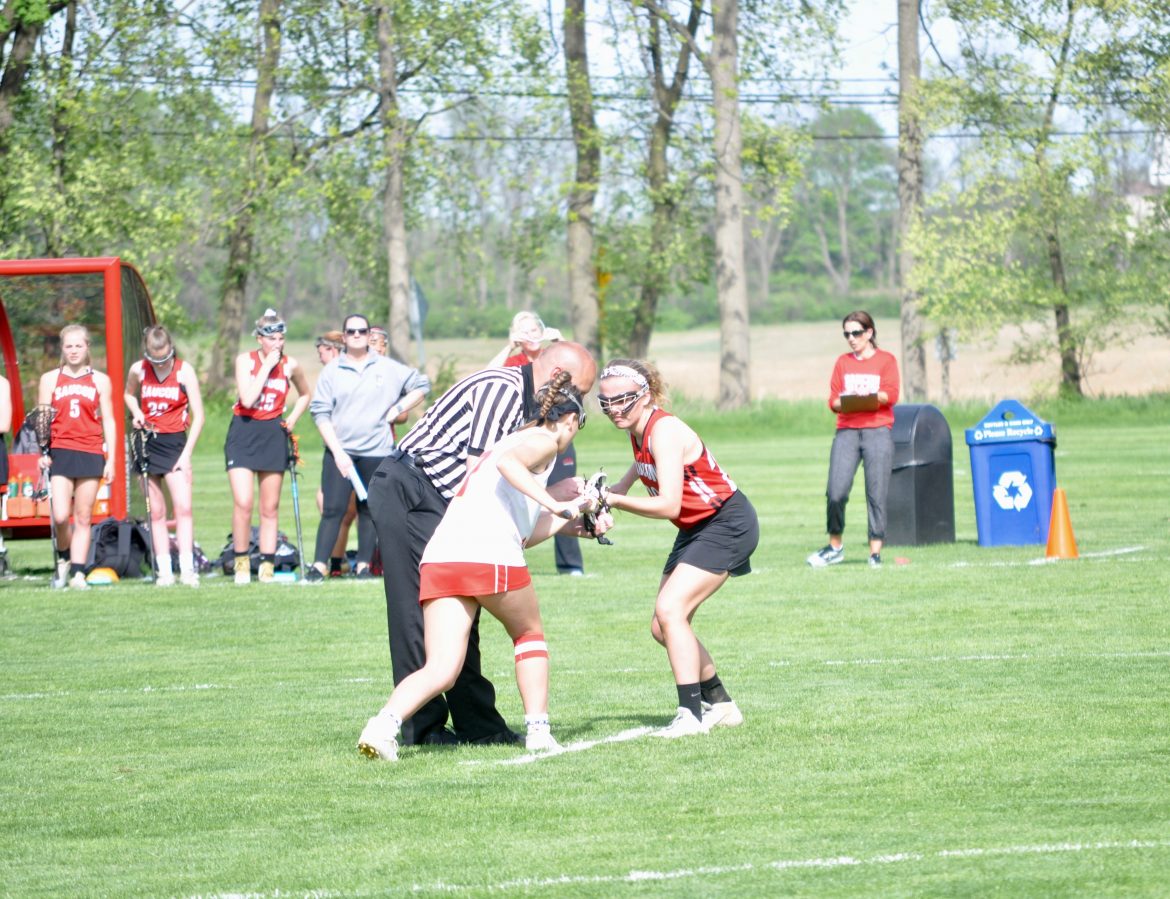 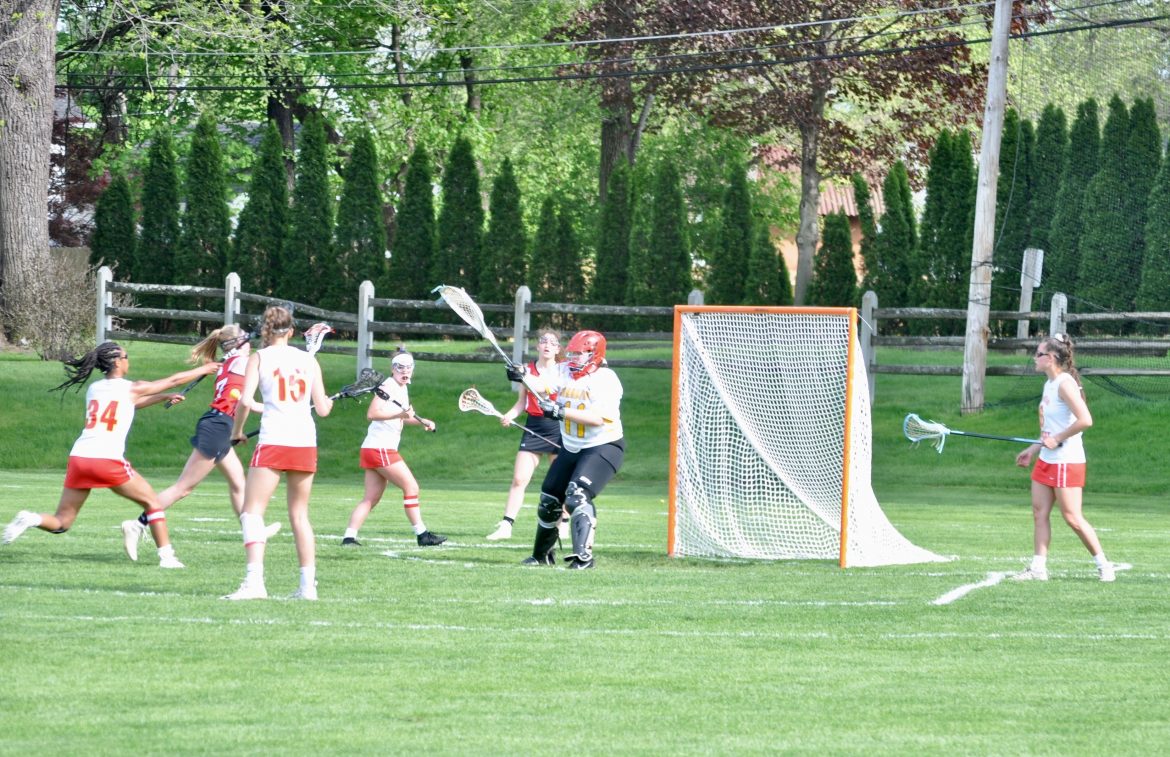 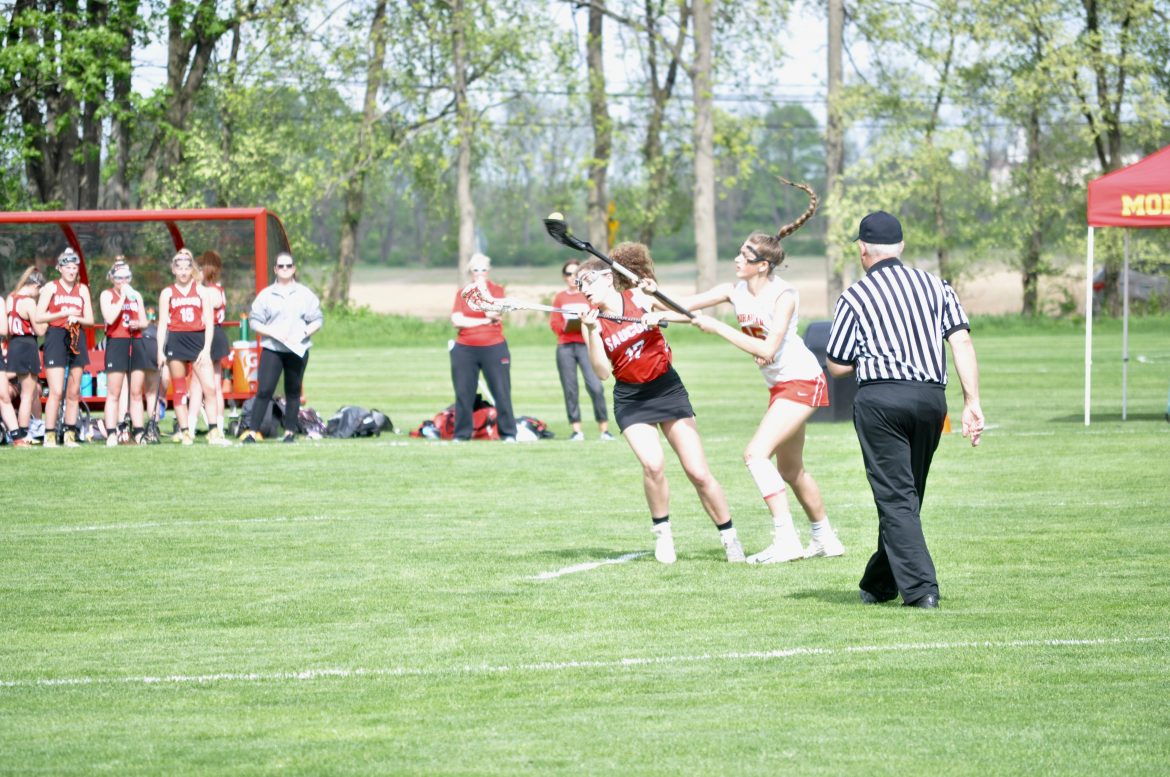 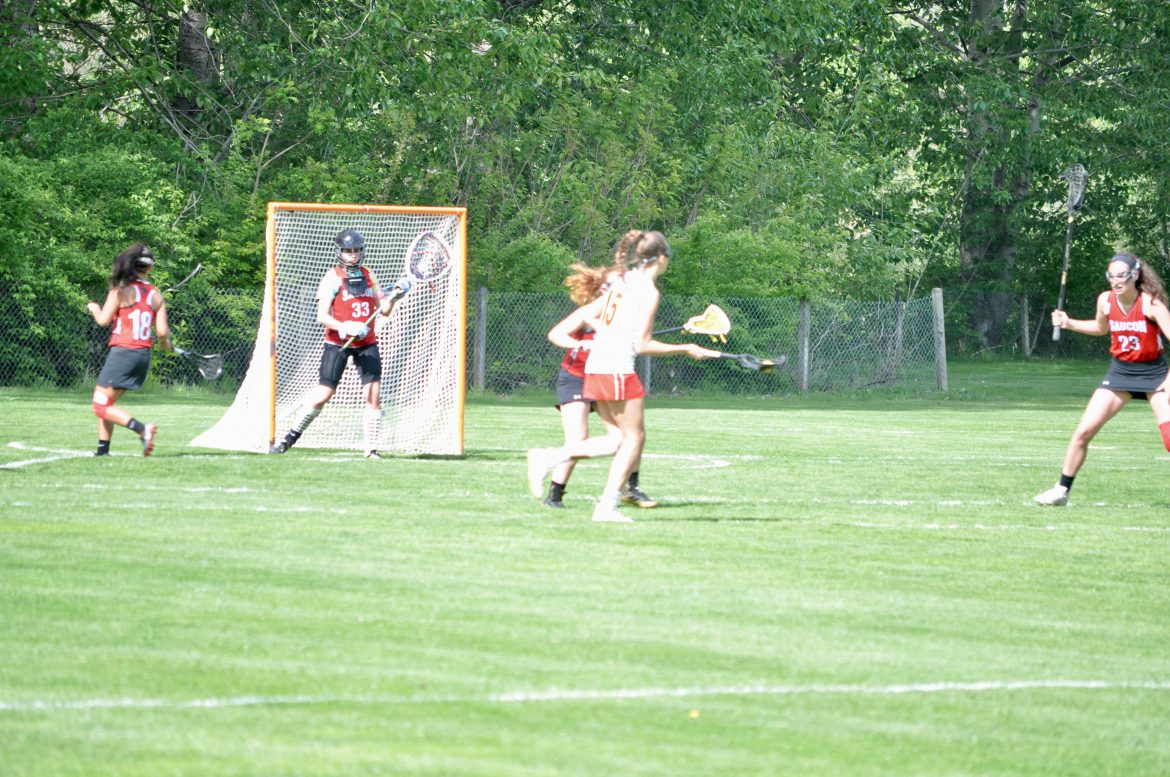 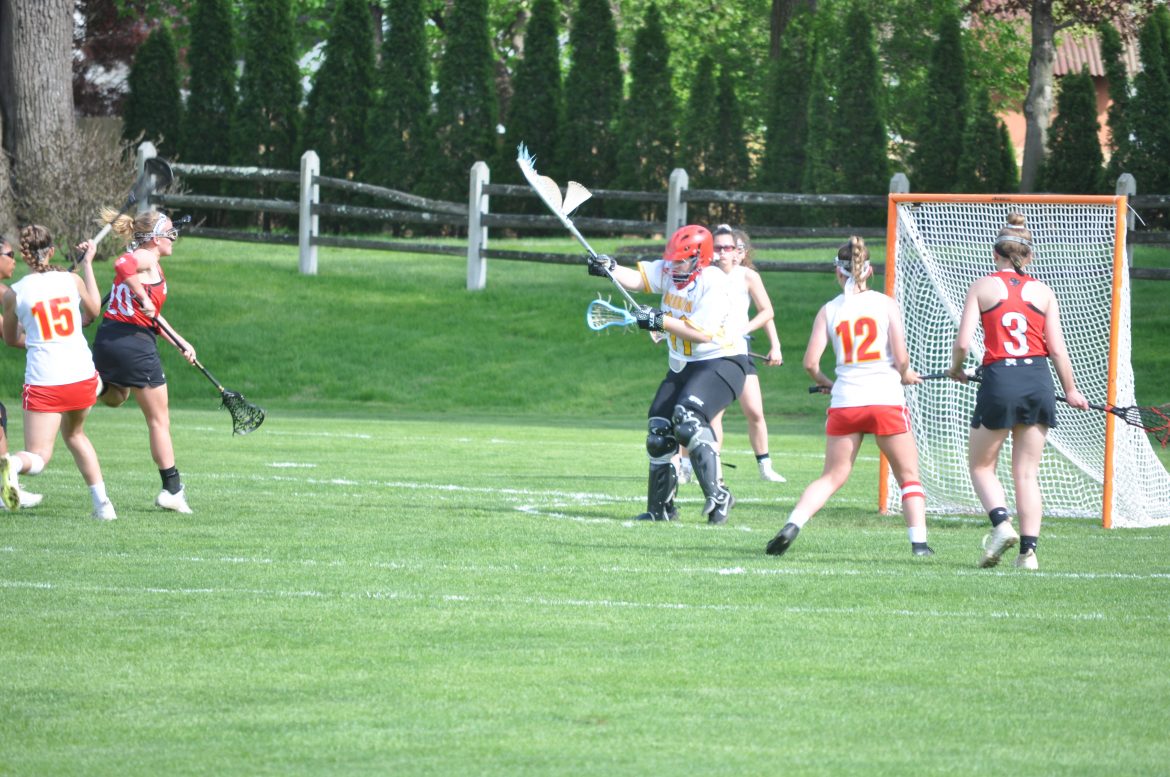