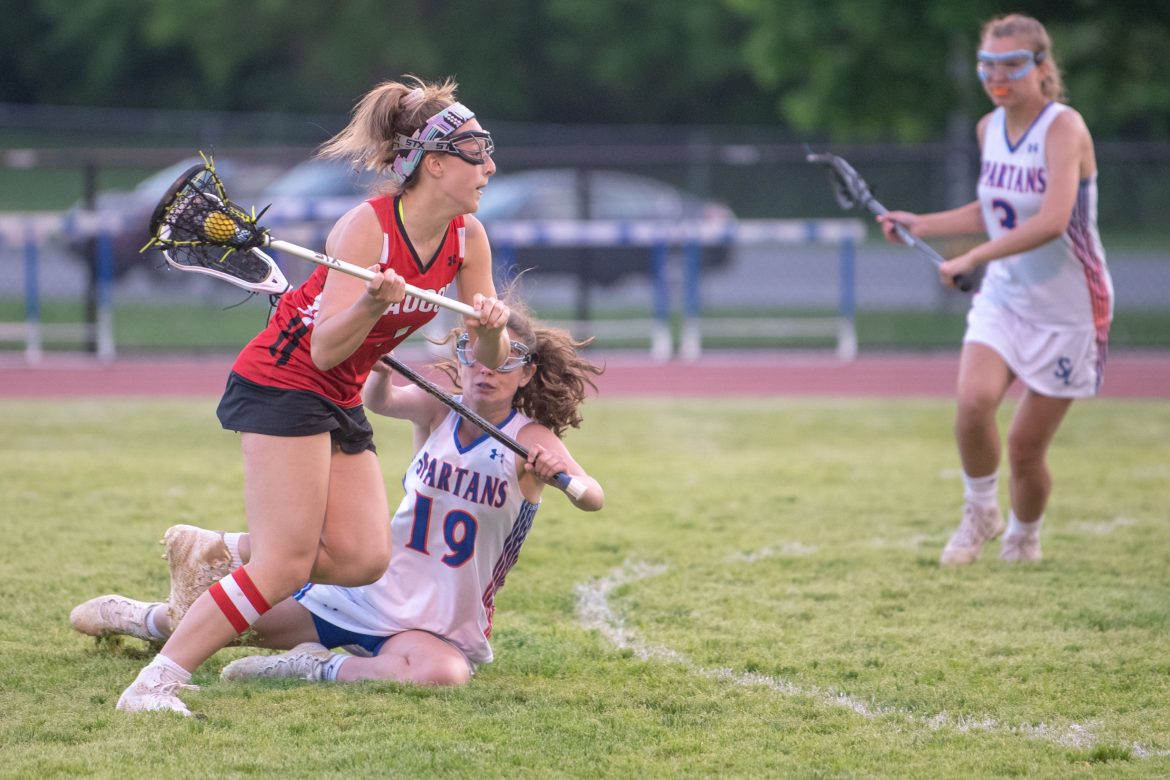 It took twenty-three hours to determine the winner of the high school girls lacrosse contest between the Saucon Valley Panthers and Southern Lehigh Spartans. Lightning crashed the party after halftime on Tuesday night leading to the remainder of the game being postponed and left to resume on Wednesday afternoon.  The game was an intense battle by two quality and competitive programs.  The Saucon Creek rivalry is indeed alive. 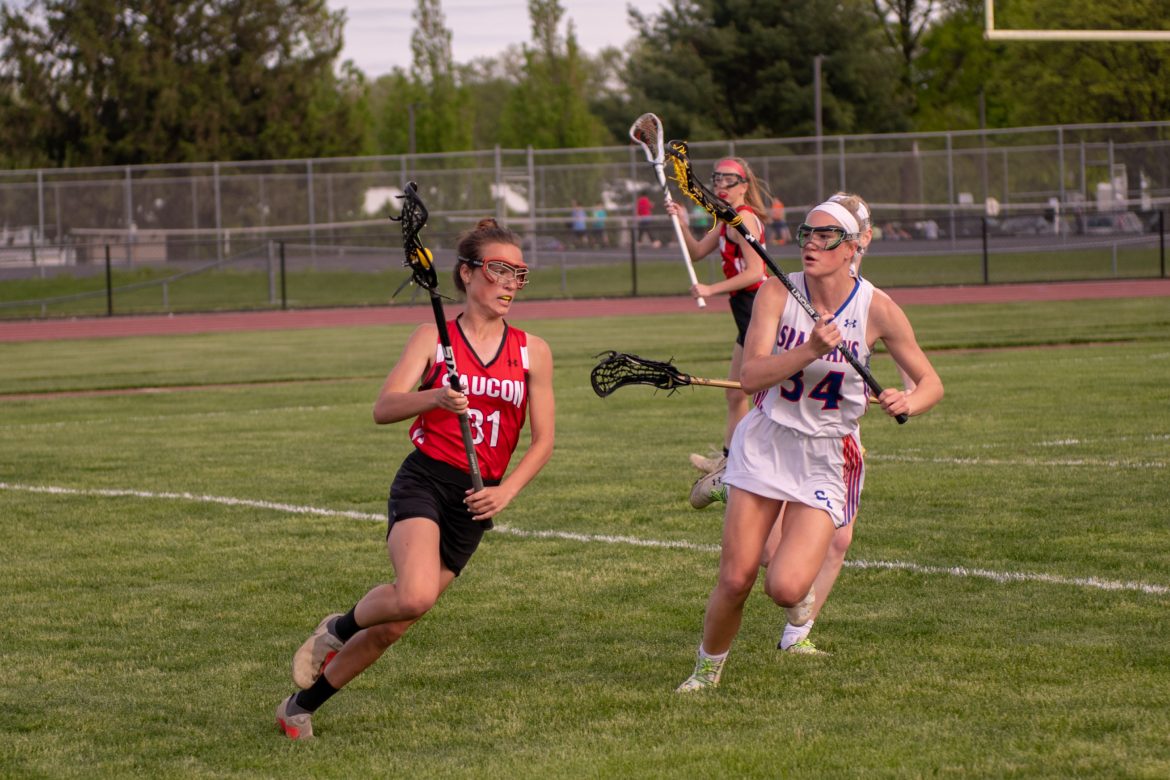 Kiele Riefenstahl on the move against the Spartans of Southern Lehigh.

In what carried on as a very physical scrap, Southern Lehigh was able to strike for a score a little over three minutes into the game.  The Panthers quickly answered when Maria Donahue finessed a lob pass into Kiele Riefenstahl who managed to shake free from her defender inside the arc area.  Riefenstahl quickly turned with the ball and spiked a bouncer into the Spartan cage for the score.  With 21:09 left in the first half, the score was tied 1-1. 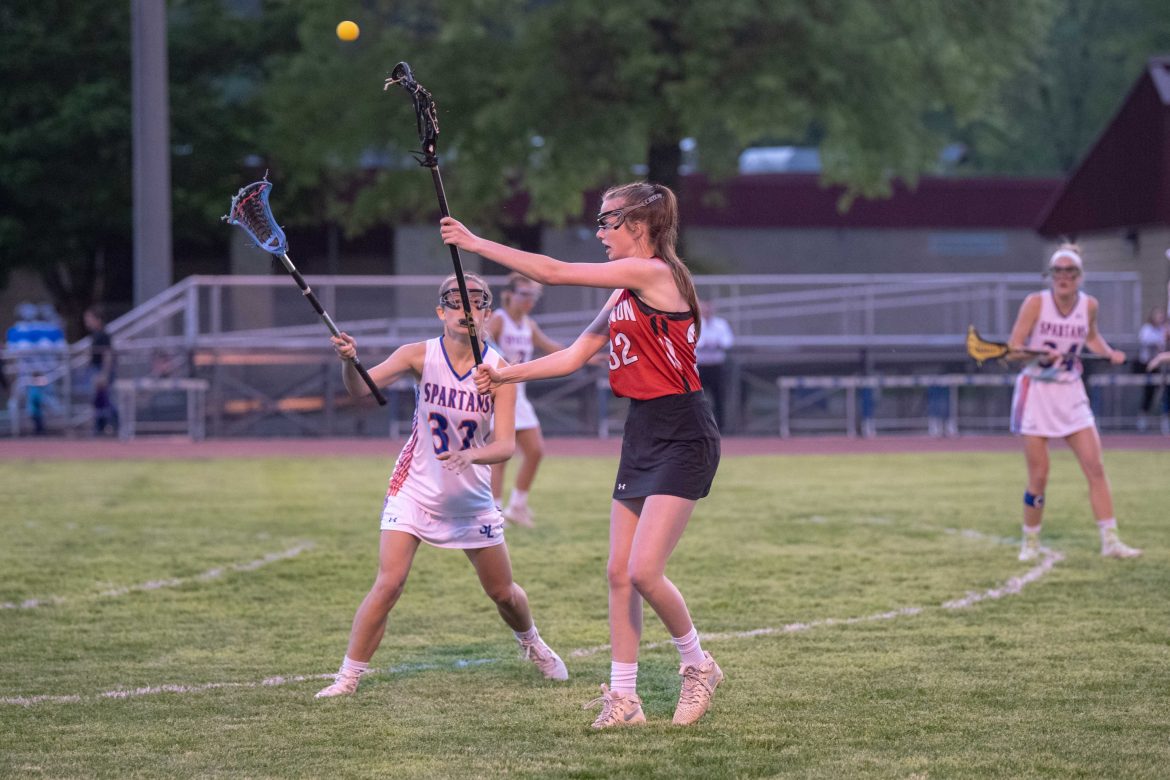 One minute later Saucon’s Siobhan Coakley, under pressure from the Spartan defense, patiently looked to move the ball to an open teammate.  Coakley’s patience paid off when Katie Marker flashed into the arc area.  Marker quickly snagged the Coakley offering and turned and shot for another Panther goal.   Marker’s score gave Saucon a 2-1 lead with 20:16 to go in the half. 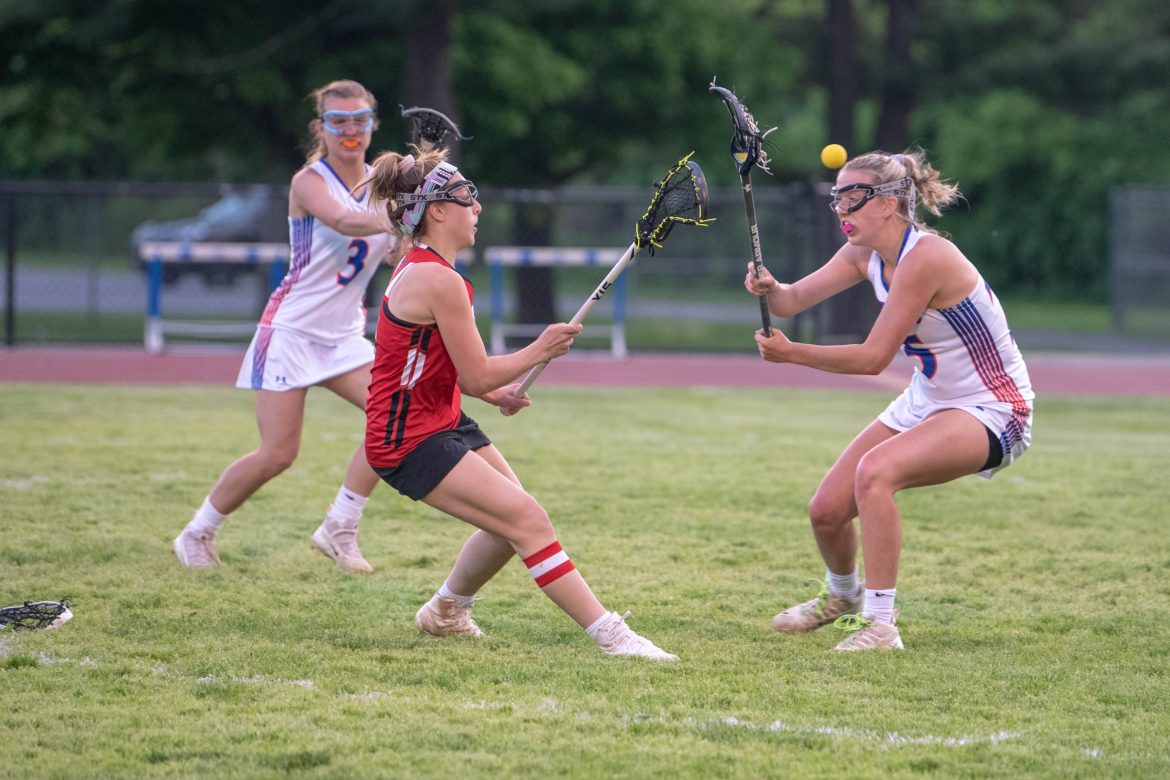 The majority of this game was contested and competitive at every turn.  It seemed as though both teams played the game as it should be played and battled fiercely for every loose ball.  Whether in the air or on the ground Saucon Valley and Southern Lehigh sold out with effort to get possession for their team.  Goals and quality chances did not come easy.  However, with 11:40 remaining in the half the Panthers Katherine Naiburg laced a sharp pass from behind the Spartan goal and connected with a cutting Camryn Zavacky.  Zavacky did what Zavacky does and her score put the Panthers up 3-1 with 11:40 left in the half. 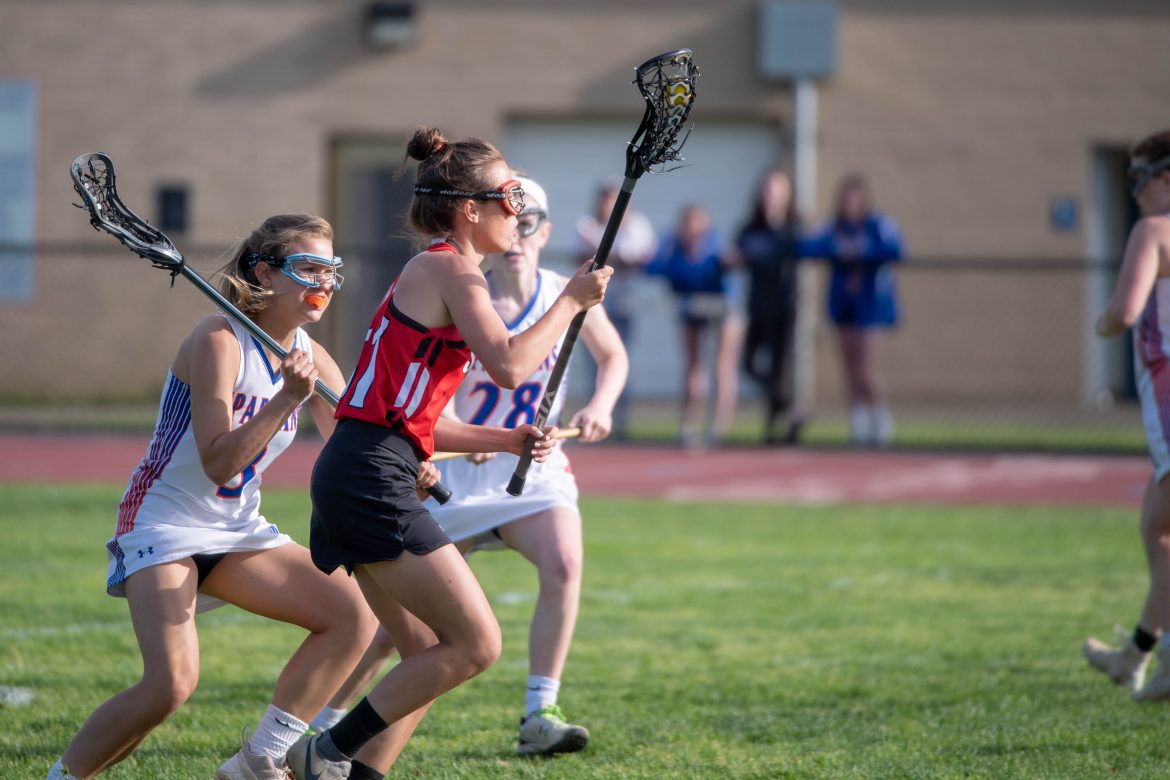 Saucon Valley’s Kiele Riefenstahl runs away to avoid her troubles.

About two minutes later Saucon Valley’s Kiele Riefenstahl claimed a ground ball deep in her own territory.  She scooped, scooted and dodged her way down the length of the field past all Spartans.  She managed to beat the Southern Lehigh goalie and score unassisted on a fast-break. Riefenstahl’s second goal of the half gave Saucon a 4-1 cushion with 9:41 left to go. 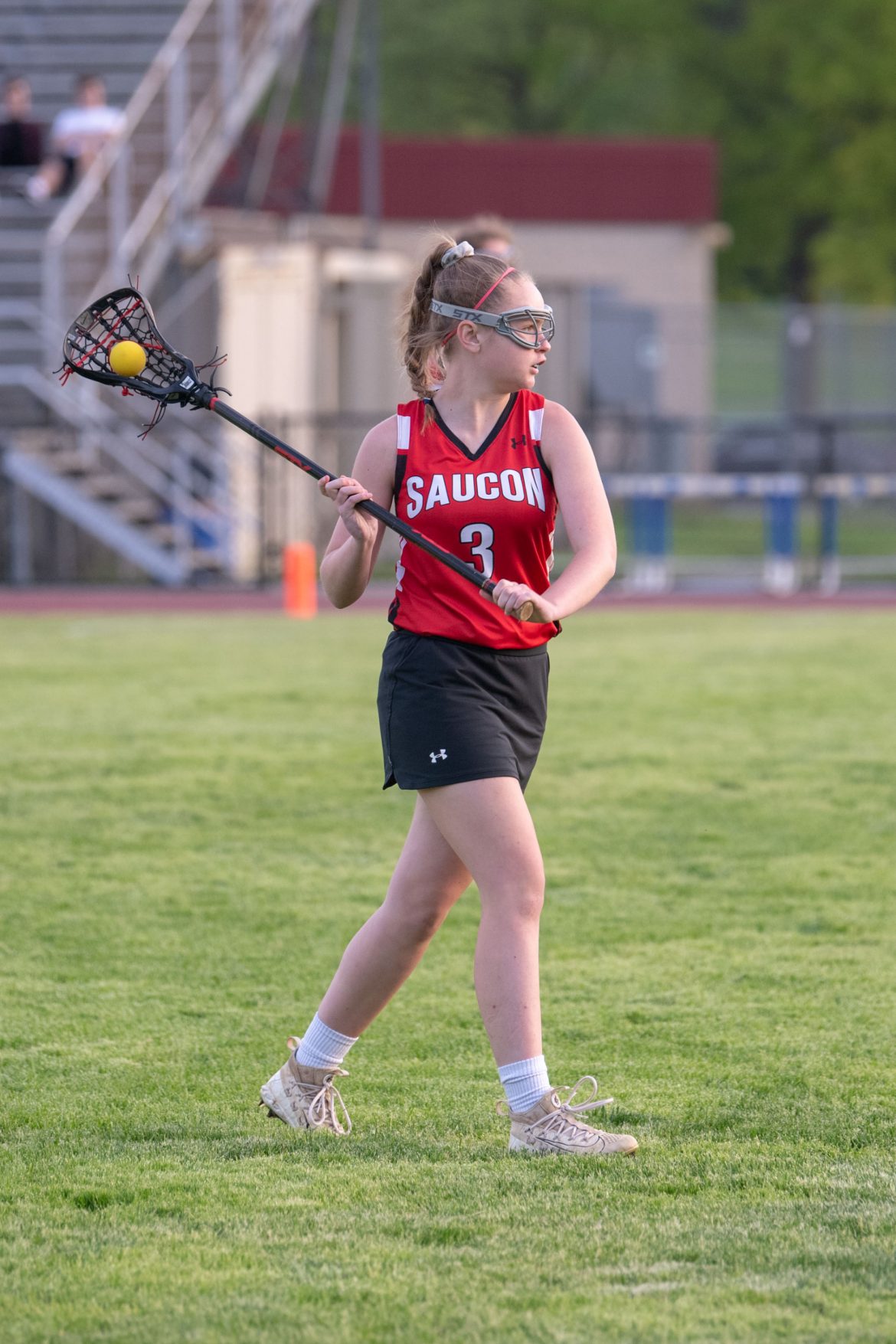 Southern Lehigh was able to stop the bleeding with a score that resulted from a free start awarded at the 4:30 mark.  The goal injected a little life into Southern Lehigh, but the Panthers had the last say in the first half.  With only seconds remaining until the intermission ‘Battle-Kat’ Naiburg sweetly assisted on a Megan Kane’s timely goal.  With long black clouds coming down and building toward Coopersburg, the Panthers held a 5-2 halftime lead. 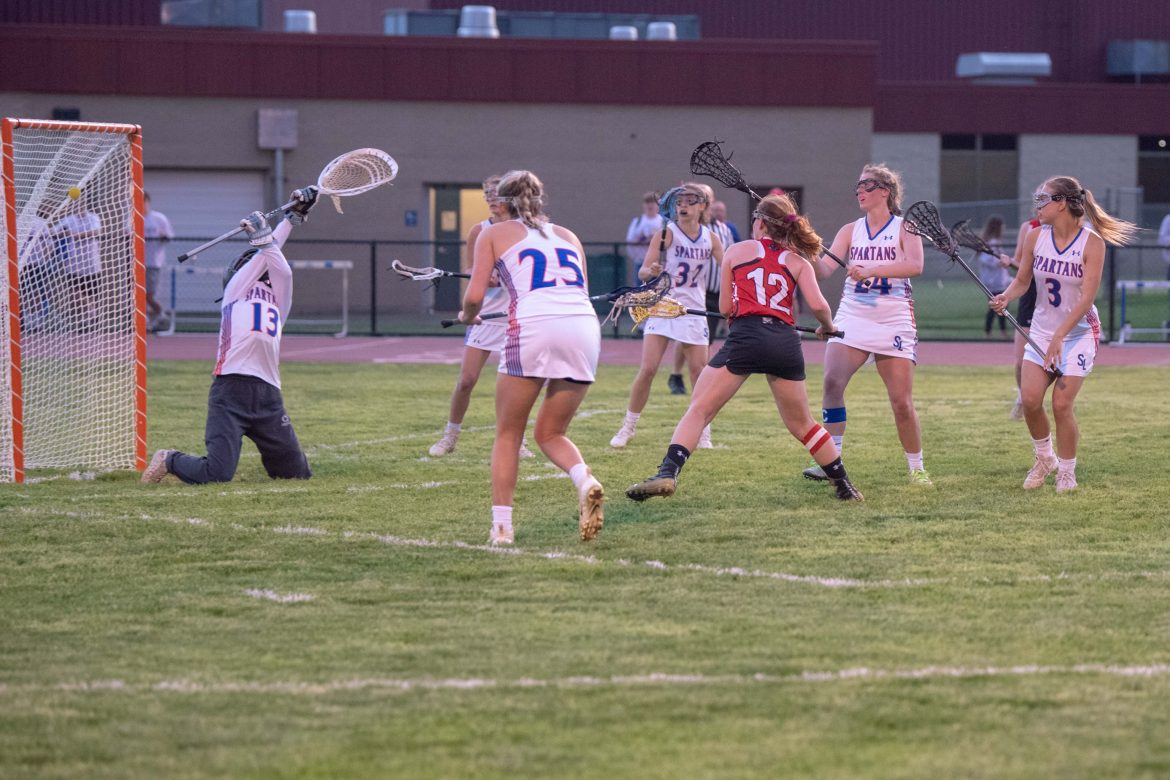 ‘Battle Kat’ Naiburg, surrounded by Spartans, lets a shot rip for a score against the Southern Lehigh Spartans.

It only took a couple minutes into the second half for the Spartans to scratch their way back to a two-goal deficit.  However, Kat Naiburg hit her target with 20:18 left to play and the Panthers reclaimed a three-goal lead at 6-3.

The Spartans continued to play hard and were rewarded for their efforts with a goal when there was 17:54 remaining in the game.  But after a couple minutes of defensive struggle, Brooke Riefenstahl targeted Camryn Zavacky as she came flat across the middle of the arc area.  From the wing, Riefenstahl pinpointed Zavacky and hit her with a solid pass.  With 15:05 left in the game Zavacky quickly loaded, aimed and fired to make good for a score that put the Panthers up 7-4. 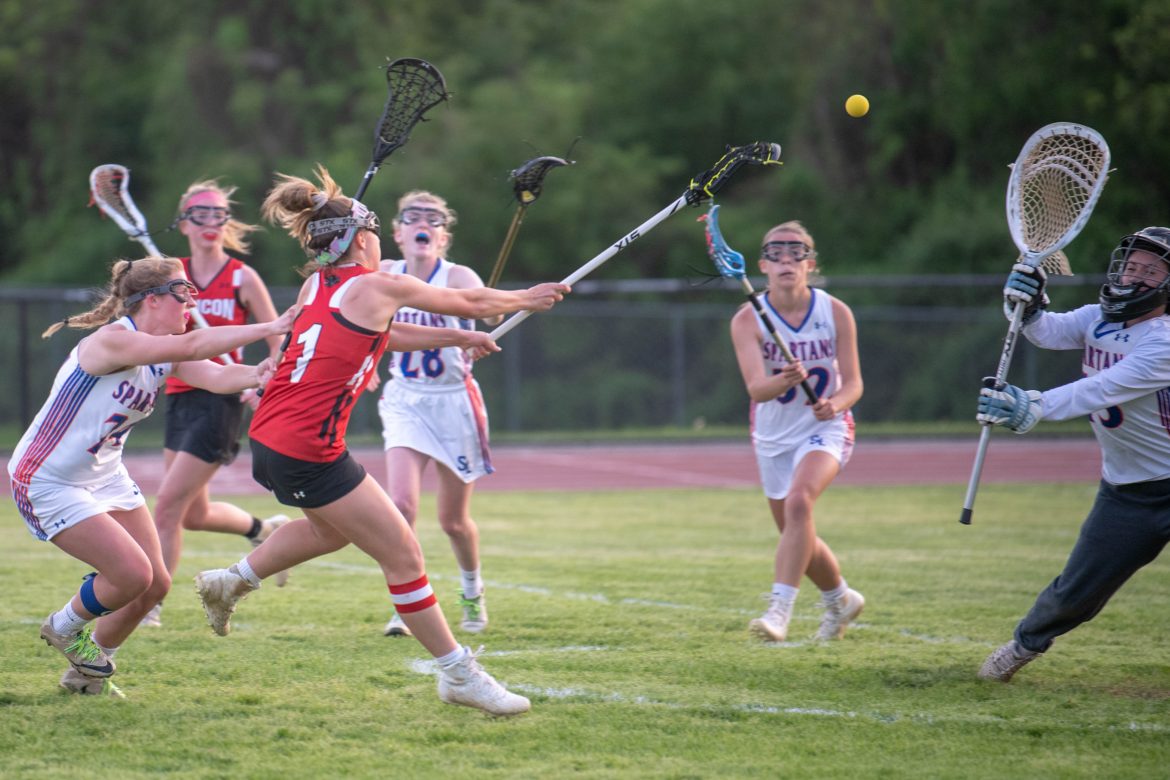 Staring at a three-goal deficit in a game where scoring is rare, Southern Lehigh opted for a timeout to regroup.  Or, perhaps with the inevitable storm creeping closer off the horizon, the Southern Lehigh staff was aware that if 80% of the game’s playing time had elapsed, the game would be considered legal and complete if stopped due to weather.  Therefore, maybe to buy some time for the storm to arrive, the Spartan coaches took a break.  If the game reached the 10:00 mark, the contest would legally conclude if a weather suspension were called.  Nonetheless, as the skies turned darker Southern Lehigh regrouped during their timeout.  With the night sky starting to flicker with distant lightning, play resumed and Southern Lehigh scored with 11:48 remaining.  Immediately, after the score, the referees wisely suspended play.  Had another one minute and forty-eight seconds ticked off the game clock, the game would have ended as a 7-5 victory in favor of the Panthers.  However, as the wind kicked up and the rain began to fall the balance of the contest was rescheduled for Wednesday afternoon. 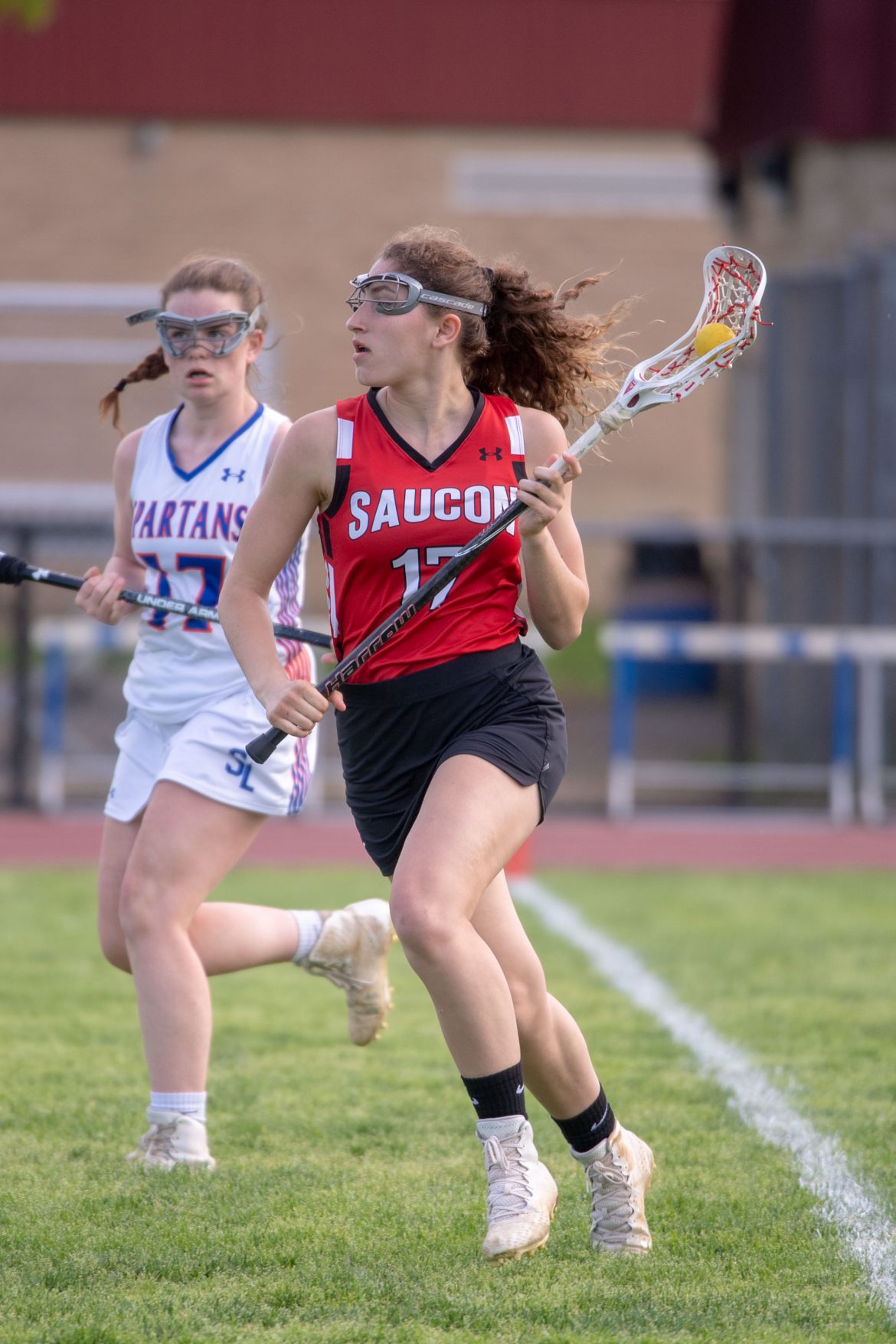 Saucon Valley’s Maria Donahue (#17) got a good thing going for the Panthers.

With momentum feeling slightly in favor of the Spartans, it was Saucon Valley that came out as the aggressors when play resumed on Wednesday.  The Panthers Maria Donahue was awarded a free start and she did not disappoint.  With 10:25 to go in the game, Donahue drove and buried her shot as Saucon extended their lead to 8-5. 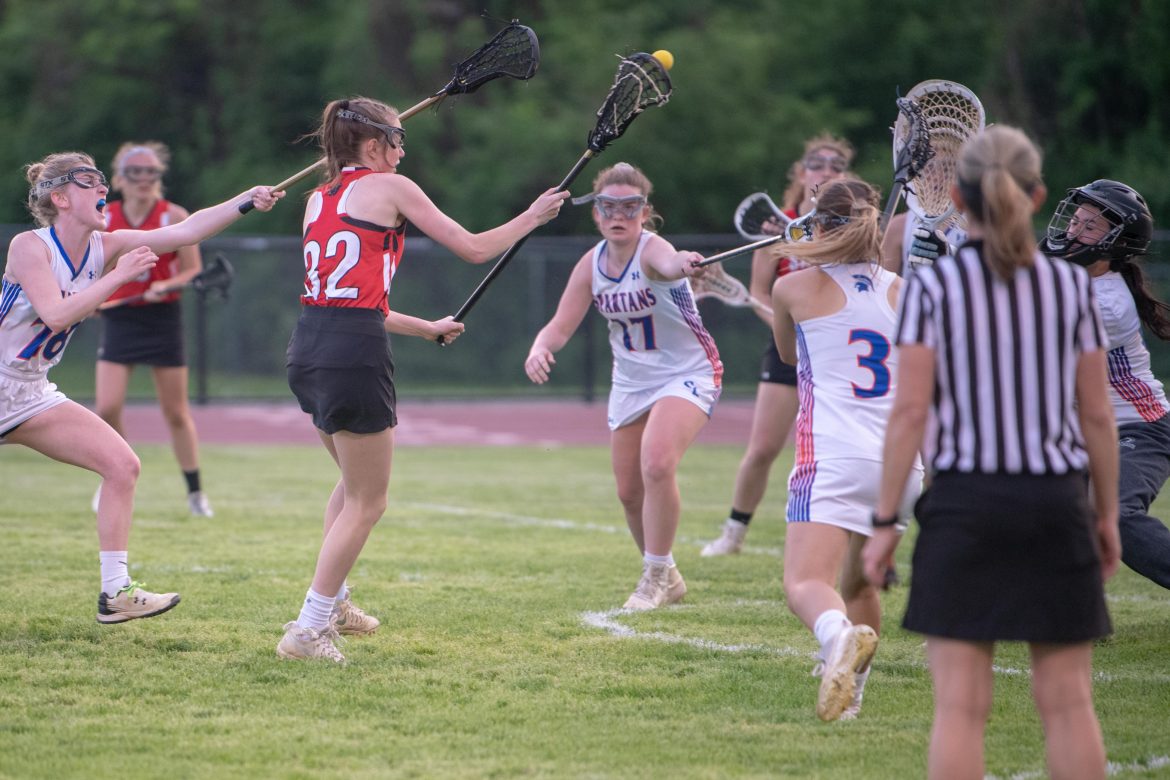 Siobhan Coakley of Saucon Valley sticks the final nail into the Spartan coffin.

Donahue’s score triggered a three-goal run by Saucon Valley.  Katherine Naiburg assisted Camryn Zavacky at the 7:09 mark and Katie Marker was credited with setting up Siobhan Coakley’s score.  With 4:54 remaining in the game Saucon led 10-5.

Southern Lehigh lit the scoreboard with just over two minutes remaining, but the Panther attempt to play “keep-away” from the Spartans down the stretch was successful.  Saucon Valley defeated Southern Lehigh by a 10-6 final score.  It was the second time this season the Panthers got the best of the Spartans. 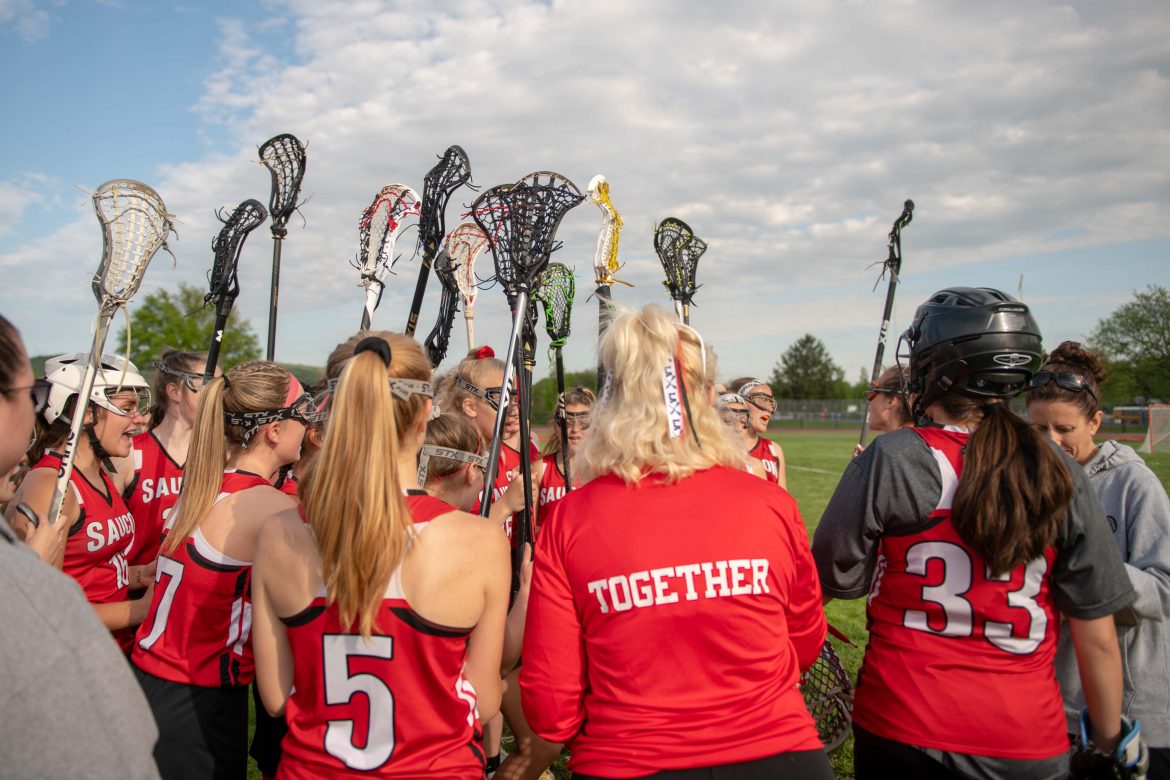 It was another fantastic Team victory for the Saucon Valley Panthers.

UP NEXT:  Saucon Valley (14-1) is set for their final regular season game of the 2019 season on Friday, May 10 against Danville. This contest will feature “Senior Night” and is scheduled to start at 4:30 p.m. 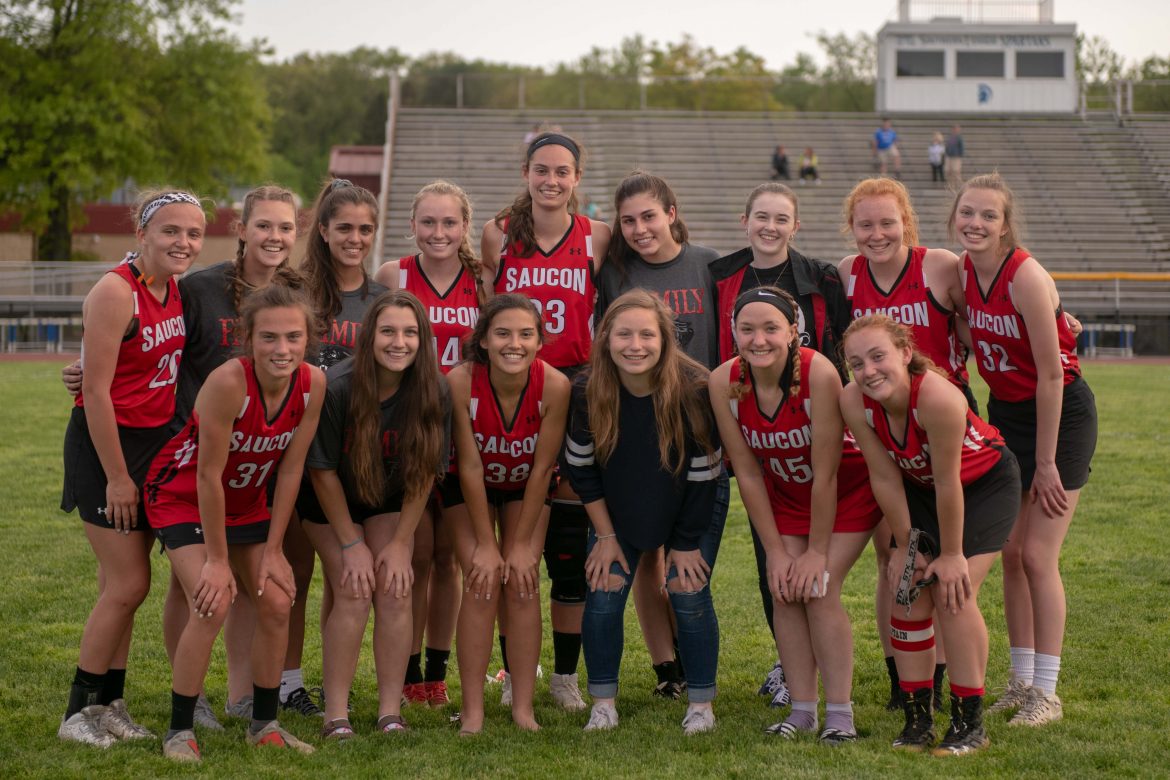 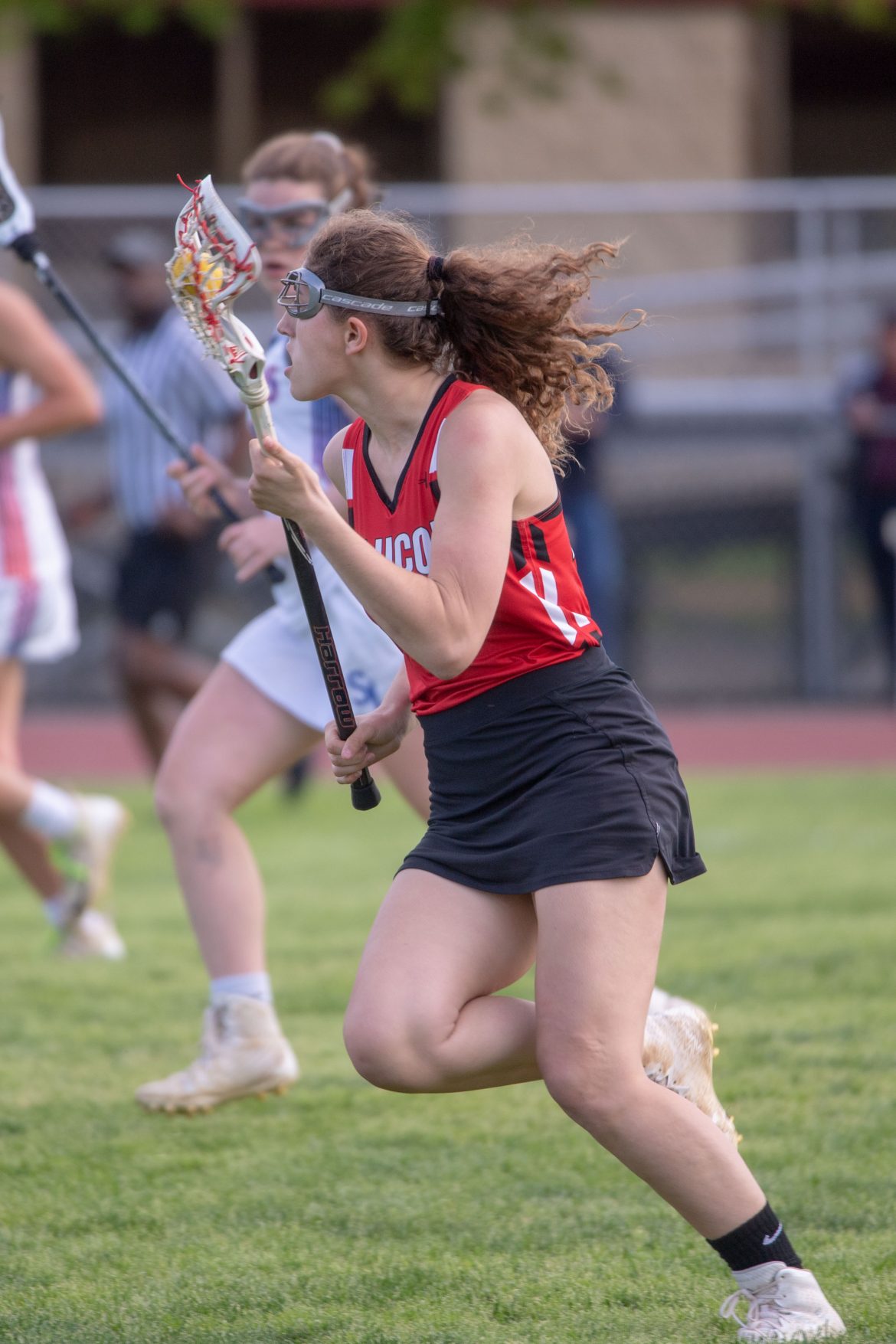 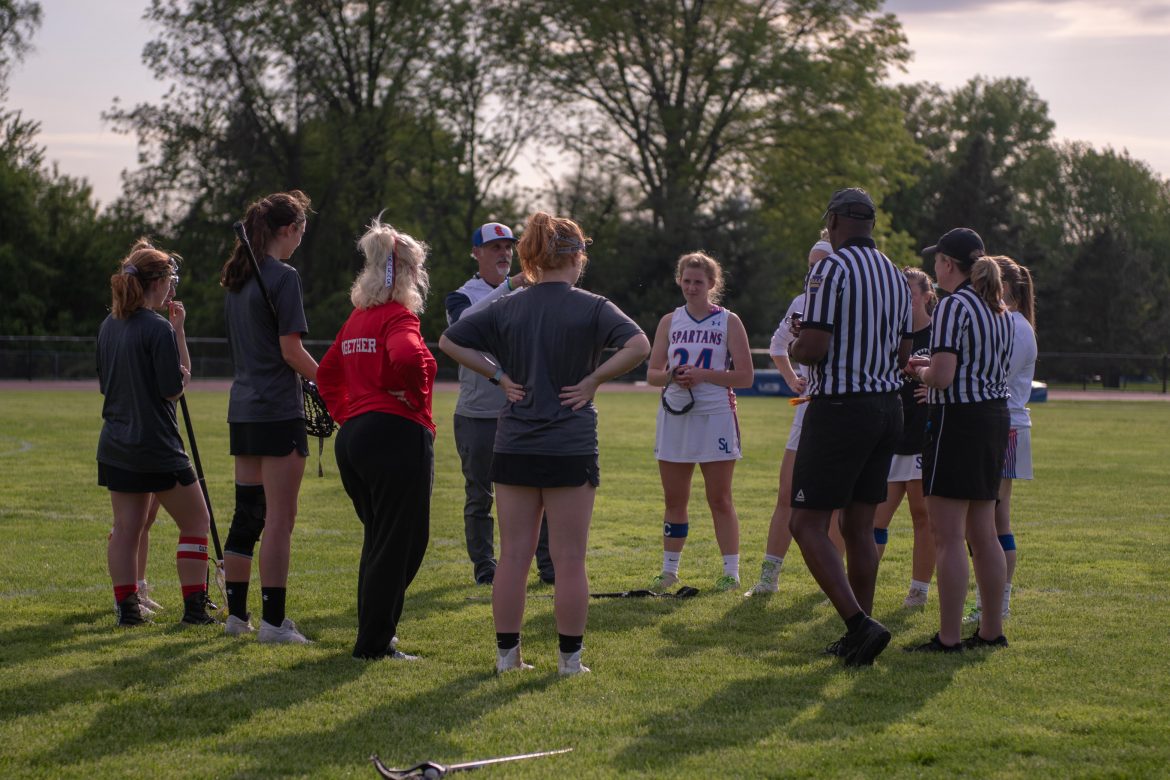 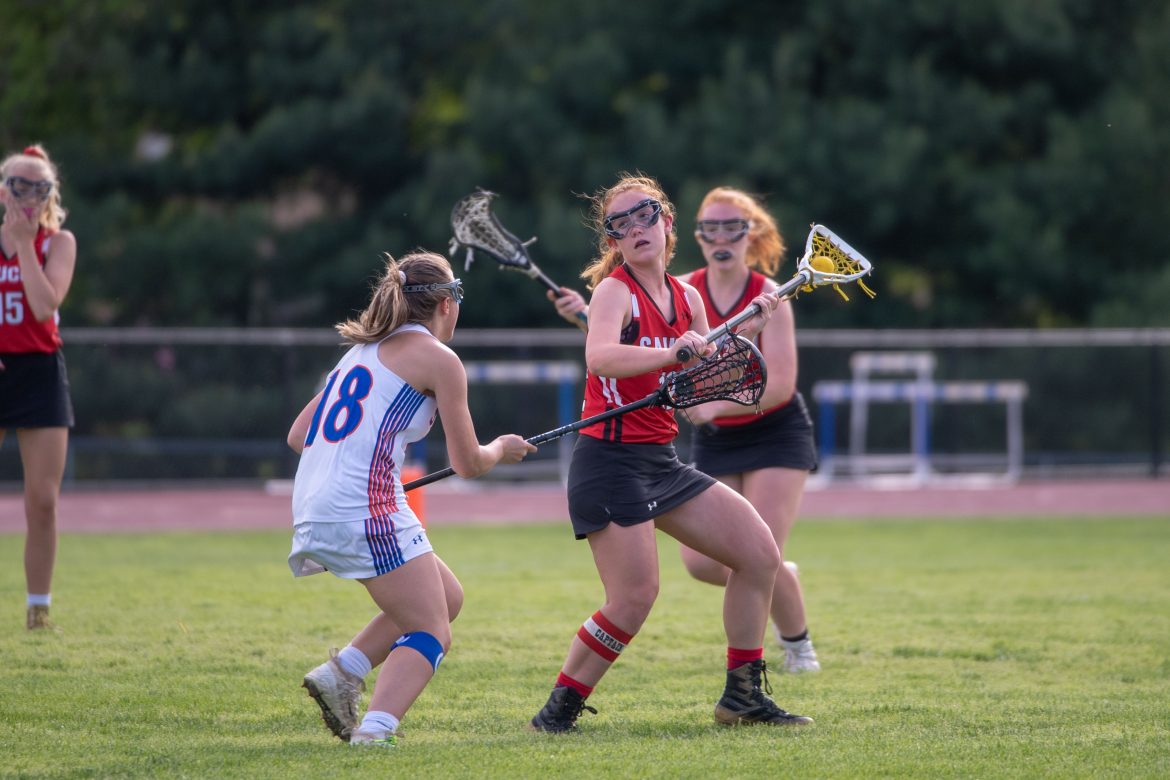 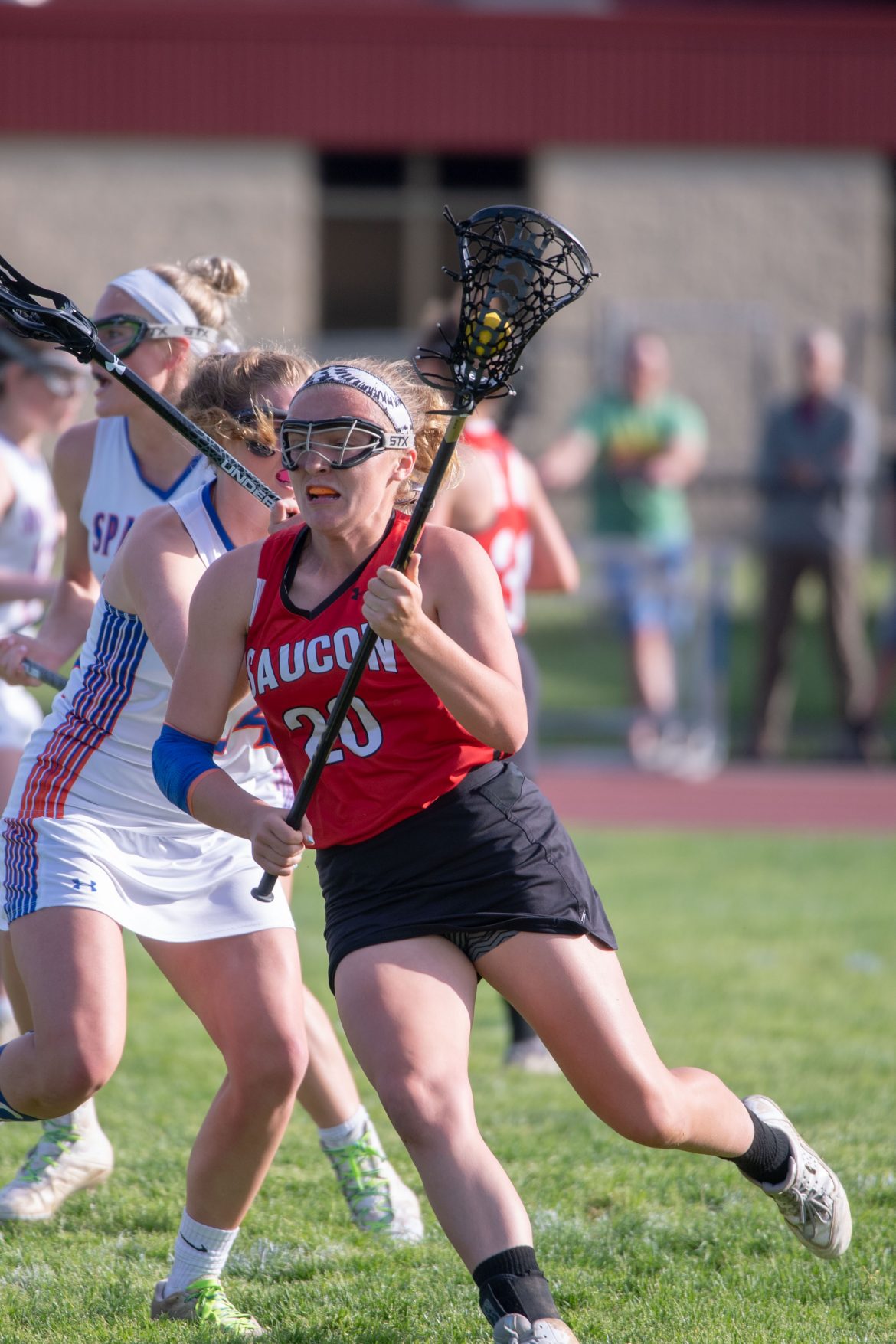 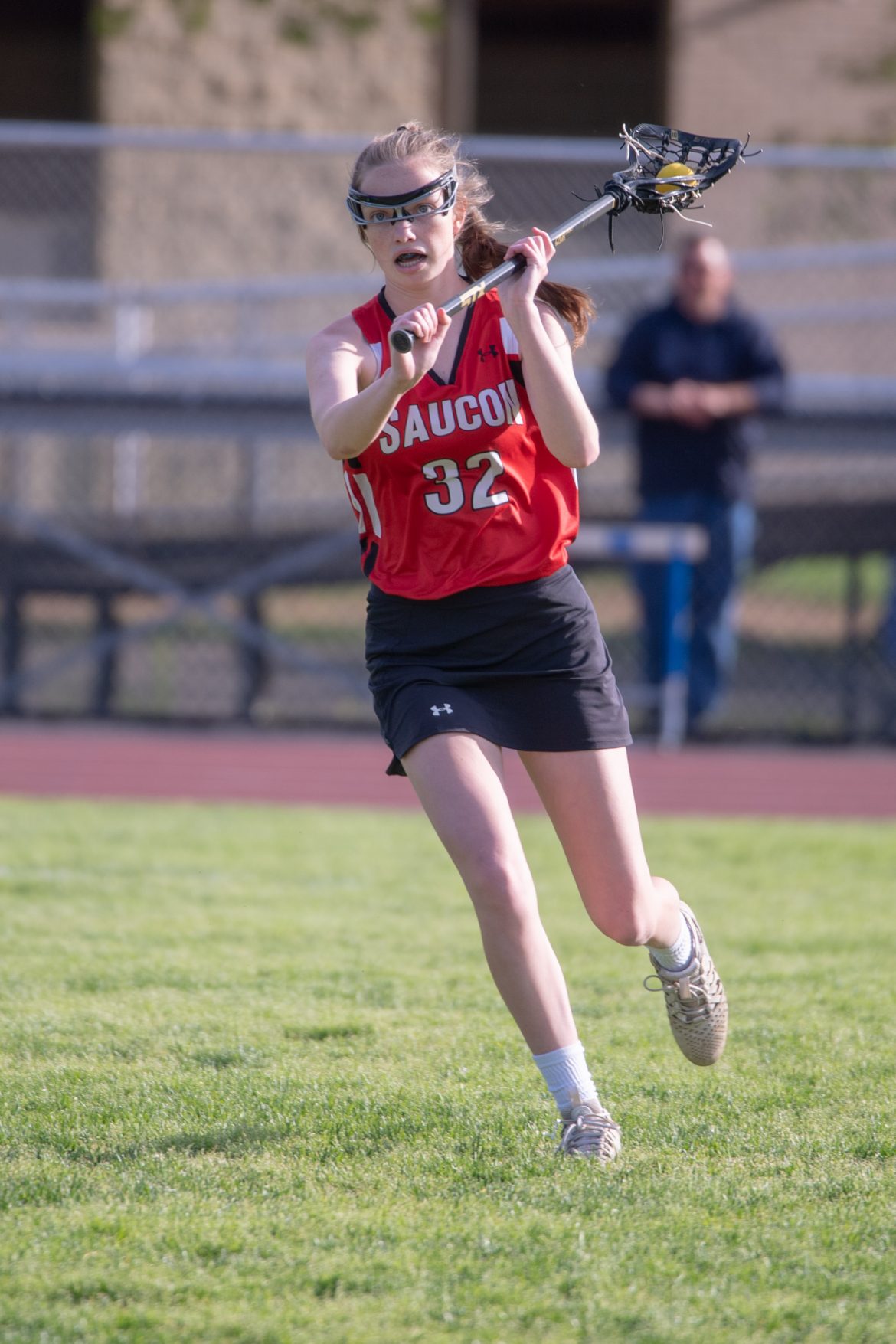 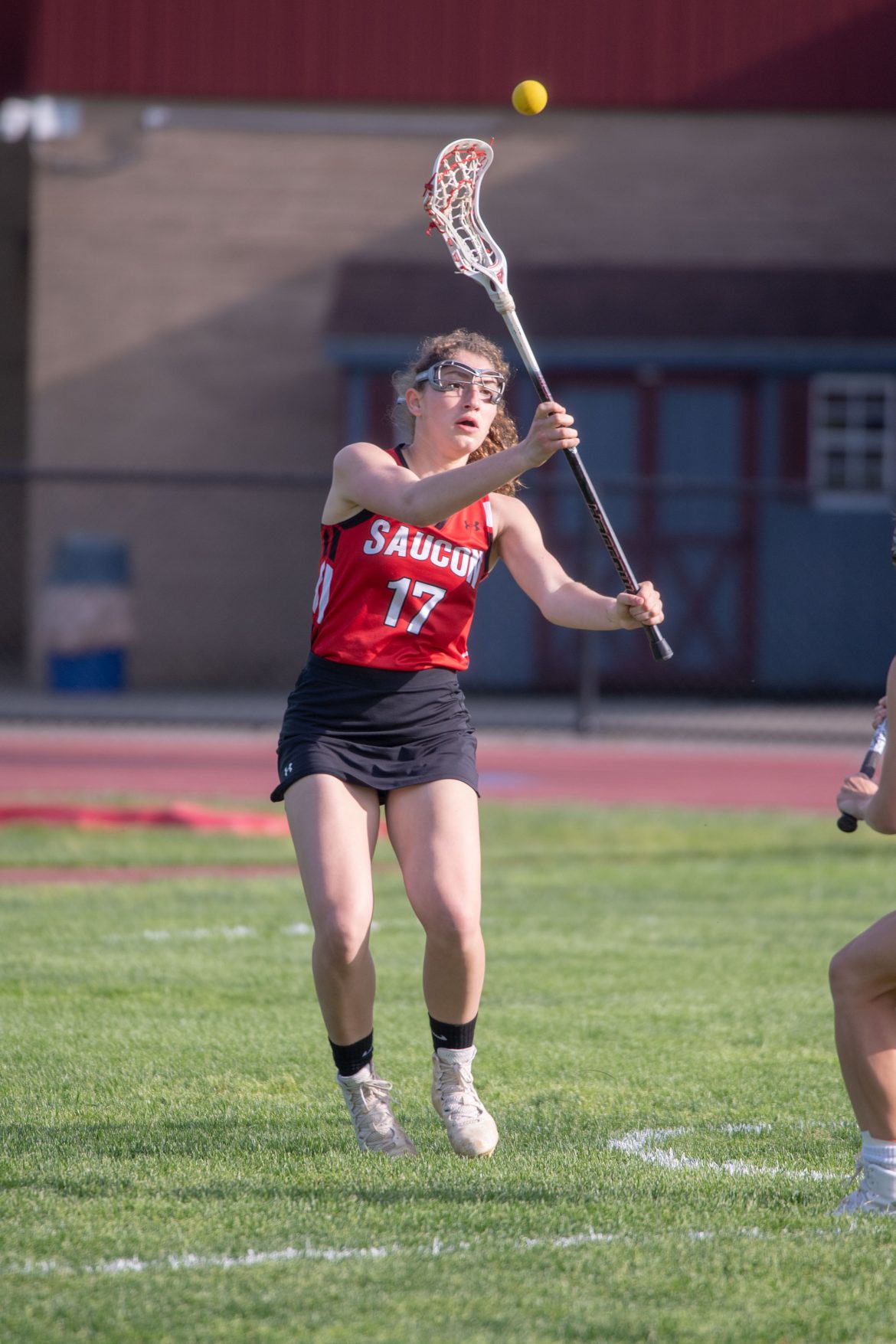 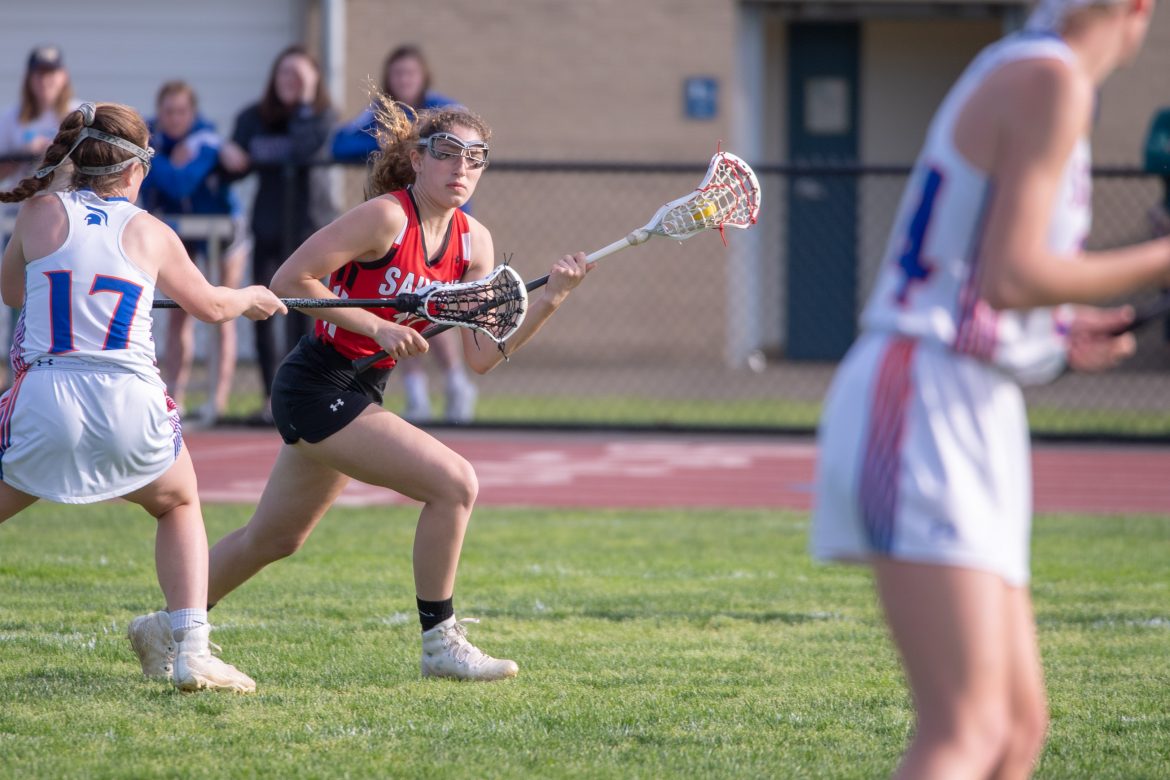 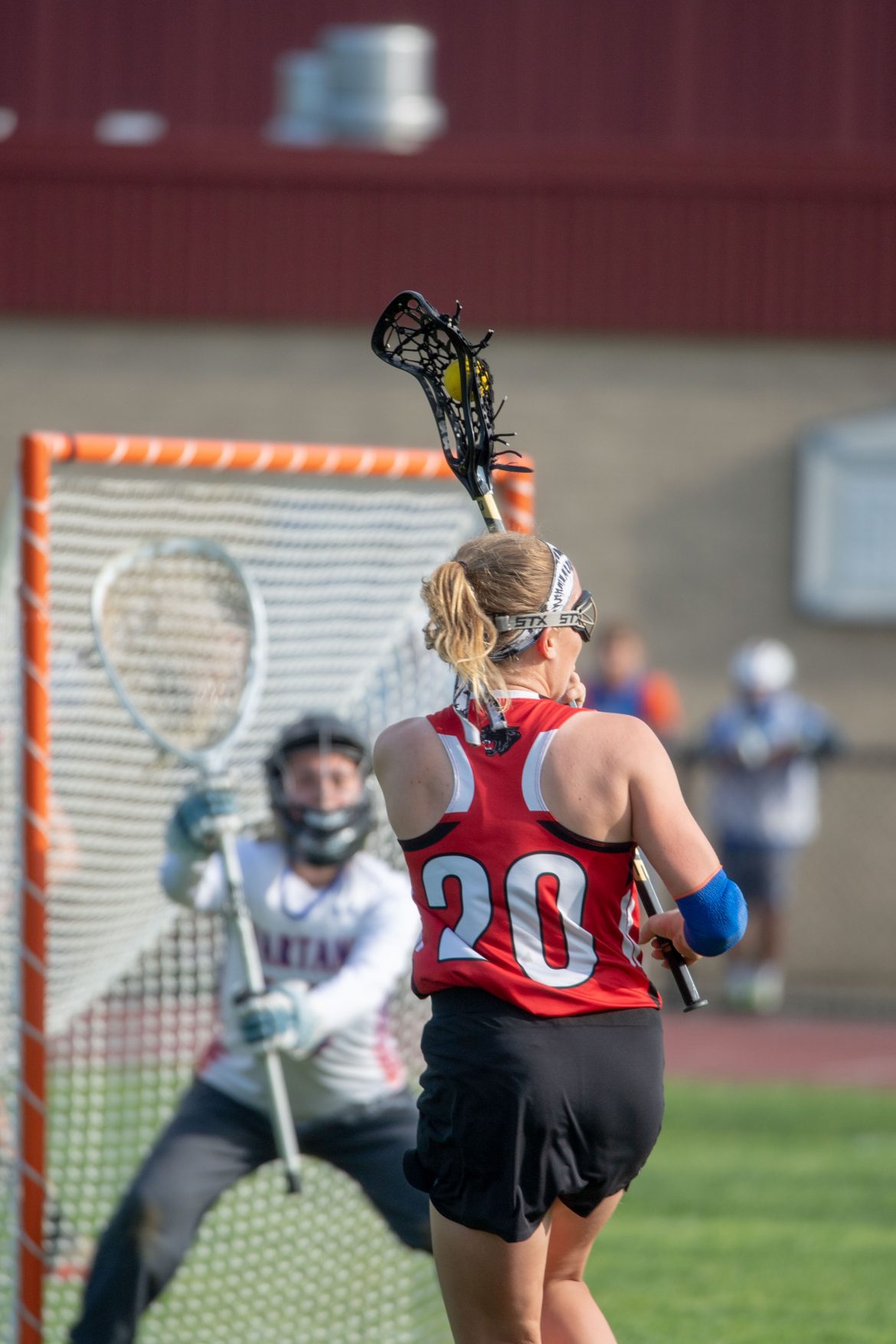 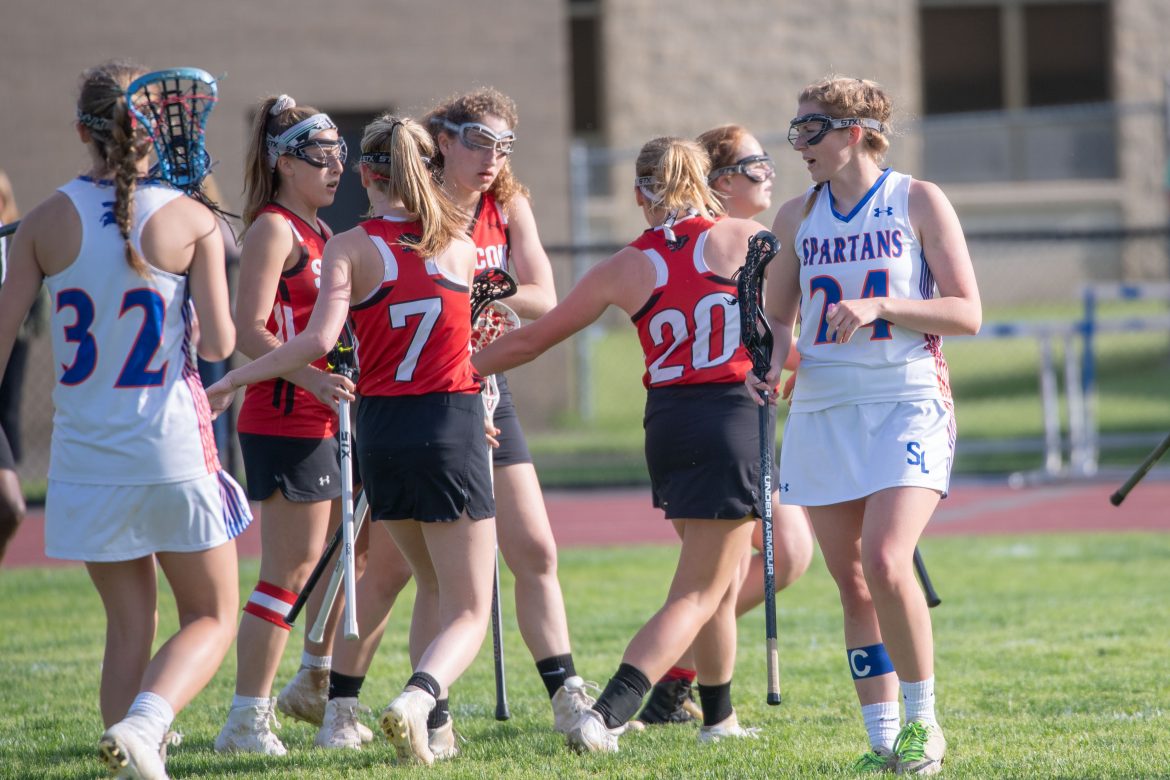 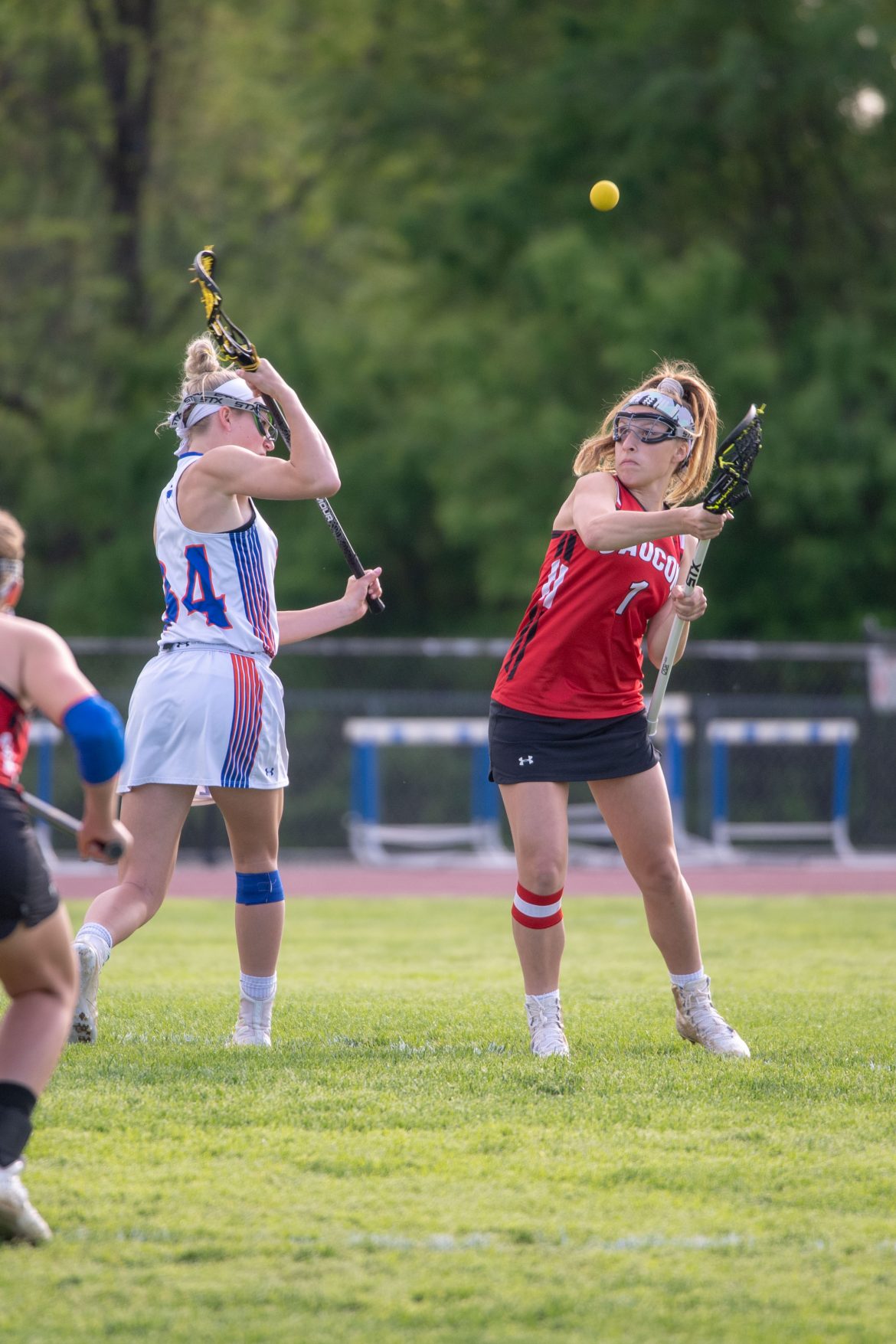 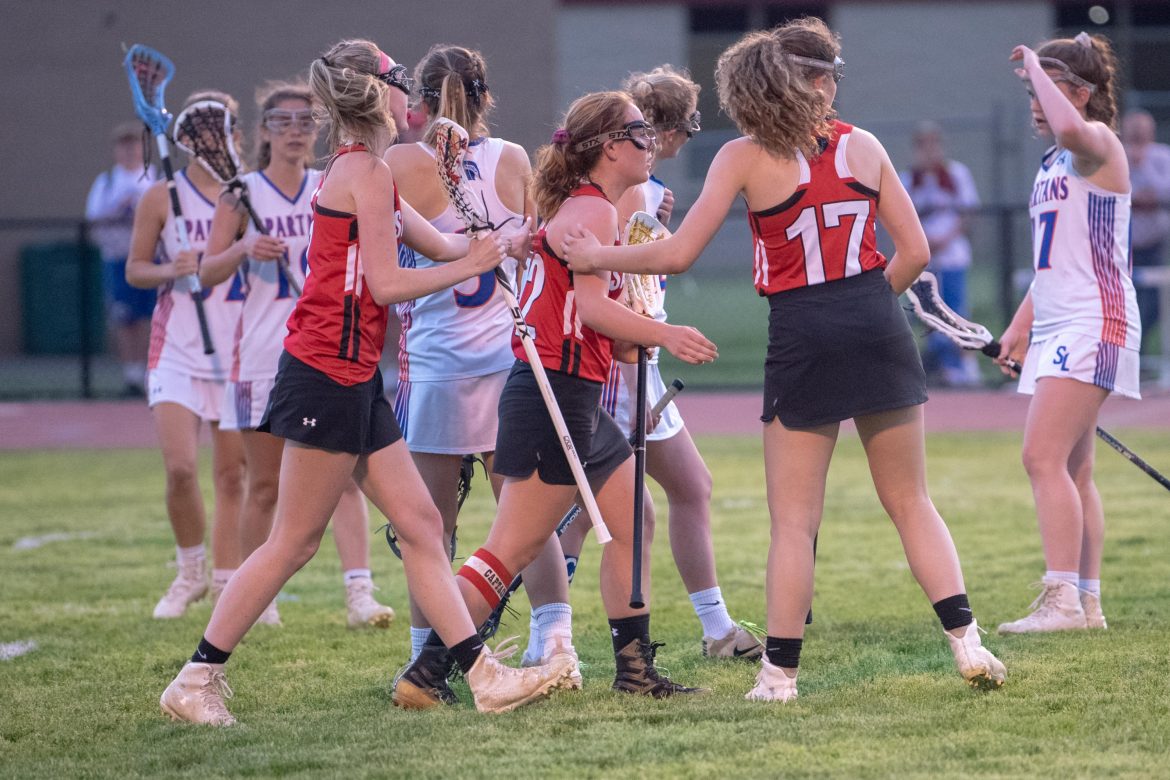 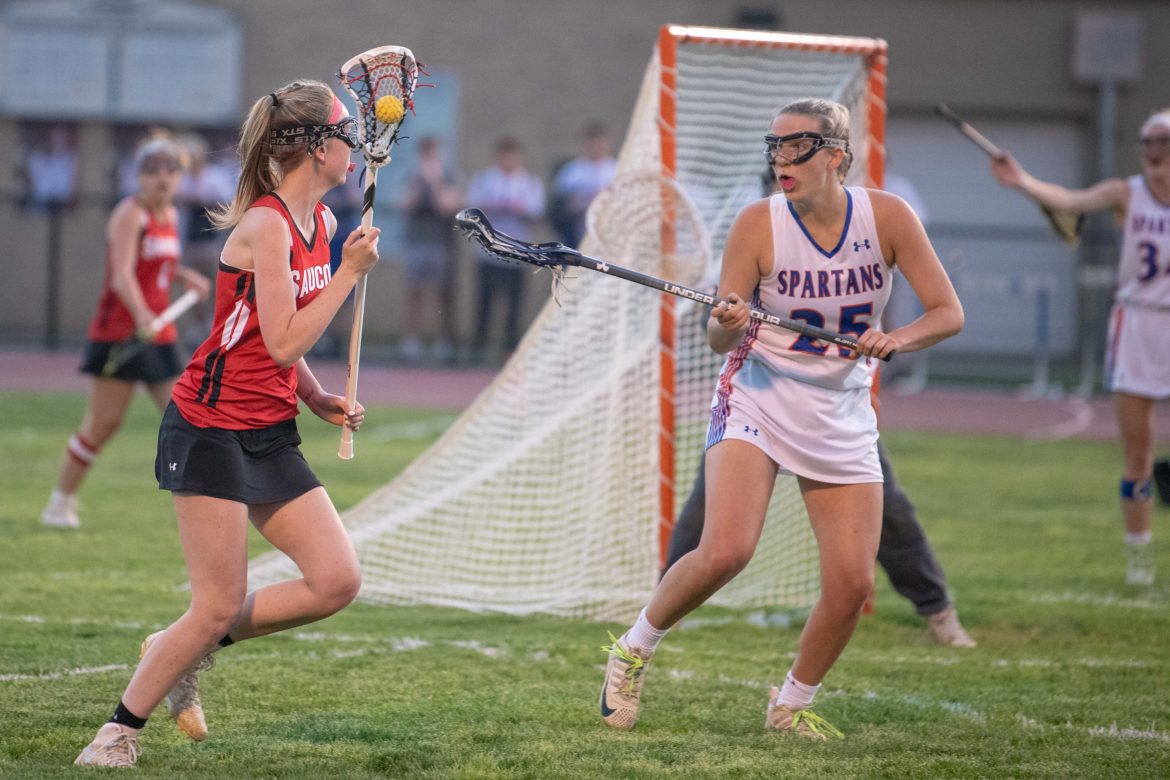 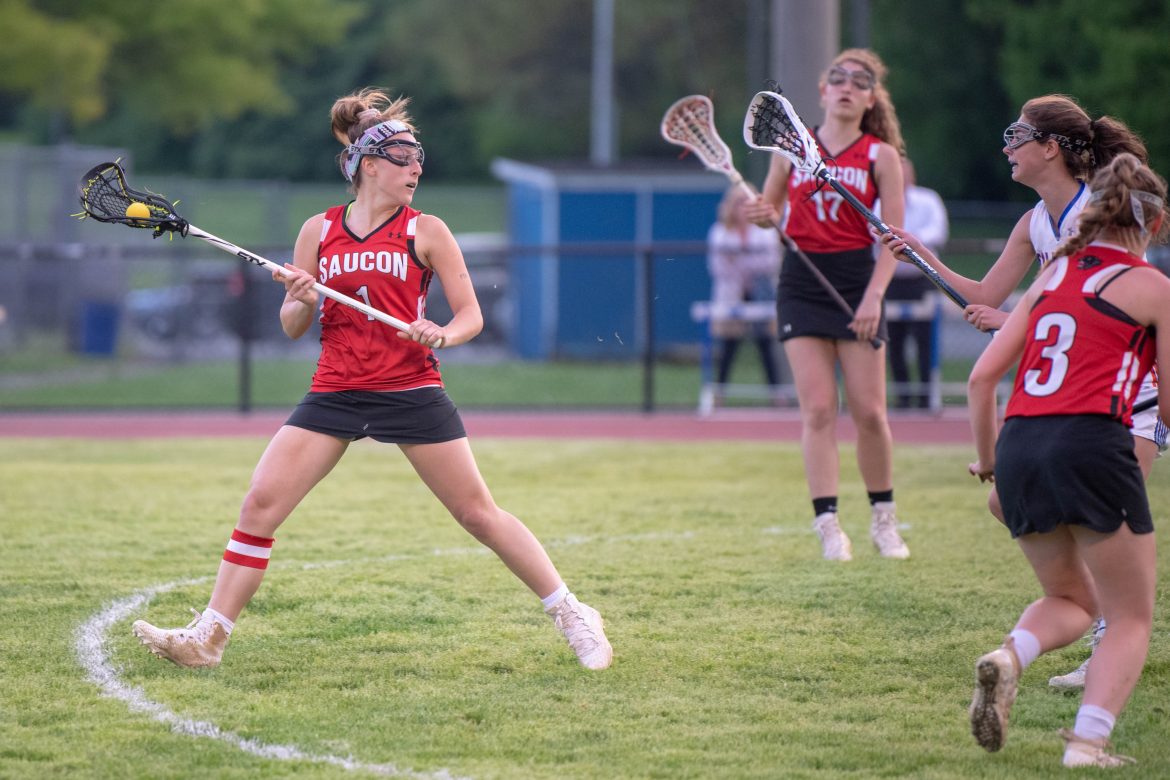 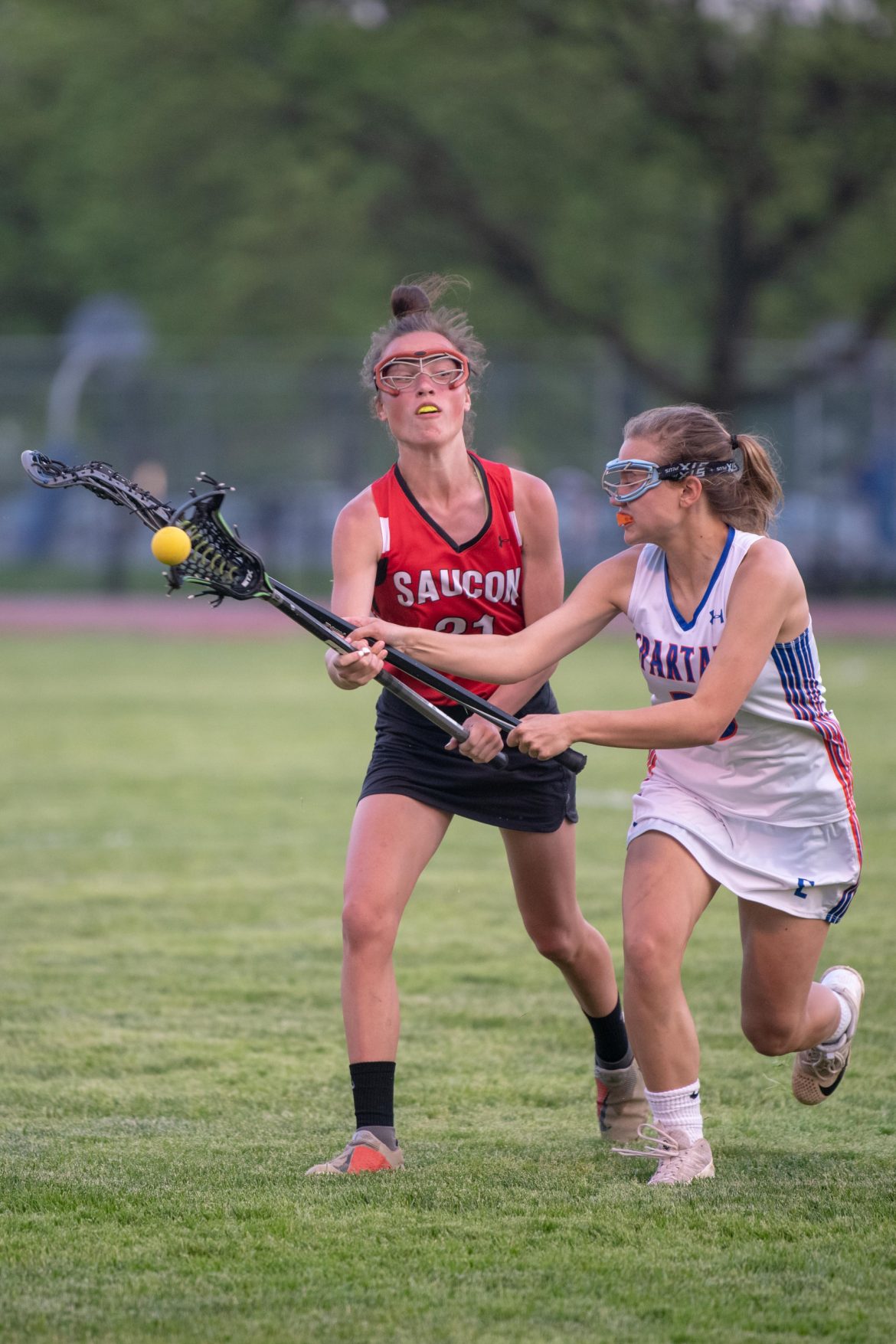 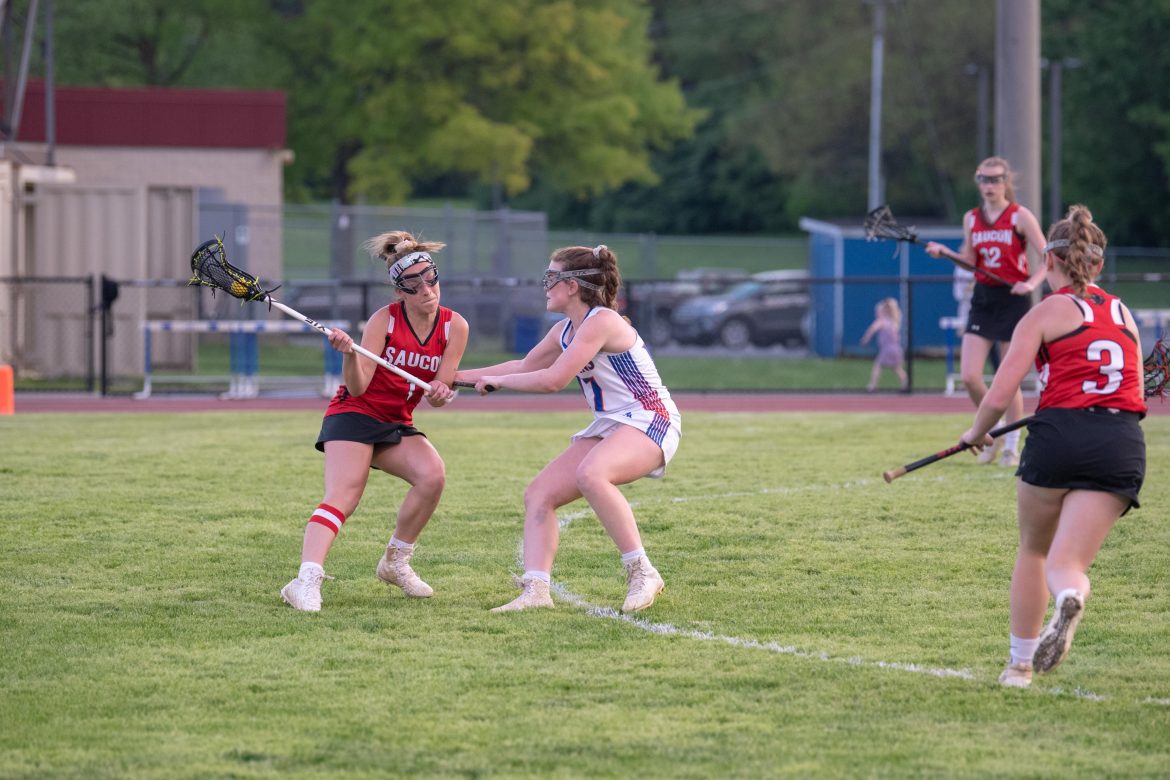 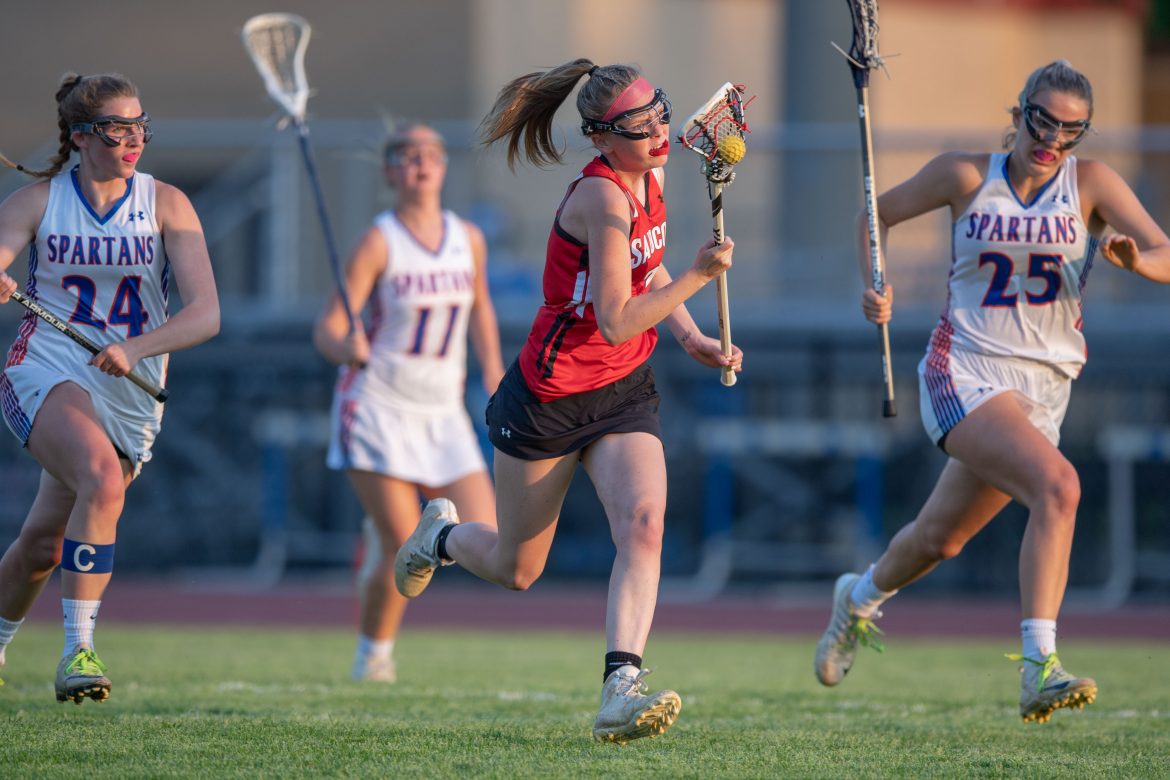 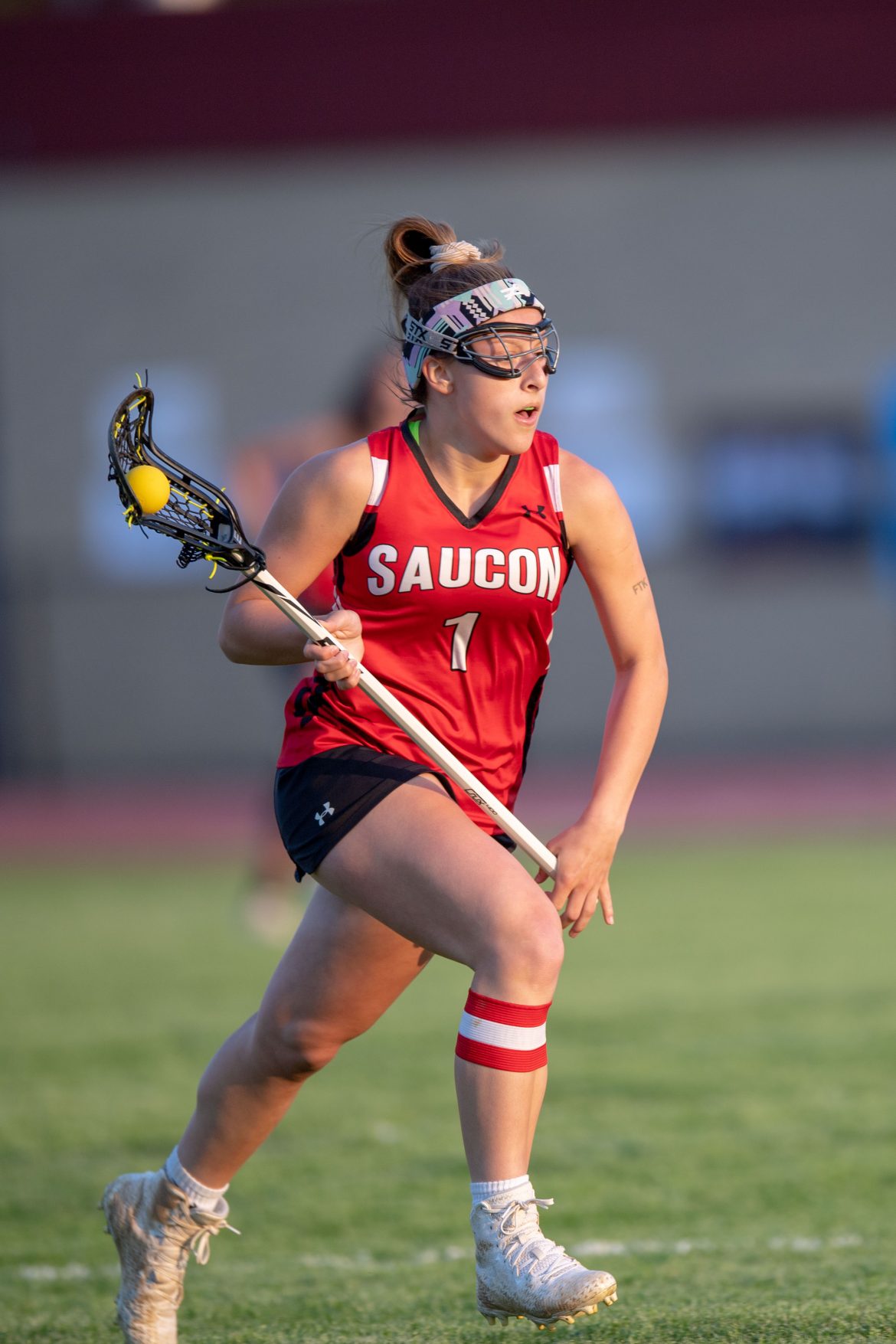