A rare tornado in Upper Bucks County was confirmed by officials from the National Weather Service late this week.

According to information released Thursday, the EF1 tornado achieved a maximum wind speed of 95 mph during the brief time it touched down over the Beaver Valley Campgrounds in rural Tinicum Township Sunday, shortly before 10 p.m. 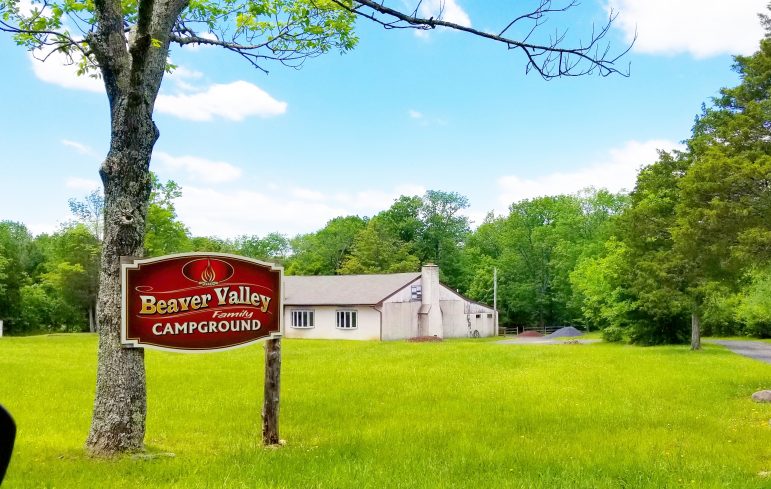 The entrance to Beaver Valley Campgrounds in Tinicum Township Bucks County, as it appeared Friday, five days after an EF1 tornado with 95 mph winds uprooted trees and caused enough to damage to prevent the campground from opening for Memorial Day weekend.

The campgrounds are located at 80 Clay Ridge Road, Ottsville, or about two miles west of the Delaware River (approximately 16 miles southeast of Hellertown), and the business has been posting updates about the storm on its Facebook page.

Due to damage from the twister–which was confirmed by two surveyors from the National Weather Service’s Mount Holly, N.J., office–the campground will be closed Memorial Day weekend, according to a Facebook post published Monday.

“We are so sorry about this, but we will not be able to have things cleaned up and restored by then,” the author of the post wrote.

A video shot from above Thursday by CBS3 Philadelphia’s news helicopter shows some of the extensive tree damage that occurred at Beaver Valley., and on Thursday there were signs of wind damage to trees in the woods along Clay Ridge Road near the campground. 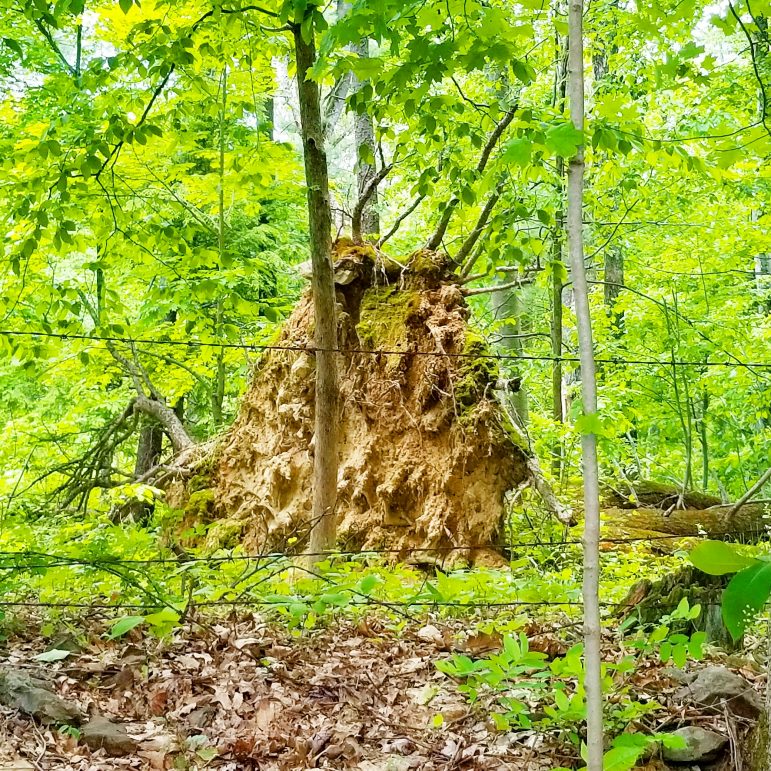 An uprooted tree in the woods by Beaver Valley Campgrounds in Tinicum Township, Bucks County.

The sound of a chainsaw was audible in the distance.

According to the Enhanced Fujita scale, an EF1 tornado is classified as a “weak” twister with maximum wind speeds of between 86 and 110 mph.

The lowest EF classification for a tornado is an EF0, which has maximum wind speeds of 65 to 85 mph.

“The tornado tracked from southwest to northeast across the property for approximately one quarter of a mile with a maximum path width of about 100 yards,” the report released Thursday confirmed.

Meteorologists said the twister was on the ground for approximately one minute, and during that brief time uprooted dozens of trees.

“Several trees snapped in a manner consistent with tornadic winds,” the report said.

A study of the damage confirmed that the tornado reached its maximum width and intensity near the end of its path, “where three camping trailers were significantly damaged by fallen trees,” the National Weather Service concluded.

“Fortunately, no injuries were reported as a result of this tornado,” officials added.

The report noted that the information about the tornado is preliminary and subject to change, pending final review of the event and publication in the National Weather Service Storm Data record.

While tornadoes are a rare meteorological event in eastern Pennsylvania, they can and do occur from time to time, and typically tornado watches or warnings are issued for the Saucon Valley at least once a year.

The last confirmed tornado in Saucon Valley may have been in July 1890, when it was reported in the South Bethlehem Star newspaper that a tornado had struck Hellertown and caused the death of a 10-year-old boy.