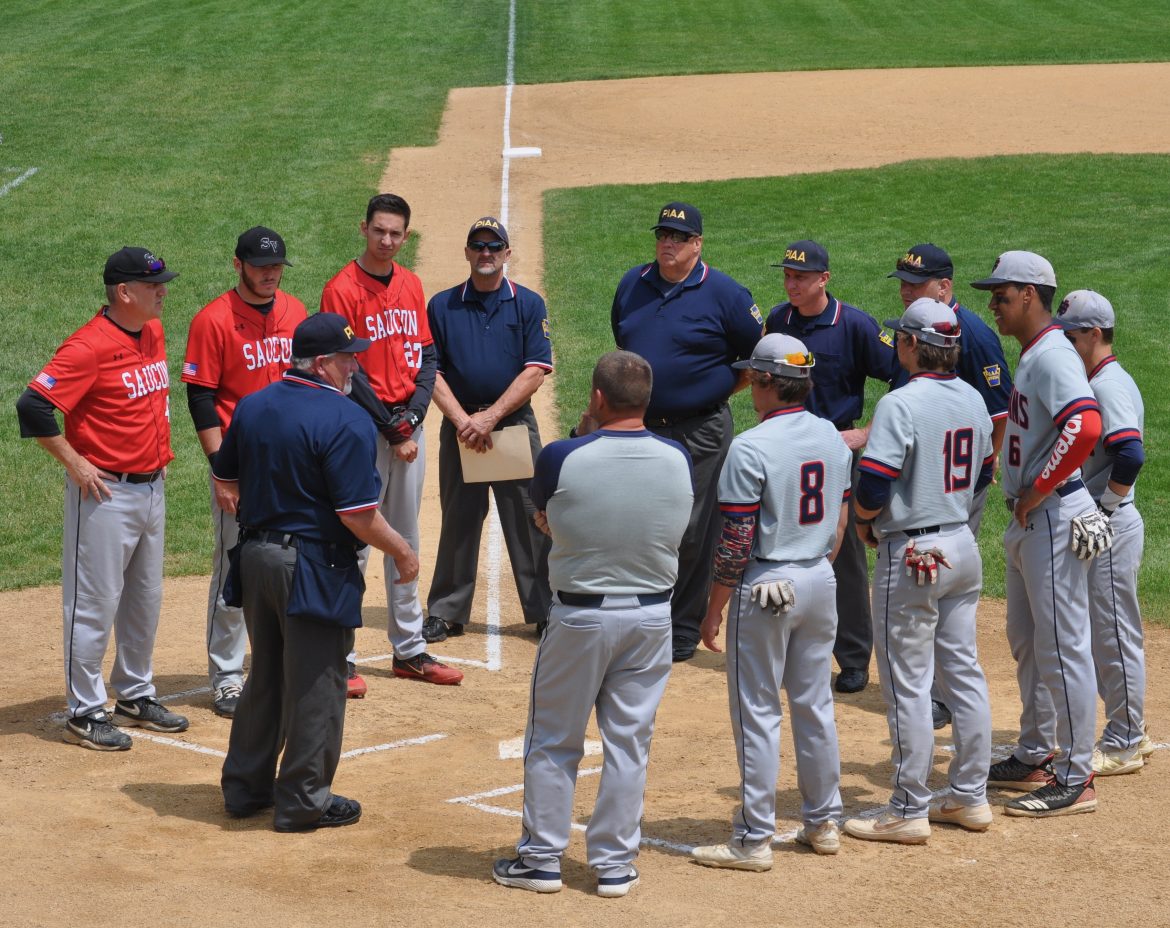 The Panthers and Spartans face off in the 2019 District XI semifinal.

Three days after defeating Allentown Central Catholic by a 4-3 score in the quarterfinals of the 2019 District XI playoffs, the Saucon Valley Panthers loaded the bus on Saturday and travelled to Pine Grove for a neutral site battle with the North Schuylkill Spartans in the semifinal round.  The Spartans, who are out of the Schuylkill League, are the #1 seed with a 17-2 record. Saucon came into this matchup as the #4 seed with a 14-7 record. 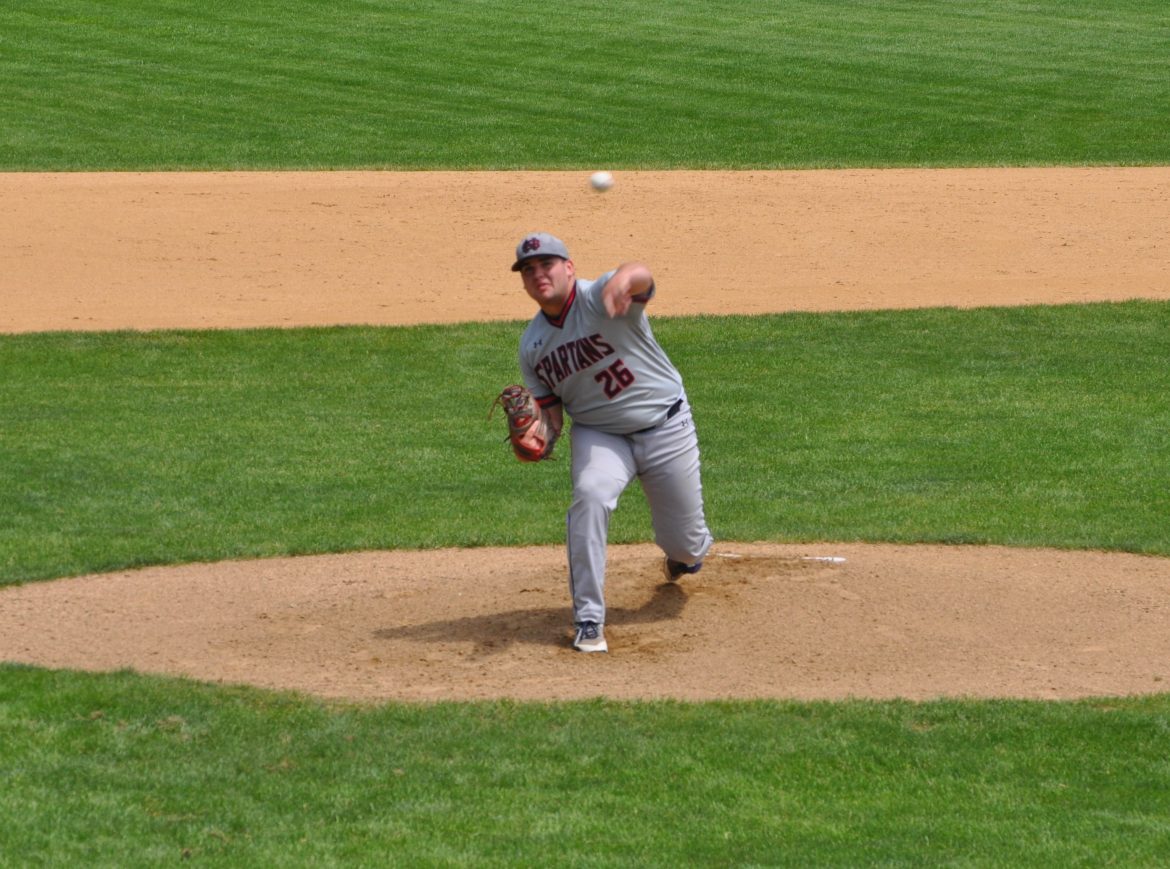 Perhaps more popularly known as a Schuylkill League all-star defensive tackle on the football field, Jake Green is also unbeaten this season on the mound.

Saucon Valley batted first at Walter Stump Stadium and faced North Schuylkill’s Jake Green who took the mound for the Spartans.  Green, a lefty junior who is listed at 6’0″, 278, has earned a 7-0 record as a starting pitcher so far this season.  Beyond second baseman Brandon Binn’s infield single, Green seated three of the first four batters he faced.  It seemed as the top half of the inning was a feeling out process for the Panther offense. 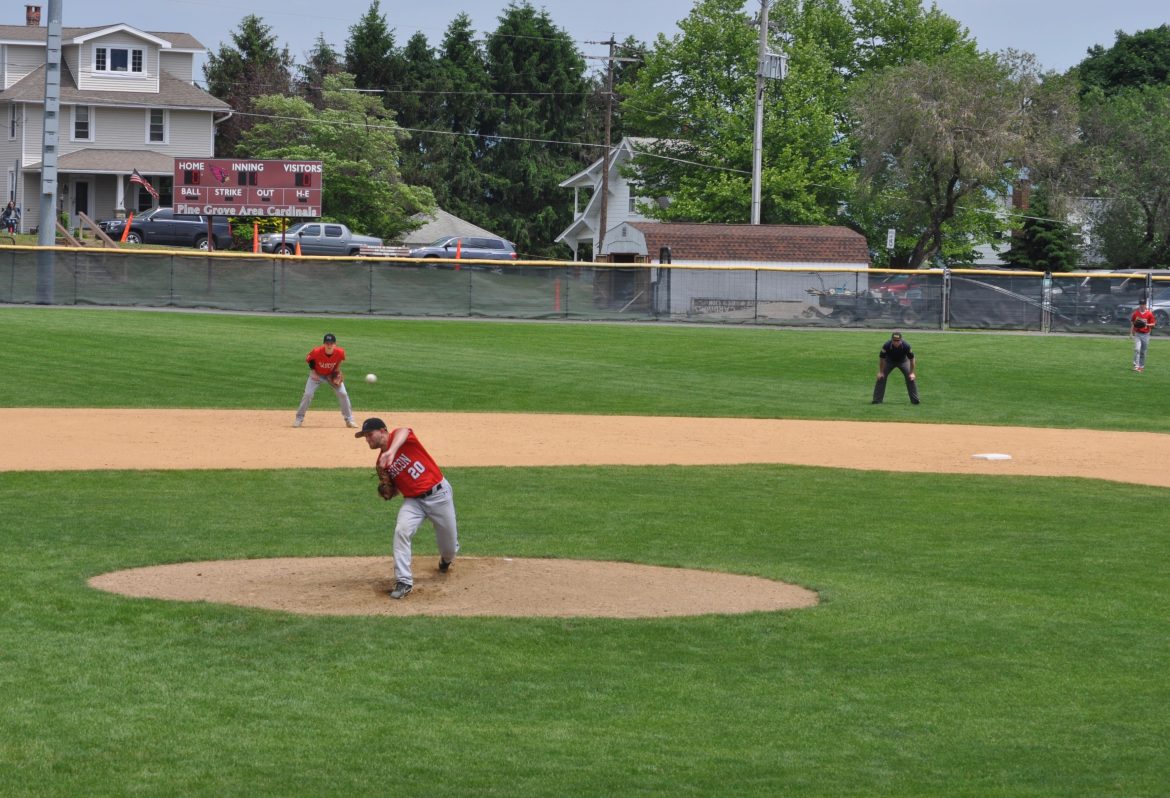 Jared Thatcher got the start for the Panthers in the 2019 District XI semifinal.

When the Panthers took the field senior Jared Thatcher (3-2) got the start for Saucon against the mighty Spartans. Having scored ten runs or more in half of their games this season the Spartans wasted little time getting runners on base. A leadoff single followed by a walk put the Panthers in a little hole early in the game.  Thatcher, however, was able to strike-out Spartan first baseman Reggie Crawford who has interest from a few Major League Baseball teams.  With work yet to do, Thatcher and the Panthers were able to get out of the inning when third baseman Austin Strunk swallowed up a sharply hit ground ball, stepped on third base for the force and quickly threw to first base to turn a double- play.  The Panthers and Spartans were scoreless after one inning of play. 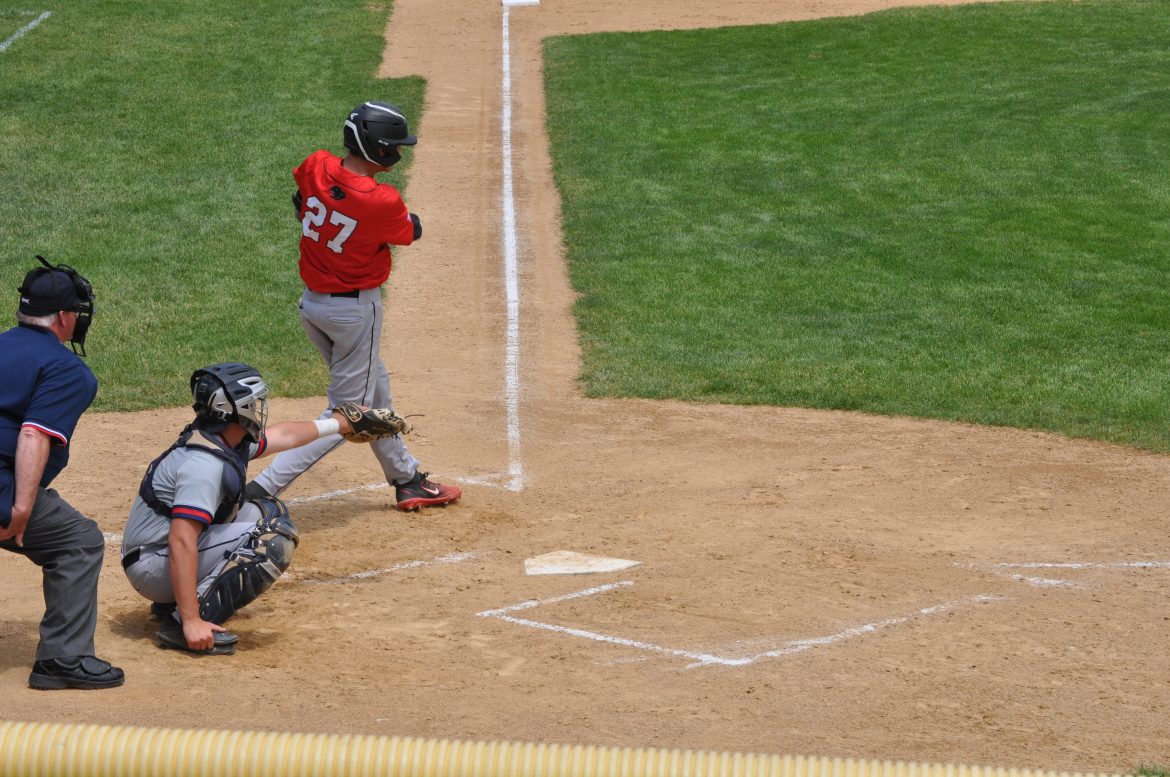 Nick Millets (#27) started the second inning off for the Panthers in the District XI semifinal.

First baseman Nick Millets led off the top half of the second inning with a walk. Green then struck out the next two Panther batters. With two outs shortstop Kevin Schoch  advanced Millets and reached base on a sky-high fly ball that the wind blew from foul to fair territory and proved too tough for the Spartan catcher to track.  But, Panther right fielder, Justin Kyra, grounded out to end any Saucon Valley threat. 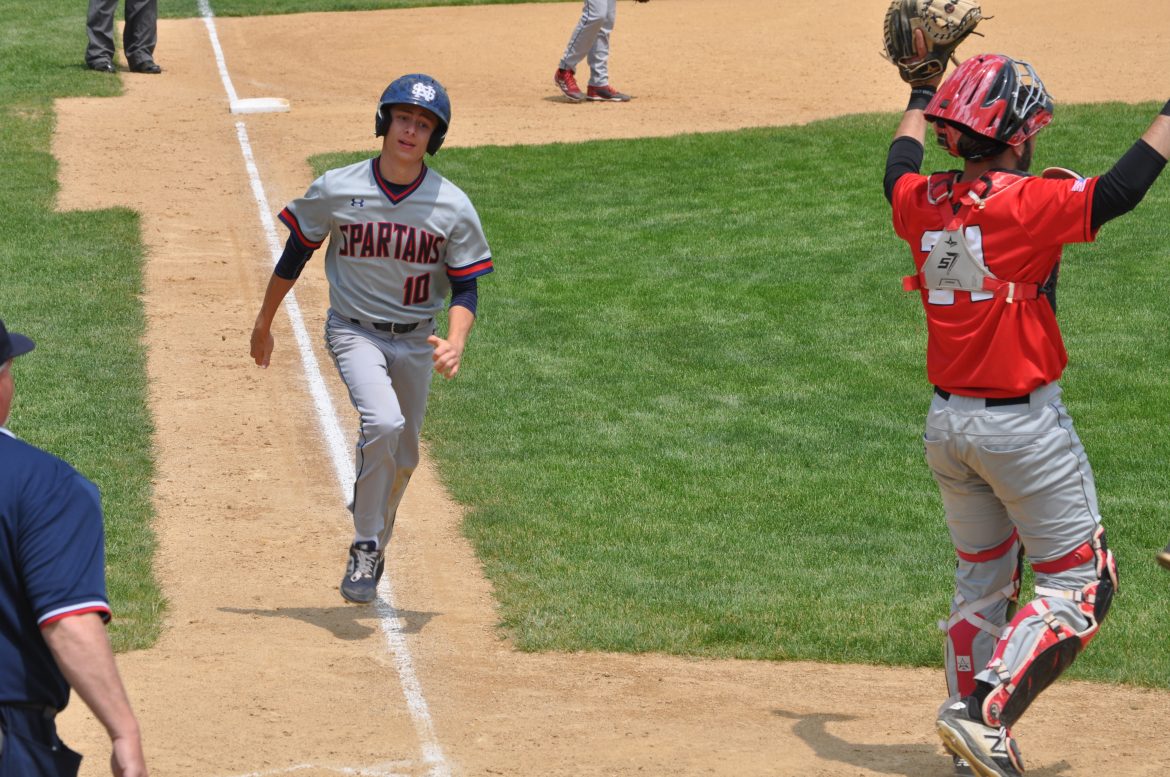 During a two-out rally North Schuylkill pushed six runs across the plate against the Panthers.

The bottom half of the second inning started out promising for the Panthers as Thatcher sandwiched a walk between a strikeout and a fly-out to centerfield.  However, with the Spartan bats coming to life and the Panther defense suddenly shaken and error-plagued, Saucon Valley coach Gary Laub brought Steven Hlavinka to relieve Thatcher.  Hlavinka stepped up and forced a Spartan fly-out to end the inning.    However, North Schuylkill’s offensive explosion led the Spartans to cashing in on a two-out rally that pushed six runs across the plate.

Saucon Valley answered with a run scored in the top of the third inning after Brandon Binn capitalized on another infield single followed by a stolen base.  Jared Thatcher was credited with batting Binn in.  The Panthers got on the scoreboard but trailed 6-1. 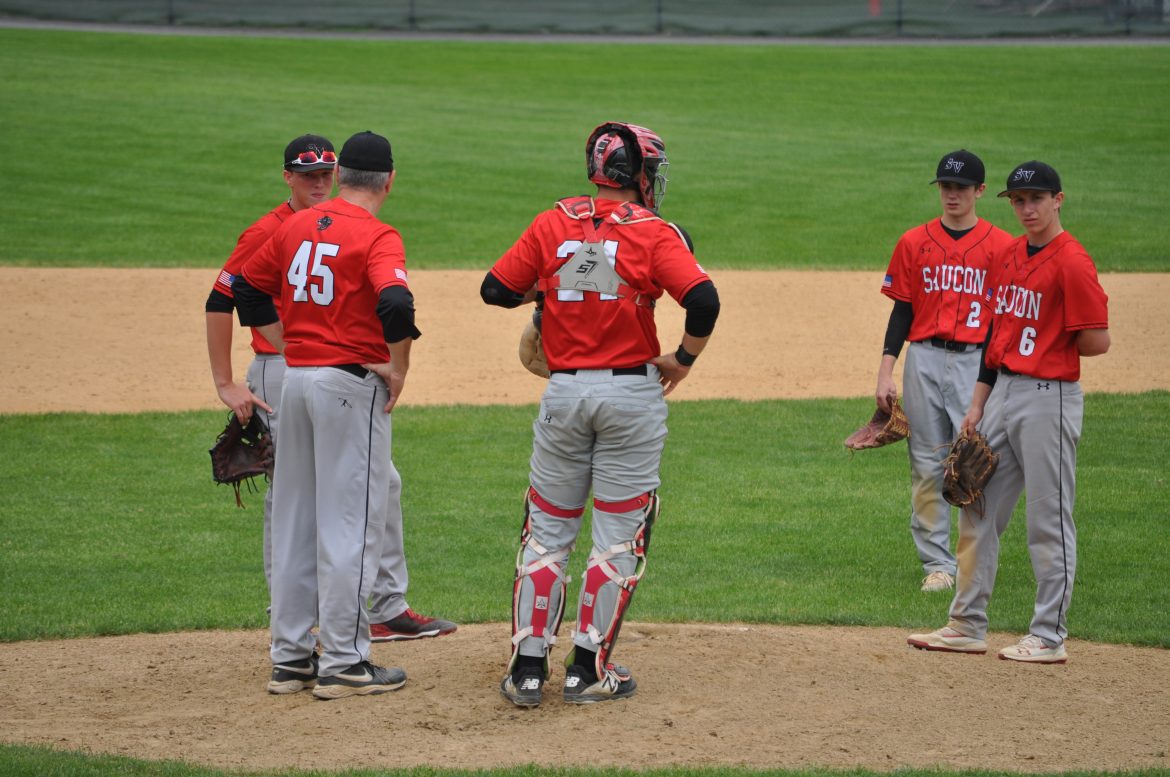 Coach Laub calls a Panther pow-wow at the mound to make another pitching change.

The North Schuylkill bats went right back to work and quickly manufactured another run that resulted from a walk followed by a hard-hit triple.  Coach Laub, once again, made the trip to the mound and called on Nick Millets to try and stop the bleeding.   However, the Panthers were on their heels and trailed 12-1 after three innings.

Austin Strunk and Kevin Schoch managed to get on base with a walk and a single, but the Panthers could not exploit the Spartans in the top of the fourth inning.

The Spartans, however, were able to add three more runs during the bottom half of the inning and extend their advantage to a 15-1 lead. 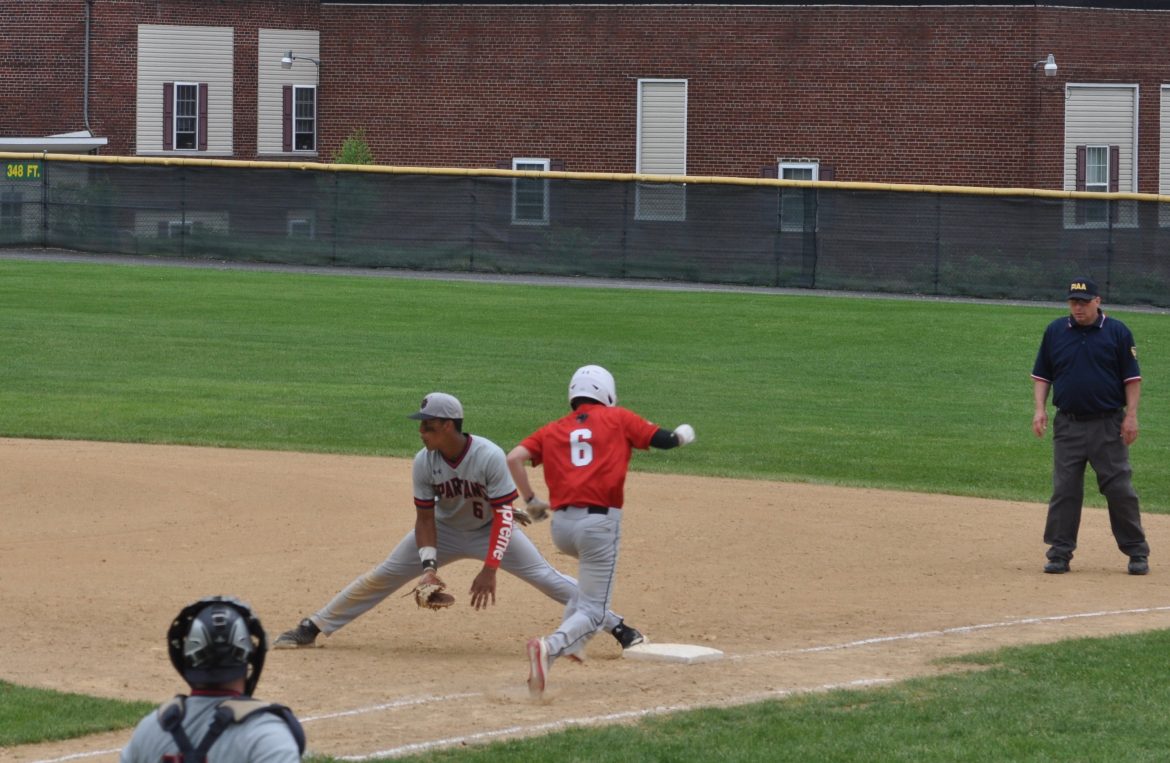 Saucon Valley’s Brandon Binn led off the fifth inning and legged-out another high chopper for his third infield hit of the game. But, the Panthers next three batters all went down in order.  Jared Thatcher, Patrick Morrissey and Nick Millets all hit the ball hard, but they could not find space within the Spartan defense.  The #1 North Schuylkill Spartans advanced to the District XI championship as they defeated the #4 Saucon Valley Panthers by a 15-1 score.

UP NEXT:  It was a solid season, but the Saucon Valley senior baseball players (Patrick Morrissey, Jared Thatcher, Ben Happel, Nick Millets, Nick Bloch, Justin Kyra) now say goodbye as their season is over and their high school baseball careers come to an end.  North Schuylkill advances to play the Northwestern Lehigh Tigers tomorrow (3 p.m.) in the District XI championship at Pottsville.

Great job Panthers, the Source is with you! 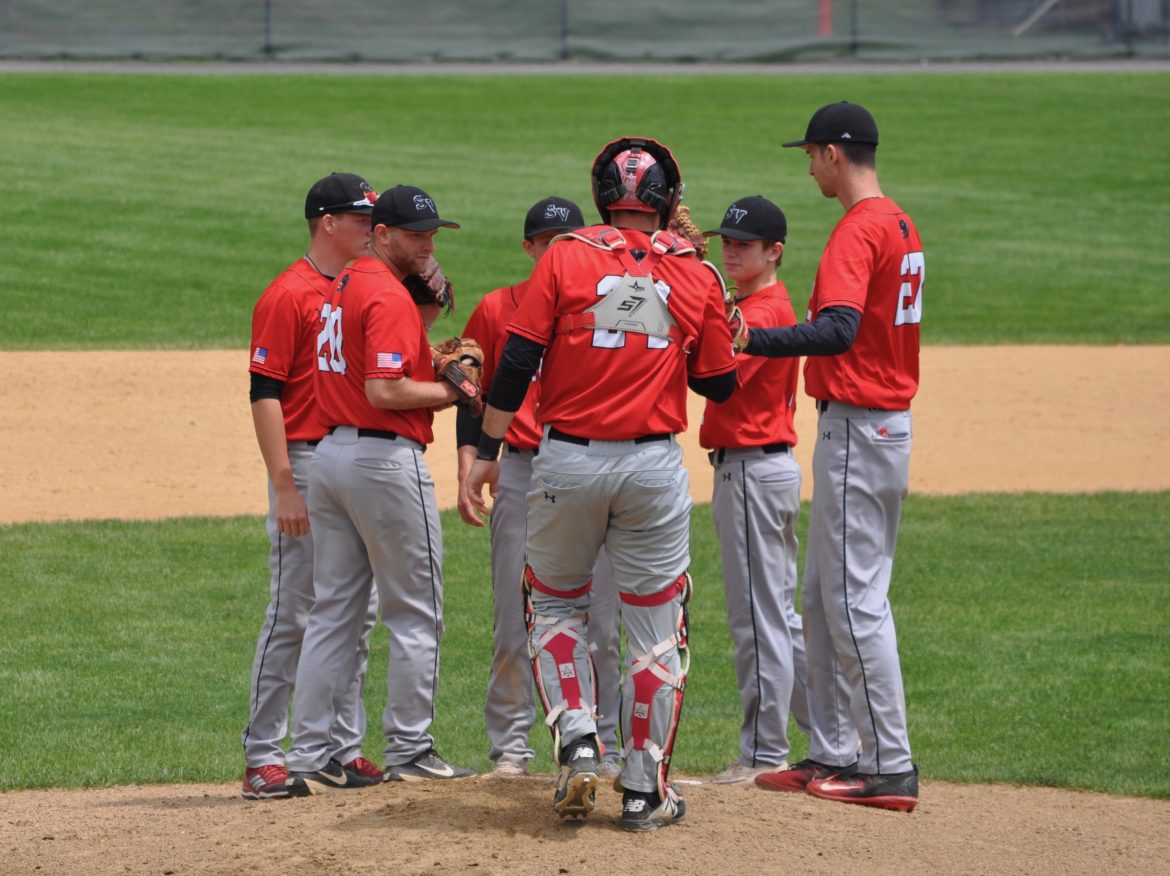 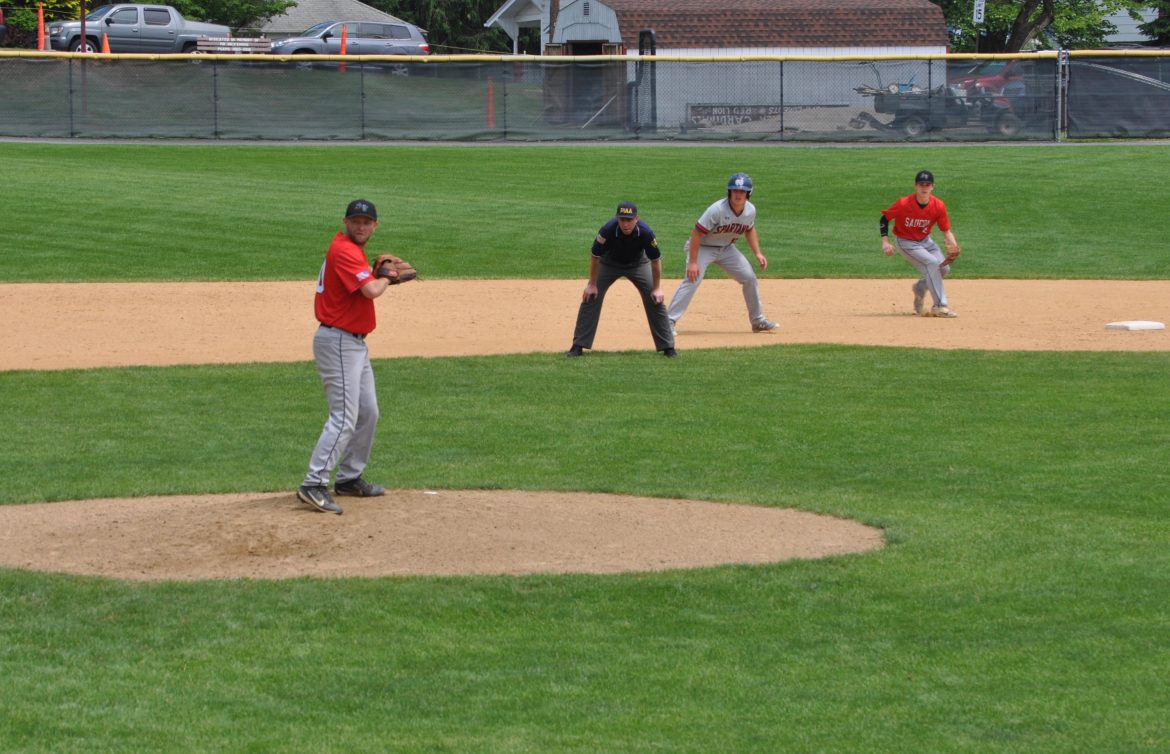 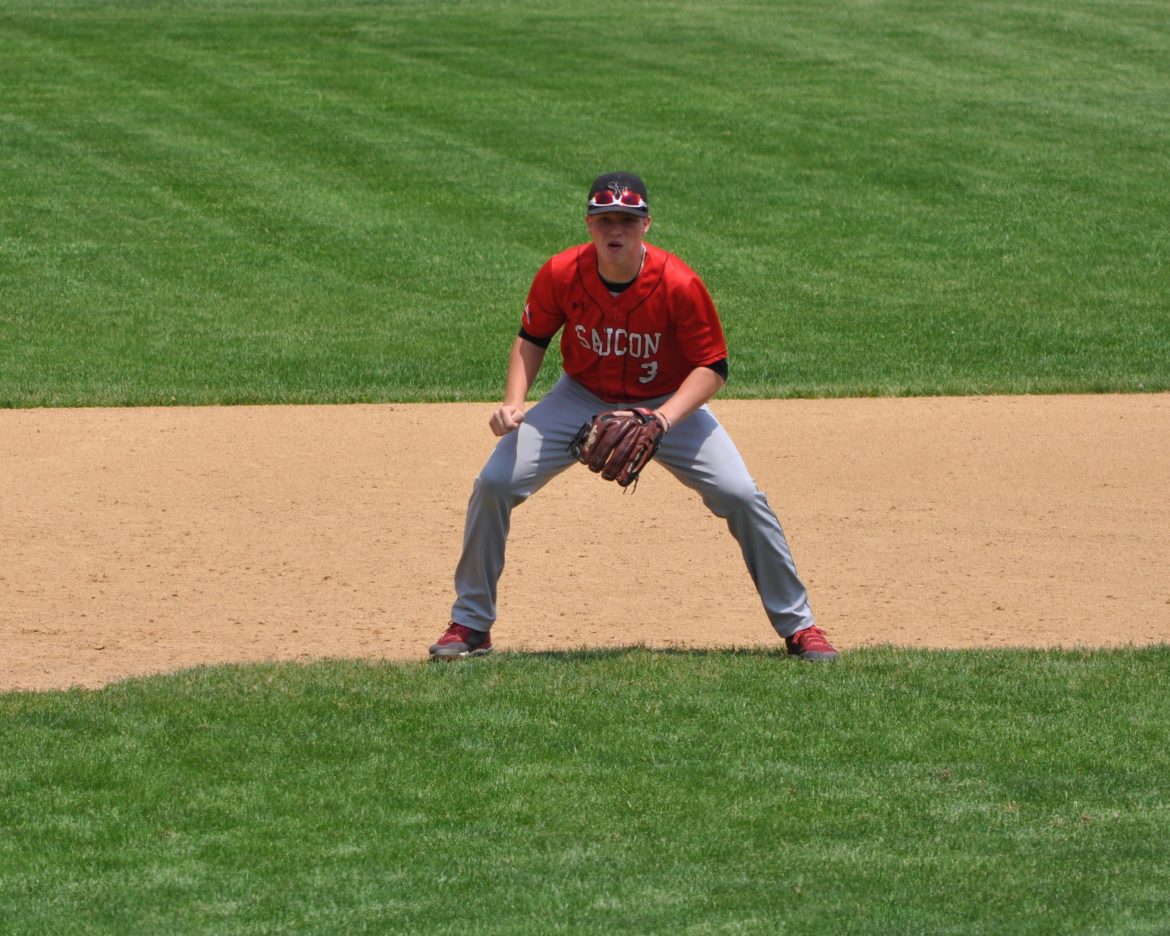 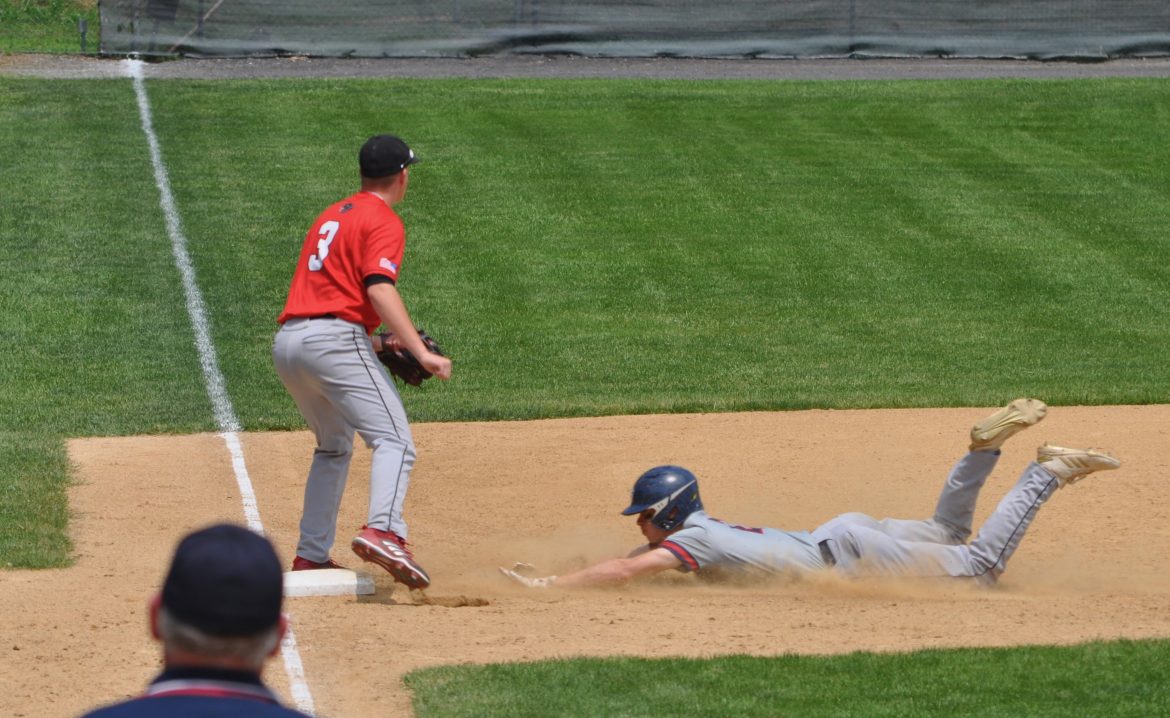 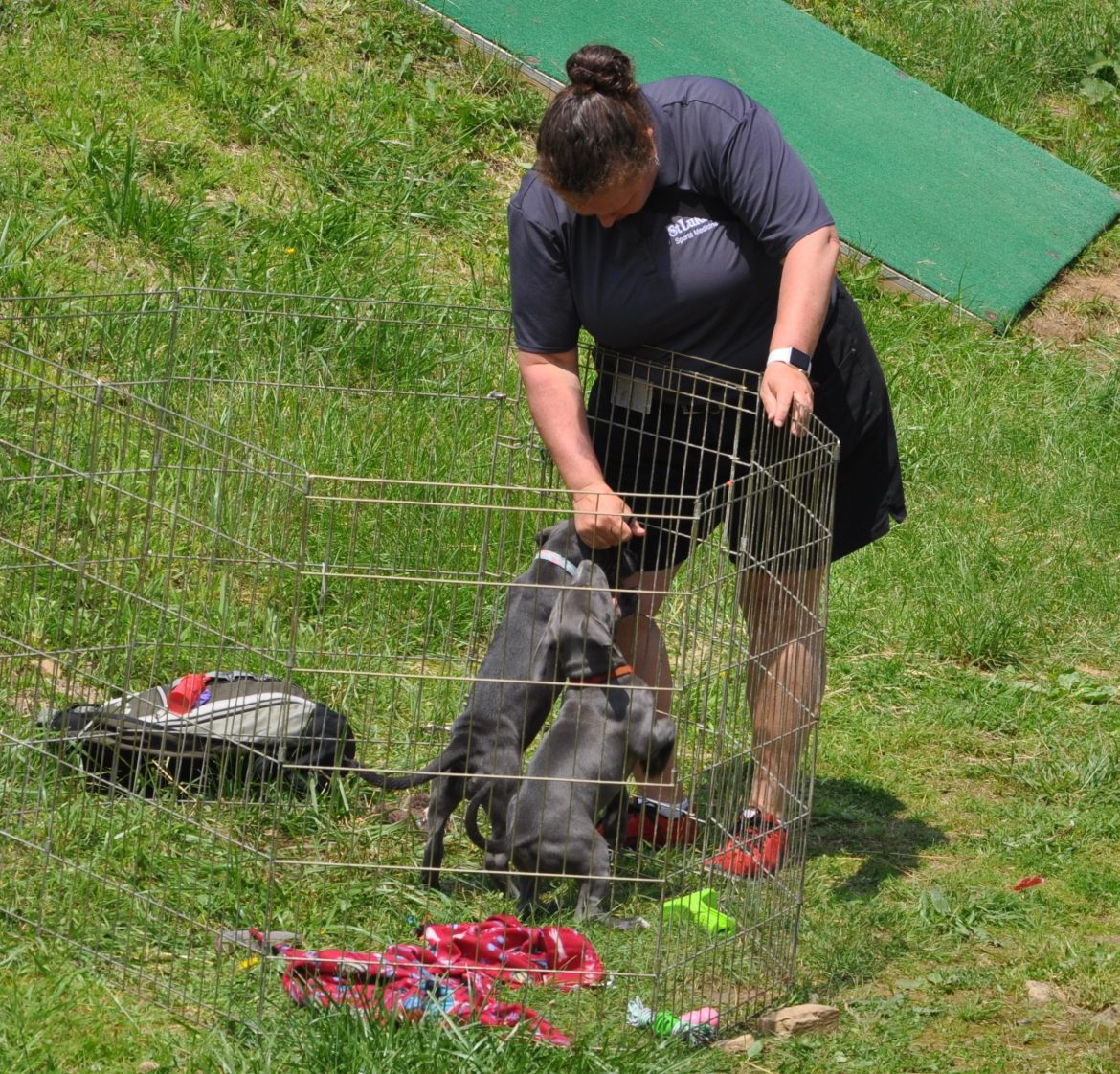 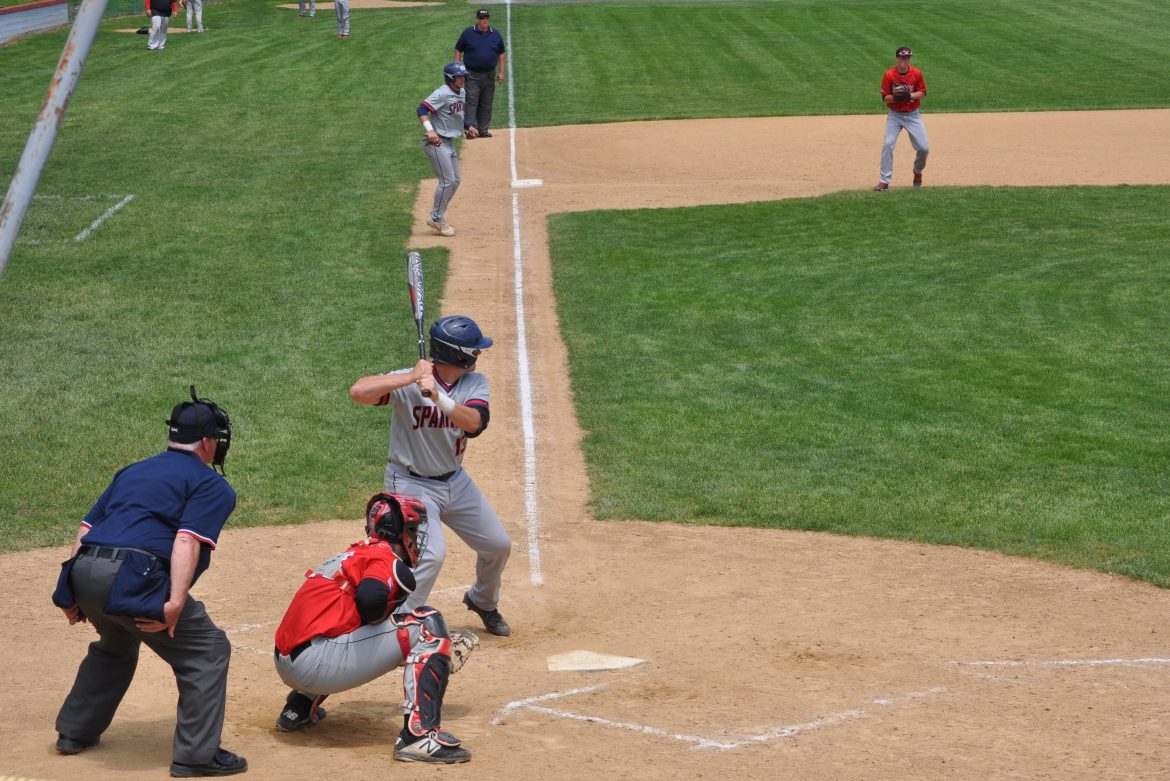 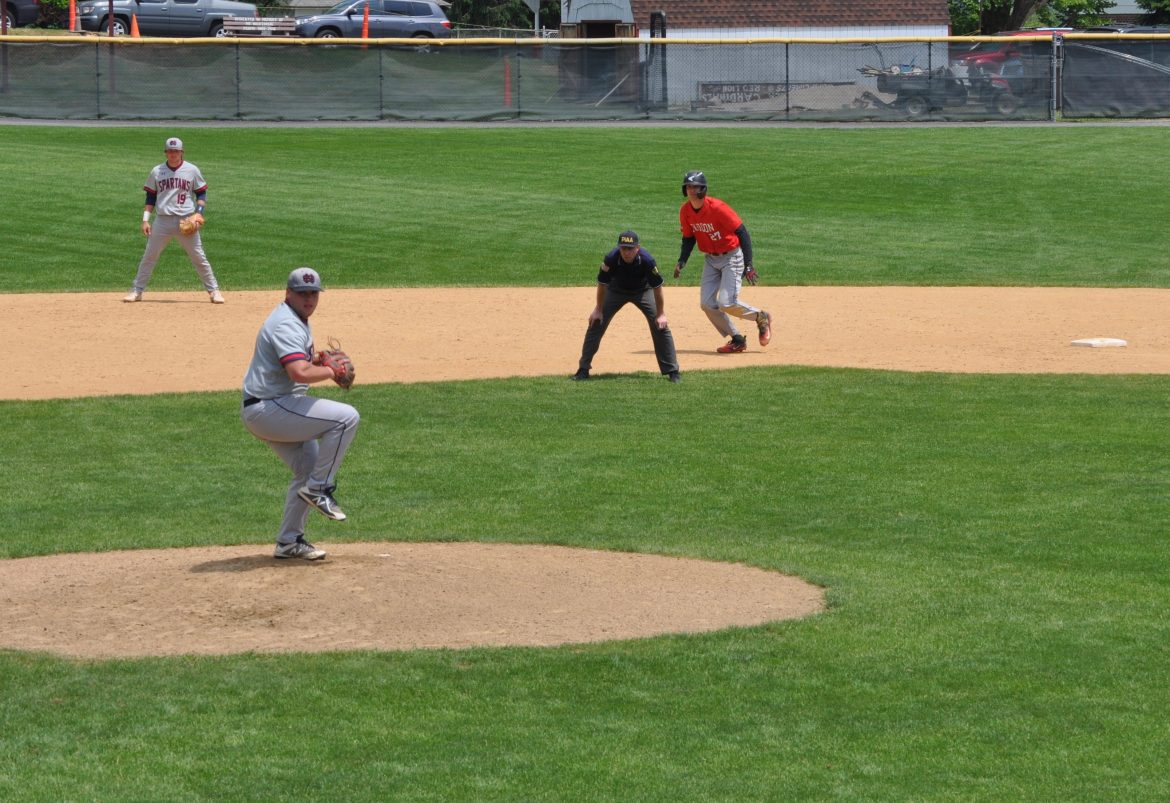 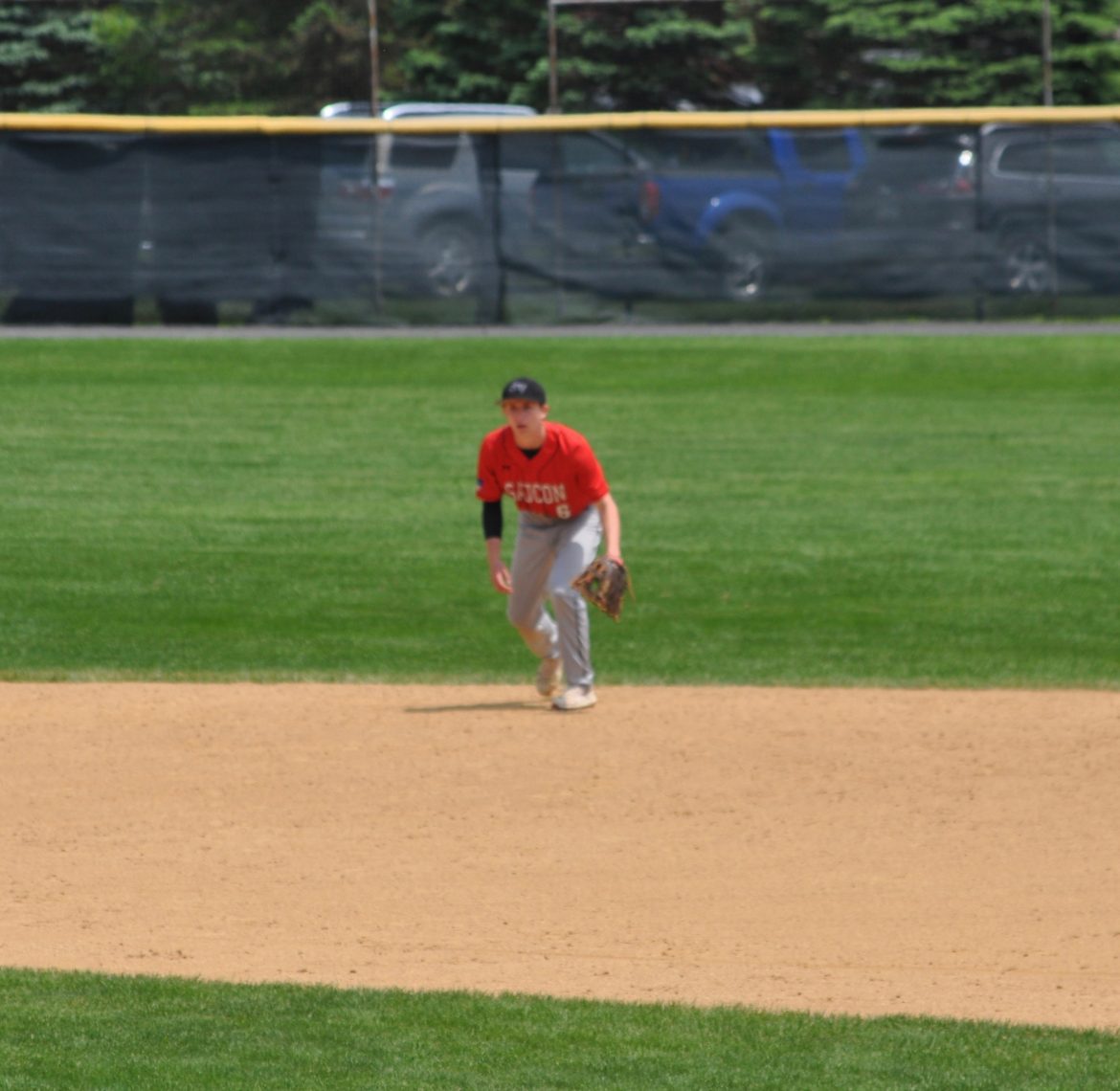 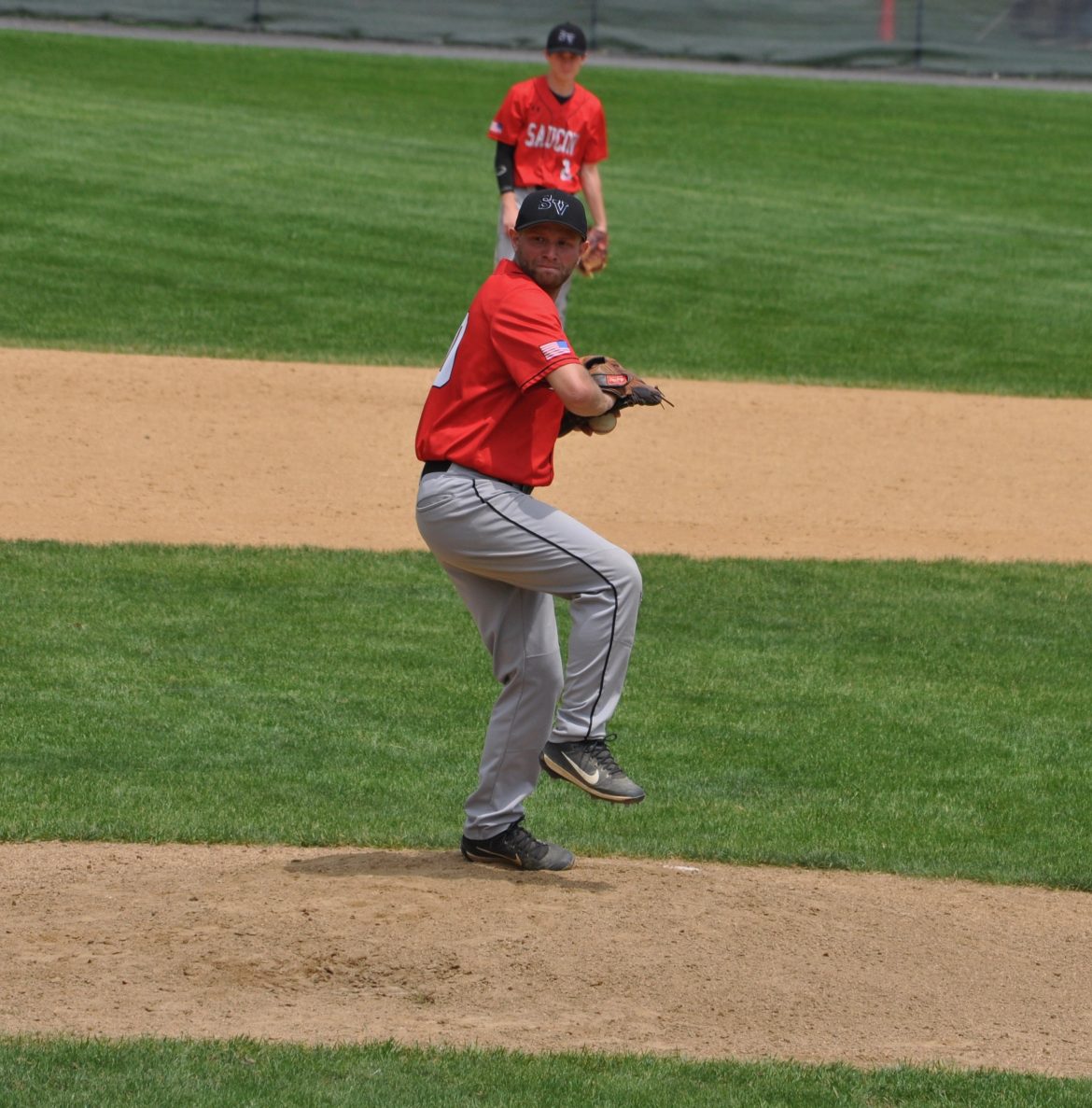 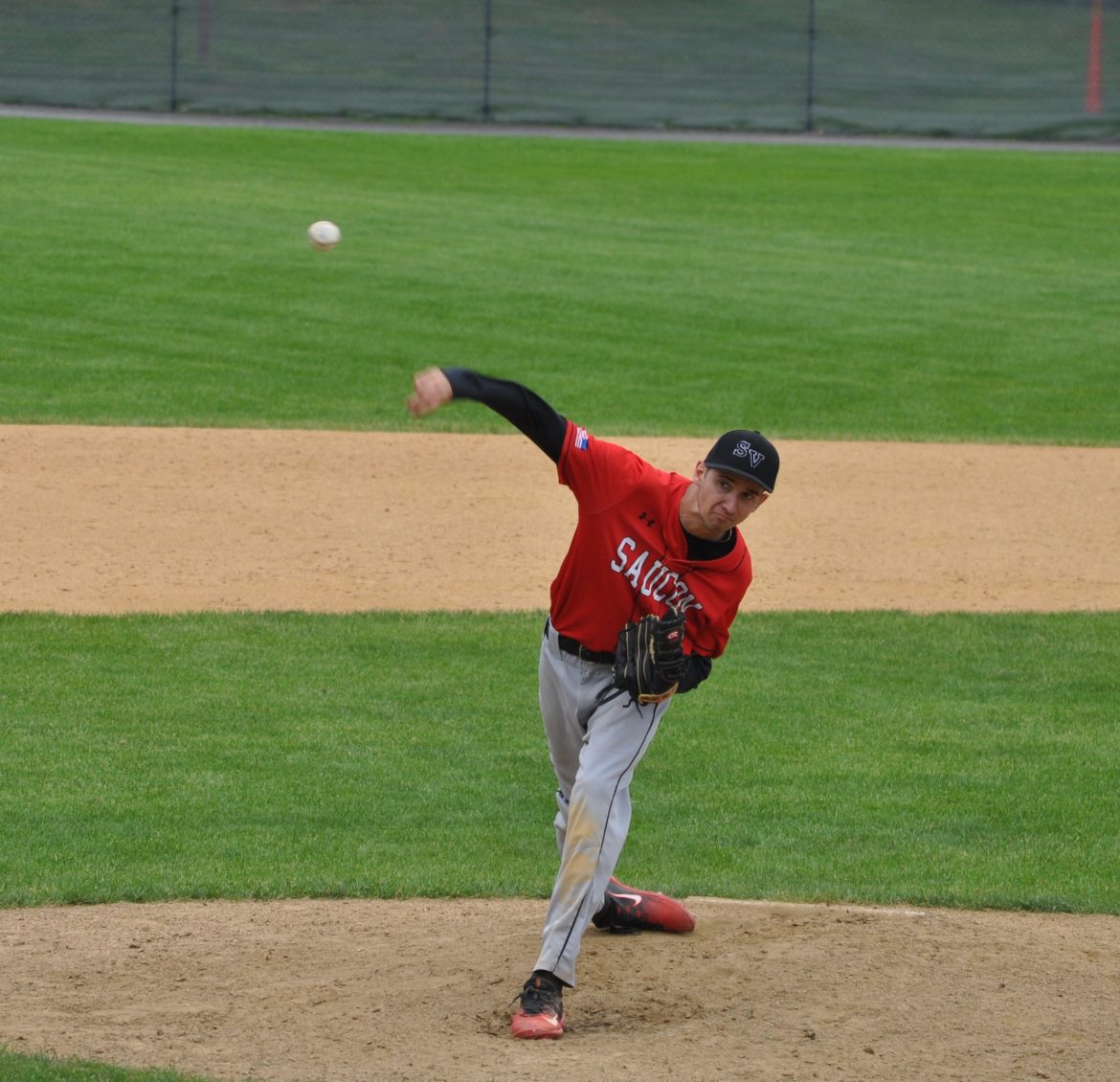 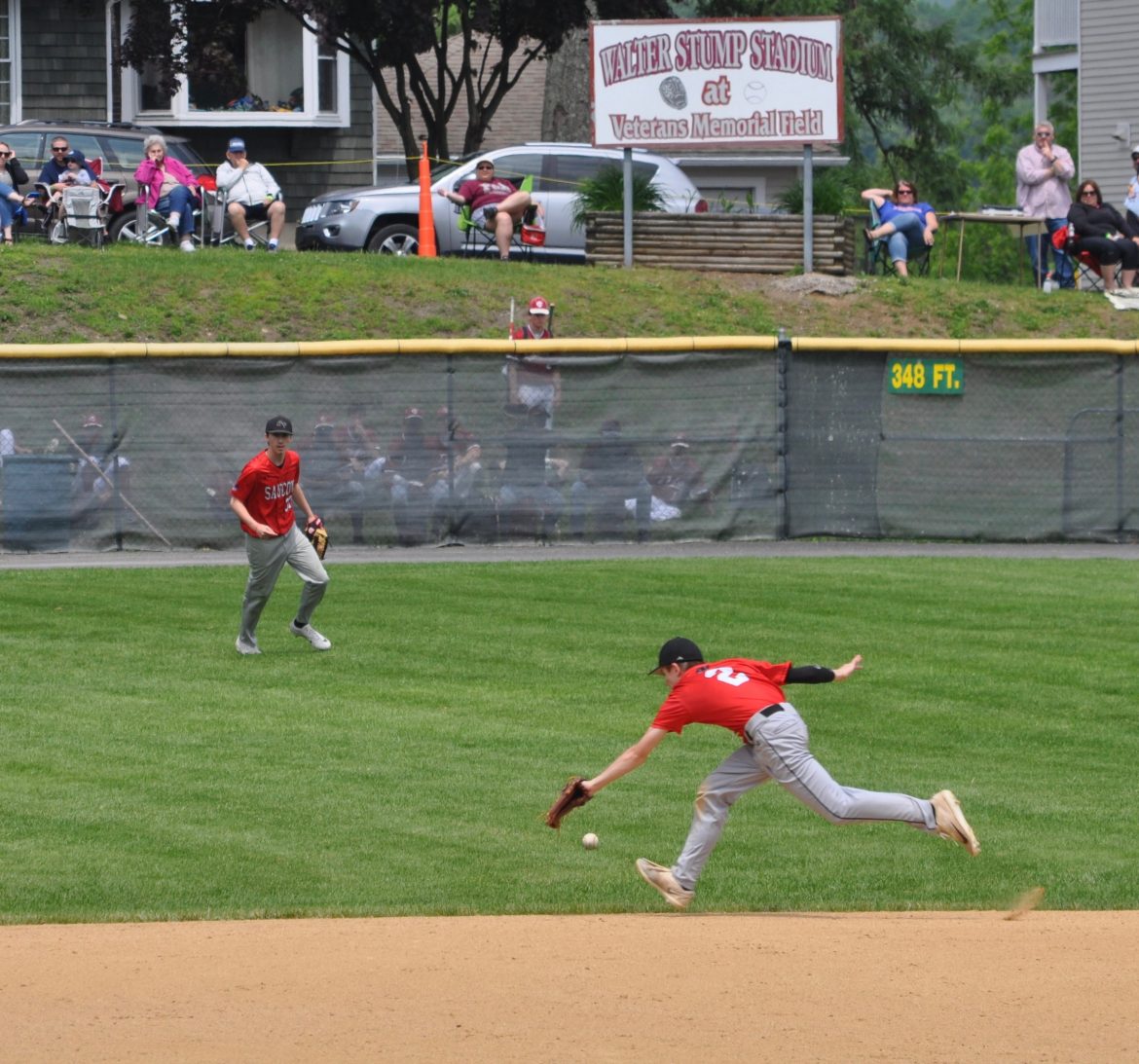 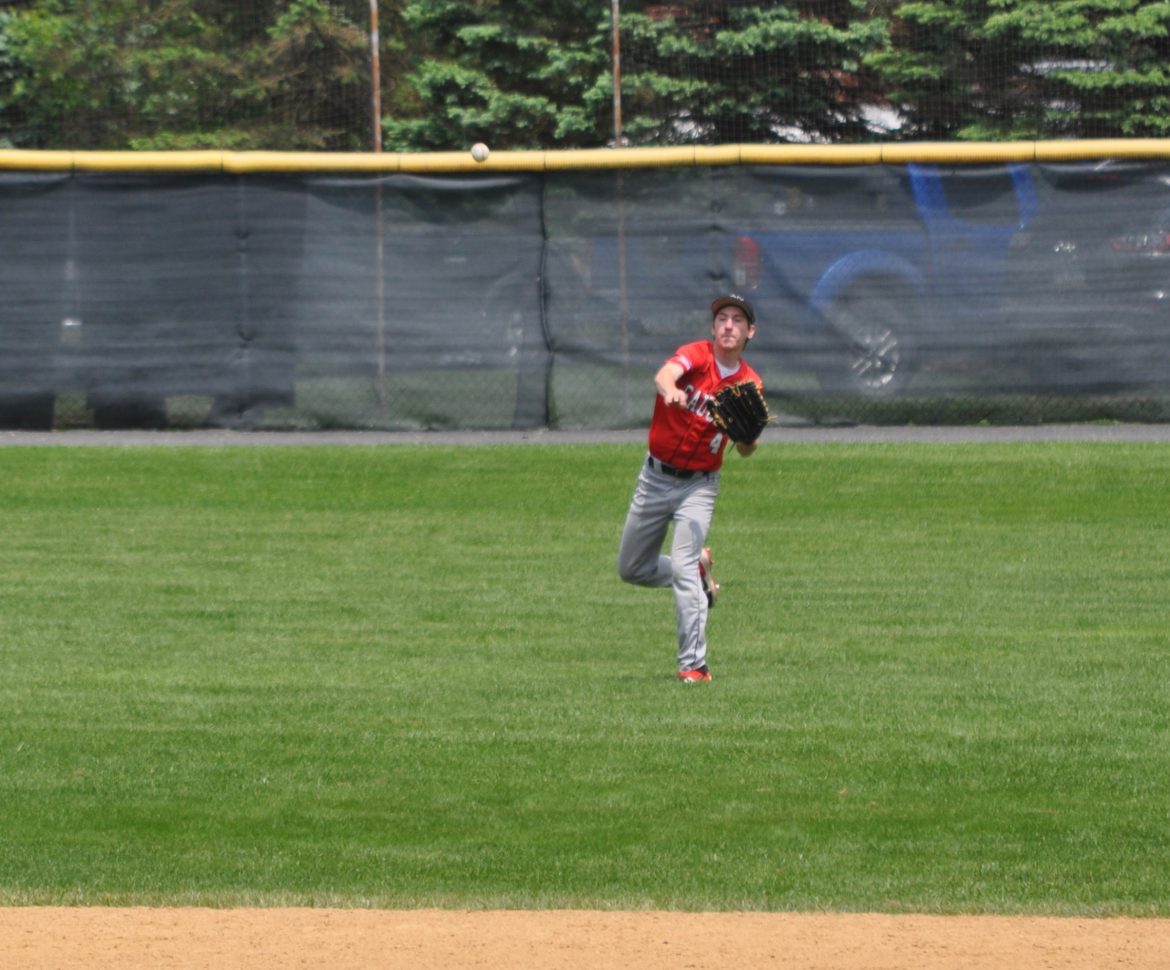 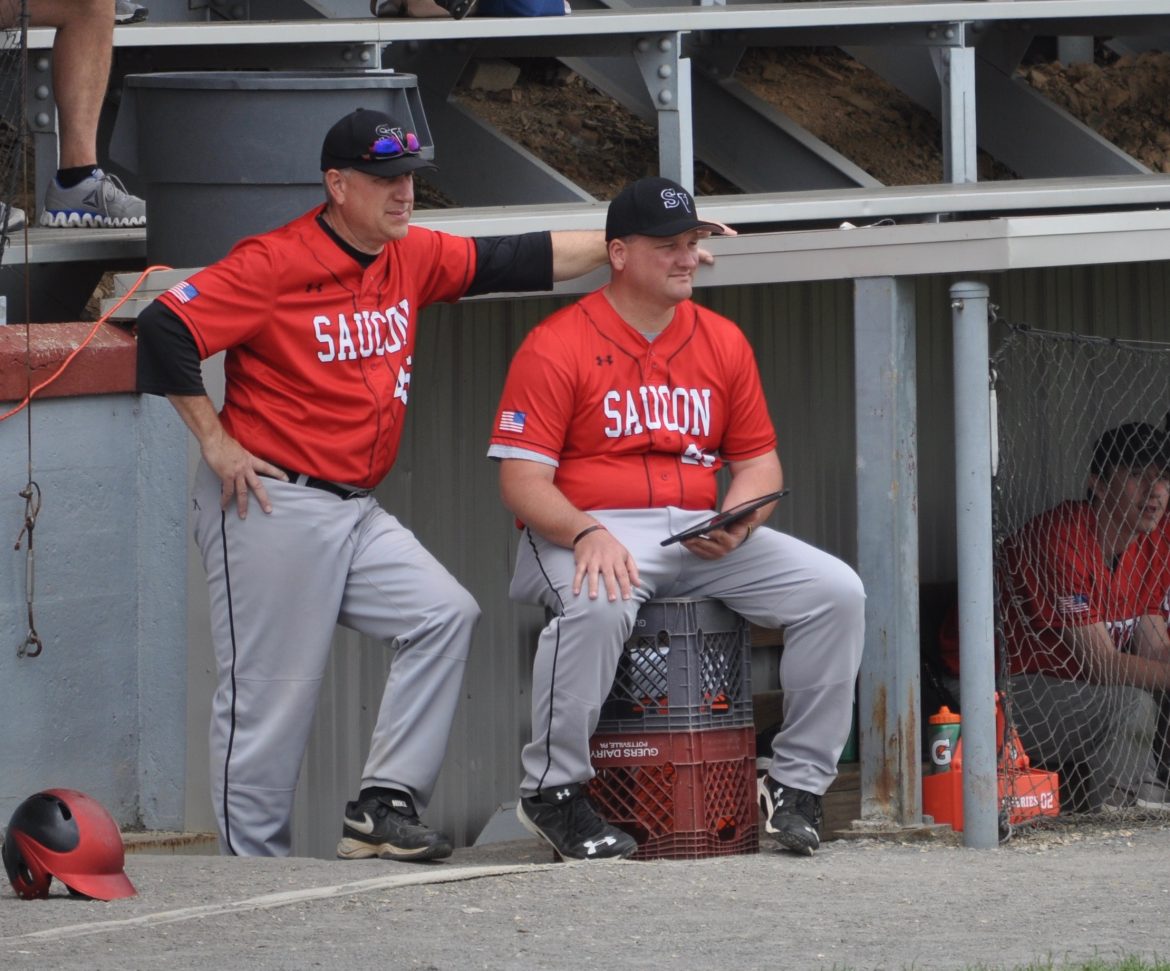 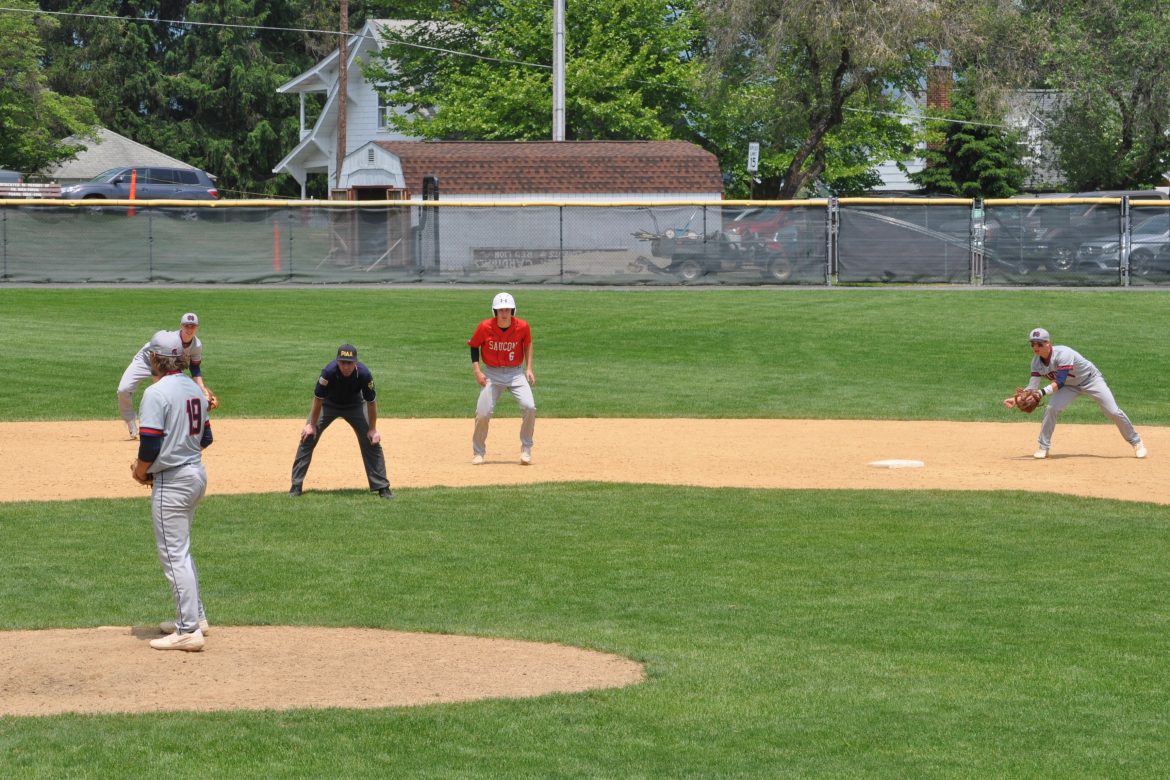 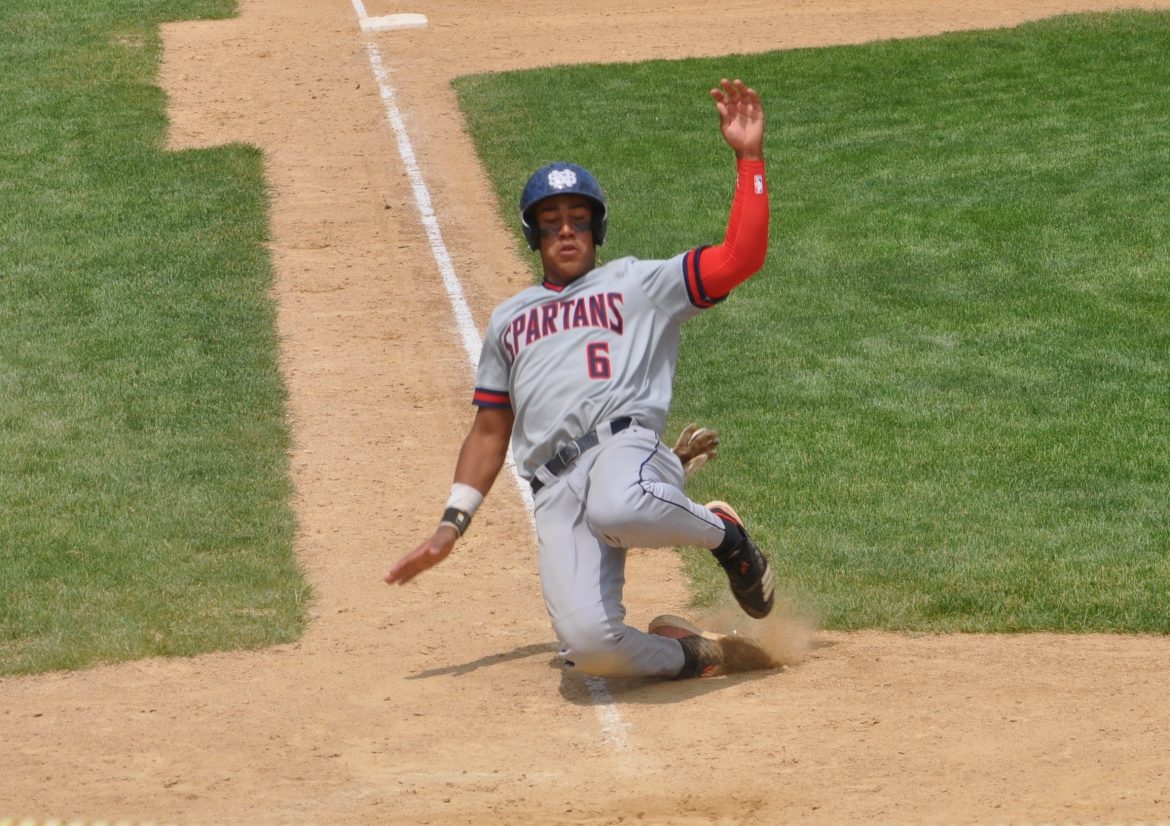 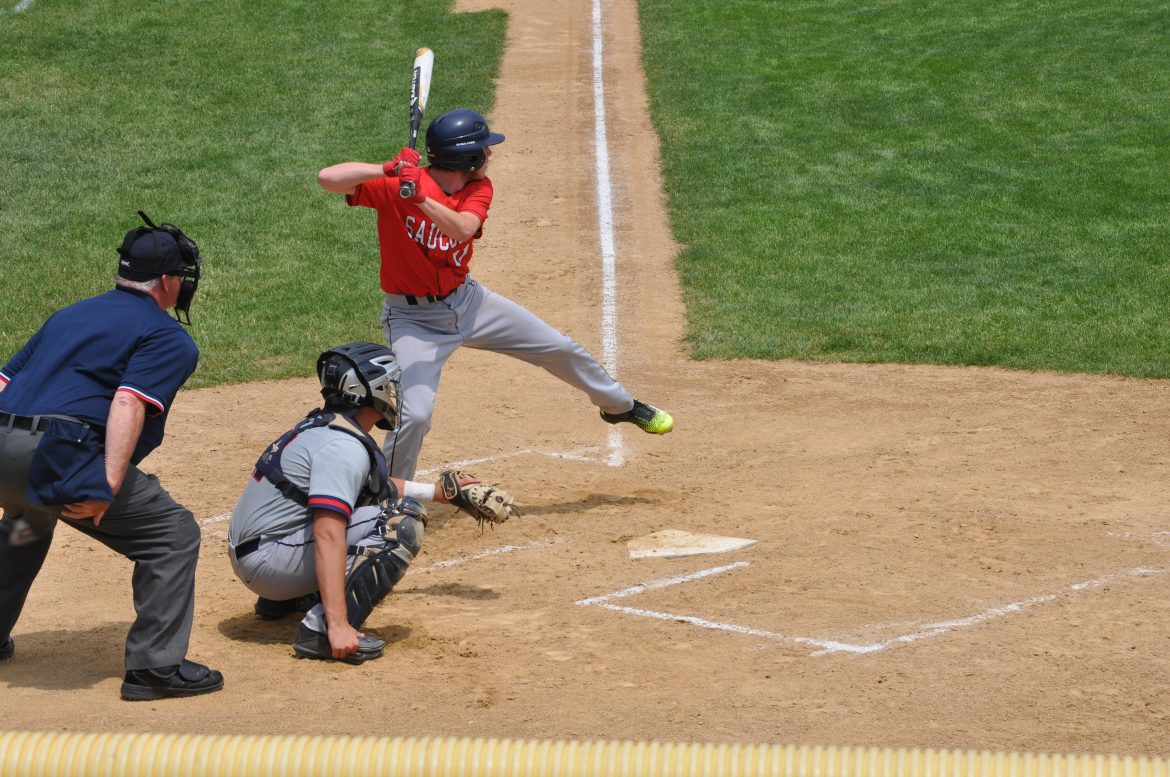 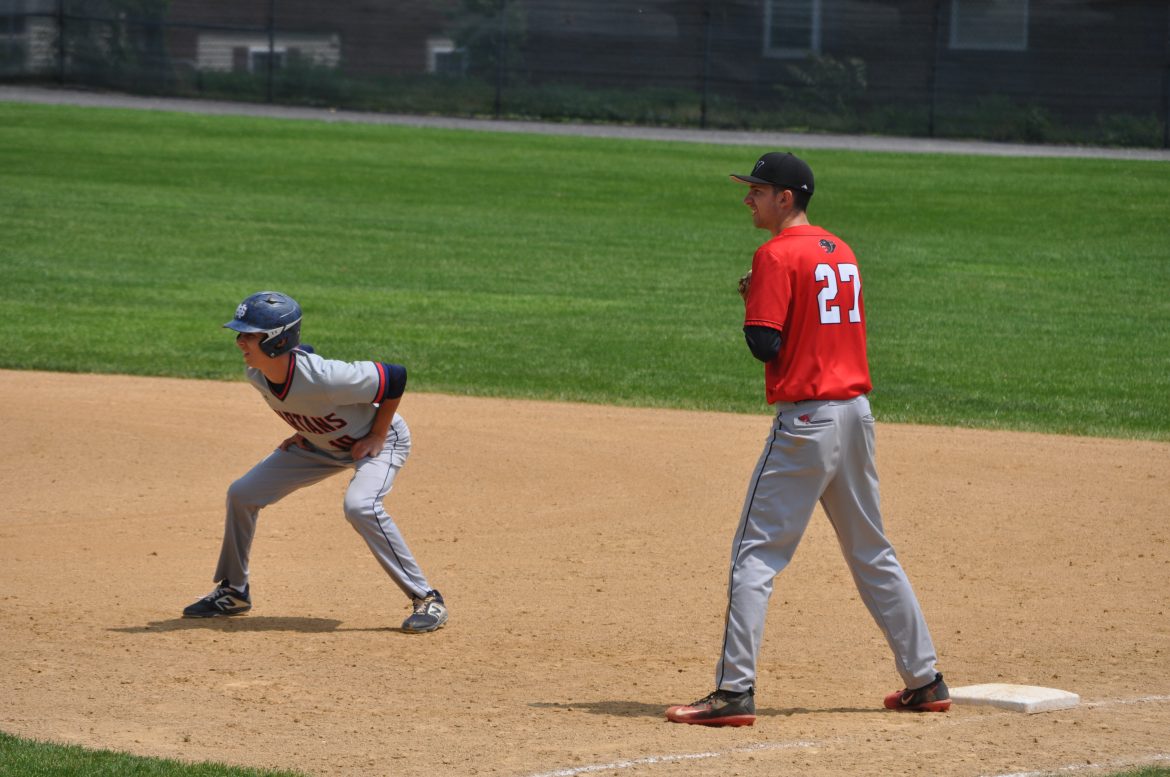 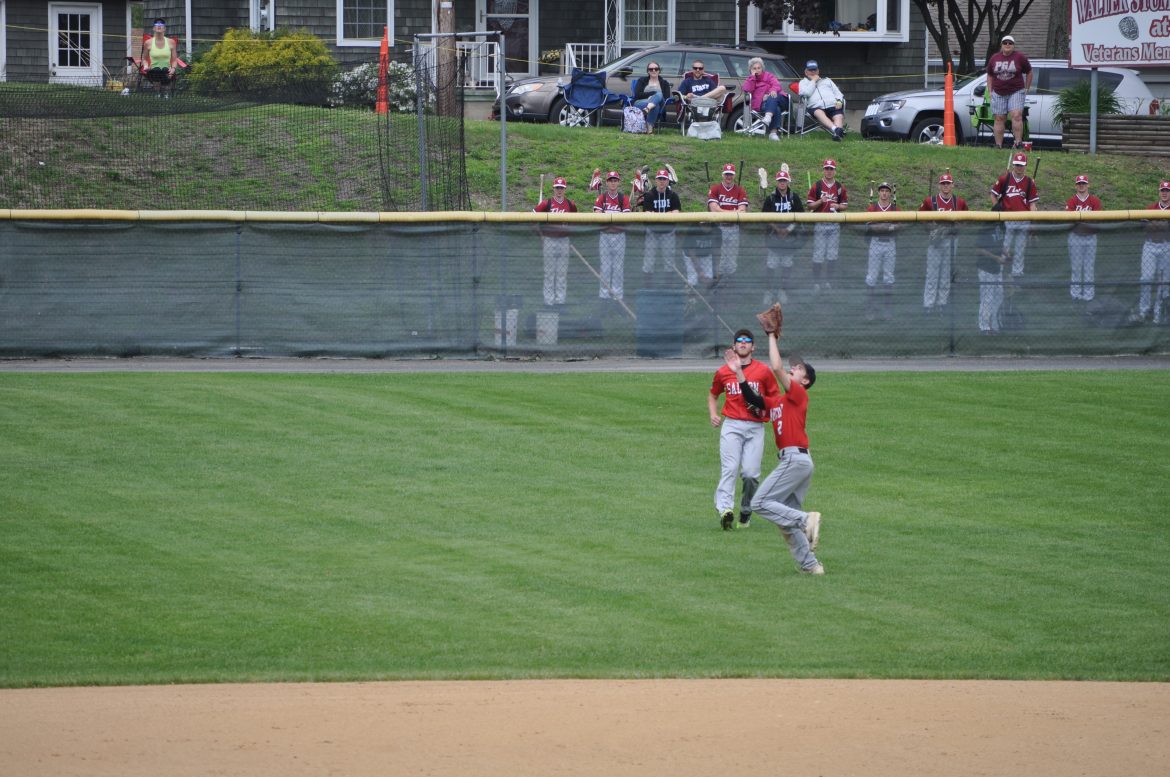