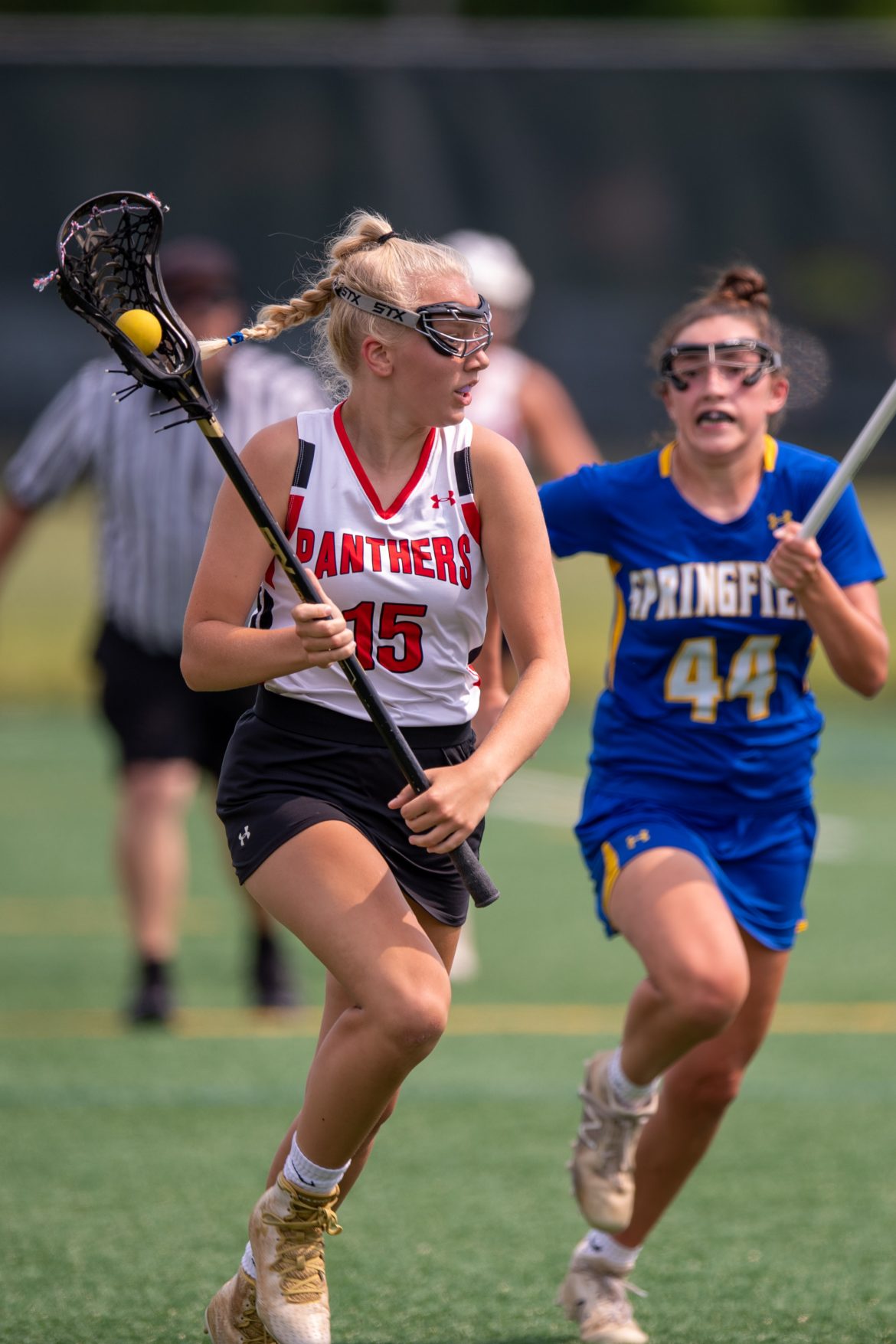 Panther junior Ally Royse pushing the pace for the Panthers against the Springfield Cougars in the 2019 PIAA playoffs.

It was a PIAA state playoff game that was originally scheduled to take place on Tuesday at Northampton High School.  But with the crazy weather pattern this past week the game was postponed three times.  Finally on Friday, the Saucon Valley Panthers and Springfield Cougars were able to avoid the thunderstorms and face off at Emmaus High School to see who would advance to the quarterfinal round of the PIAA State Championships.

Springfield, out of District I and make their living battling other premier lacrosse programs in and around the Philly suburbs, wasted little time pouncing on the Panthers.  The Cougars dominated the draws and scored early and often to jump out to a 4-0 lead five minutes into the game.  The sudden deficit led to Panther coach, Jane Hoff, to call a timeout in an attempt to right the ship. 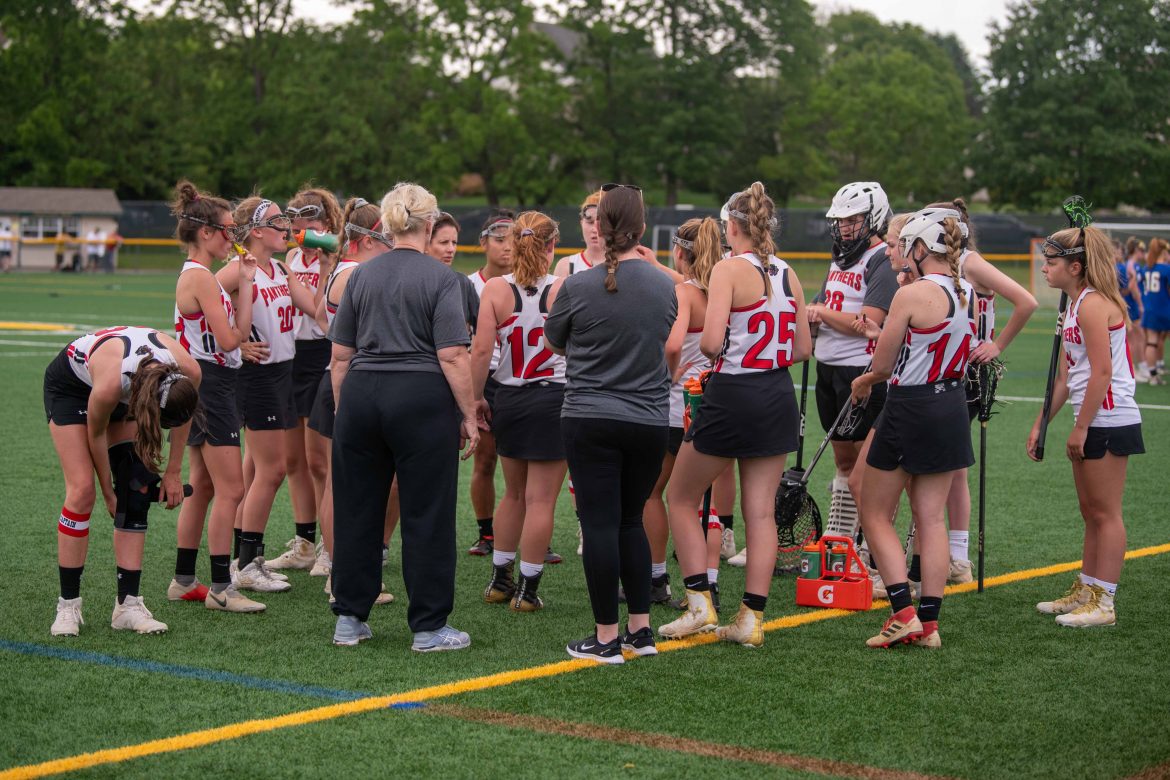 Coach Hoff and the Panthers take time to scheme.

Saucon Valley came out of the timeout demonstrating a little grit and resolve.  However, the Panthers quickly found themselves a player-down due to a yellow card issued for a player being a little too aggressive.  The Cougars, who spent much of the season as the #1 program in Pennsylvania, capitalized on their advantage by scoring three more goals.  With 17:25 remaining in the first half, Saucon trailed 7-0.

Even at full-strength, the Panthers had trouble claiming possession off the draw.  Springfield continued to methodically break-down the Panther defense and make the most of their chances.  A little more than halfway through the 1st half the Cougars built a 10-0 lead to activate the mercy-rule. 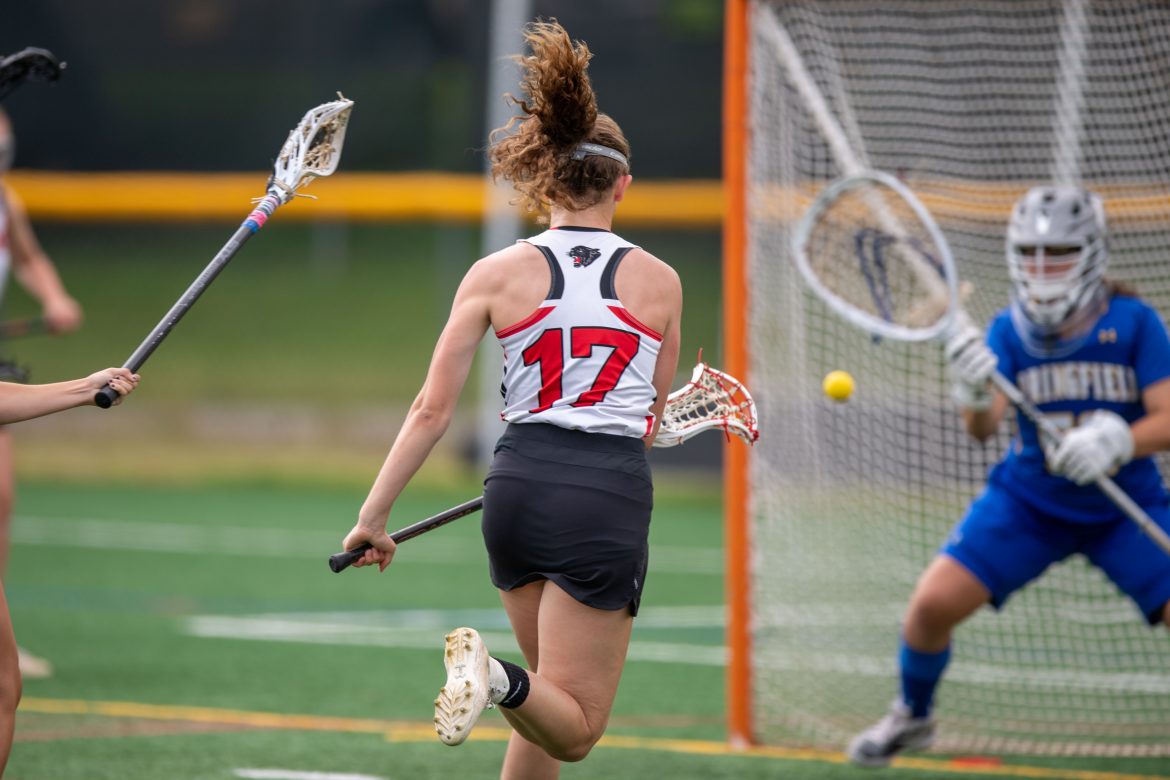 Saucon Valley’s Maria Donahue finally gets the Panthers on the scoreboard.

Saucon Valley finally did break through when Maria Donahue battled for the ball off Camryn Zavacky’s draw and sprinted through the Cougar defense for a Panther score.  At 9:58, Saucon trailed 10-1.

For the remainder of the half, Saucon Valley was able to slow the Cougars down, but at the intermission the Panthers, who only managed three shots on goal, found themselves in a pretty deep 12-1 hole against some pretty stiff competition.  Springfield was in control and overwhelmed the Panthers with seventeen shots on goal. 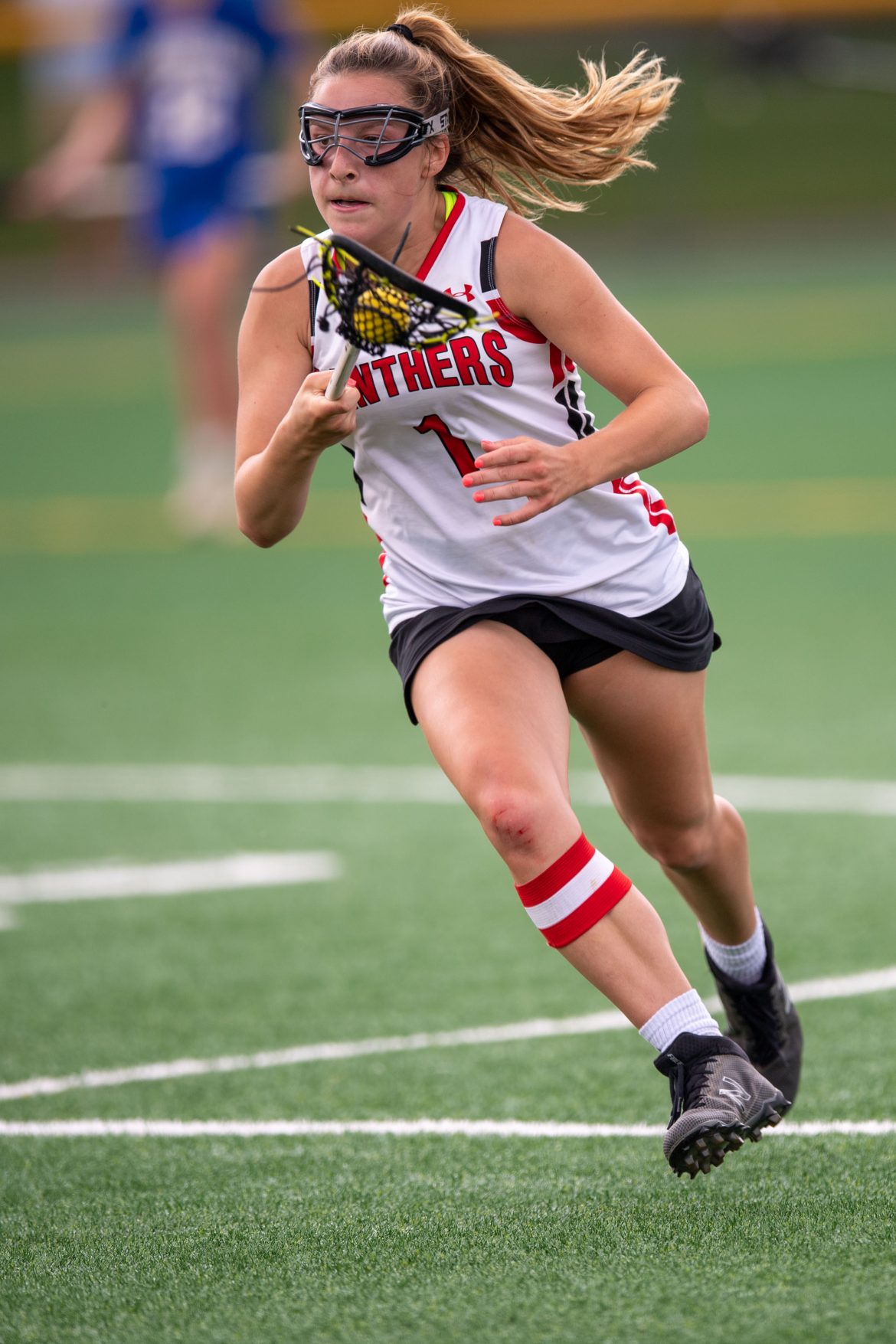 Saucon Valley’s Camryn Zavacky looking to convert for the Panthers.

Saucon Valley looked much better in the 2nd half and got on the scoreboard right away with Camryn Zavacky finishing off a great pass from Katherine Naiburg.  Zavacky’s goal seemed to bring a little swagger back to the Panthers.  However, Springfield was un-phased and continued to dominate possession.  The Cougars answered with three unanswered scores and extended to a 15-2 lead with just over twenty minutes remaining in the game. 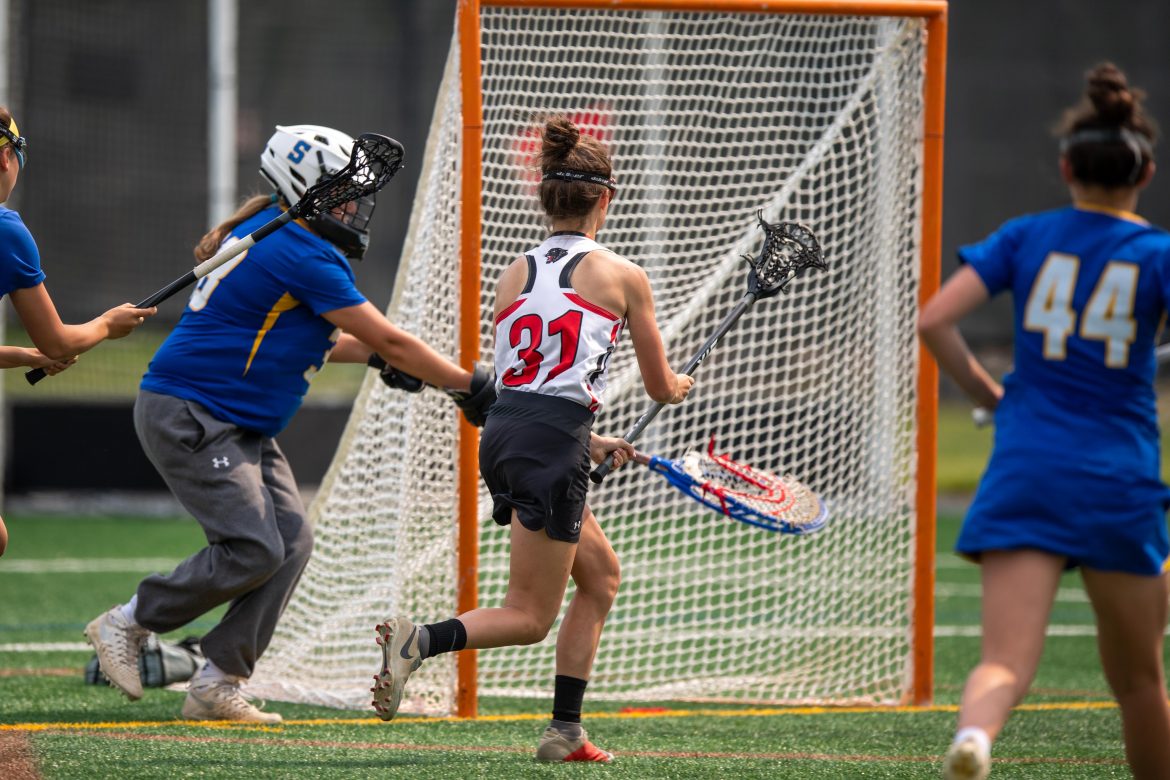 Saucon Valley’s Kiele Riefenstahl scoops and scores against the Springfield Cougars in the 2019 PIAA state playoffs.

At 19:07 Saucon Valley’s Katie Marker fired a shot on goal that deflected off the Cougar goalkeeper.  Kiele Riefenstahl was in the right place at the right time to scoop up the rebound and deposit it into the back of the net for the Panthers. Springfield answered two minutes later, but Saucon Valley hit their stride with four consecutive scores.  Camryn Zavacky, Katherine Naiburg (2) and Megan Kane gave a little life to the Panthers.  With 9:38 left to play Saucon trailed the Cougars by a 16-7 score. 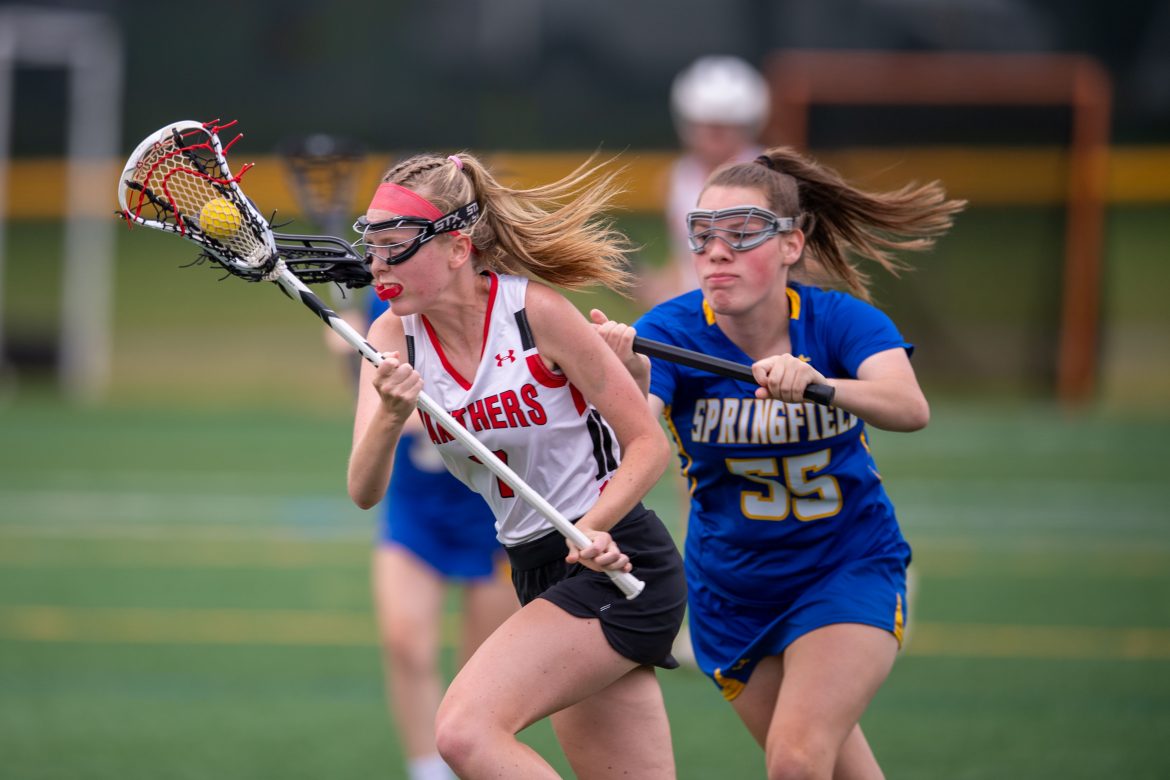 Katie Marker’s goal marks the end of the road for the 2019 Panthers.

Springfield lit the scoreboard twice more to increase their lead down the final stretch, but Katie Marker had the last say with a Panther goal while the last seconds ticked off the clock. The Saucon Valley Panthers fell to the Springfield Cougars 18-8.

Up Next:  The Cougars advance to the PIAA quarterfinals. The 3-Peat District XI champion Panthers’ 2019 season comes to a close in what will be remembered as Coach Jane Hoff’s last game as Saucon Valley head coach.

Congrats on a great season Panthers, the Source is with you!

(These photos and others by Chris Christian are available for purchase!!) 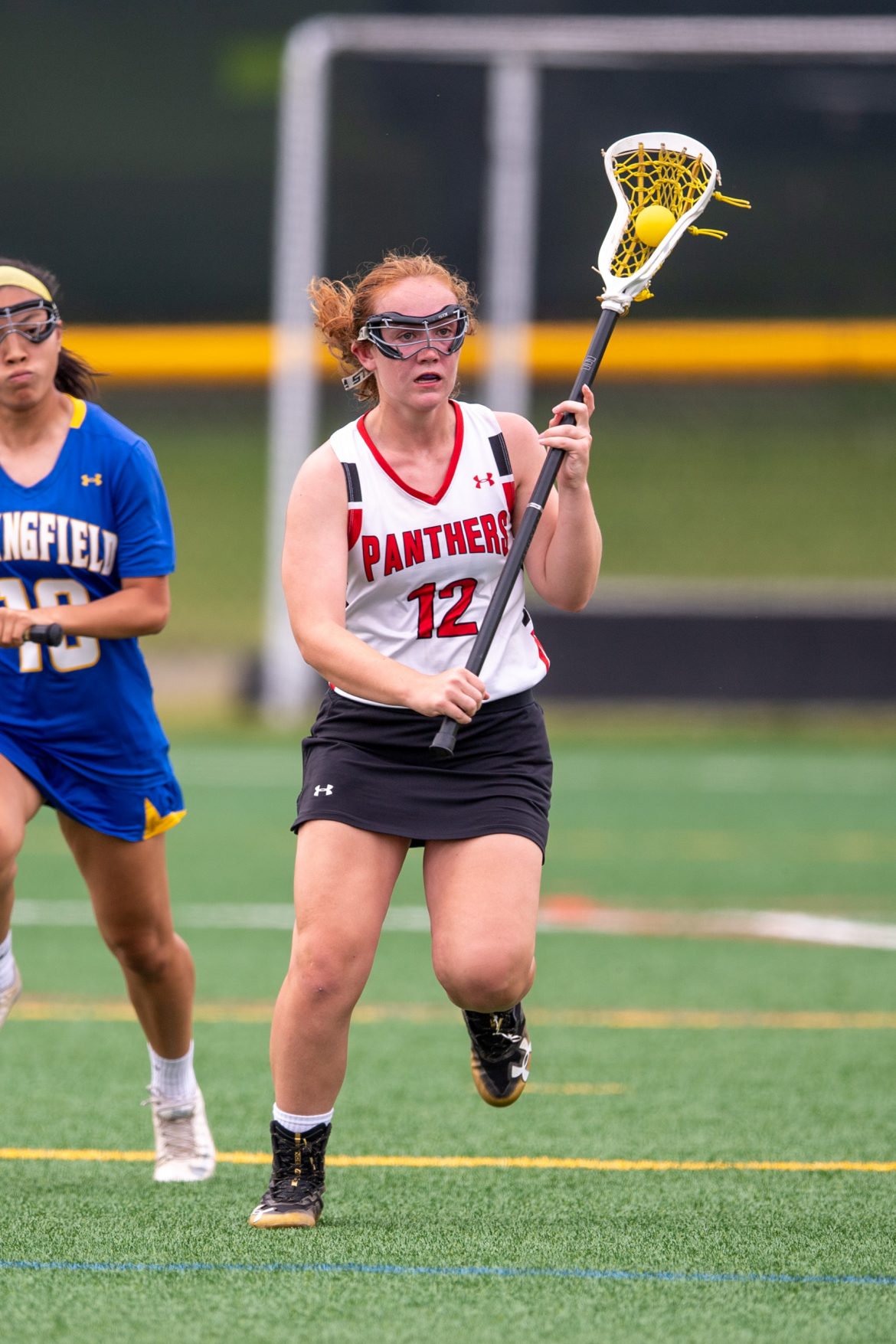 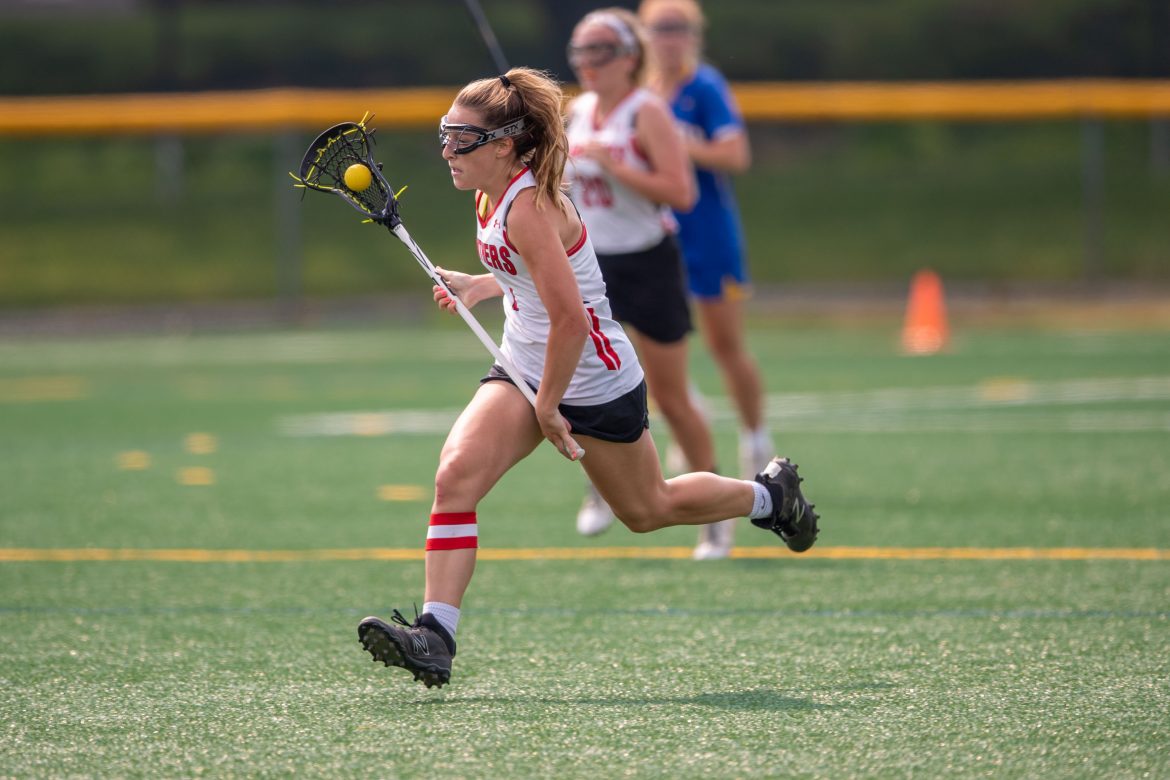 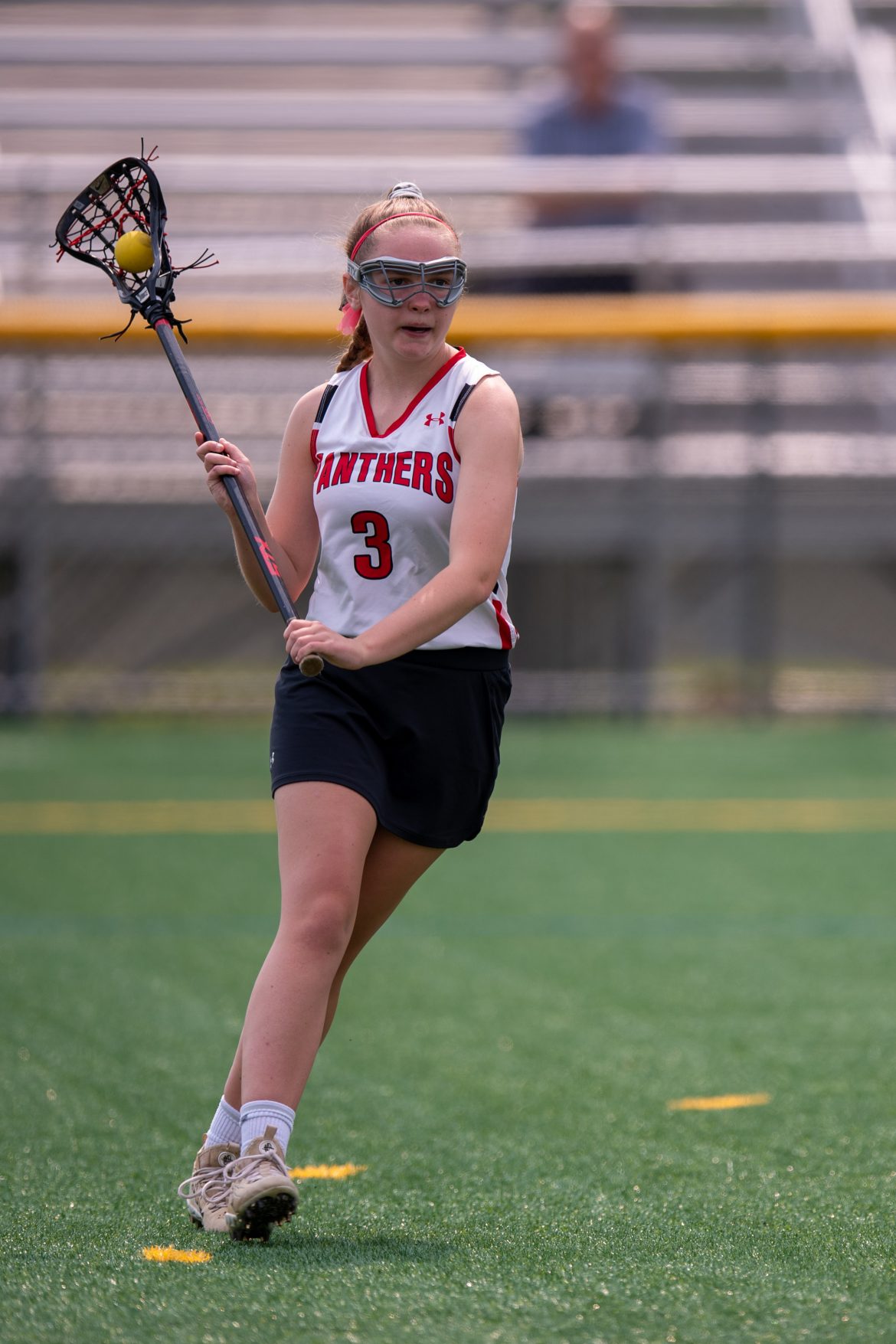 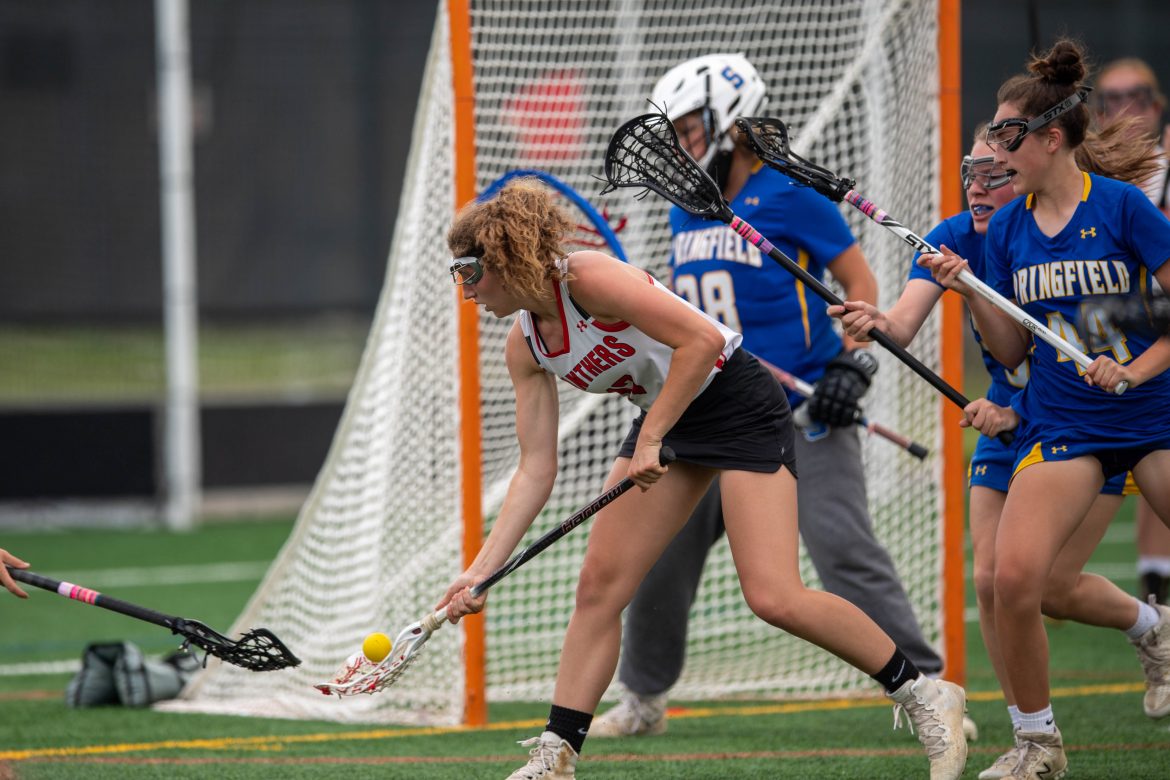 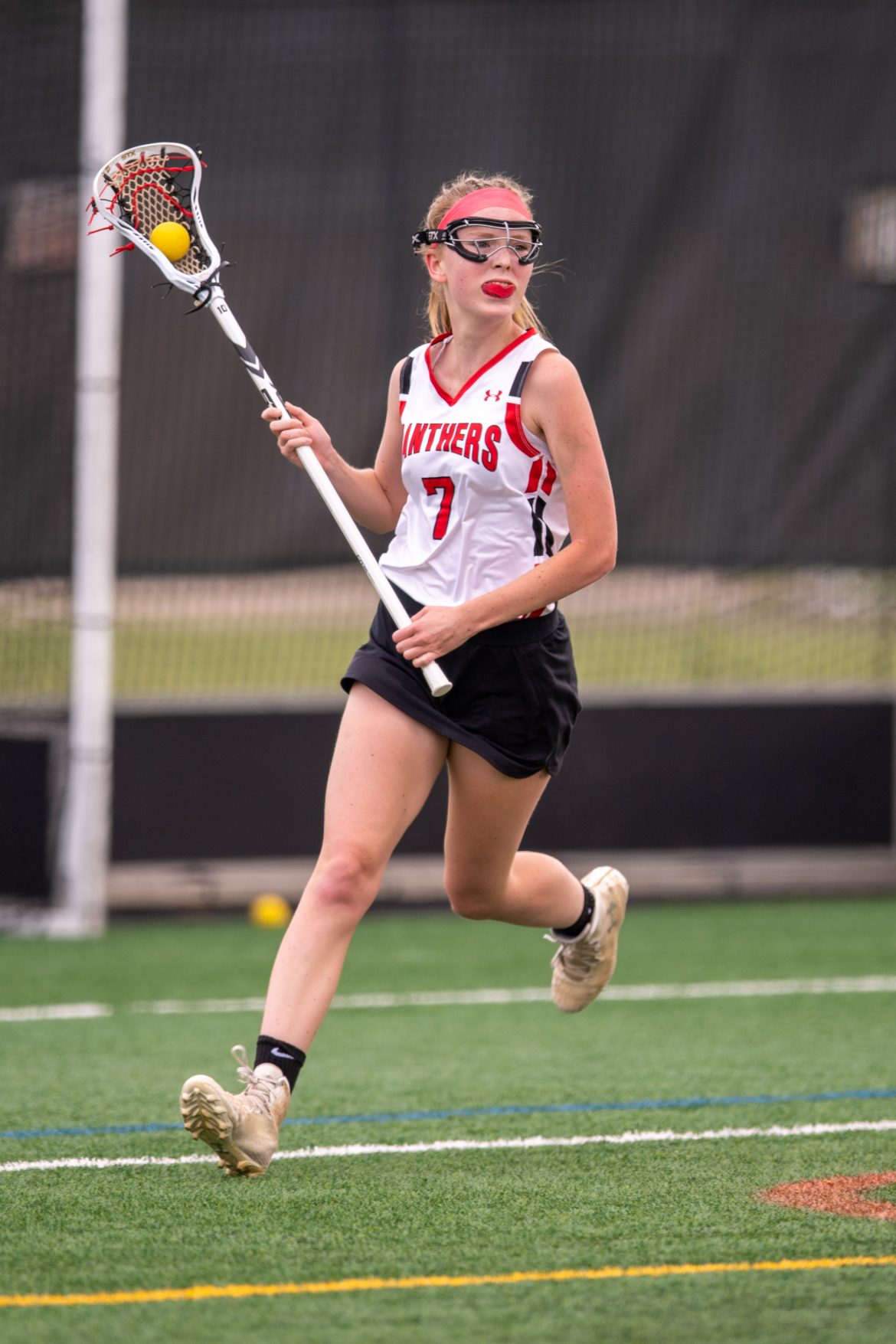 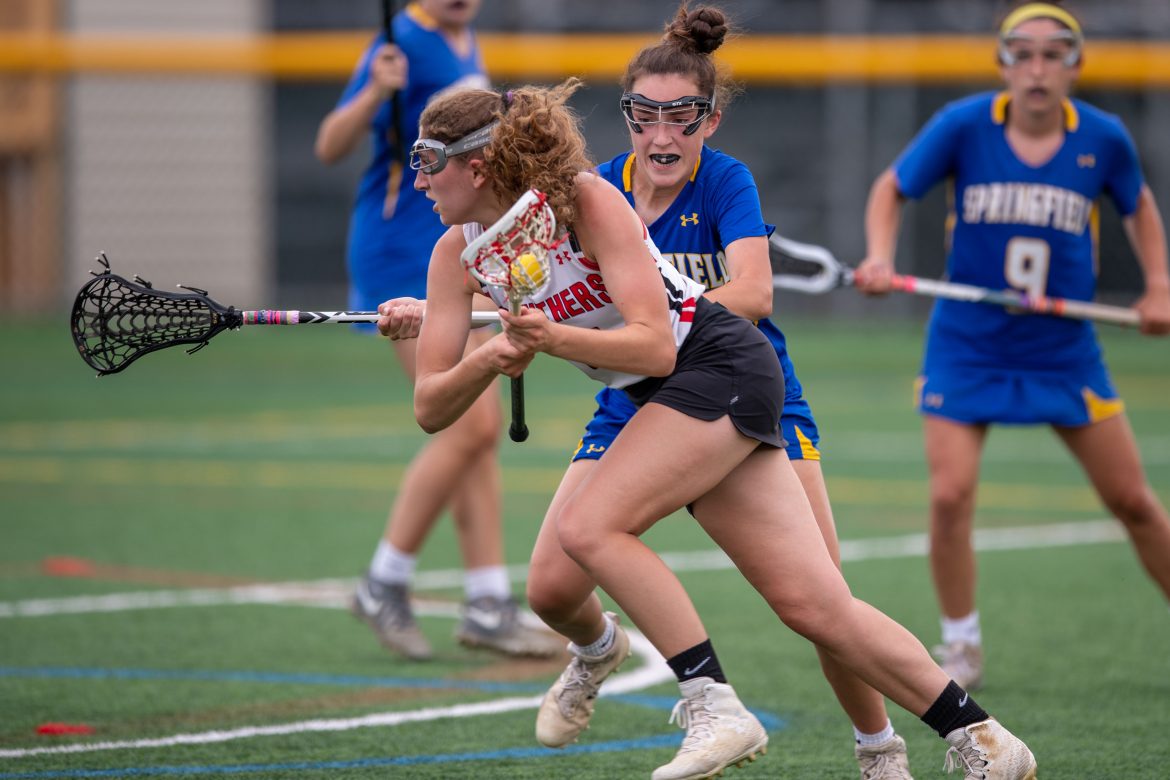 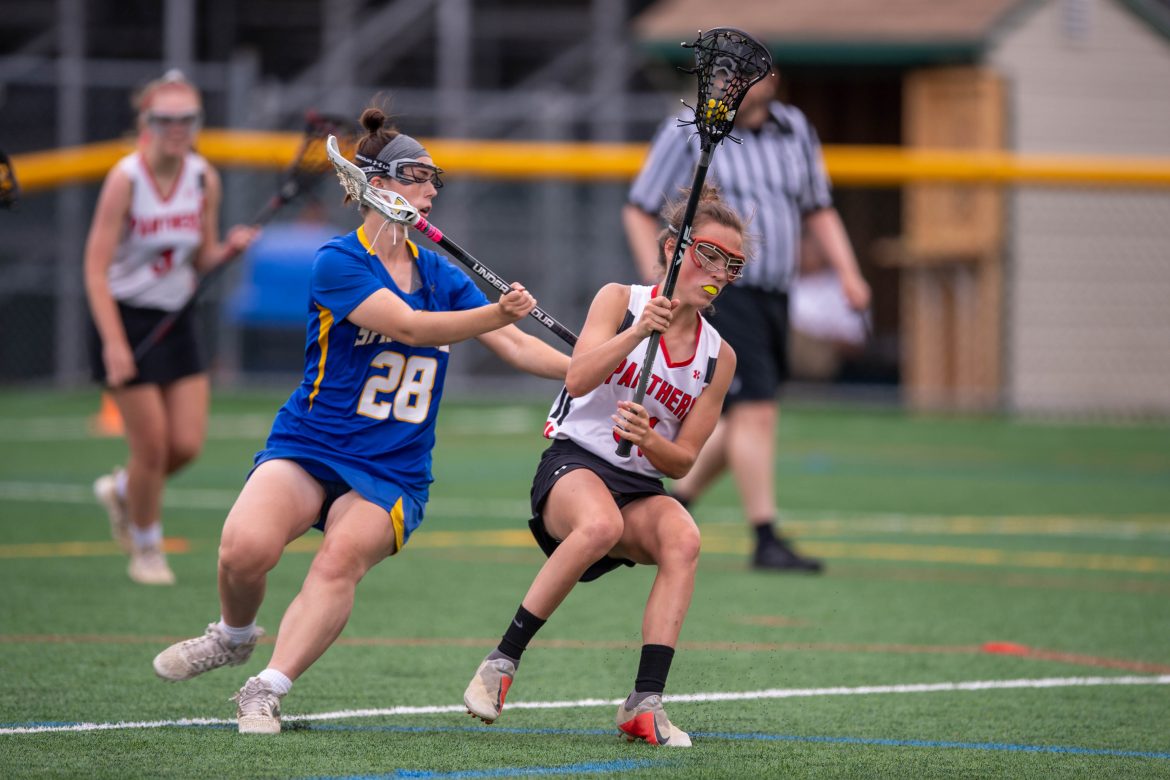 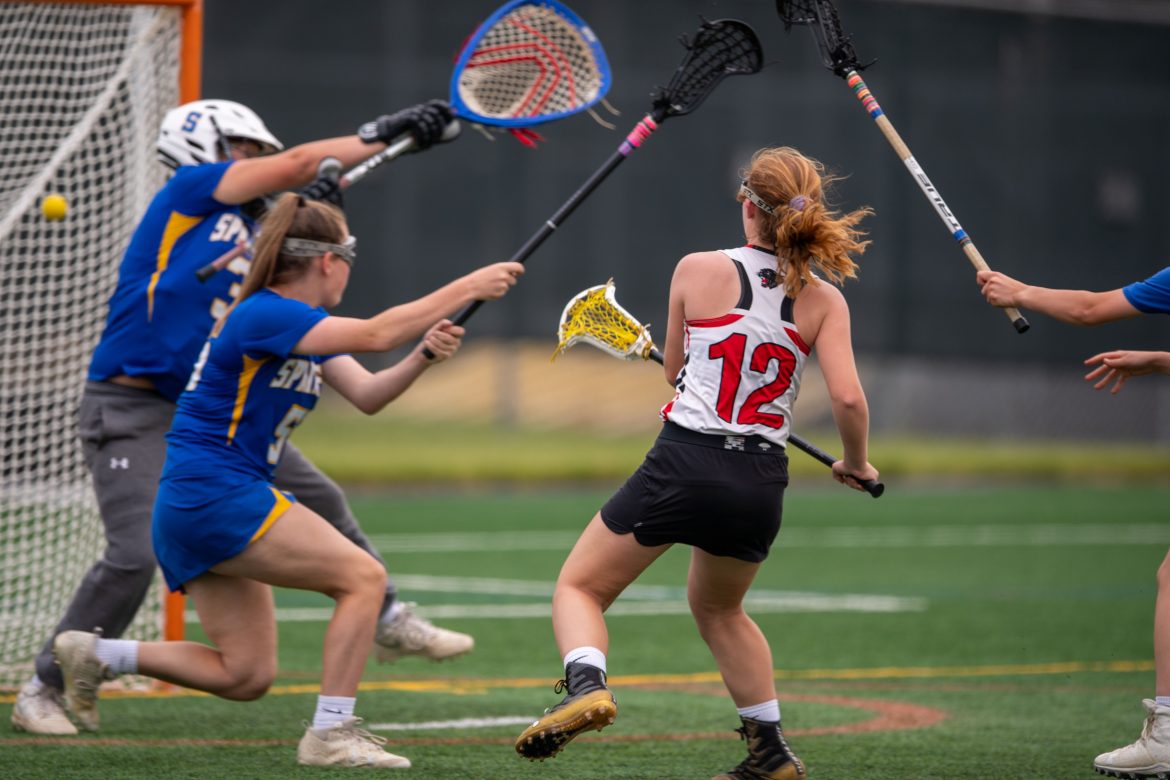 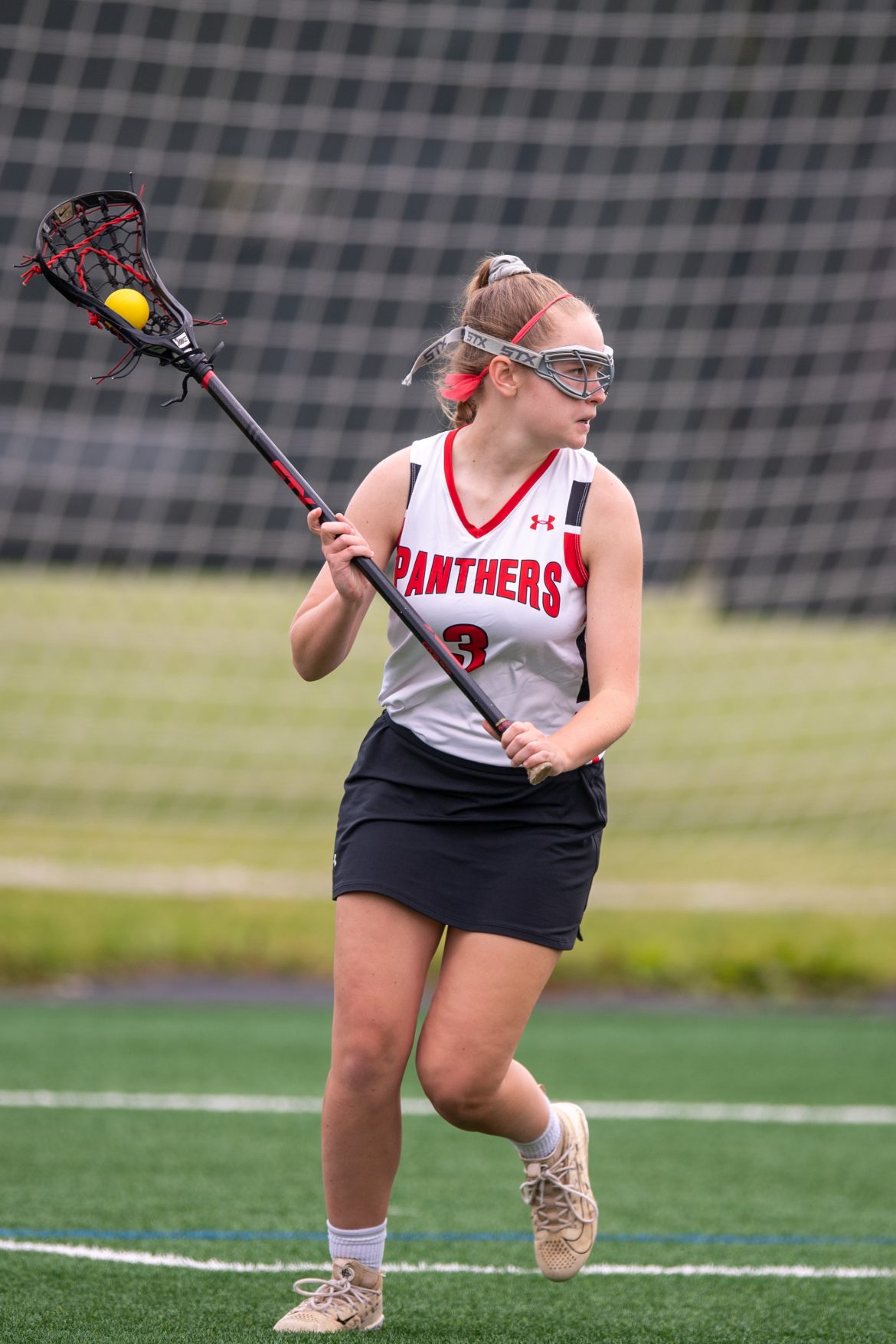 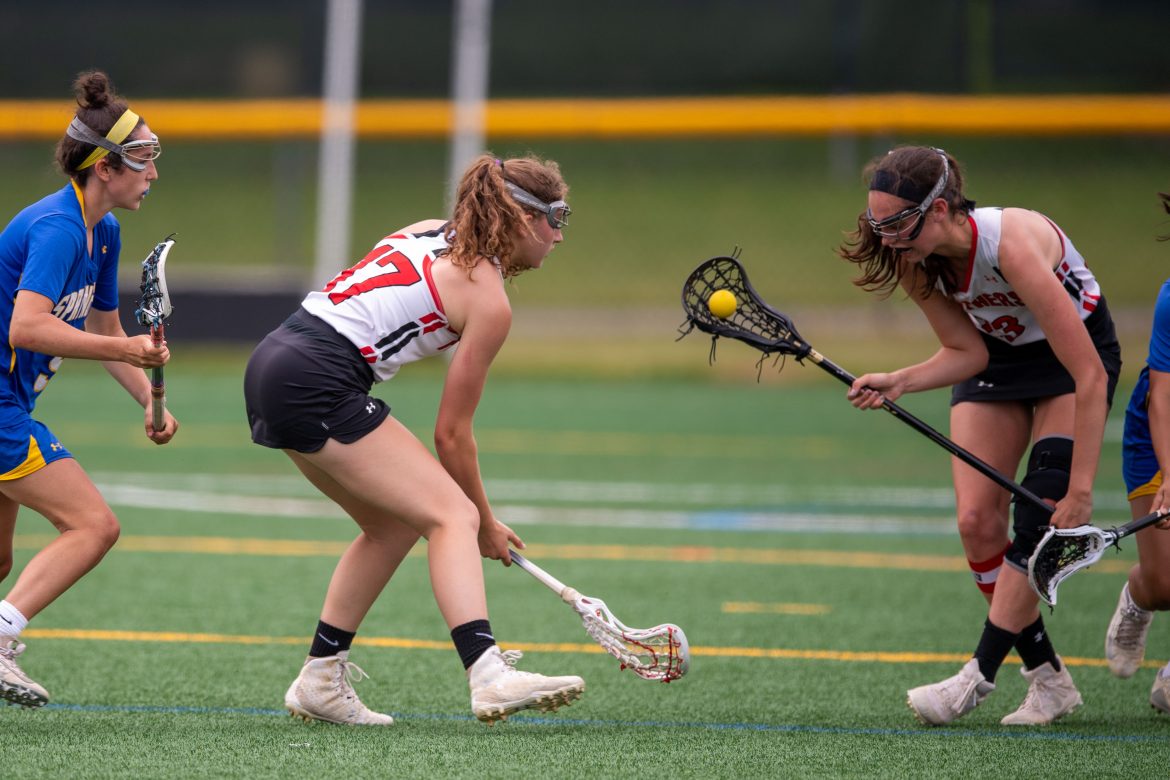 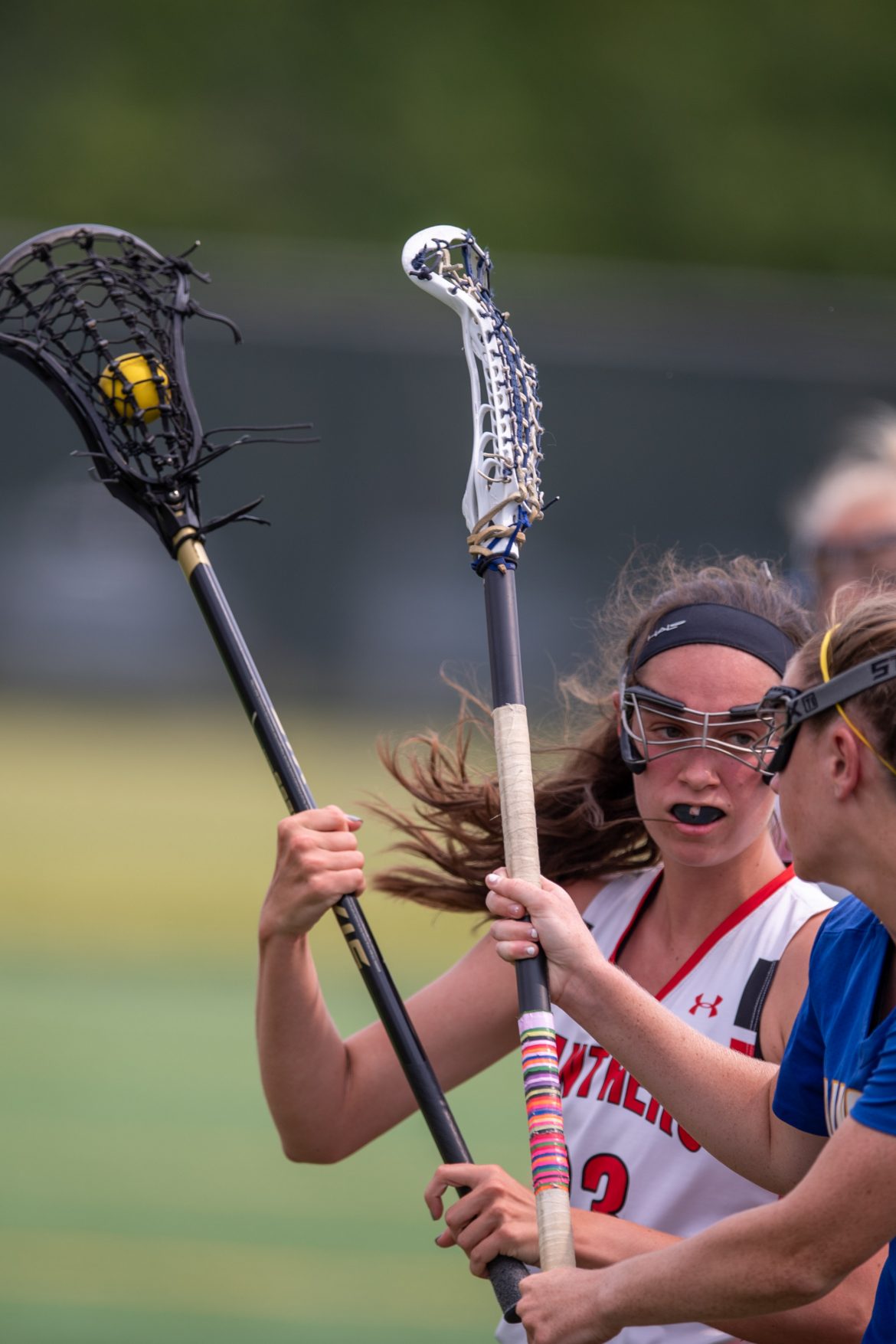 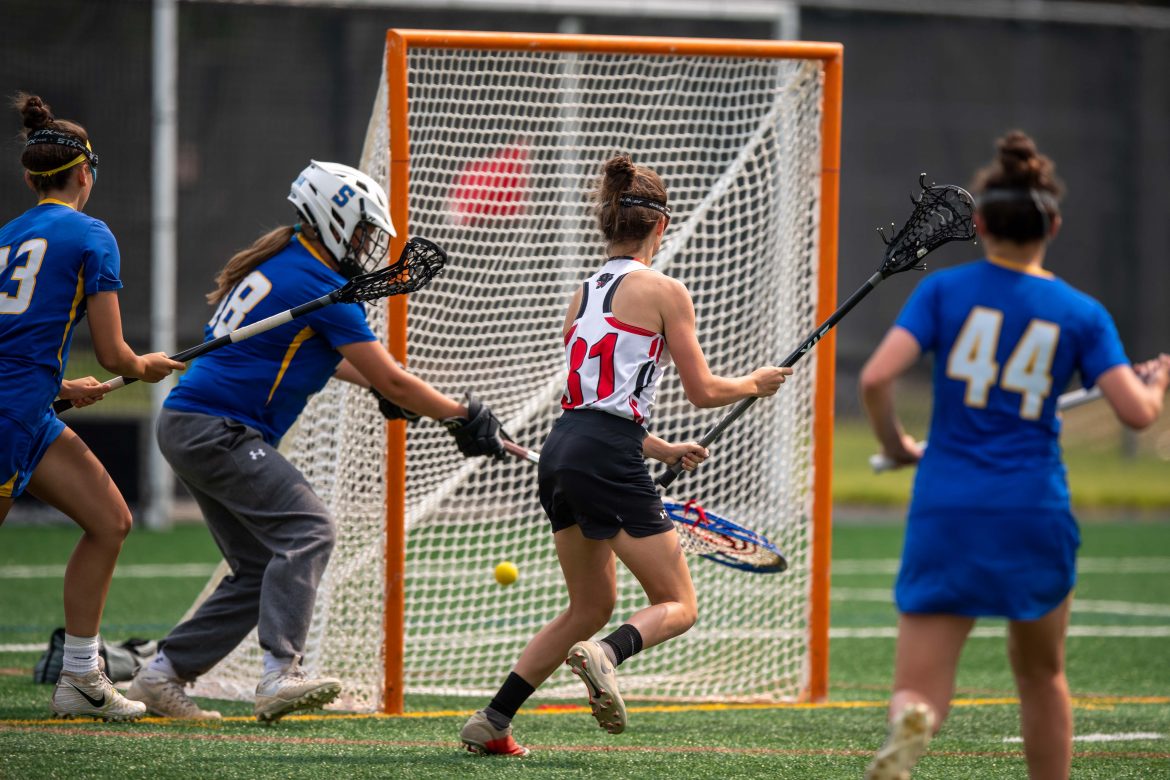 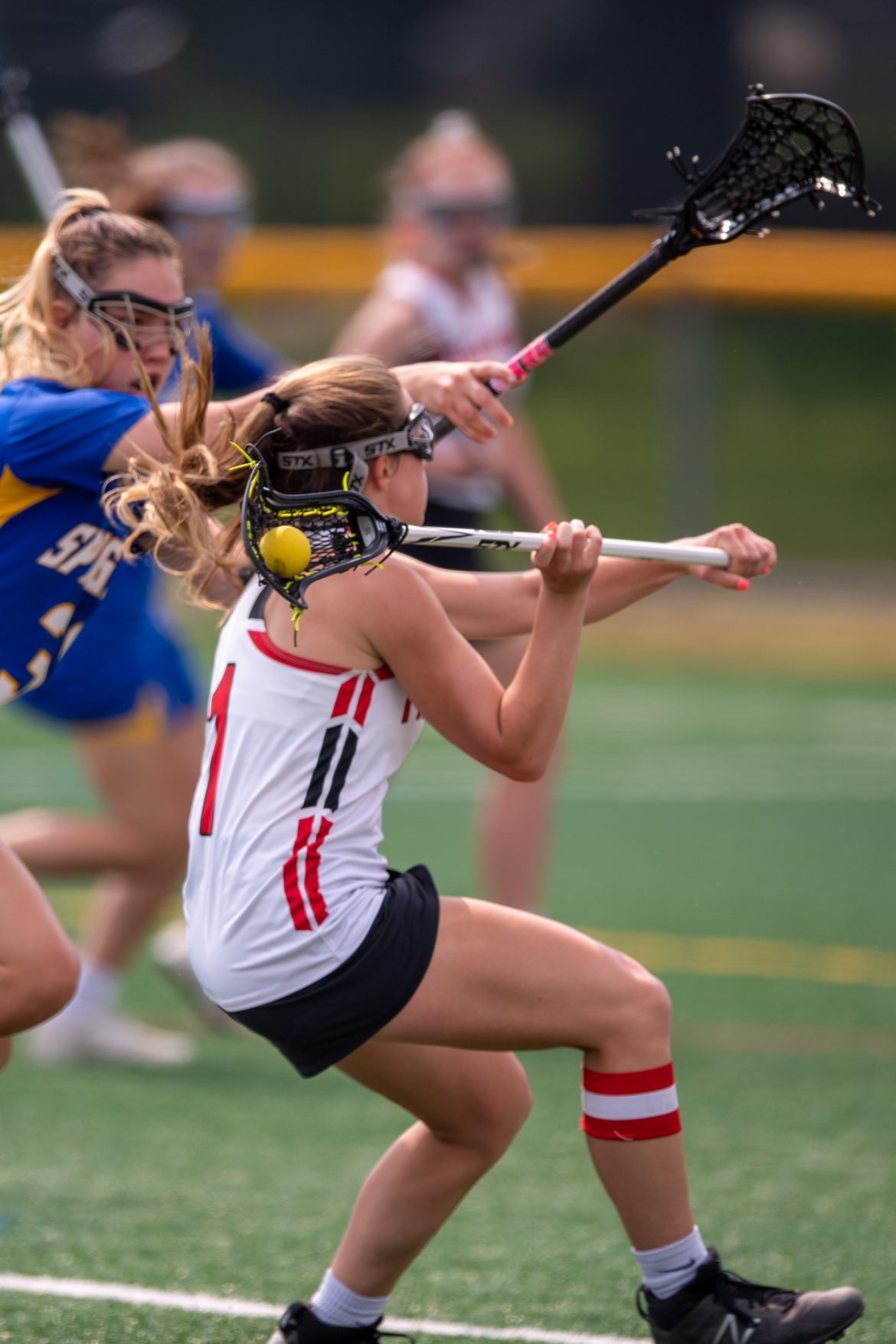 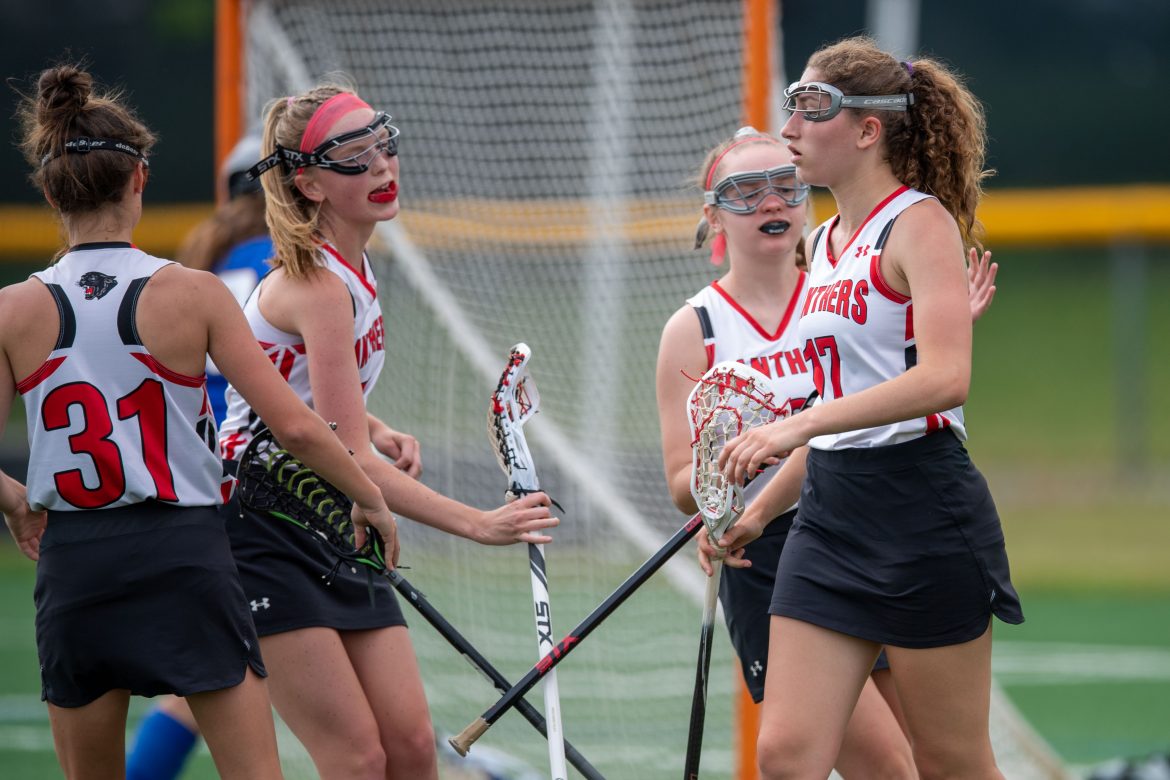 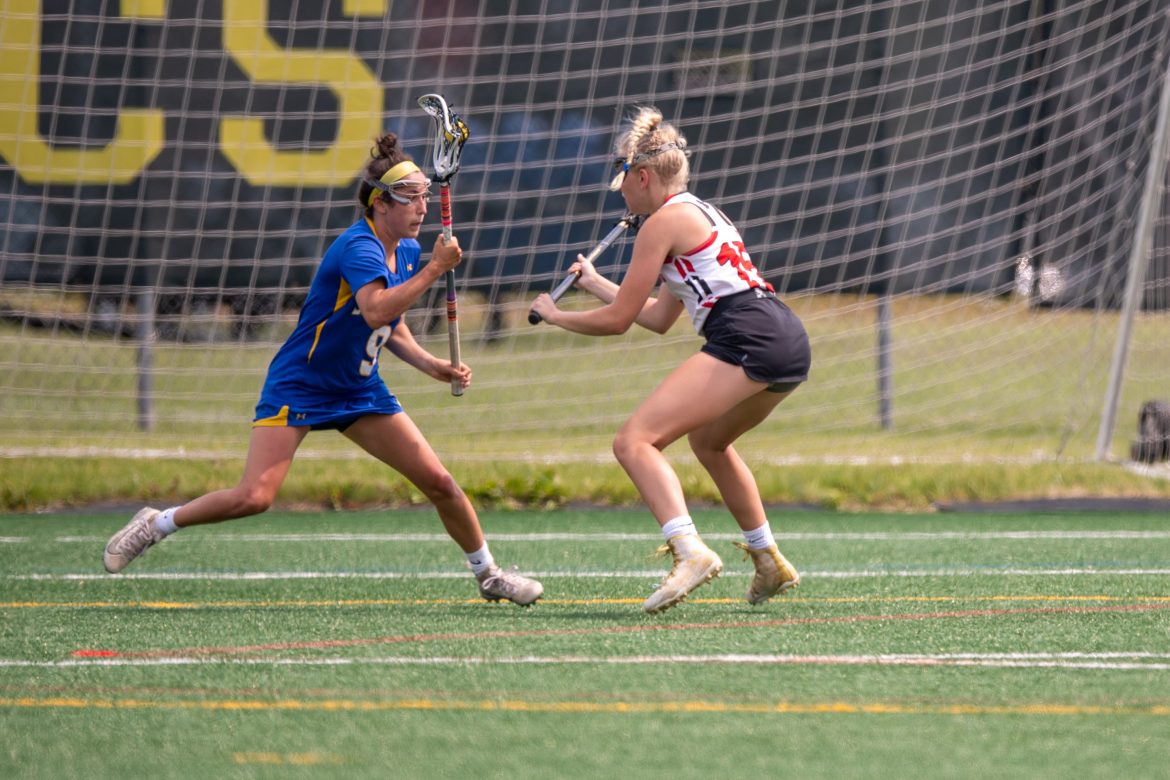 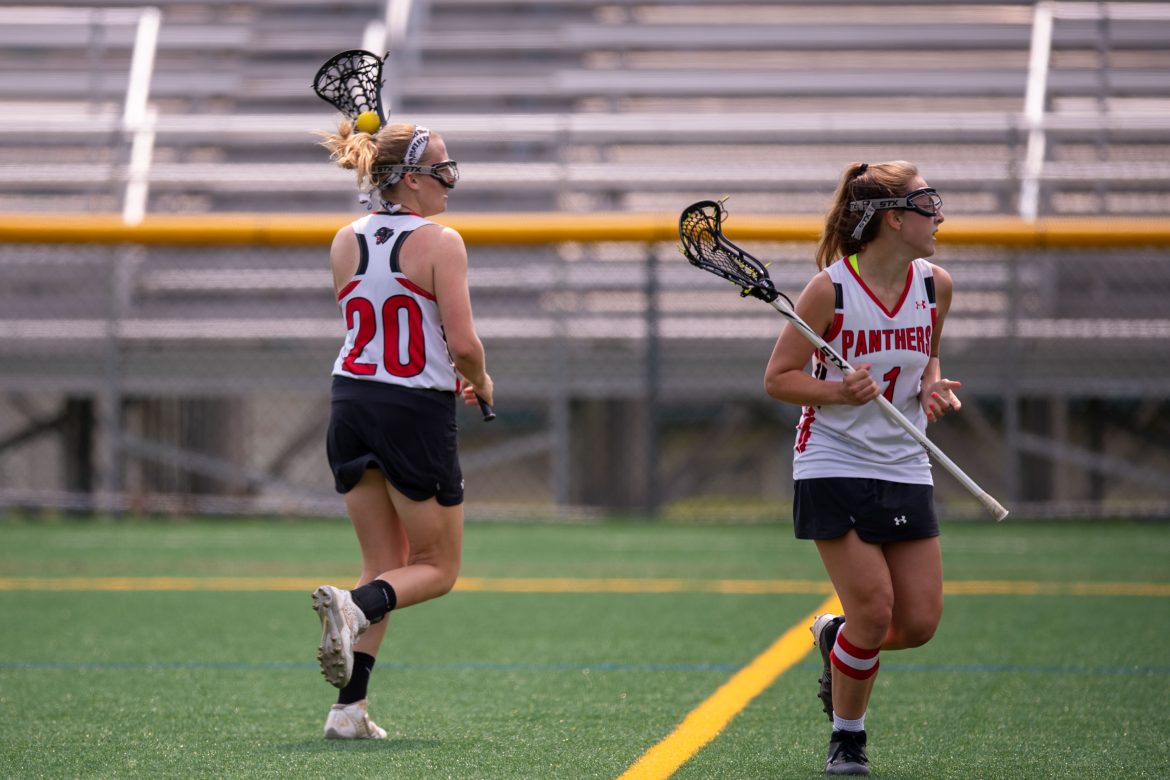 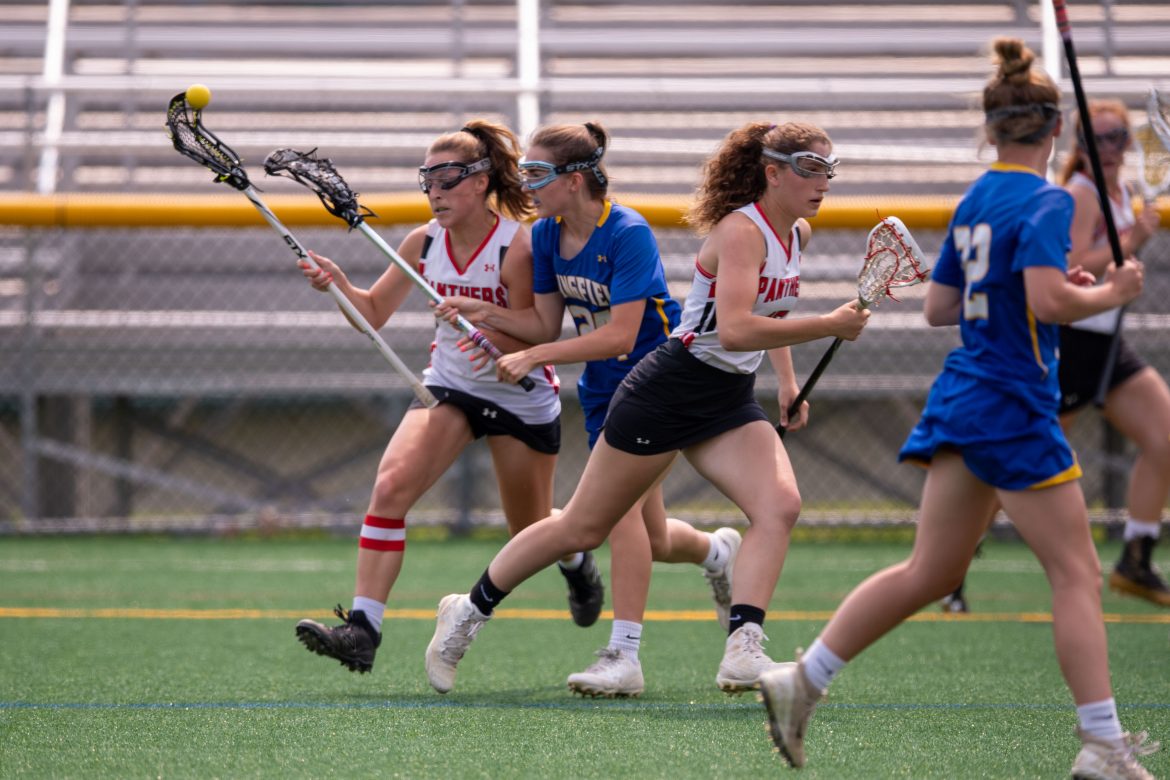 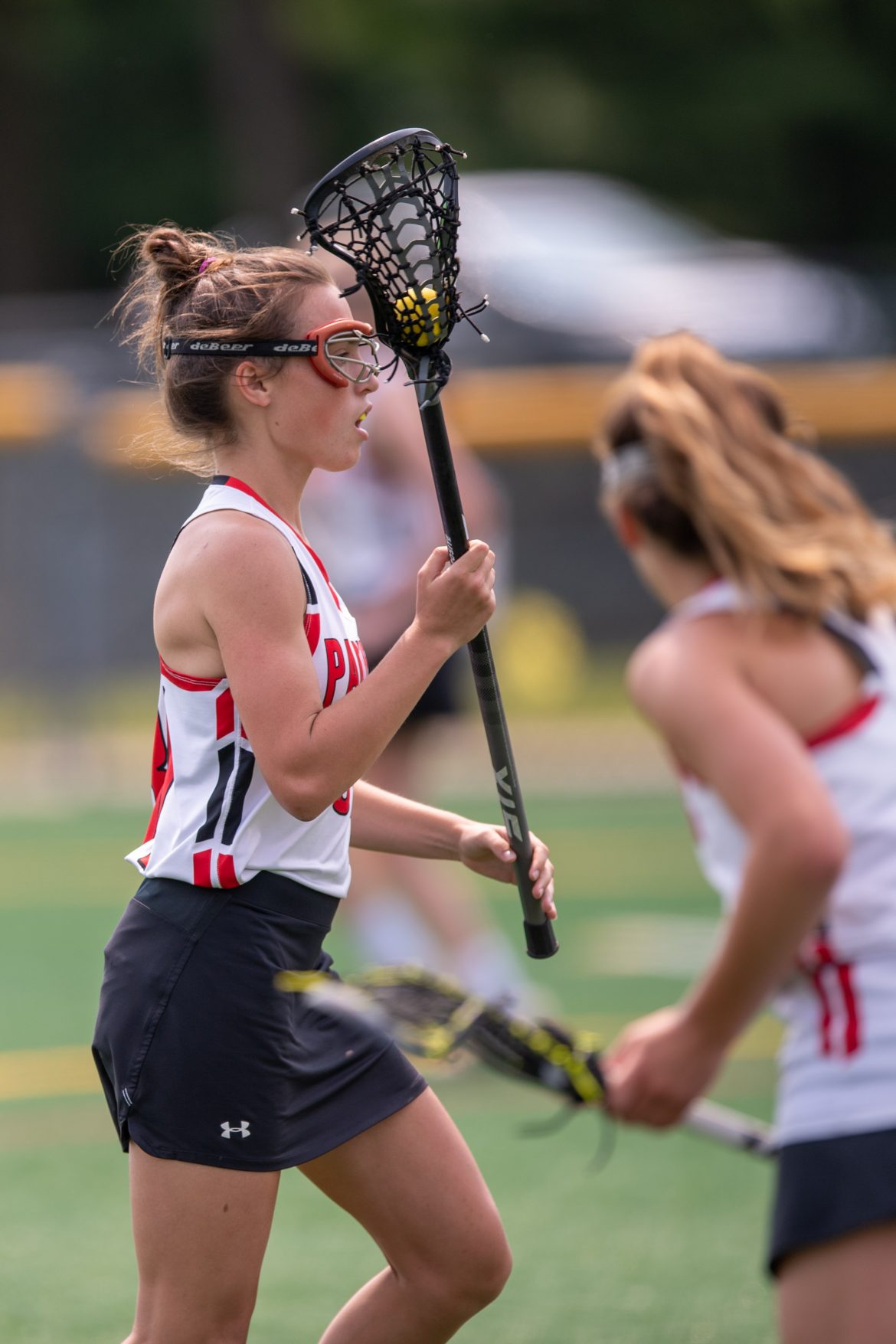 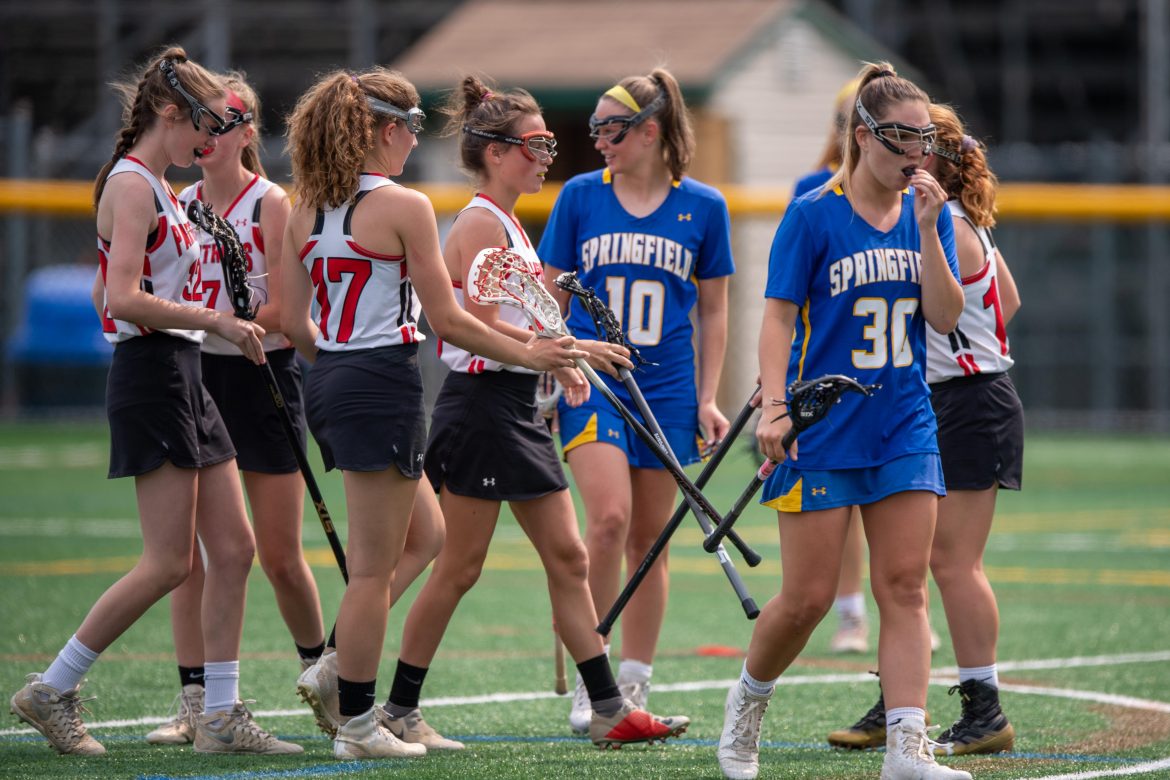