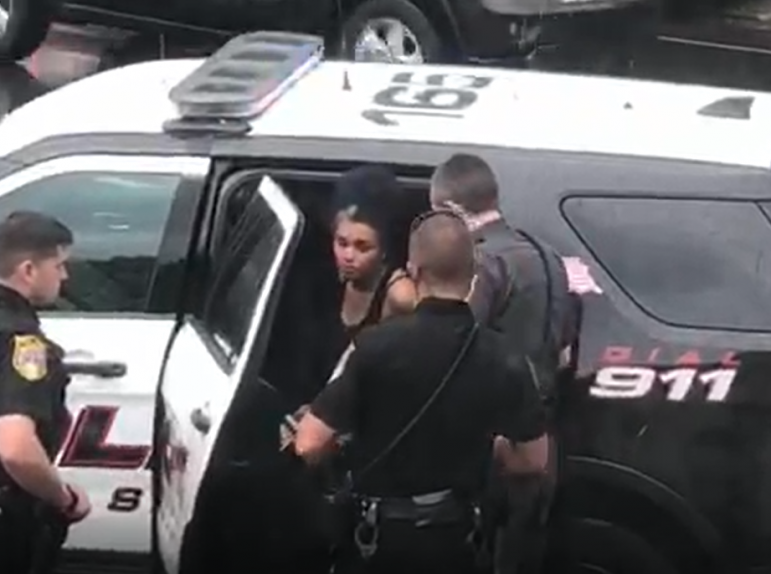 Kalah Breanne Smith, 22, of Allentown, is placed in a police vehicle following her arrest at the scene of a May 30 Leithsville Road accident Lower Saucon Township Police say she caused while driving intoxicated.

A 22-year-old woman is facing DUI and child endangerment charges, according to Lower Saucon Township Police, who say she was drunk with her two young children in the car when she allegedly caused a crash on Leithsville Road near the township’s border with Hellertown borough late last month.

On the afternoon of May 30, Kalah Breanne Smith, of the 700 block of Carldon Street, Allentown, was driving a 2004 Mercedes-Benz sedan and “tending to her two children, one aged four years and the other 10 months…when the vehicle in front of her stopped suddenly and she collided with it,” Ofc. John Krchnavy wrote in the criminal complaint he submitted as part of an affidavit of probable cause filed at District Court 03-2-04 in the township.

After responding to the scene of the accident, Krchnavy said he spoke to Smith and “smelled a heavy odor of alcoholic beverage.”

Krchnvay wrote that he also observed Smith to be stumbling over her words. 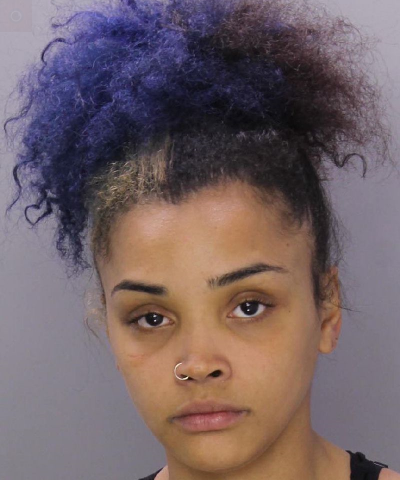 When he asked Smith if she had been drinking, Krchnavy said she initially said “no,” but admitted to drinking when he asked her the same question a second time.

When he asked Smith if she had her children in the car with her at the time of the crash, Krchnavy said that, again, she initially said “no,” but replied in the affirmative the second time he asked her that question.

Krchnavy said he also learned from Smith that she was driving without a license and has never possessed a valid driver’s license, according to the criminal complaint, in which he wrote that Smith failed both field sobriety tests and a Breathalyzer test administered to her at the scene.

Krchnavy did not specify whether or not any injuries resulted from the crash, but Dewey EMS along with Hellertown Police officers also responded to the scene of the accident. 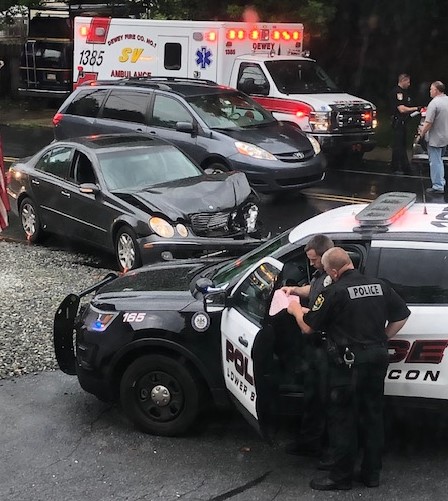 This photo taken by a witness to the accident scene shows Smith’s 2004 Mercedes-Benz sedan with front end damage as a result of the crash. Dewey EMS responded to the crash scene along with police from Lower Saucon Township and Hellertown borough.

Smith has been charged with two misdemeanor counts of endangering the welfare of children and two misdemeanor/first offense counts of DUI, including one for DUI: Highest Rate of Alcohol (BAC of .16 Percent or Higher). She was also cited for driving without a license and following too closely, according to court records.

Following a preliminary arraignment before District Judge Patricia Broscius May 30, Smith was freed on $2,500 unsecured bail, the records indicated.

A preliminary hearing in her case is scheduled to be held Friday, July 5 at 9:45 a.m. before District Judge Alan Mege at the district court in Lower Saucon Township. 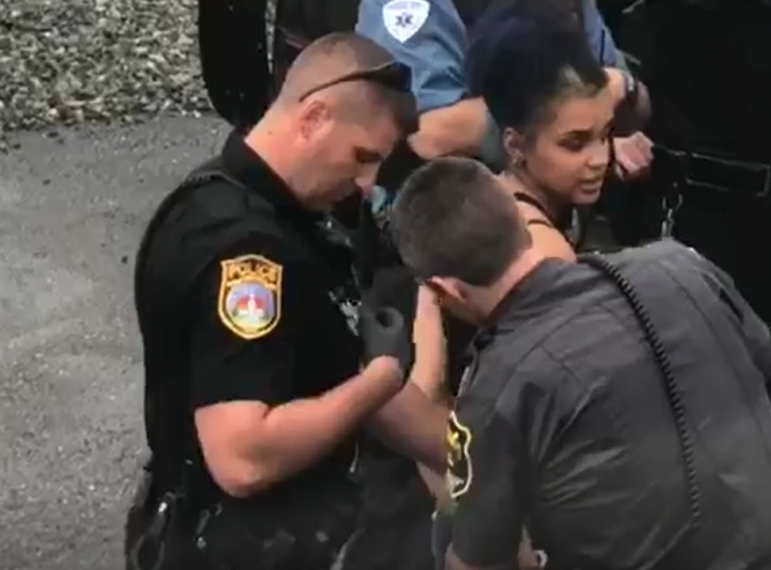 Kalah Breanne Smith, 22, of Allentown, is taken into custody by local police officers at the scene of the May 30 DUI accident police say she caused.