A Hellertown man is charged with driving under the influence of a controlled substance after he reportedly overdosed and had to be revived by first responders in the middle of a busy Lehigh County roadway earlier this month.

In a news release issued Tuesday, Pennsylvania State Police at Bethlehem said Matthew Maric, 38, was “unresponsive” in a red Ford pickup truck that was “parked” in the middle of the intersection of Airport Road and Airport Center Road in Hanover Township, Lehigh County, when officers arrived at the scene shortly after 11:15 a.m. June 3. 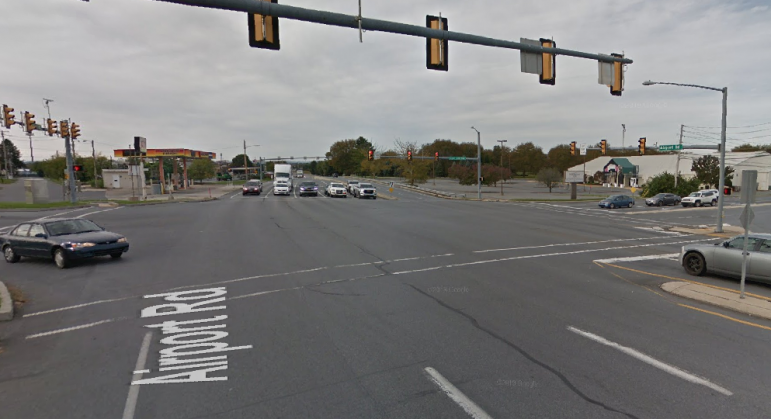 Pennsylvania State Police at Bethlehem say Matthew Maric of Hellertown was charged with DUI after he allegedly overdosed in a truck that was stopped in the middle of this intersection in Hanover Township, Lehigh County, the morning of June 3.

“Upon arrival…troopers quickly determined that…Maric had overdosed from suspected opiates and was in need of immediate medical assistance,” the release stated.

Police said that after troopers administered two doses of the overdose reversal drug Narcan and rendered first aid to him, Maric was revived.

Police said the charges against Maric were filed in District Court 31-1-05 in Allentown.