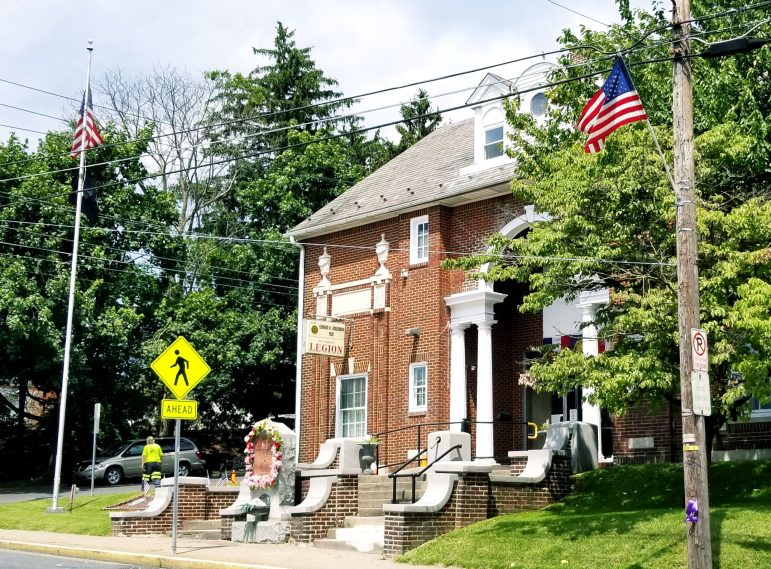 The 100-year-old Hellertown American Legion wants to attract more members and guests, and doing that without an eye-catching sign is a challenge, Commander Eric Medei told borough council Monday.

That’s why the Legion hopes to install a digital sign outside its landmark building at 935 Main Street.

Although it would be an electronic sign, the messages displayed on it would be static, Medei stressed.

“It’s just to promote our events, basically,” he said. “Right now people drive by and they say, ‘Oh, I didn’t even know there was a Legion there.'”

Medei said the message displayed on the sign would change weekly.

Because the Legion building is located in a mixed use zoning district–in which electronic signs are not permitted–and because it is also located within 100 feet of a residence the organization needs a variance in order to install the proposed sign.

Zoning officer Kris Russo said the borough’s Zoning Hearing Board will consider that request at its meeting July 17 at 6:30 p.m. at Borough Hall.

At Monday’s meeting, council had the option to support, oppose or reserve comment regarding the proposal. Ultimately, council voted 6-1 to support it, with councilman James Hill voting against the motion.

“I’m satisfied with the ordinance as it stands,” he said, adding that the Zoning Hearing Board can reach its own conclusion without council’s input.

Council president Tom Rieger said he would like council to review the amendment to its sign ordinance that deals with digital signage, and in a separate motion council voted 7-0 to do that.

“Signage has changed a lot since that (amendment) was adopted 10 years ago,” Rieger said. “I think we want to maintain some sort of a standard.”

Under the current ordinance, digital signs are only permitted in the borough’s shopping center and highway commercial zoning districts, which essentially relegates their use to either end of Main Street in the borough.