On the eve of Independence Day, when many local residents will celebrate the national holiday with their own colorful displays of fireworks, local officials are reminding them that in spite of the legalization of fireworks in Pennsylvania there are rules that still must be followed when using them.

In a message that was shared via the borough’s email notification system, Hellertown Police Chief Robert Shupp noted that fireworks cannot be lit within 150 feet of any occupied structure, which means they are illegal in most yards within the borough due the proximity of homes to one another. 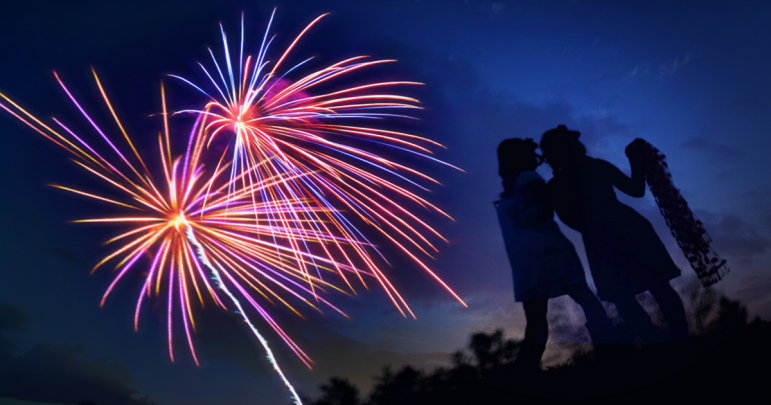 Their use is also illegal on public property–including borough streets and sidewalks–and no consumer fireworks may be discharged after 10 p.m. under Borough Ordinance 824, which was adopted after the Commonwealth legalized the sale and purchase of consumer fireworks in late 2017.

“Anyone violating this Ordinance shall have their fireworks confiscated and destroyed and the owner shall be responsible for the storage and destruction of the fireworks,” Shupp said. “Violators are also subject to a fine of not more than $1,000.00, per violation, and may be imprisoned to the extent allowed by law for the punishment of a summary offense. Please be safe and remember to be courteous to your neighbors and other residents of the Borough of Hellertown.”

Other rules that pertain to fireworks in the borough include:

Borough residents complained last month at a council meeting about the use of fireworks by town neighbors, citing scared pets, veterans with post-traumatic stress disorder and the fear of burning materials landing on their properties as some of the reasons they are opposed to their now-frequent use.

Lower Saucon Township has its own fireworks ordinance–adopted in the spring–which is similar to Hellertown’s, and township residents also recently complained at a council meeting about the effects of fireworks on their quality of life.

The township’s ordinance differentiates between consumer fireworks and display fireworks, with additional rules in place for permitted displays.

As in Hellertown borough, no person may intentionally ignite or discharge consumer fireworks within 150 feet of an occupied structure in the township.

It is also illegal to discharge them between the hours of 10 p.m. and 9 a.m.

For additional information, review the township’s fireworks ordinance, which is published on the Lower Saucon Township Police Department’s Crimewatch site.

For the Borough of Hellertown’s fireworks ordinance, click here.