UPDATE (July 16): The Springfield Township Police Department announced via Crimewatch Tuesday that Christopher Brian Ratican was arrested on the firearm charges for which he was being sought.

The Springfield Township Police Department is asking for the public’s help with locating a man who is charged with allegedly providing false information in an attempt to purchase a firearm. 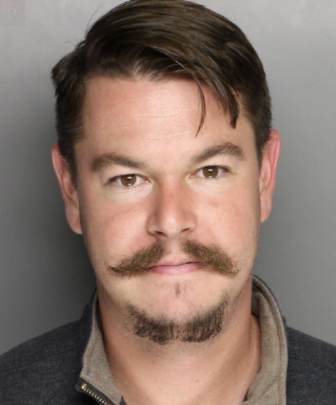 In a post published on their Crimewatch site Monday, police said they have a felony warrant for the arrest of Christopher Brian Ratican, 36, who allegedly attempted to make the purchase at Donley’s Gun Shop at 1541 N. West End Blvd. (Rt. 309) in the township.

According to online court records, in addition to two Felony 3 counts of making a materially false written statement in order to purchase, deliver or transfer a firearm, Ratican is charged with two Misdemeanor 3 counts of “Statement Under Penalty.”

The court record lists Ratican’s last known place of residence as Philadelphia, however online public records list a Coopersburg address for him.

Ratican is described by police as 5 feet 9 inches tall and weighing 195 pounds, with brown hair and brown eyes.

Anyone with information about Ratican’s whereabouts is asked to contact the Springfield Township Police Department at 610-346-7600 or to submit a tip via their website.