In a Pennsylvania where our children have the mental health resources they need, Phillip Spruill Jr. would be entering sixth grade this school year.

In that Pennsylvania, Phillip’s laughter would mingle in the hallways of Benjamin B. Comegys School in Philadelphia with that of his classmates, as a new academic year flush with possibilities begins.

In that Pennsylvania, Phillip would feel supported, he would have the proper guidance to work through the bullying that many children his age endure, and maybe the bullying would be lessened, because other children in his public school would have the resources they need, too.

In a Pennsylvania where children have the mental health resources they need, Phillip’s parents, Phillip Sr. and Lindarise Spruill, would get to see their oldest child celebrate his 12th birthday this January, and many, many more birthdays after that one. In such a Pennsylvania, Phillip’s younger siblings wouldn’t grow up without the guidance and protection of their big brother. 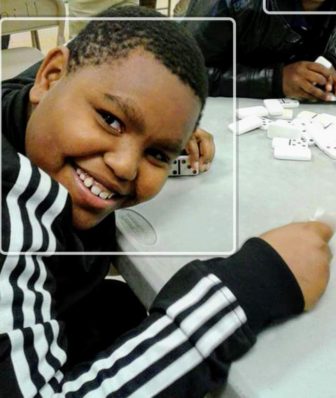 Phillip Spruill Jr., of Philadelphia, committed suicide in April after he was bullied in school because of his weight.

In a Pennsylvania where our children have the mental health resources they need, Phillip Spruill Jr. would still be alive.

But we don’t live in a Pennsylvania where our children have the mental health resources they need.

That Pennsylvania–one where children have access to the help they need–is the one I want to build.

Phillip’s Law will help us do it.

I introduced Phillip’s Law, which has bipartisan support, after 11-year-old Phillip Spruill Jr. died by suicide on April 5 of this year. Phillip had been bullied by his classmates because of his weight.

Phillip was unable to connect with a mental health professional at school on April 5. He went home after school that day and took his own life.

He was found by one of his younger brothers that night.

Devastatingly, Phillip’s story is not unique.

According to the National Suicide Prevention Lifeline, suicide is the second leading cause of death for young people between the ages of 10 to 24 nationwide.

Earlier this year, a statewide anonymous reporting system called Safe2Say rolled out in Pennsylvania, providing a tip line for students and administrators to report threats of violence before they happen.

In August, Pennsylvania Attorney General Josh Shapiro, whose office oversees the Safe2Say program, released a report indicating that most of the more than 23,000 calls made to the tip line in its first six months were from children reporting bullying, self-harm, suicide ideation and depression and anxiety, and not school threats.

Our children are talking to us. They’re telling us what troubles them and what they need from us.

They have used a tip line intended to report threats to report the trouble they’re experiencing with mental health issues.

Unfortunately for Phillip Spruill Jr., his family and all who loved him, there was no one available to listen to him on April 5, to hear the anguish that pushed him to take his own life.

The reality that Phillip’s family has lived with every day since his death does not need to be repeated by any other family in Pennsylvania.

We must ask ourselves, what kind of Pennsylvania do we want to live in? One where our children are heard and helped with the mental health resources they need? Or one where they are ignored?

The first step to giving our students those necessary mental health resources is to enact Phillip’s Law so we can gather the data needed to explore how we can increase the number of mental health professionals in schools and start saving lives.

As students head back to school this year, the time for Phillip’s Law to be enacted is now.

State Rep. Malcolm Kenyatta represents the 181st Legislative District in Philadelphia. Opinion editorials of local and regional concern may be submitted to josh@sauconsource.com for consideration for publication.