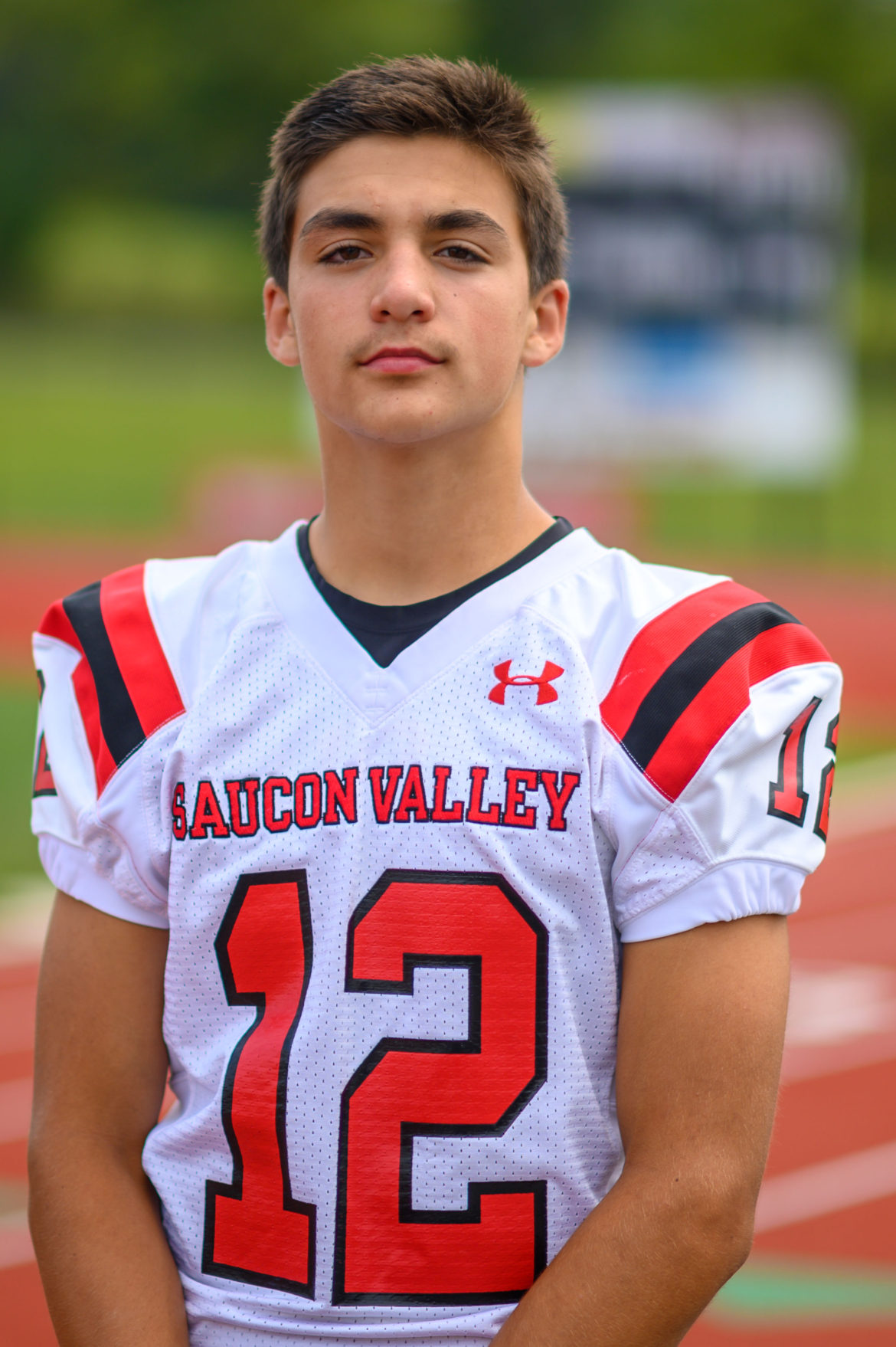 Friday night at Palmerton, the Saucon Valley Panthers found themselves in an early dogfight against the Blue Bombers.  The two teams traded scores and Palmerton was on the prowl for more. With the two teams knotted 14-14 the Bombers were looking to score on their third consecutive possession.  The Panthers were desperately trying  to stop the high-octane Bombers but weren’t having much luck.  Until,………The strip that led to six!

Palmerton was back in business and moving the ball against the Saucon Valley defense.  On a drive that started at their own 25-yardline, the Bombers were able to advance all the way to the Panther 35-yardline in only four plays.  On the next play, Palmerton dialed up another jet-sweep. But, after a 10-yard gain, Dante Mahaffey from his cornerback position was able to strip the ball away from the Bomber running back at the Panther 25-yardline.  Mahaffey’s Panther teammate, Chris Orlemann, scooped the fumble and returned the ball the other way back to the Panther 42-yardline.

Check out the Mahaffey’s strip that led to six!

Saucon took full advantage of the takeaway and went on a 12-play drive for another touchdown.  Junior fullback Chris Mann powered up the gut for a 9-yard blast to end all first half scoring.  The Panthers took a 21-14 leading into the halftime break and held on for a 35-14 victory over the Blue Bombers. 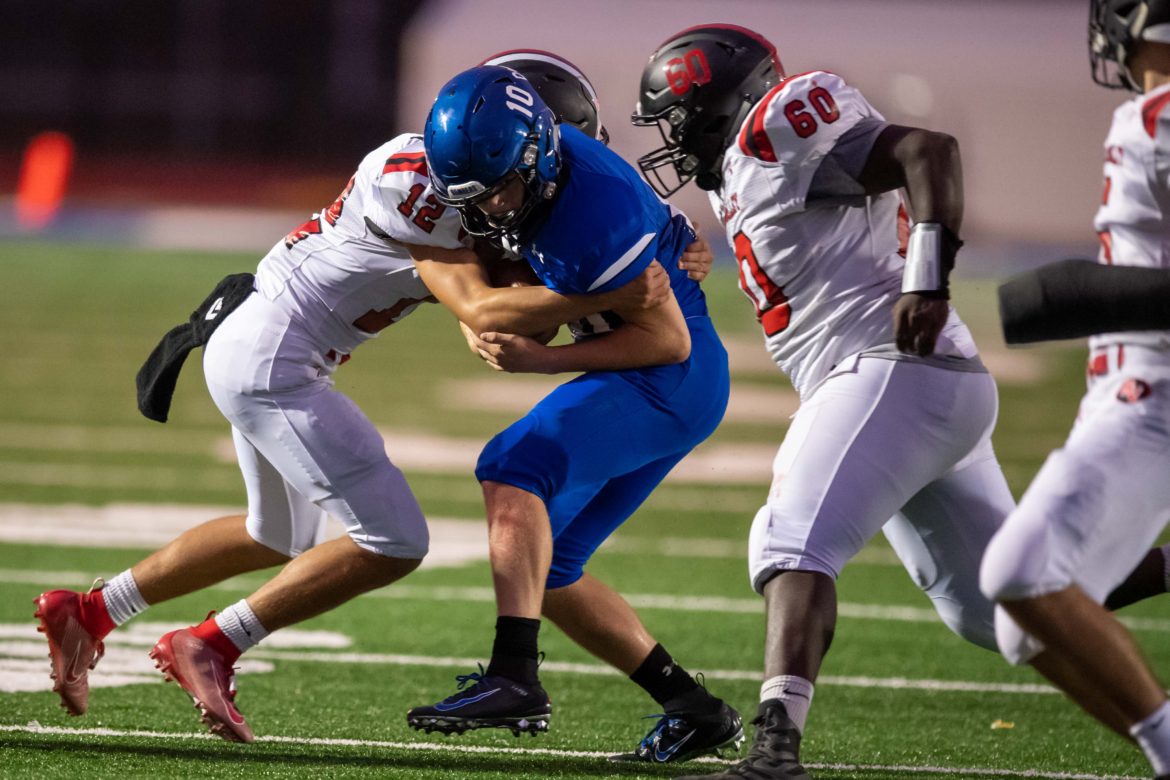 Dante Mahaffey creates a timely turnover for the Panthers.

Up Next: The Saucon Valley Panthers (2-1) will host a showdown with the Salisbury Falcons (2-1) on a special THURSDAY night football fight. Kickoff is scheduled for 7 p.m.