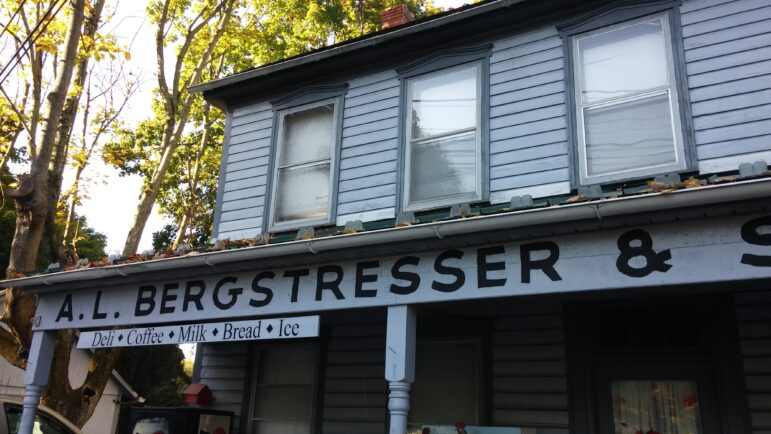 The exterior of Bergy’s Mall, as it’s long been colloquially known, has essentially remained unchanged since the late 19th century. After a four-year absence, a general store will soon once again be housed within the building’s walls. (FILE PHOTO)

It won’t be too much longer before residents of Wassergass in eastern Lower Saucon Township have a general store at which to purchase milk, bread, eggs and other staples.

Kim Safi, who is opening a general store and deli at Bergy’s in the heart of the ‘Gass,’ said Monday that she wants to open as soon as possible and expects to welcome her first customers some time in October.

Safi, of Salisbury Township, said she has run successful delis in the Allentown and Bethlehem area since 2002.

She said she is also familiar with rural Wassergass, as her uncle once had a farm off Apple Street.

In addition to all the ingredients for French toast, Safi said she’ll be selling things like lettuce, tomatoes, onions, candy, bottled drinks, bagels, muffins, and prepackaged foods like salads and sandwiches. Beyond that, she said she hopes customers will tell her what other things they would like her to stock or prepare.

Eventually she plans to make sandwiches to order on the premises, but due to a water test that indicated a higher level of manganese in the building’s well water than the DEP now allows, she said she won’t be able to do that immediately upon opening.

Safi said the water’s manganese level is not unusually high for the area, and she hopes to correct the problem by following DEP guidelines as soon as possible after opening.

“I hate to open not how I intended to open, but I want to get back to work,” she said.

Bergy’s General Store will have a Pennsylvania Lottery machine and an ice freezer.

The store will also sell things like propane, as well as women’s purses and some repurposed, gently used items in a ‘thrift store’ section.

Cash will be the only method of payment accepted, however there will be an ATM on site.

Seating will be available inside at five tables, and there is also bench seating outside, where there are seven parking spaces on either side of Lower Saucon Road, Safi said.

Once she has a dedicated water supply in the store she said she plans to make breakfast sandwiches, which were a popular item under the former proprietor, Charlotte O’Donnell, who operated her deli and store at Bergy’s until October 2015.

Safi said she plans to be open from 7 a.m. to 7 p.m., seven days a week, to start, with friends helping her to mind the store.

“The place is actually all ready to go,” she said Monday. “I’m going to try to open as soon as possible with what I have.”

Safi said she will also have a Facebook page for her business, which will be one of the only places to purchase food for miles in all directions.

The store is located at the intersection of Lower Saucon and Wassergass roads, where it has been a picturesque landmark since the late 19th century.