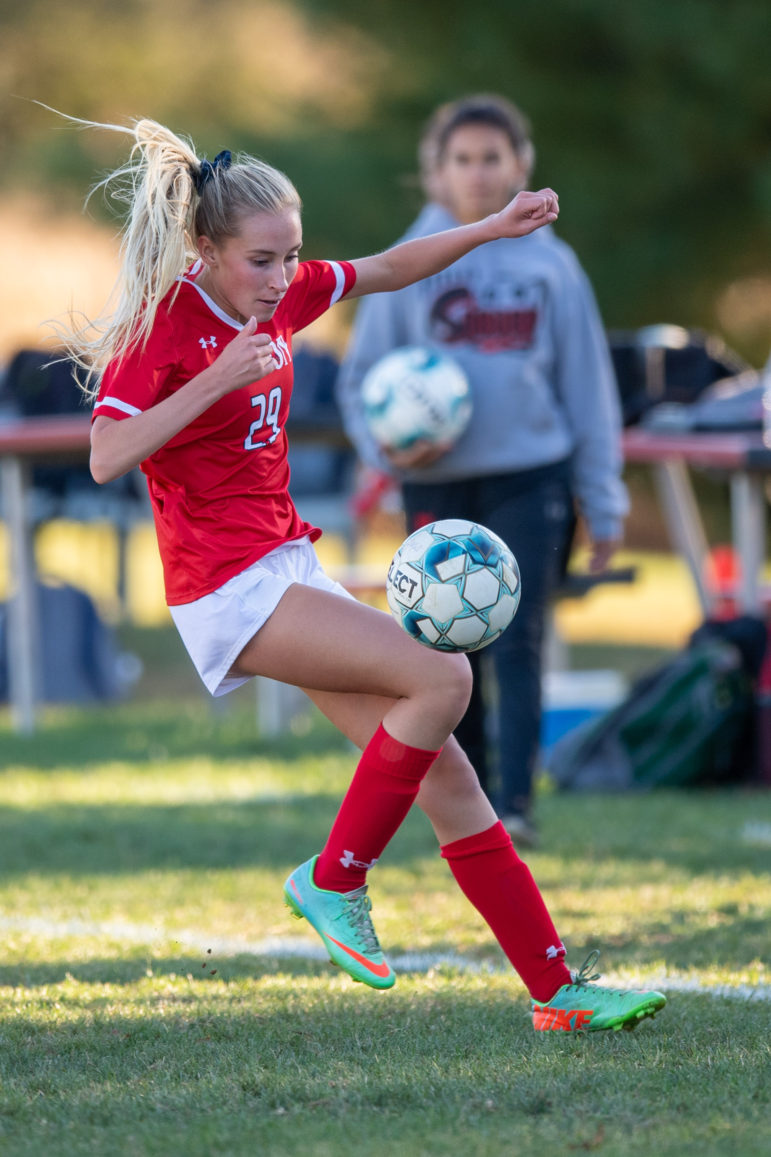 In a non-conference contest wrought with blinding sun and cautionary penalties, the Saucon Valley girls soccer team (10-5 overall) proved victorious over the Freedom Patriots (12-5 overall) on Saturday at home.

Within the first moments of play Panther Pressure drew the Patriot keeper out and senior striker Kiera Sager capitalized with a boot from the left and an early lead for Saucon Valley. The score at halftime was 1-0.

Then with 31:38 left to play, a perilous play at midfield that battered sophomore defender Ava Albano earned a Patriot player a yellow card–a cautionary punishment for misconduct–which was met with boisterous disagreement from the Patriot coach, who also earned a yellow card. Despite the distraction, senior sweeper Lexi Guerrieri readied a direct penalty kick from the 50-yard line and launched a rocket over the heads of 19 players and half the field, landing a bouncer in front of the goal that ricocheted over the keeper’s head and into the net, marking the second goal of the game and Guerrieri’s third goal on the season.

The Patriots battled, the Panthers rallied and the yellow cards continued to fly. Midway through the second half a jump ball at midfield earned a questionable yellow card against Saucon Valley and the ensuing penalty kick was swiftly cleared by the defense. At 10:21 a dangerous play against freshman stopper Camryn Gonsalves earned the Patriots their third yellow card and the fourth for the game. A final score of 2-0 earned the Panthers their seventh shutout of the season and their third victory in four seasons against the Patriots.

On scoring so early Sager commented, “I think that put our entire team in a good head space and gave us a lot more positive energy that lasted throughout the rest of the game to lead us to getting the win. It definitely felt great to be able to score against another really talented team in the very beginning of the game.”

Describing the midfield kick that landed in the net Guerrieri said, “I saw Sophia (Riehl) so I kicked the ball hoping it would drop between her and the goal so she could run onto it and put it in the net, but when I saw it bounce and go in I didn’t think it was real until all of my teammates ran towards me cheering and hugging me. It was unexpected but definitely my favorite goal of the season and of all my four years.”

“In a physical game full of yellow cards it can be hard to keep your cool. Our girls kept a level head, played hard and scored two terrific goals against a much bigger school,” said Head Coach Stevie Ochse on the result.

The Panthers play their final conference game of the regular season on Tuesday, Oct. 8 at 7 p.m. at Palisades in Kintersville. They then travel to Crestwood in Mountain Top on Thursday, Oct. 9 for a 4:15 p.m. kickoff.

Photos by Chris Christian. To see more, please scroll down or visit his website, where you can purchase these and other Saucon sports photos. 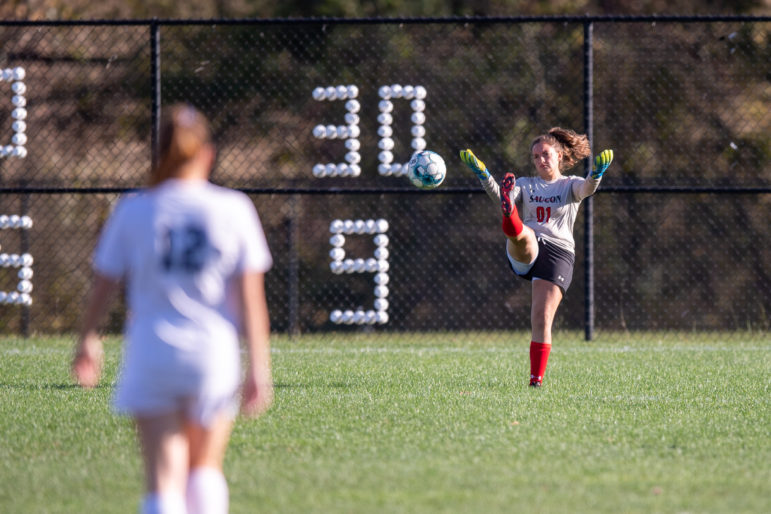 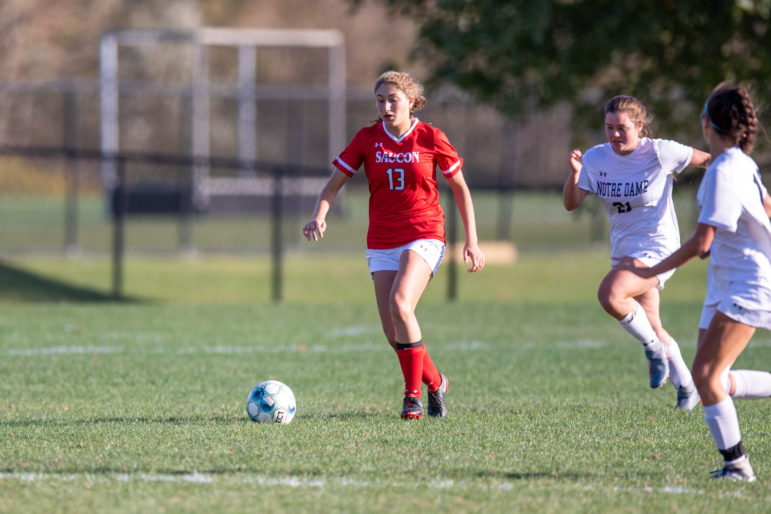 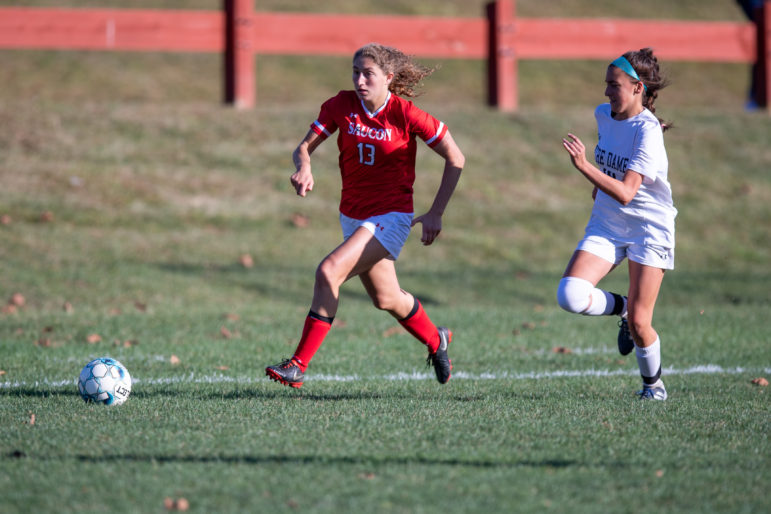 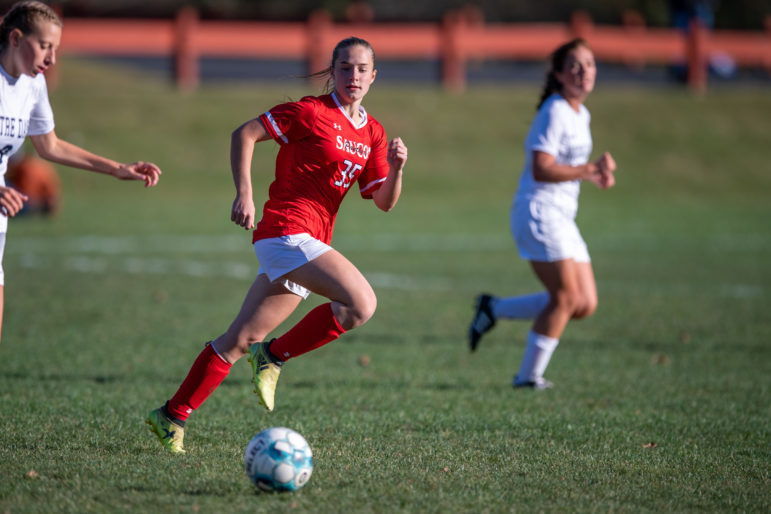 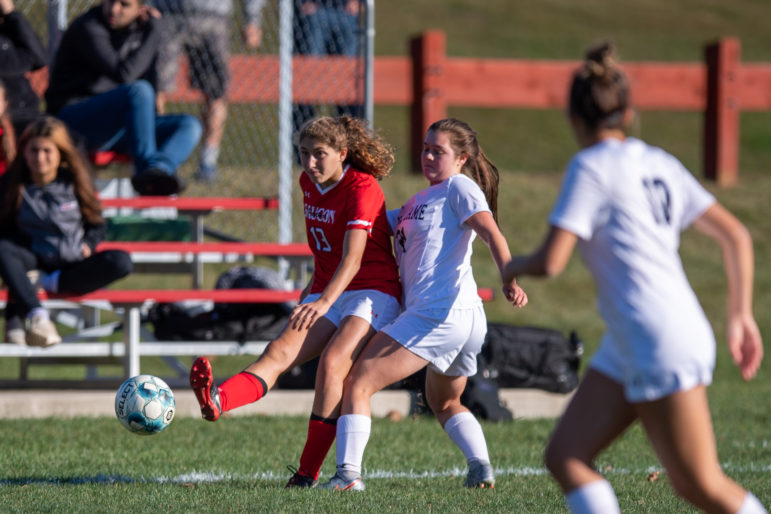 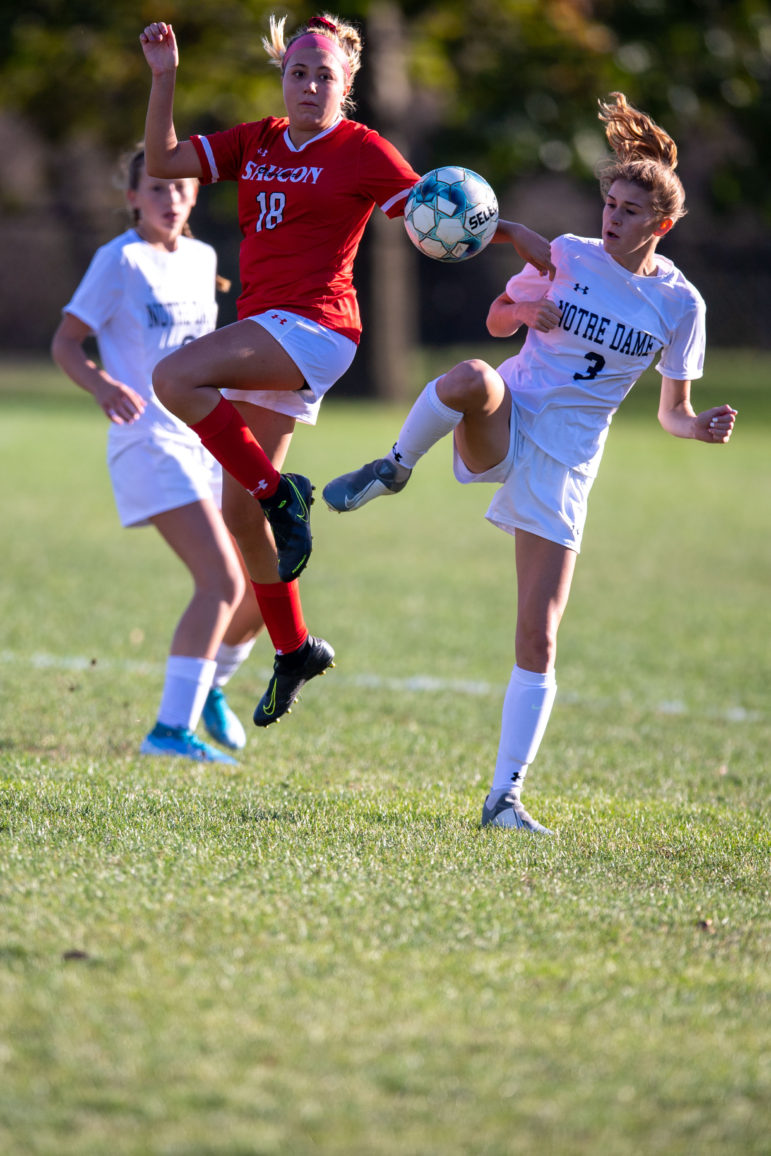 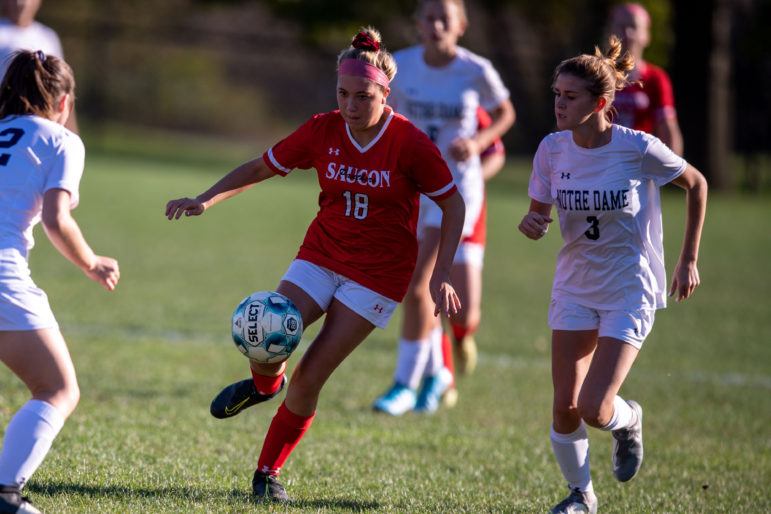 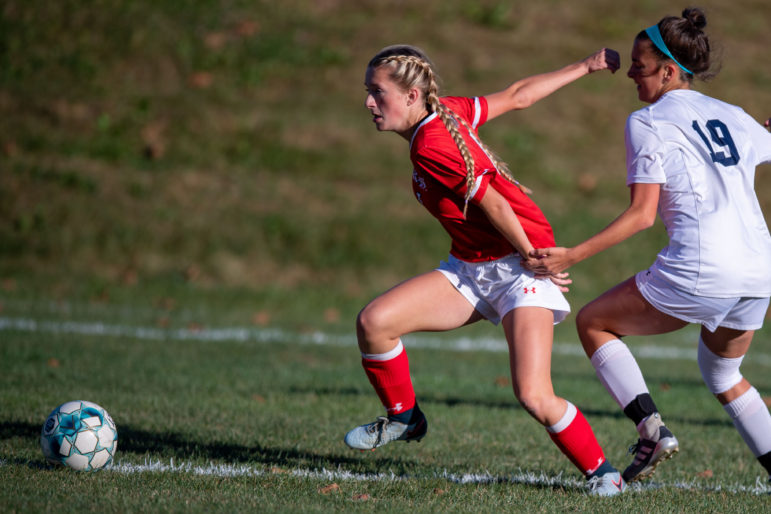 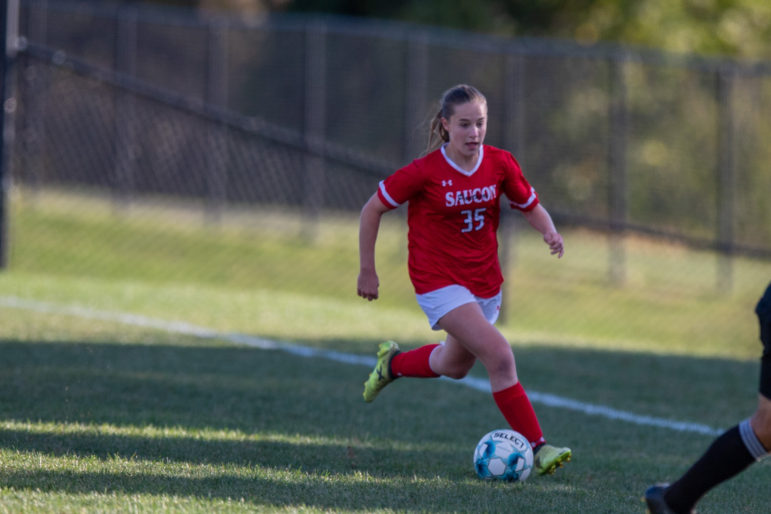 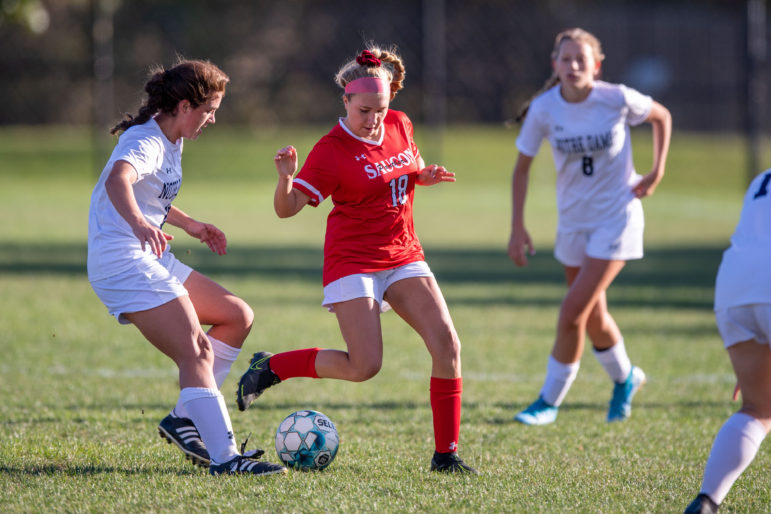 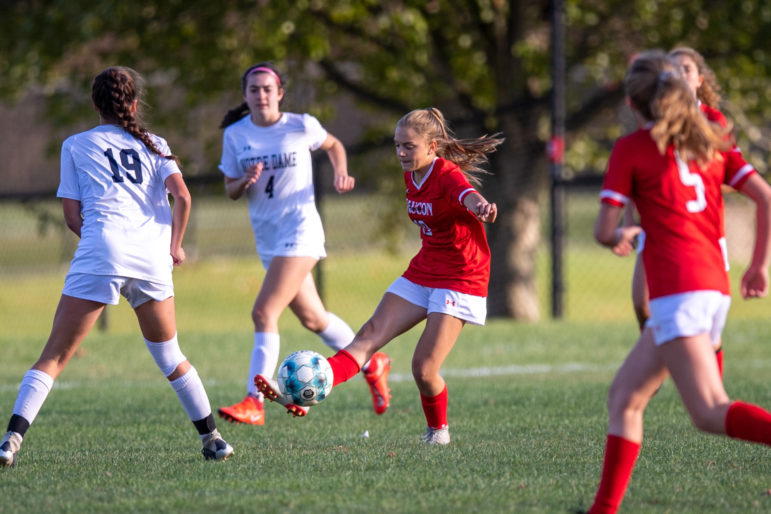 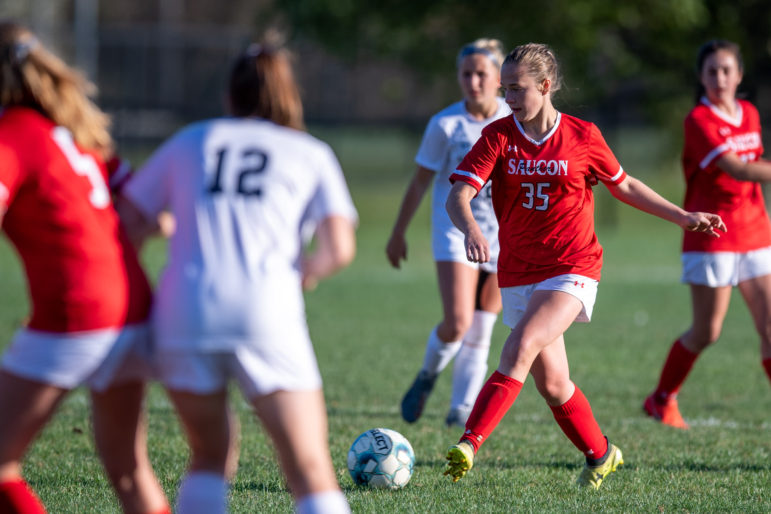 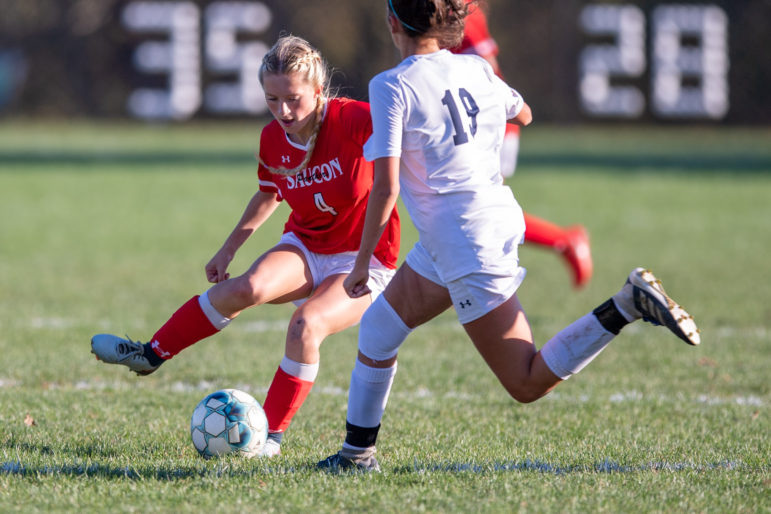 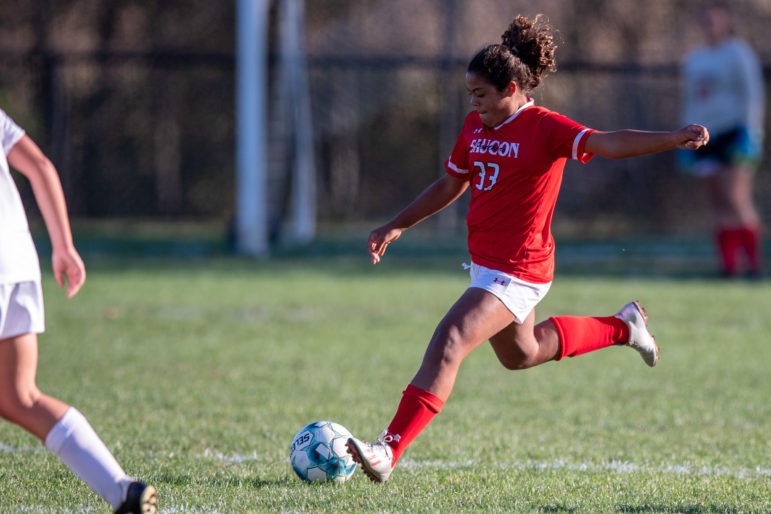 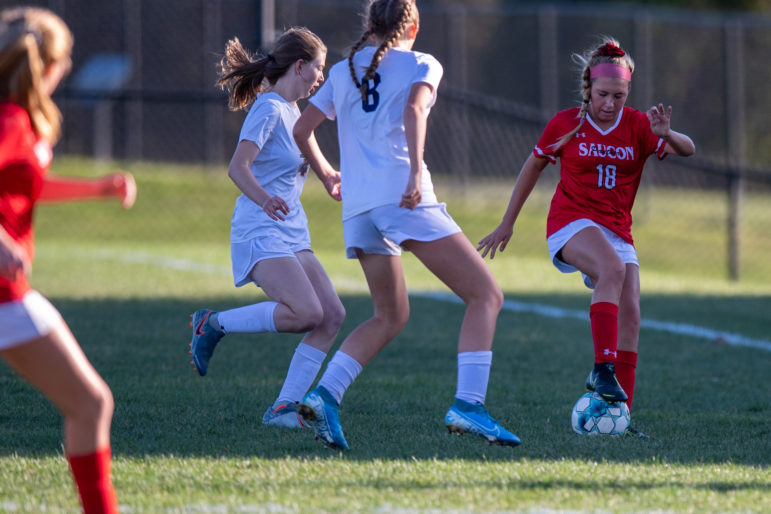 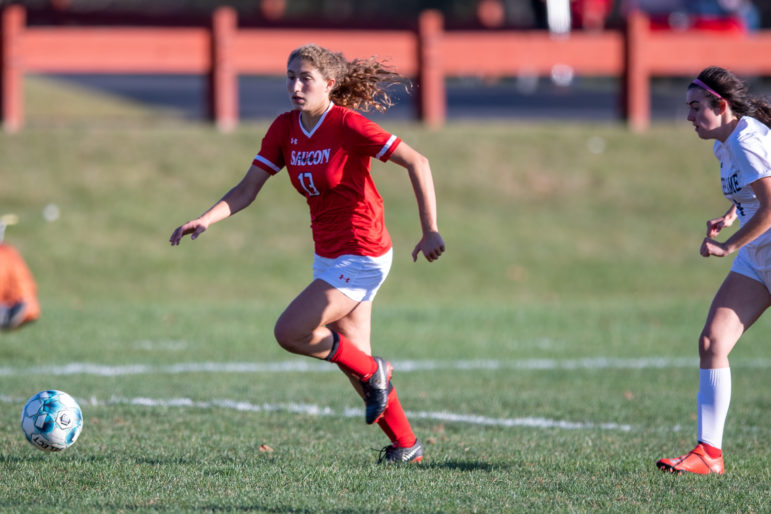 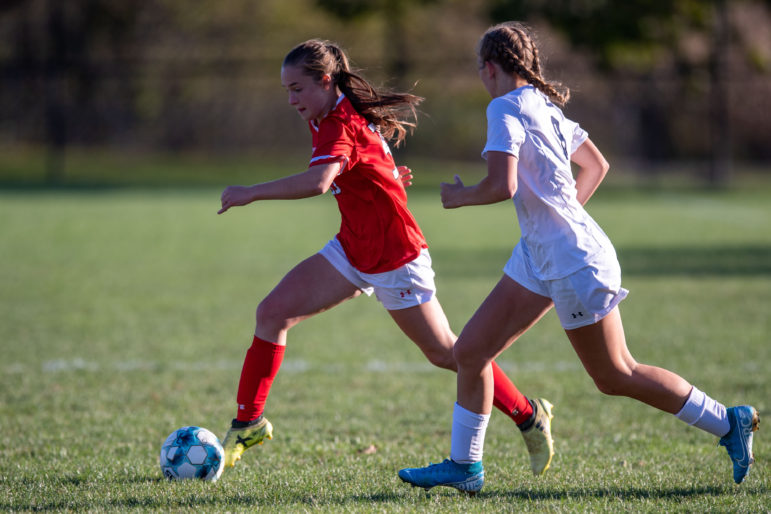 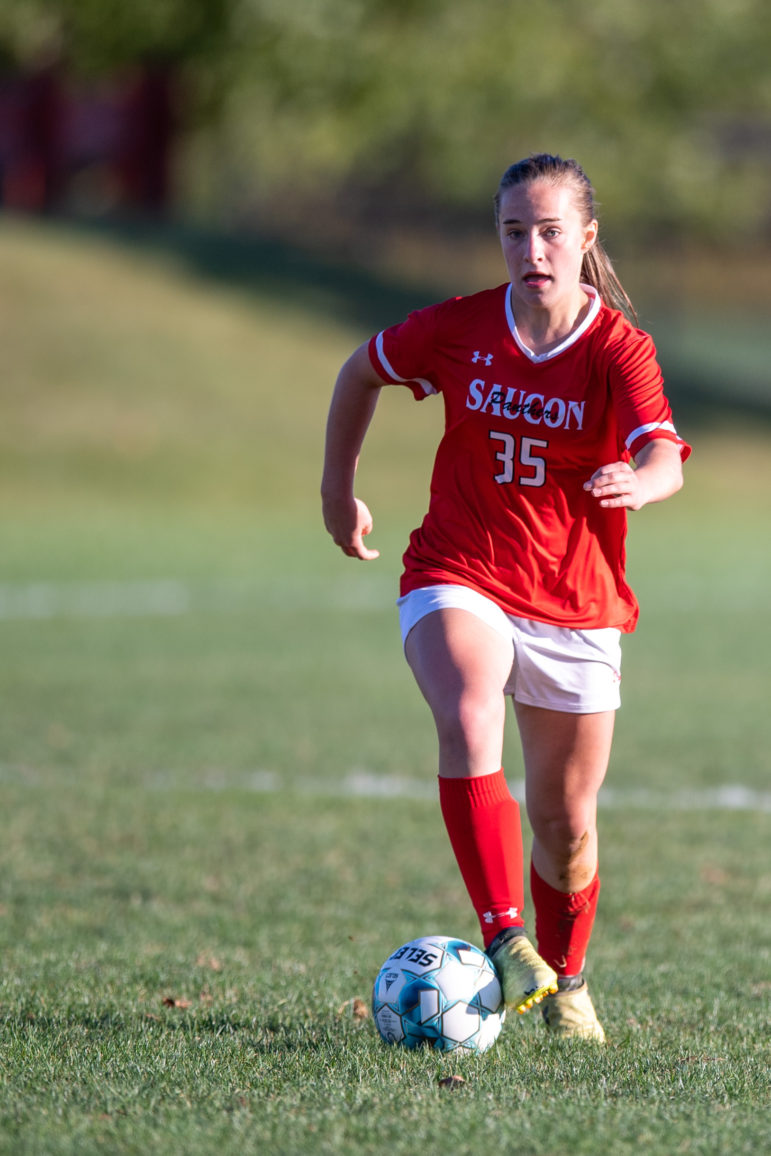 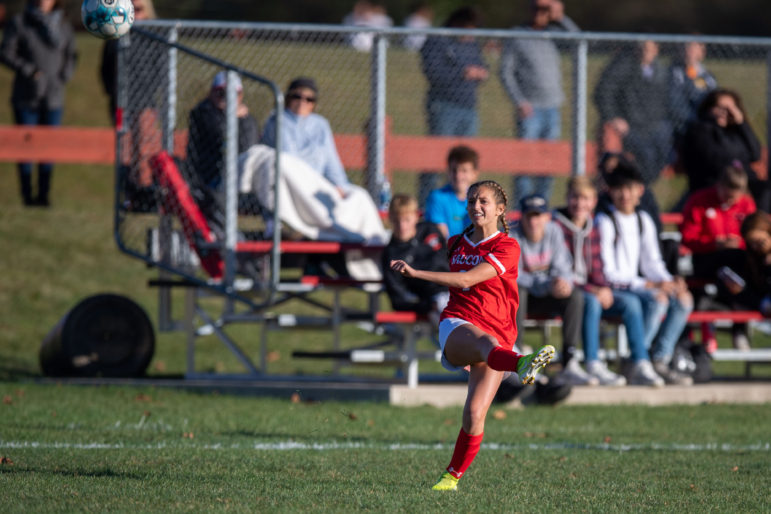 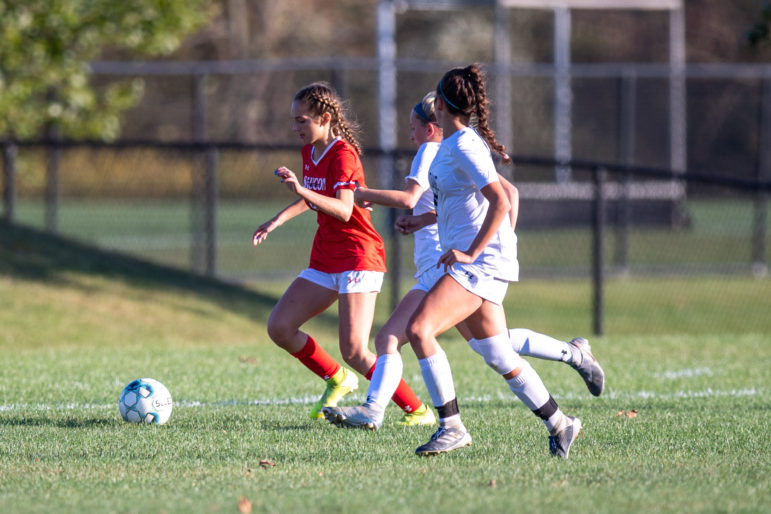 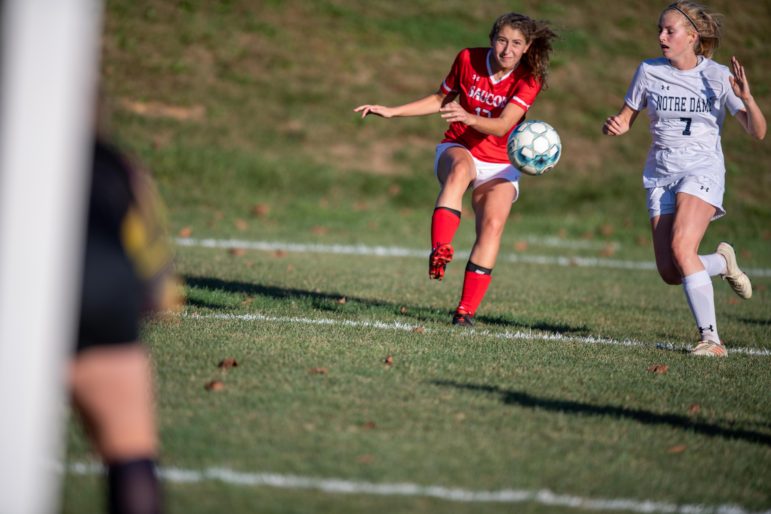 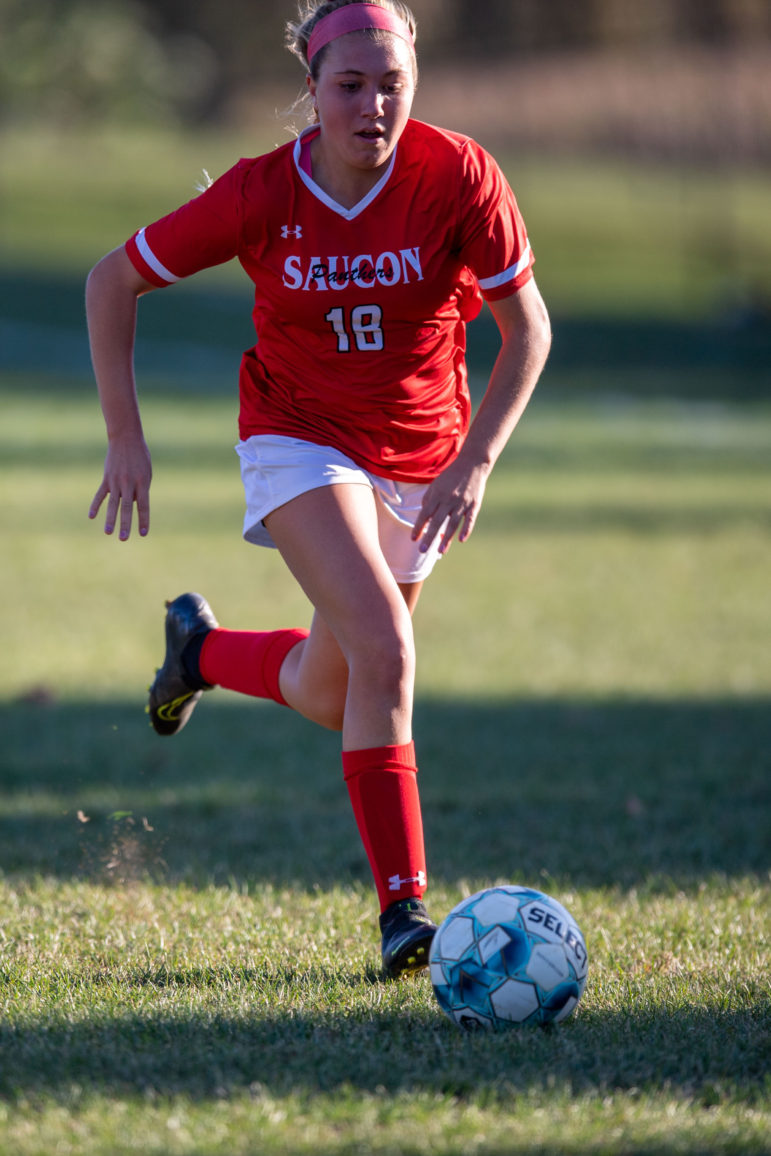