Note: This story has been updated with additional information from a Police Criminal Complaint filed in Northampton County District 03-2-04.

A Lower Saucon Township man is charged with misdemeanor counts of making terroristic threats and harassment after police say he allegedly threatened a pizza delivery driver who mistakenly went to his home Friday. 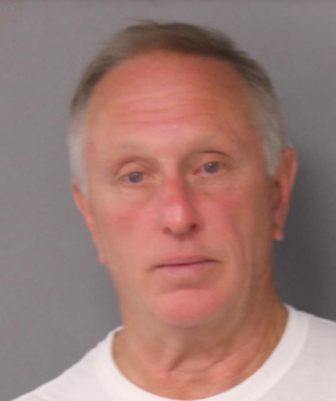 In a post on the department’s Crimewatch site Monday, township police said James McManus, 60, of the 2000 block of Susan Lane allegedly “began yelling, cursing and threatened to shoot and kill the pizza delivery person because he was at the wrong home.”

In a police criminal complaint written by Ofc. Willie Shelly, Shelly said he was alerted to the situation by the county’s 911 dispatch center at 8:36 p.m.

“Dispatch relayed there were threats of the resident shooting the caller, but unsure if a gun was displayed,” the complaint says.

When Shelly arrived at the scene he said he “noticed James McManus standing in his driveway with his arms crossed, chest out with no shirt on.”

At that time the local pizza delivery driver “provided verbal and written statements explaining that he was making a delivery to (an adjacent address) and his GPS took him to (McManus’s address).”

“(The driver) stated that when he made contact with McManus, he immediately began yelling at him,” Shelly wrote in the complaint. “(The driver) provided written and verbal statements that James McManus repeatedly threatened to kill him and shoot him.”

McManus was arrested and arraigned on the charges at Northampton County’s Central Booking Center, according to the news release.

Following the arraignment, McManus was released on $5,000 unsecured bail, according to court records.