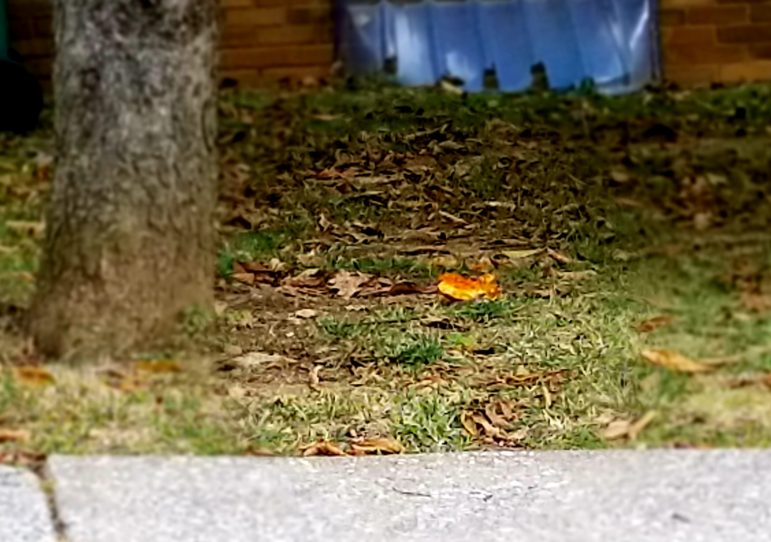 A piece of a pumpkin–presumably smashed in a senseless act of criminal mischief Friday night–lies on the grass in front of a Church Street home in Fountain Hill borough.

A resident reported on the neighborhood networking platform Nextdoor Saturday that Fountain Hill Police are being notified about an incident in which his family’s outdoor Halloween decorations were stolen or destroyed Friday evening. 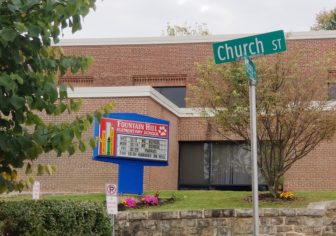 With its playground and open spaces Fountain Hill Elementary School is a natural magnet for young people in the area. Friday night that demographic included several miscreants who reportedly damaged or stole Halloween decorations from a nearby home.

While he was working Friday night, he said his wife heard the sound of young people laughing and taking outside their home and “thought nothing of it” until she suddenly heard “kids screaming and running away.”

“When she looked outside they had stolen Halloween decorations hanging on our tree and smashed and stole three of our pumpkins we had outside that our six-year-old was excited to have for trick-or-treaters,” Blasini said.

“Please be alert of a group of kids or teenagers in the area who may do this to your house as well,” he added.

Nearby residents have been chiming in on the post to describe similar incidents that have happened to them in the area and express sympathy over what seems like a senseless act.

Trick-or-Treat in Fountain Hill this year is being held Friday, Oct. 25 from 6 to 8 p.m.

If you have experienced or been a victim of an act of criminal mischief, the Lehigh County non-emergency dispatch number is 610-437-5252. 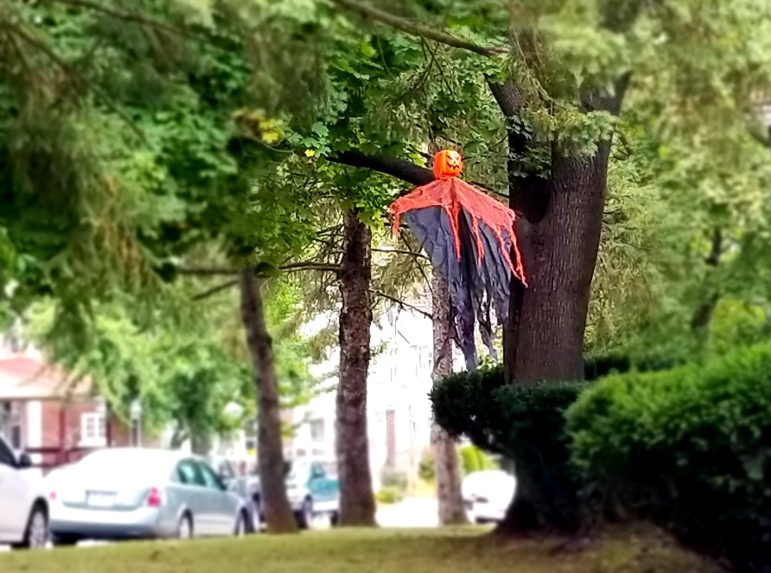 A “spooky-scary” ghost hangs from a tree along Church Street in Fountain Hill. Unfortunately its effect wasn’t enough to scare off a group of juveniles who reportedly destroyed and stole Halloween decorations from a home there Friday night.