It is an unwritten rule that high school soccer teams choose to have their senior day when they are playing a team they feel they can easily beat. At the end of the game Thursday night, Notre Dame was regretting their decision to host the Saucon Valley boys soccer team on the night they chose to honor their seniors.

From the moment they stepped on the field spectators could see that both teams wanted to win their last game of the league’s regular season. There was even possession for the beginning of the game, with the ball on both sides of the field. With 32:18 left in the first half, senior Zach Nicholas scored on an assist from senior Zack Mikuta, putting Saucon on the scoreboard. 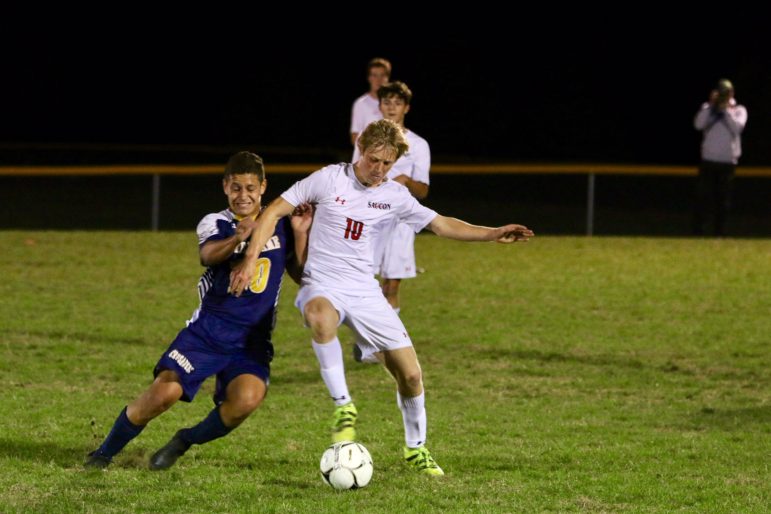 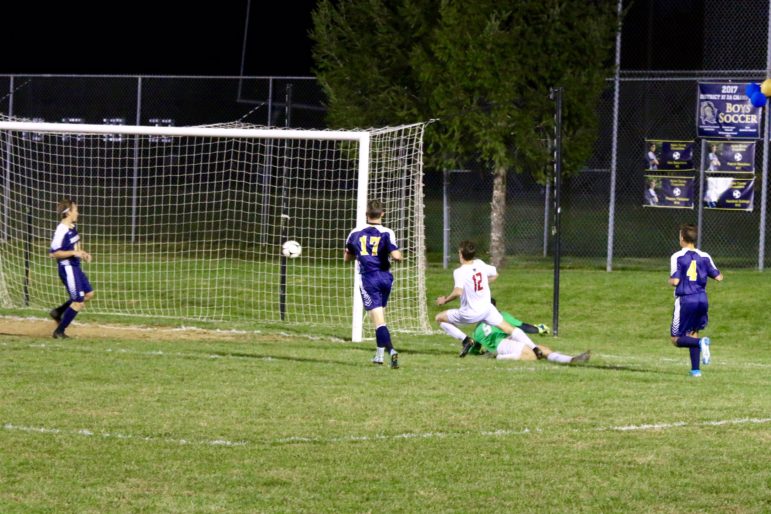 Both Saucon and Notre Dame had several chances to score, but the ball either went over the net or the goalies were able to make saves, keeping the ball from going in. The first card of the night was a yellow card given to Notre Dame’s #13 for a push from behind. Saucon tried to capitalize on their penalty, but just wasn’t able to make the target. 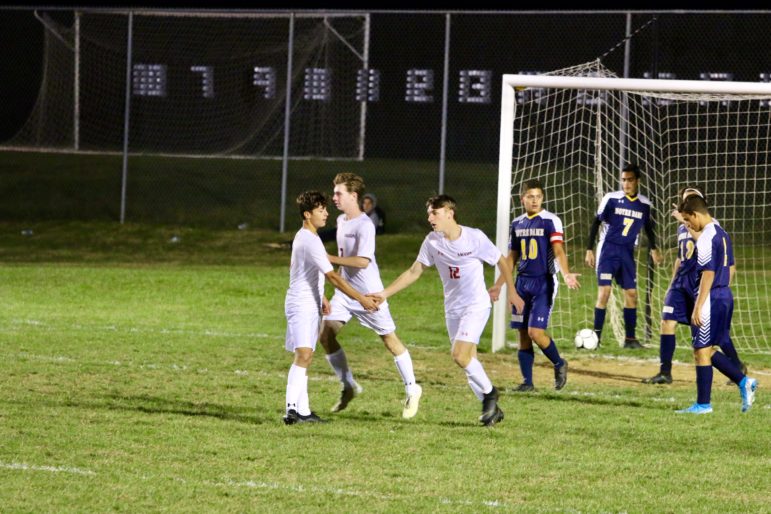 Jacob Christopher and Ethan Kennedy congratulate Zach Nicholas on his goal as Notre Dame looks on in disbelief. 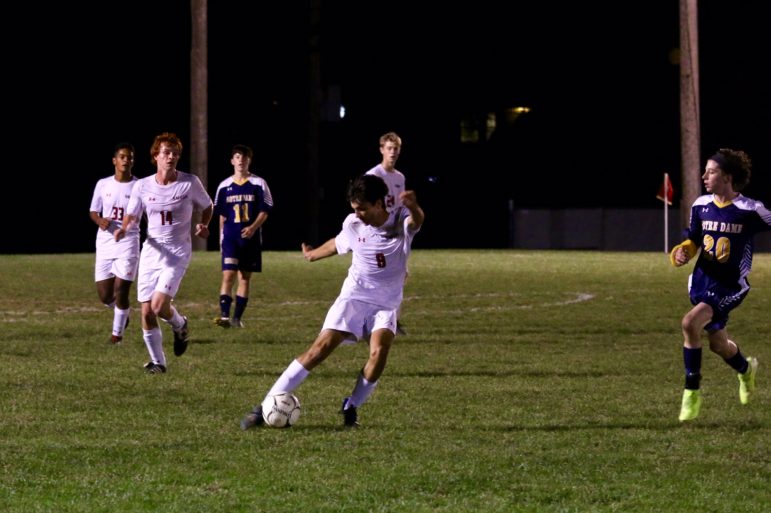 Zach Appel moves the ball down the field.

Things started to get heated in the second half with Saucon up 2 and Notre Dame not on the board. But Notre Dame was not going down without a fight. Spurred on by the boisterous fans, the Crusaders played physically and tried to take advantage of every opportunity they had. But they couldn’t stop senior Matt Konkolics from scoring, which put the Panthers at a comfortable 3-0 lead. Senior goalie Nick Snead had a great save denying Notre Dame a chance to get on the scoreboard. 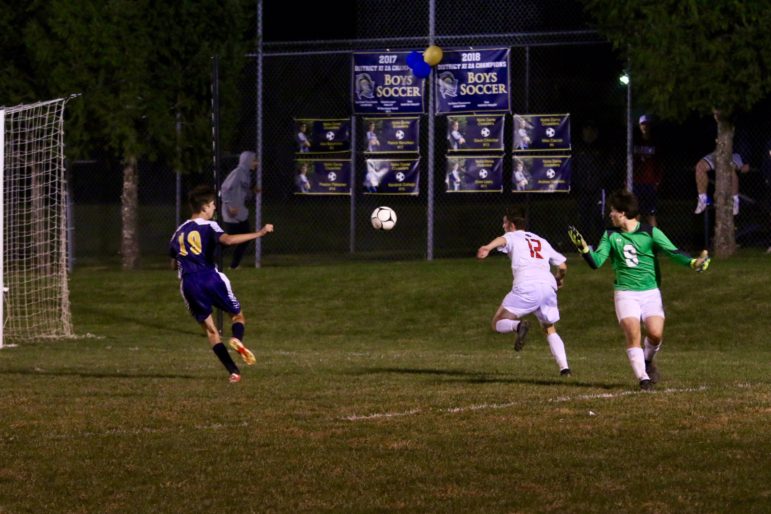 Zach Nicholas gets past the entire Notre Dame defense to score his second goal of the night. 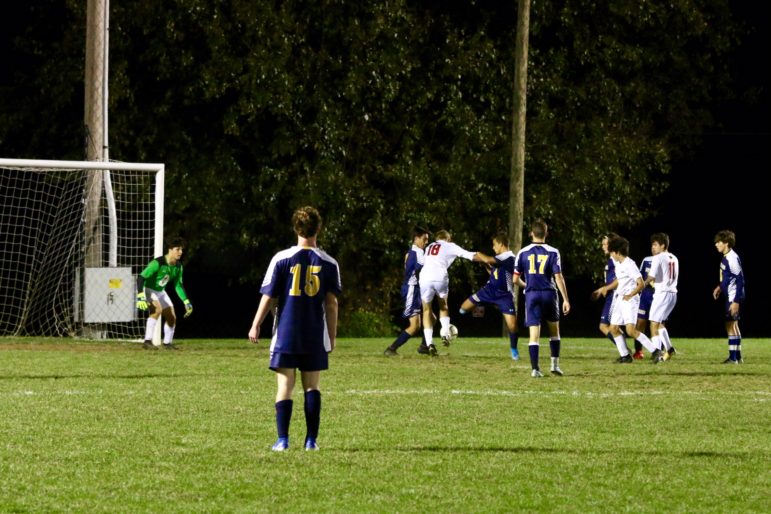 Matt Konkolics scores the third and final goal of the night.

After Notre Dame’s #13 received his second yellow card, he was ejected from the game, leaving Notre Dame playing one man down for the rest of the game.

Boos, jeers and rude comments from the Crusader fans did nothing to sway Saucon from their mission: a shutout on Notre Dame’s Senior Night.

That mission was accomplished by a final score of 3-0, Saucon Valley.

Ironically, Saucon (third in the league, 10-2-0) will face Notre Dame (sixth in the league, 7-5-0) in the league’s quarterfinals Saturday. The game is being played at noon at Northern Lehigh following the Saucon girls game.