The same teams playing each other only two days since they last squared off. How often does that happen? That’s exactly what happened to the Saucon Valley boys soccer team.

After a contentious game against Notre Dame-Green Pond on Thursday, when the Panthers shut out the Crusaders 3-0 on their Senior Night, the two teams met again in the Colonial League’s reinstated Quarterfinals Saturday. This time the stakes were much higher, with the winner advancing to the semifinals to face Southern Lehigh. The losing team would just go home, ending their quest for the Colonial League championship title. 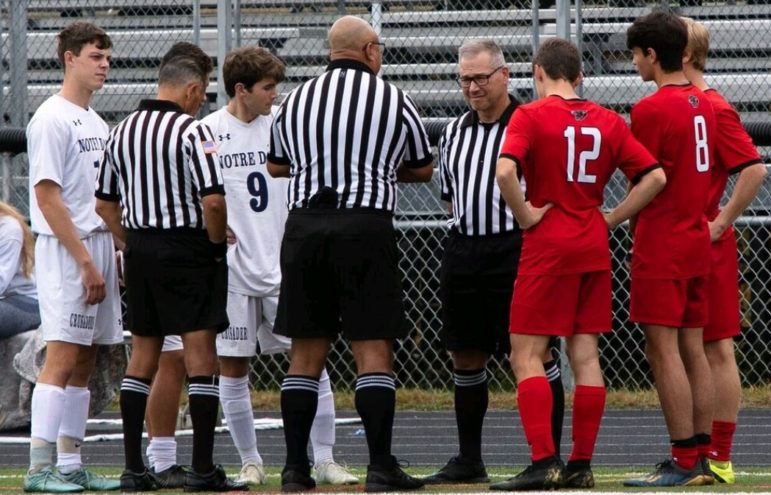 Co-captains Zach Nicholas, Zach Appel and Zack Mikuta at the coin toss before the start of the game.

Notre Dame was clearly out for revenge for Thursday’s shutout, but in order to win they would have to contain Saucon’s slippery offense as well as get by their dependable defense.

Quick to the ball, Saucon had the first shot, but the Notre Dame goalie was able to get his hands on the ball stopping a scoring opportunity. Notre Dame followed quickly with a shot to Saucon’s goal, but senior Nick Snead was able to deflect it and the score remained tied at 0-0.

Nick Snead makes a beautiful save.

Despite the Crusaders’ best efforts, they just couldn’t contain Saucon senior Zach Nicholas. Assisted by junior Erik Brown, Nicholas was able to get past the defenders and draw the goalie out of goal to bury the ball in the net with his left foot, putting Saucon on the board. 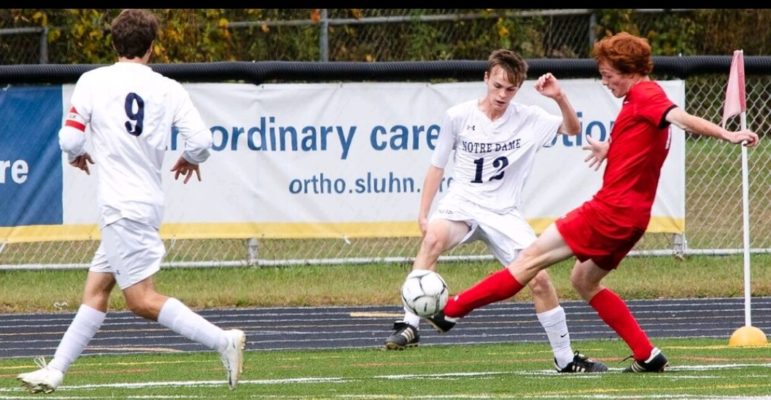 Eric Brown gets an assist for the first goal of the game.

The rest of the first half saw attempts by both teams, but neither found the net. The first half ended with Saucon up 1-0.

Only five minutes into the second half, senior Zack Mikuta sent a beautiful ball to Zach Nicholas, resulting in Nicholas scoring his second goal. 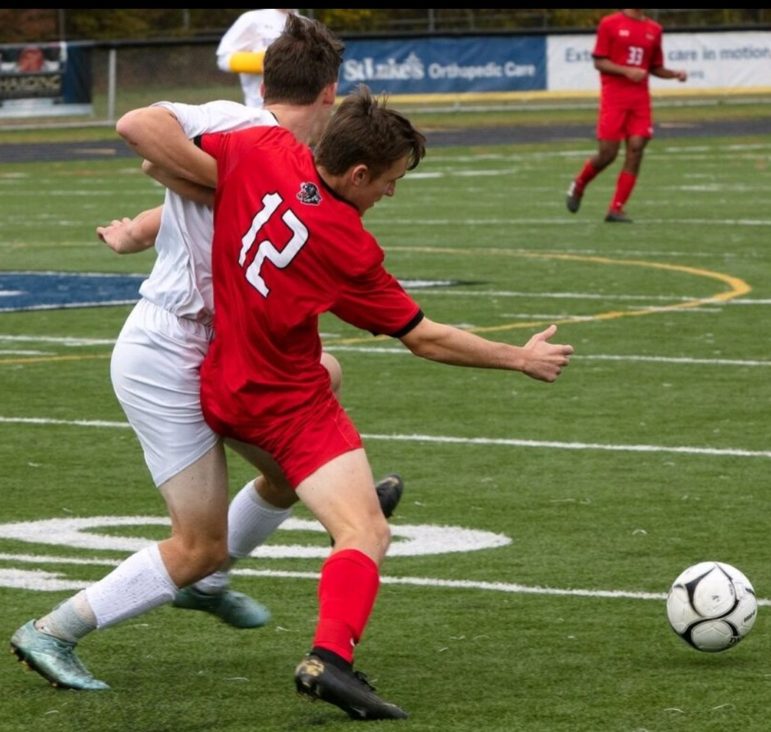 A Crusader defender in a futile attempt to try to contain Zach Nicholas.

The Notre Dame defense is no match for Zach Nicholas.

The play on turf is usually fast and this was definitely a fast game. There was a lot of back and forth and then at one point the Crusaders seemed to take control of the game with four consecutive free kicks. Unfortunately with less than 12 minutes left in the game, the last free kick resulted in a goal for Notre Dame. Soon after, the Crusaders’ #4 received the first yellow card of the game. 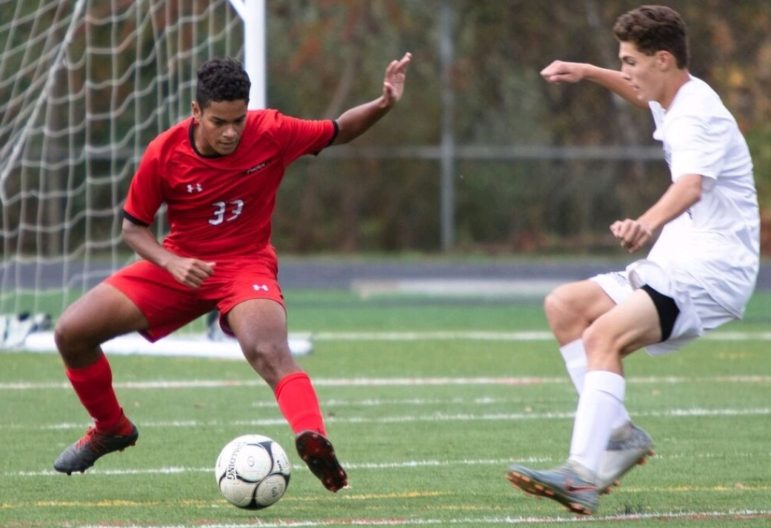 The pace quickened at the end and the energy was frantic, with Notre Dame trying to even the score and Saucon doing everything they could to keep the lead.

Deep into the second half was a nailbiter, when the ball just wouldn’t get out of Saucon’s 18, but the defense managed to stay strong and keep the Crusaders at bay.

There was an audible sigh of relief when the buzzer sounded and the Panthers knew for a fact they were moving on to the semifinals.

The final score was 2-1, Saucon Valley. 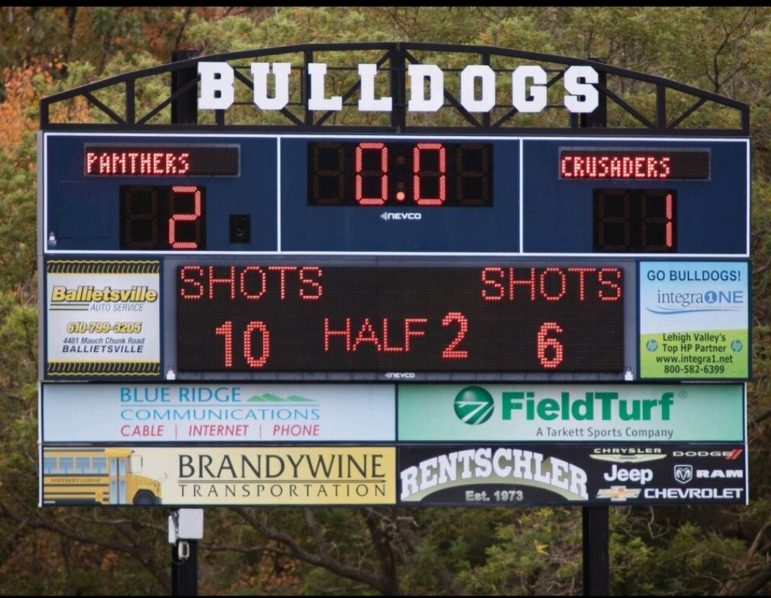 Bad feelings from Thursday’s romping, coupled with kicking the Crusaders out of contention for the championship, were evident in some comments by Notre Dame’s fans and an obscene gesture from one of their parents, but overall there was a little calmer atmosphere than at Thursday’s game.

Saucon takes on second seed Southern Lehigh Tuesday at Salisbury at 7 p.m. The Panthers have definitely improved their play since they last met the Spartans and they are looking forward to facing the team that beat them in overtime in league play.

Good luck Saucon. The Source is with you!