An arrest warrant has been issued for a Bethlehem city man in a case in which Lower Saucon Township Police say he was paid for “work at a residence” that he allegedly never completed.

In a post published on their Crimewatch site Friday, township police said Matthew Francis Firman, 30, was paid $2,000, but didn’t complete the work and then “only reimbursed $600 after being given multiple opportunities to do so.”

Police said the incomplete job was in the 900 block of Moravia Street, and the date of the alleged offense is listed as Oct. 2 in court records.

Firman lives in the 500 block of Pine Top Drive in Bethlehem, according to online public records.

According to information that is public on his Facebook profile, he owns a business called Elite Sealcoating & Property Maintenance, which is located in Upper Nazareth Township according to the contractor recommendation website BuildZoom.

The charges Firman is now wanted on are Theft By Failure to Make Required Disposition of Funds, Receiving Stolen Property and Theft By Deception-False Impression, all of which are classified as first-degree misdemeanors on the criminal court docket sheet filed Oct. 18 in Northampton County District Court 03-2-04 in Lower Saucon Township.

Anyone with knowledge of Firman’s whereabouts or with information about this case is asked to submit an anonymous tip through the Lower Saucon Township Police Department’s Crimewatch page or to call the department at 610-317-6110.

Firman is described by police as being 6 feet tall, 220 pounds and white, with hazel eyes and brown hair.

The photo below of Firman was shared on his Facebook page on Sept. 5, 2019. A different photo of Firman is published on the police’s Crimewatch post about the case. 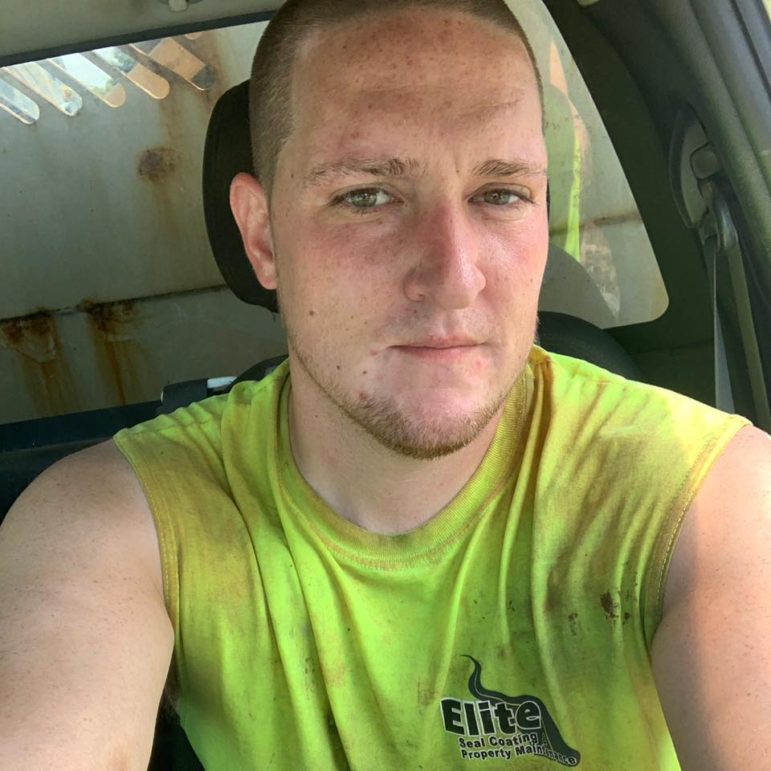 Matthew Firman publicly shared this selfie on Facebook on Sept. 5, 2019. Lower Saucon Township Police say he was paid money for a contracting job he never completed, not all of which has been reimbursed.