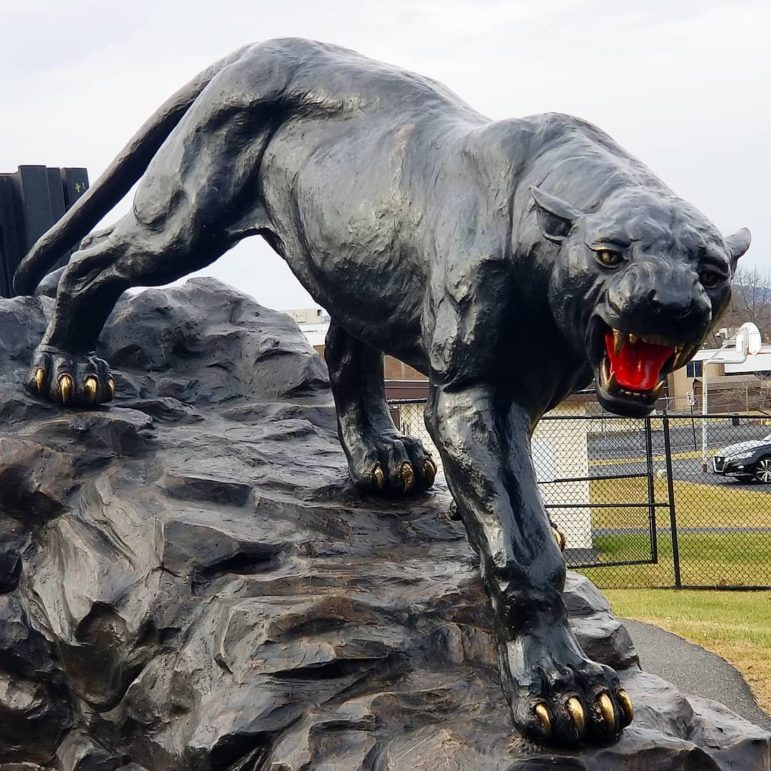 This life-size representation of Saucon Valley’s beloved mascot–the panther–will no doubt strike fear in the hearts of the Panthers’ opponents whenever they see it at the school district stadium.

On Dec. 6, a small but jubilant group of Saucon Valley alumni gathered at the district stadium to take delivery of a panther statue so life-like it appears ready to jump off its base. It was a gift you could say was more than 50 years in the making.

The life-size sculpture of a panther on the prowl was commissioned as a fearsome homage to the school district mascot and will be installed at the stadium in the spring.

It is a gift from the Class of 1968, whose members came up with the idea for a class gift at their 50th reunion and later received school board permission to place the statue at the stadium.

“We asked classmates to contribute,” explained Gary Peters, ’68. “We raised $6,000, with one classmate donating $5,000. Once we had the money we then had to decide what type of a gift we should get. I came up with the idea of a panther statue that was approved by the entire reunion planning committee.”

Peters along with Blake Heffner, Ronnie Roba and Dean Schaffer then formed a statue subcommittee which conducted online research that spanned the globe.

Initially, Peters said, the plan was to order a statue from a Chinese company. The class member who had donated $5,000 to the fund however agreed to donate more money in order to find an alternate production facility.

After considering a company in Baltimore, the committee eventually found All Classics in Newark, Del. 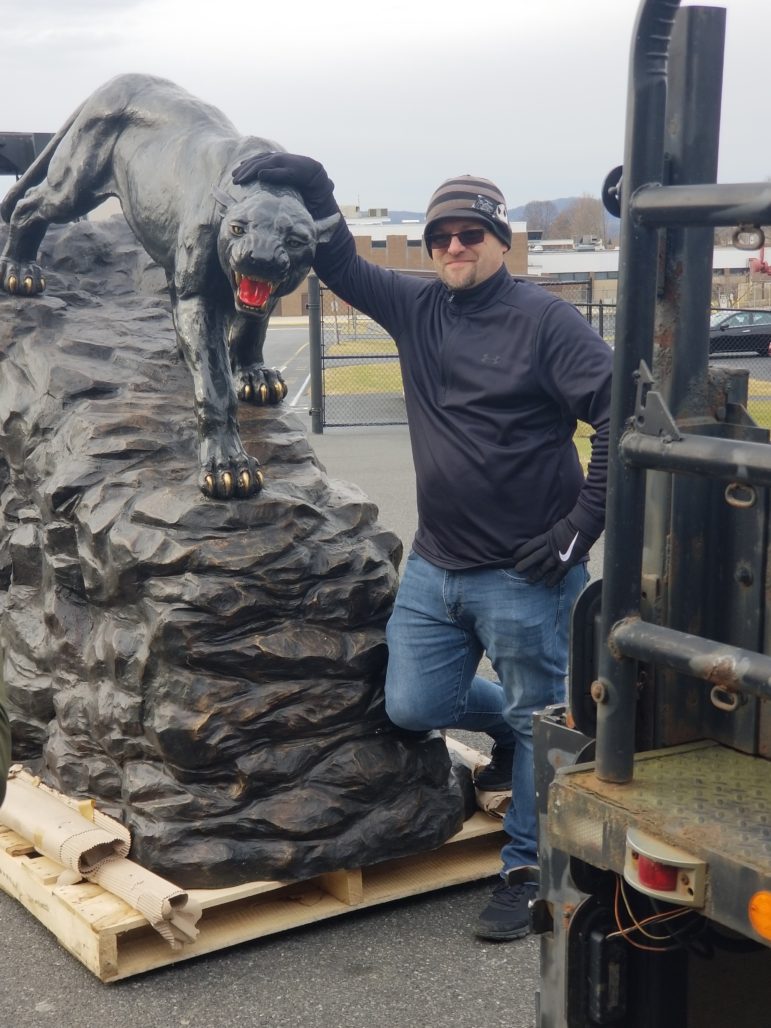 The owner of the Delaware company that had the statue cast in Thailand delivered it to the school district on Dec. 6.

“They had good references and we signed a contract with them,” Peters said, explaining that the group “then went though the process of designing a sculpture from scratch.”

That involved modifying a design called “aggressive panther” in All Classics’ catalog  and having an artist in the Bangkok foundry where the statue would be cast develop a rock base for it to stand upon.

After seeing a prototype statue in January, Peters said the committee asked for some changes, which were delayed when the Thai artisan who’d been working on the project became ill. Eventually, a full-size wax and clay mock-up was completed and approved, and that was used for the casting, which was completed in early September.

More waiting followed as the panther had to be shipped across the Pacific from Thailand to Baltimore. From there it was delivered to Newark, and then to the district stadium.

Although there was an impromptu unveiling of the statue during its delivery, a more formal ceremony is likely to be held at some point in the future, after the concrete pad on which it will be anchored is poured.

“We just decided today to wait until spring to place it on the pad,” he said Friday. “Not many people will see it right now and the weather will be more favorable in the spring. So the panther will spend the winter in the garage where it is safe and dry!”

Peters said the dediction ceremony may be held at the first home football game in 2020, but nothing has been officially decided at this time. 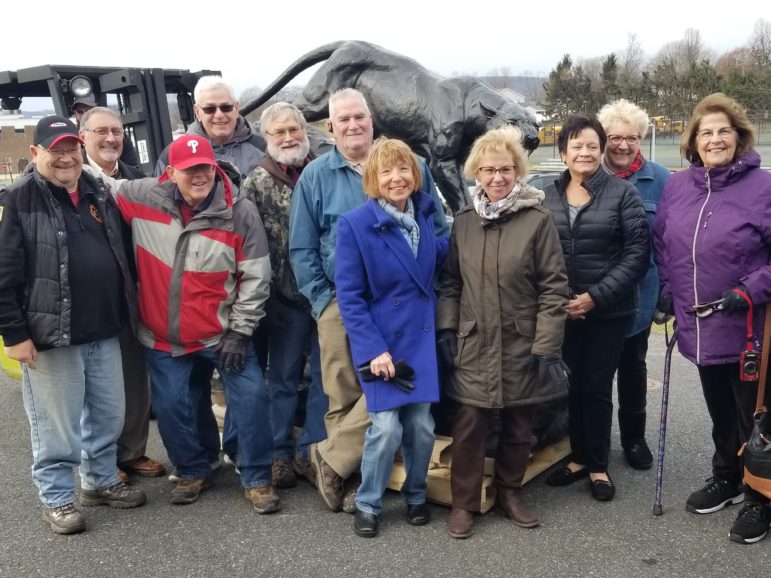 Proud members of the Class of 1968 stand with the panther statue on the day it was delivered to the Saucon Valley School District stadium. 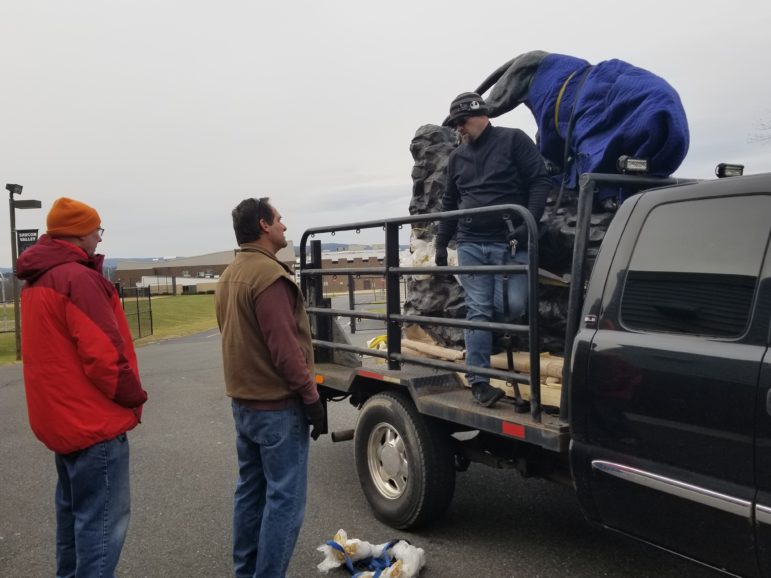 The Panther arrived covered in a blanket, which helped protect it from the elements on its journey from Newark, Del., to Hellertown.