Lower Saucon Township Police said Thursday they have issued a warrant for the arrest of a man who allegedly fled in a car when they attempted to stop him near Rt. 378 Jan. 30.

In a post on the department’s Crimewatch site, police said Luis Miguel Cruz, 20, of Bethlehem, is wanted on a felony charge of fleeing or attempting to elude a police officer. 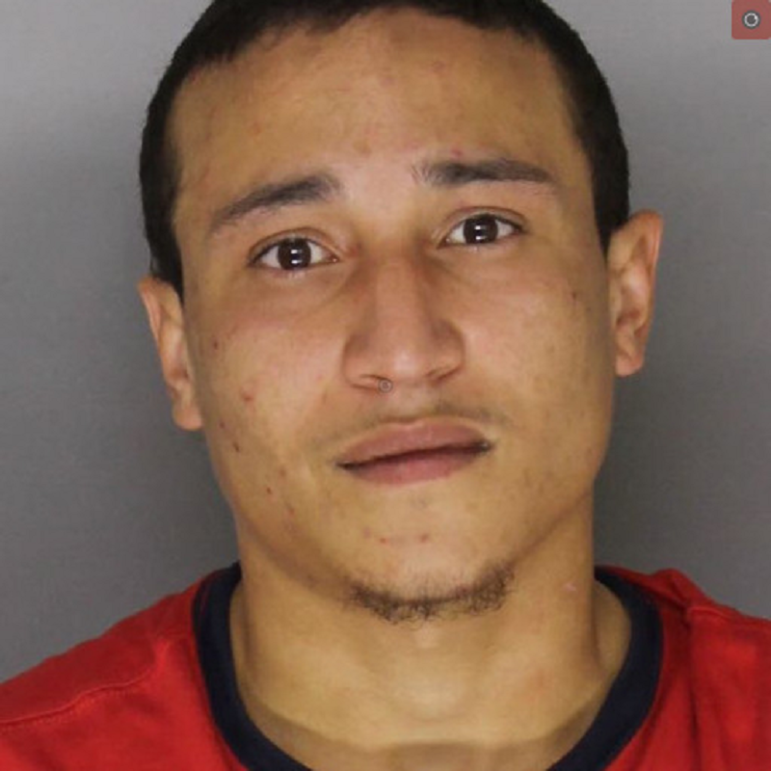 Luis Miguel Cruz is wanted by Lower Saucon Township Police on a felony charge of fleeing or attempting to elude a police officer.

Police said the alleged incident began at around 11:19 a.m., when an officer “encountered a suspicious vehicle, a light blue ford Escape on Black River Road at Rt. 378, and began following the same.”

Police said the vehicle Cruz was allegedly operating at the time then traveled west on Black River Road before turning onto Wydnor Lane and Carls Lane, before turning around at a dead end.

“As police were about to approach the vehicle…it drove around the police unit into a resident’s yard and fled onto Wydnor Lane,” the news release indicated.

Police said that when they again tried to stop Cruz, he allegedly drove through a grass field off Wydnor Lane and onto a private lane, before turning onto Black River Road and allegedly fleeing from them “at a high rate of speed.”

When Cruz approached the intersection of Black River Road and Rt. 378 police say he allegedly went around a stopped vehicle, ran a red light and then fled at a high rate of speed east on Black River Road.

Police said they discontinued their pursuit of the vehicle “due to the reckless driving.”

Cruz is also charged with reckless driving, trespassing via a motor vehicle, driving on a suspended license, failure to stop at a red light, disregarding a traffic lane and failing to stop at a stop sign, according to police and court records.

Anyone with information about Cruz’s whereabouts is asked to contact the Lower Saucon Township Police Department by calling 610-317-6110 or submitting an anonymous tip online.