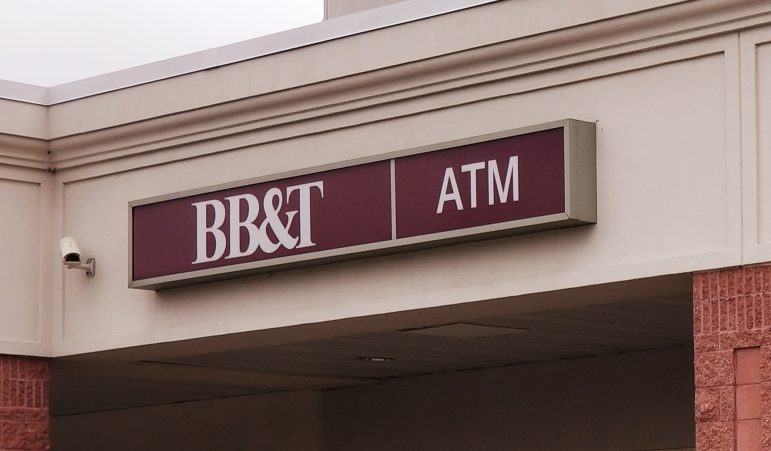 The BB&T bank branch inside the Coopersburg GIant will close June 2. A letter about the closing was mailed to customers with accounts based at the branch Feb. 28.

Fans of convenience banking at the BB&T bank inside the Coopersburg Giant are no doubt unhappy that the branch will close June 2.

According to a letter to bank customers dated Feb. 28, 2020, the branch located at 216 E. Fairmount Street will close for good at 2 p.m. that Tuesday.

“There is nothing you need to do with your accounts,” the letter says. “Rest assured, you’ll continue to receive the personal care you’ve come to expect from BB&T, and experienced associates are available to serve you at the Richland Marketplace financial center located at 604 N. West End Blvd., Quakertown, PA 18951.”

Customers with safe deposit boxes in the Coopersburg Giant branch are receiving information in separate mailings, according to the letter.

Although Saucon Source was not able to confirm it with the company Friday, a source familiar with the local banking industry said that in addition to the Coopersburg branch, BB&T plans to close its other in-store Giant branches throughout the Lehigh Valley.

Those branches are located in Wind Gap, Coplay and Nazareth, according to the BB&T website.

In addition to the Quakertown branch, there is a standalone BB&T branch in Hellertown.

BB&T announced its merger with SunTrust–another regional bank based in the South–last year.

It also announced that the company formed by the merger would be called Truist.

Local branches have not yet adopted the name change, however signage referring to it was on display Friday.

Customers with questions about the closing of the Coopersburg Giant BB&T branch can call 610-282-2860 or stop by the branch for more information.

A banker at the branch Friday confirmed that employees affected by the closure will have the opportunity to transfer to other branches.